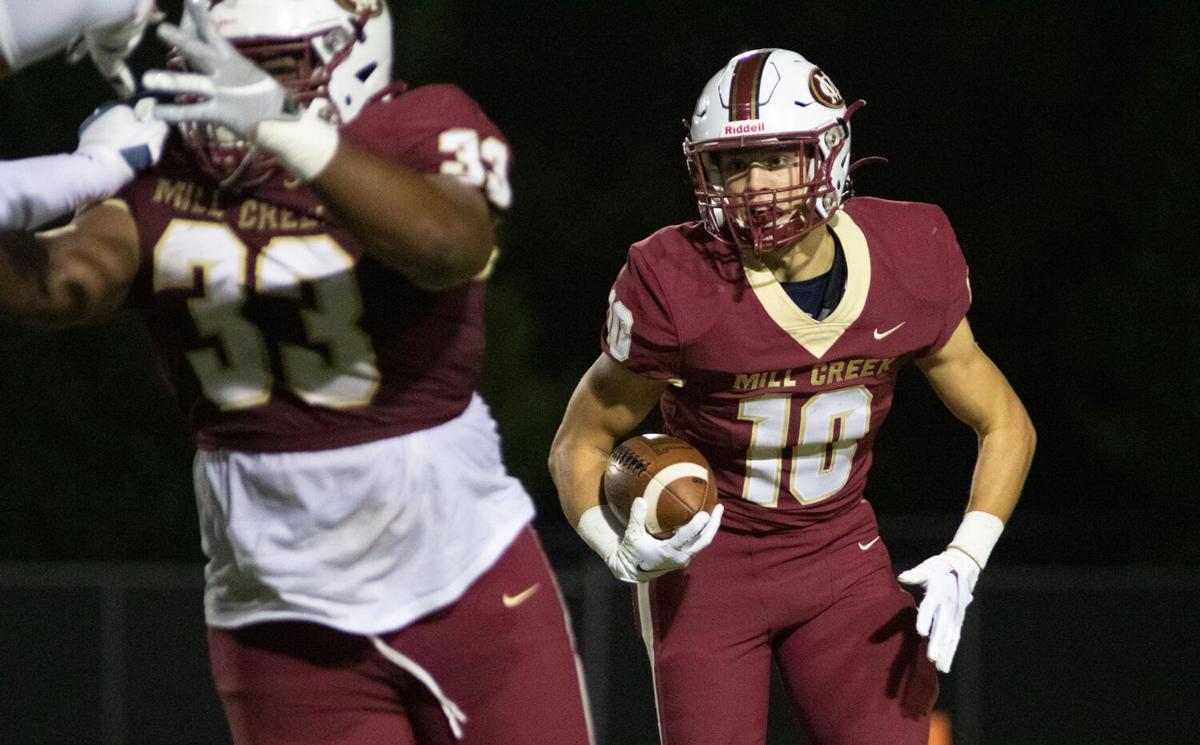 Mill Creek’s Thurman Harris (10) runs behind the block of Christian McIntyre against Newton on Friday. 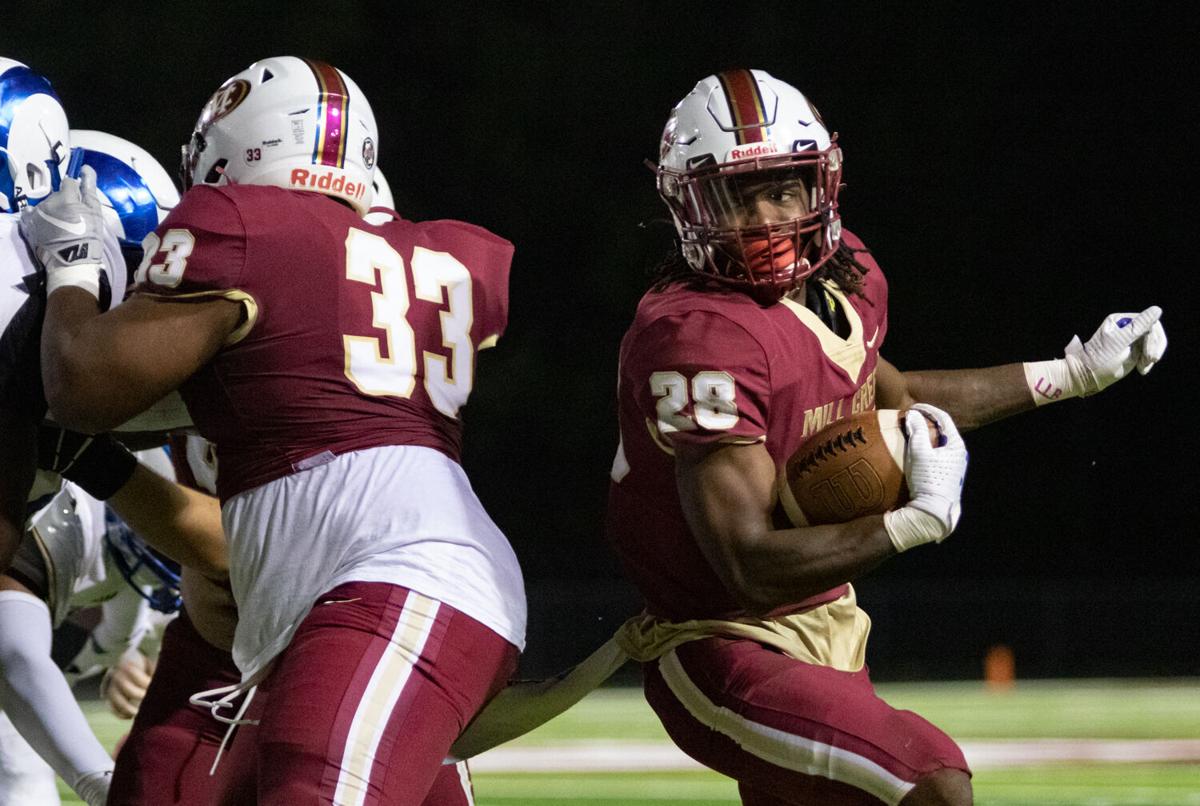 Mill Creek's Josh Battle (28) runs behind a block from teammate Christian McIntyre (33) in a victory over Newton. 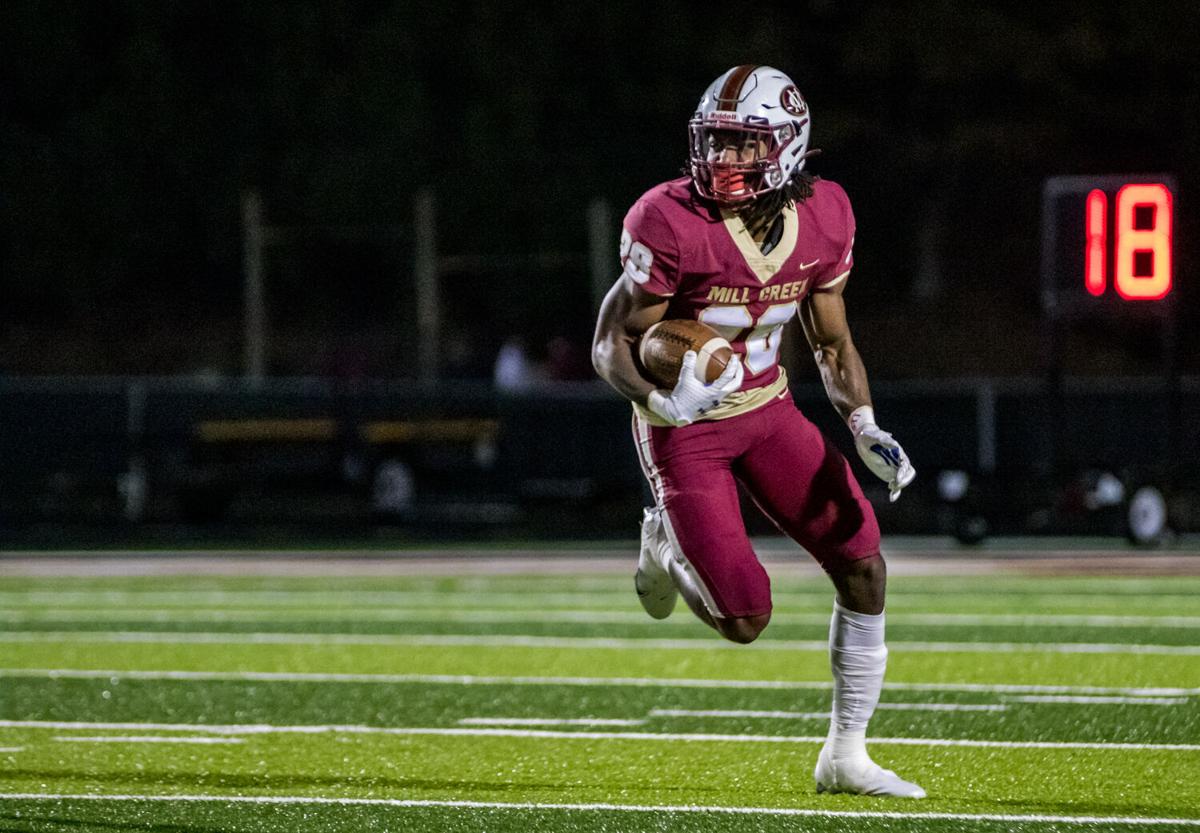 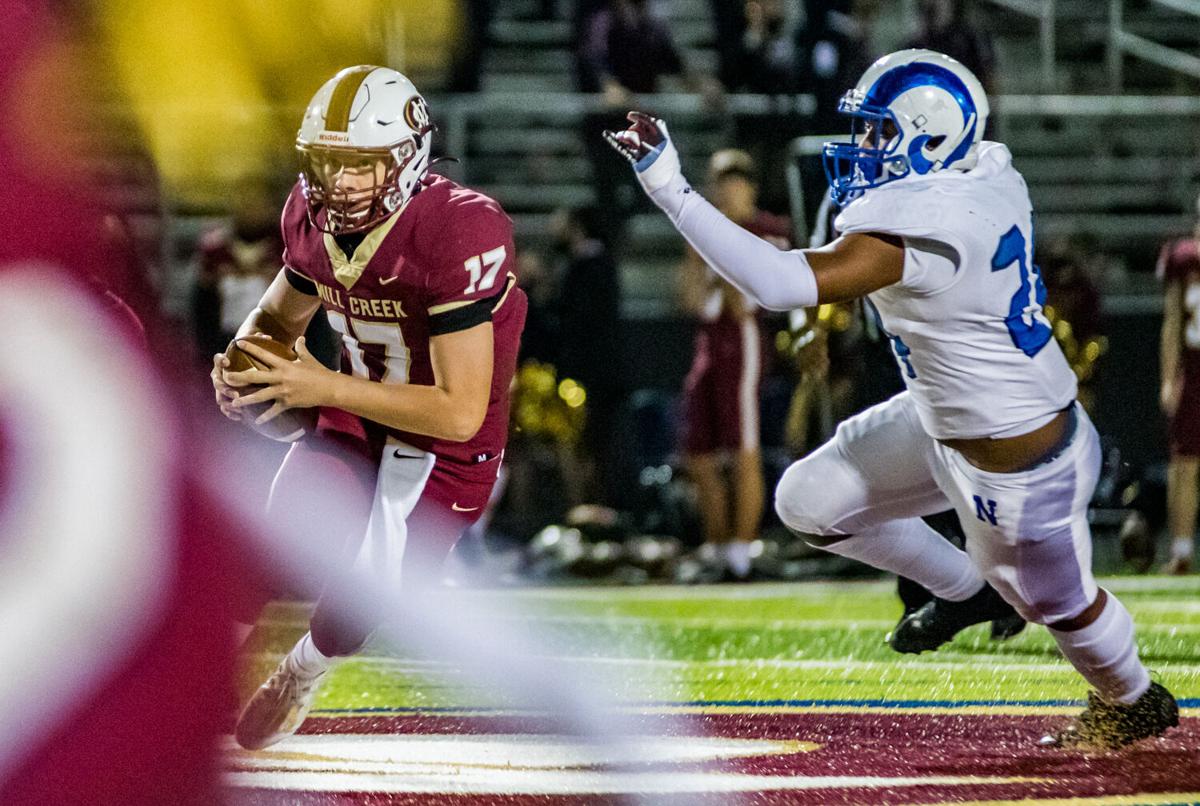 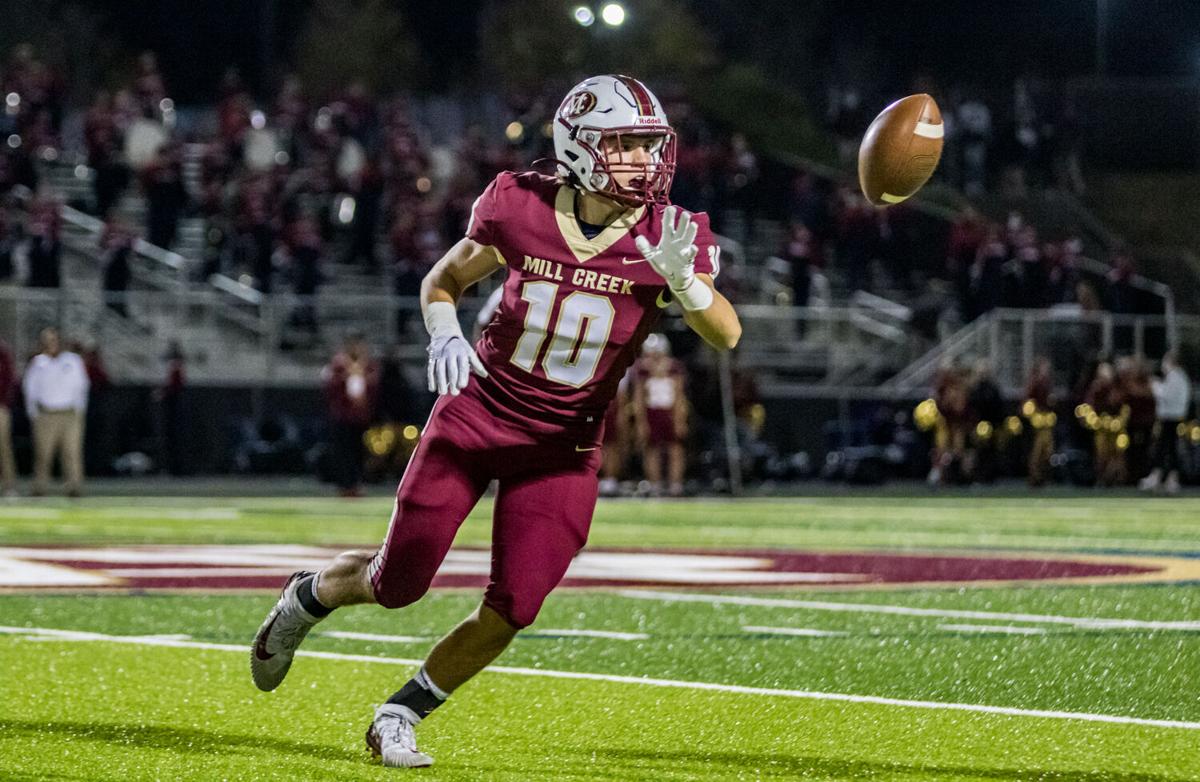 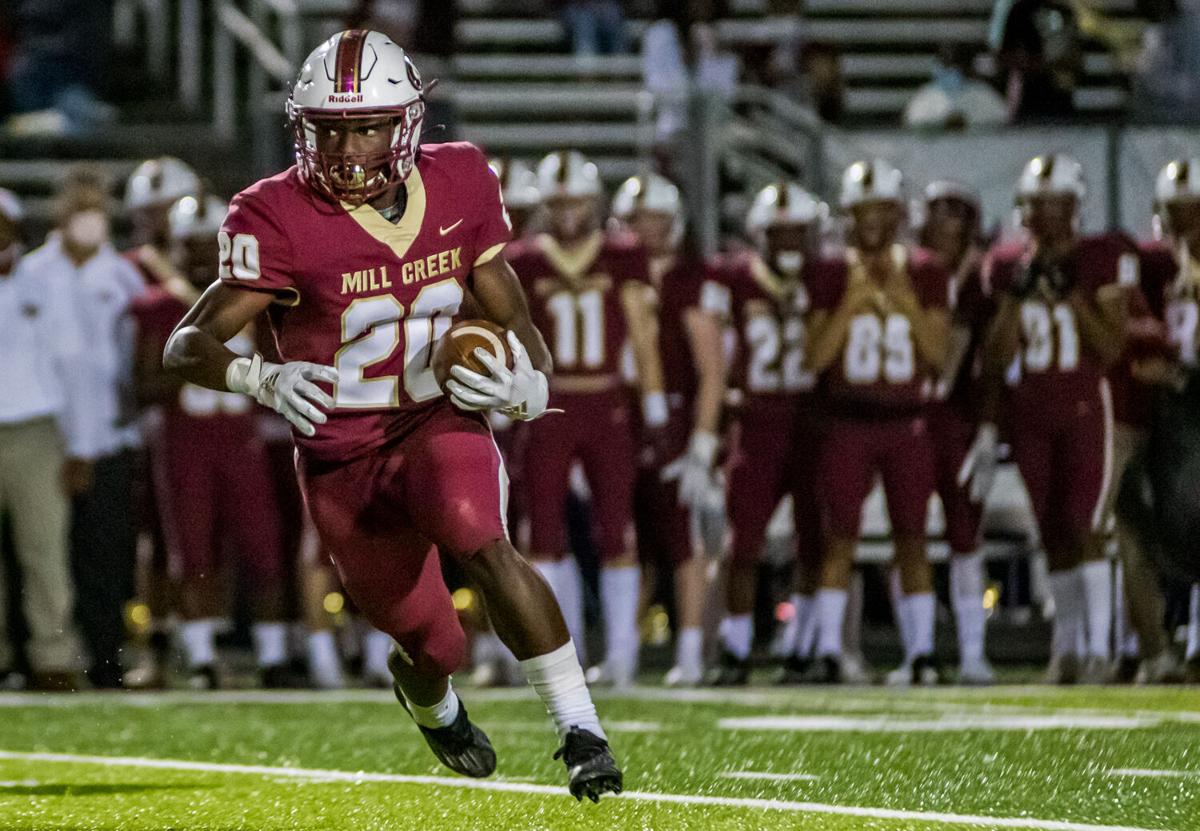 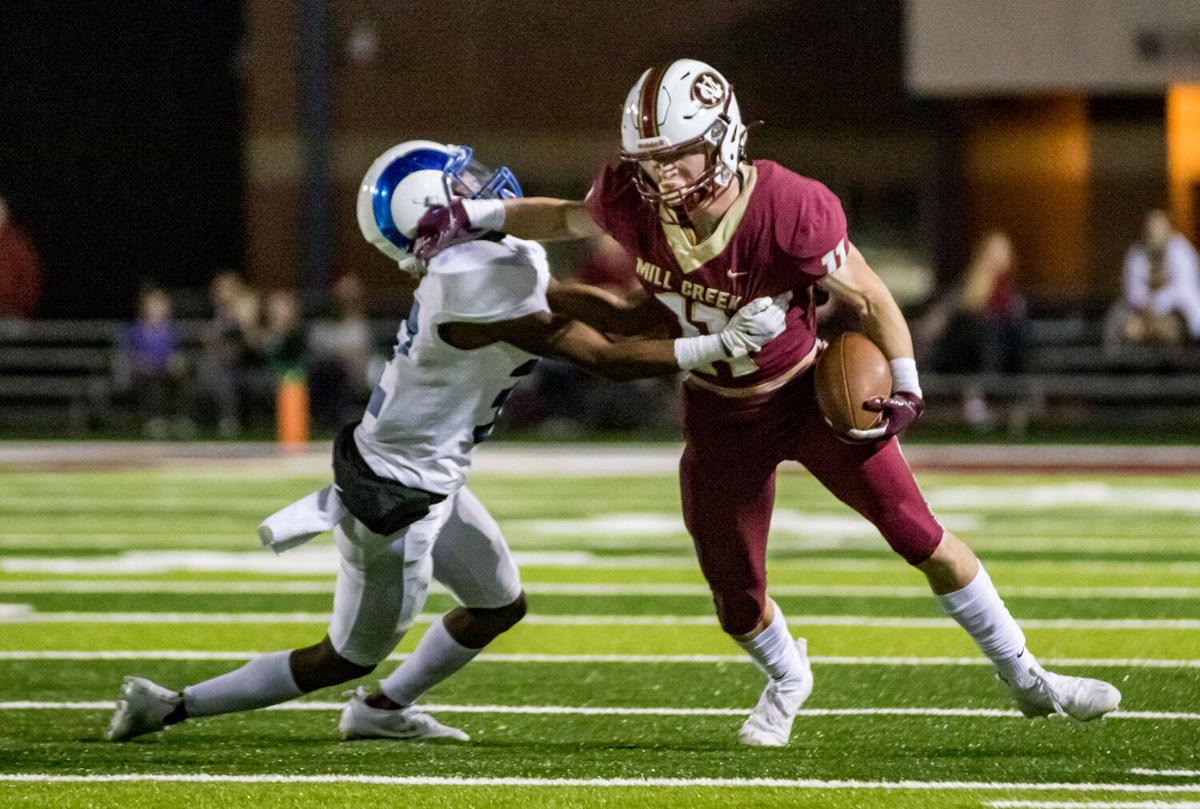 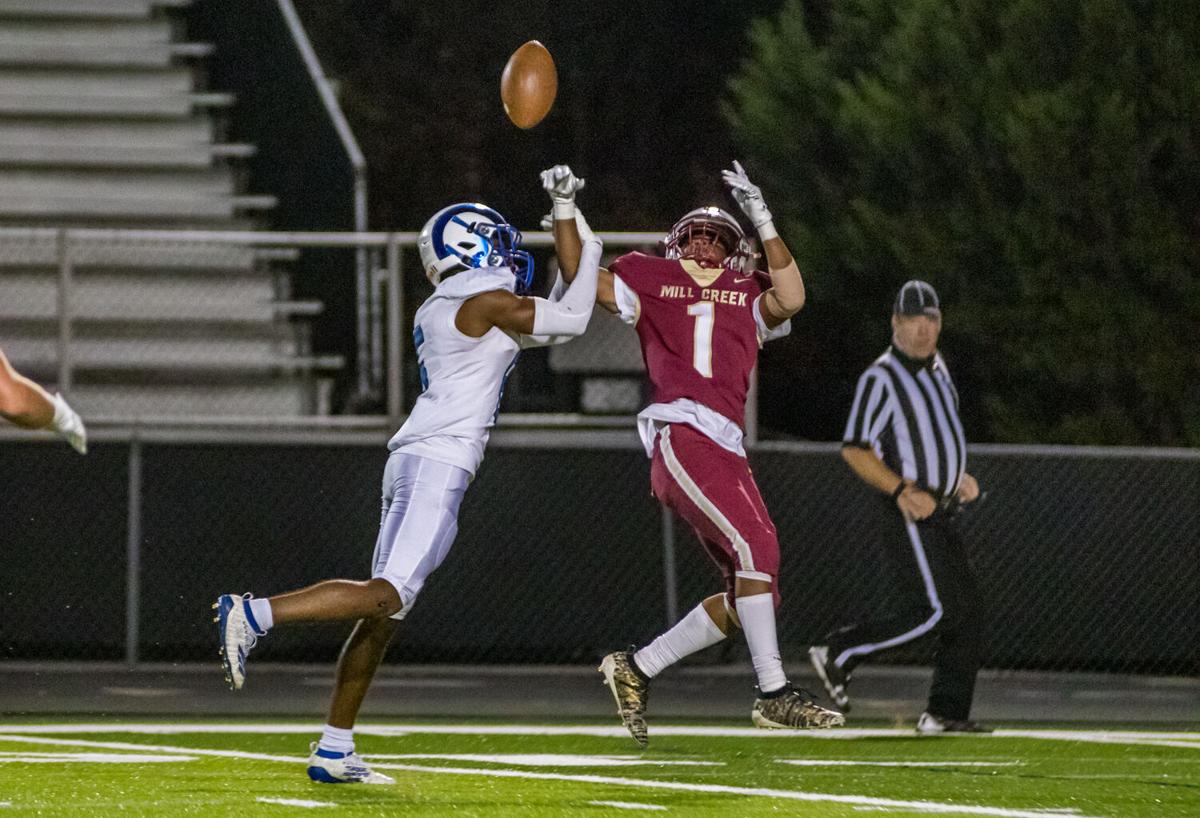 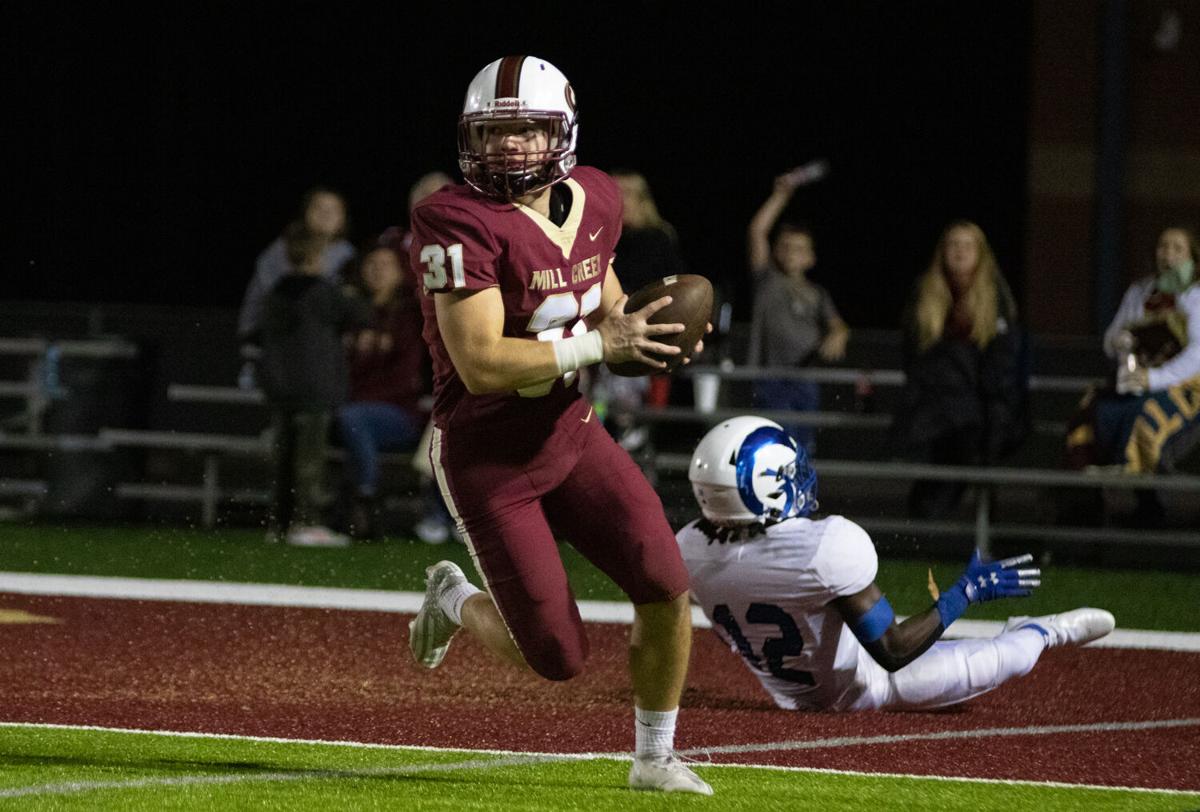 Mill Creek's Brock Pellegrino (31) runs out of his end zone Friday against Newton. 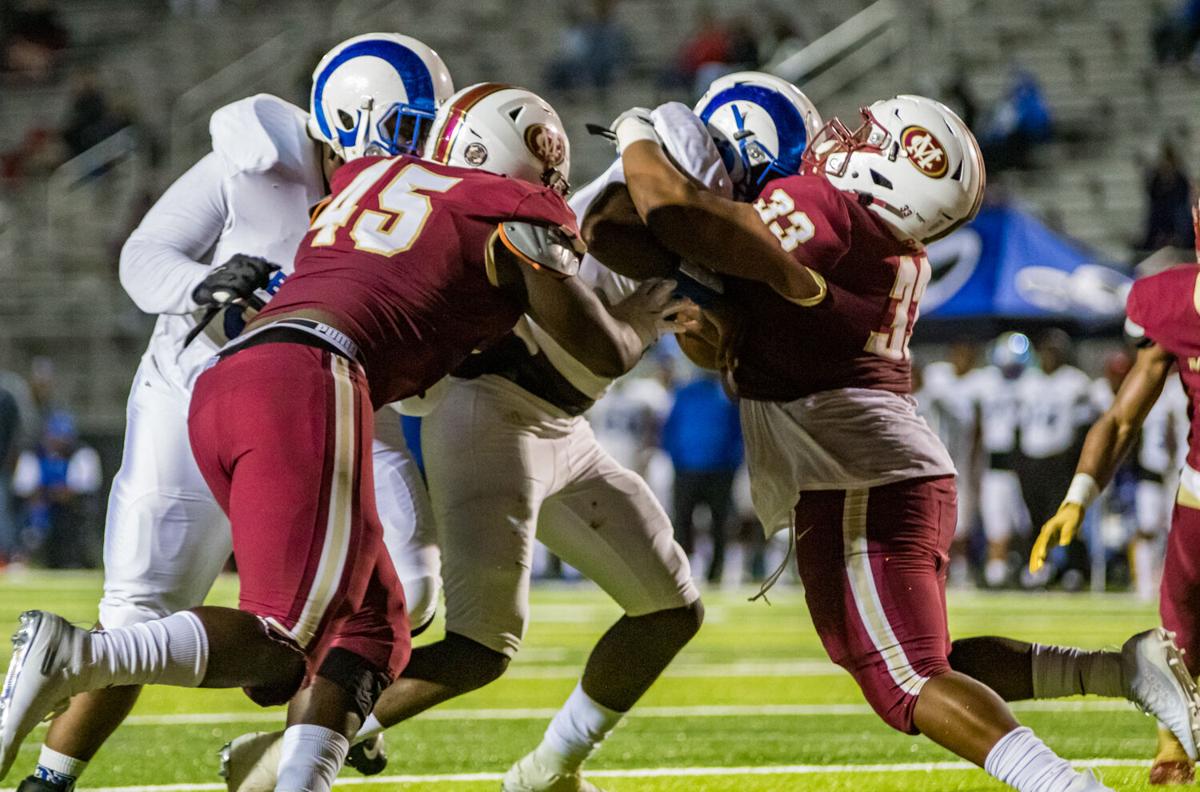 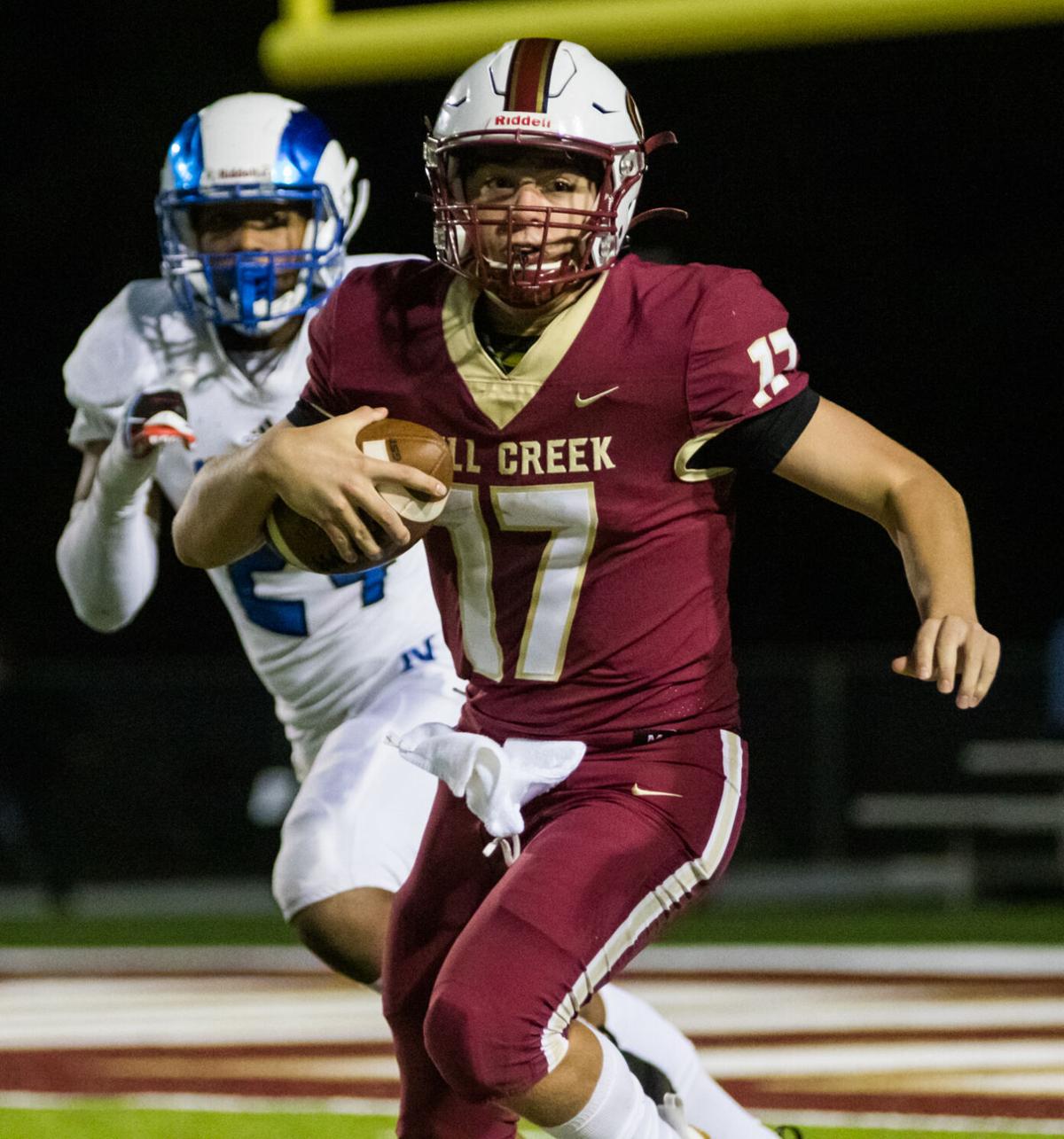 Mill Creek’s Thurman Harris (10) runs behind the block of Christian McIntyre against Newton on Friday.

Mill Creek's Josh Battle (28) runs behind a block from teammate Christian McIntyre (33) in a victory over Newton.

Mill Creek's Brock Pellegrino (31) runs out of his end zone Friday against Newton.

HOSCHTON — Mill Creek's football team had grown accustomed to handling its business at home against Newton in recent memory and Friday night’s meeting with the Rams was no different.

A pick-six from Caleb Downs on Newton’s opening possession and a Christian McIntyre catch-and-run touchdown five minutes later gave the Hawks all the juice they needed to cruise to a 31-0 victory over the Rams.

“I was extremely happy (with the performance),” Mill Creek head coach Josh Lovelady said. “With a team like Newton County that is so talented and coached so well, for our kids to come out fast and physical, we needed this as we keep on going through the region.”

After putting together their strongest offensive showing of the season last week in their 28-16 upset of Brookwood, the Rams offense fell flat against a fundamentally sound Hawk defense.

The Rams offense failed to cross midfield in the first half with starting quarterback Jevarra Martin being held to just 48 yard passing on nine completions.

Meanwhile, the Mill Creek offense had zero problems moving the ball down the field when given the opportunity.

A 10-play drive to start the night on offense ended with a 21-yard touchdown pass from Hayden Clark to McIntyre, who bulldozed Ram defenders on his way to the end zone.

The Hawks started their third offensive possession at the Newton 14 after a Martin fumble and tacked on a 30-yard field goal from Brock Pellegrino to extend the lead to 17-0 at the end of the first quarter.

Another bad offensive drive for the Rams resulted in another short field for the Hawks, this time starting at the Newton 17.

One play later, Joshua Battle went virtually untouched down the left sideline on his way to the end zone to give the Hawks a commanding 24-0 lead just seconds into the second quarter.

“Our defense and special teams put (our offense) in short fields,” Lovelady said. “The offense took care of business.”

The Rams defense held strong from that point on with standout defensive end Justin Benton making his way into the backfield to record several sacks on the night, but the Mill Creek defense held equally strong itself.

Newton began the second half with three consecutive drives starting inside Mill Creek territory and failed to come away with points.

Their best scoring opportunity came 3:26 remaining in the third quarter after starting their drive from the Mill Creek 8-yard line.

The Rams got as far as the Mill Creek 2-yard line before standing Martin up at the goal line on fourth down with McIntyre there to make the tackle.

A frustrated Newton defense went on to allow one more touchdown to the Mill Creek offense in the form of a Donovan Journey rushing score with 5:25 left in the game.