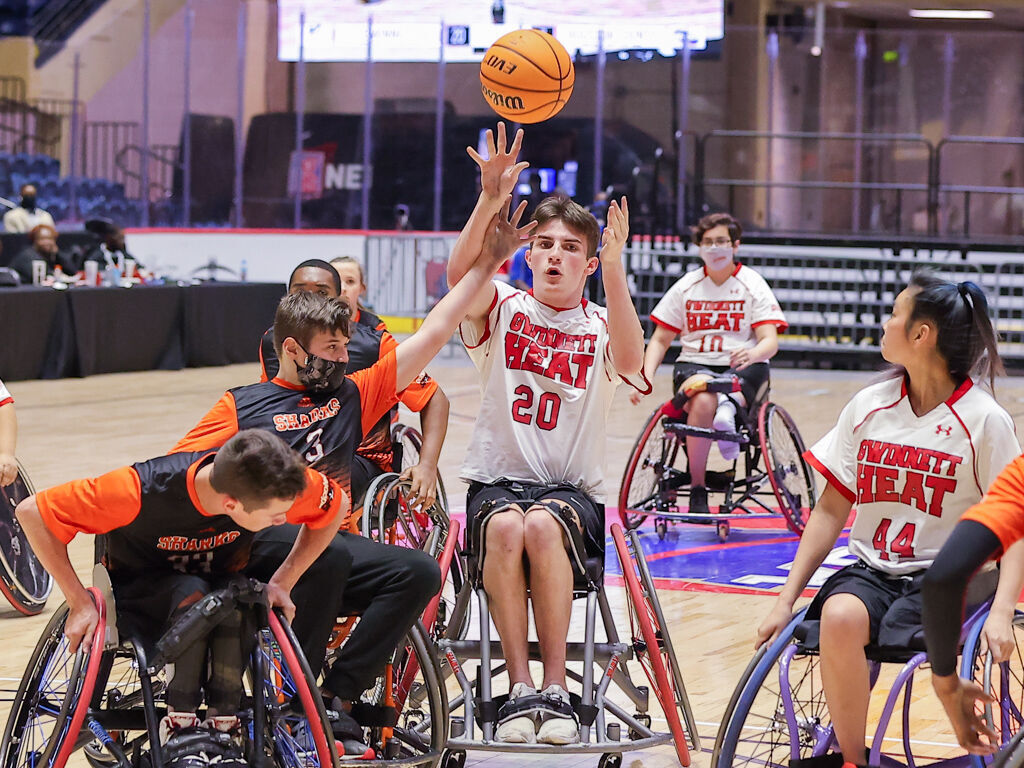 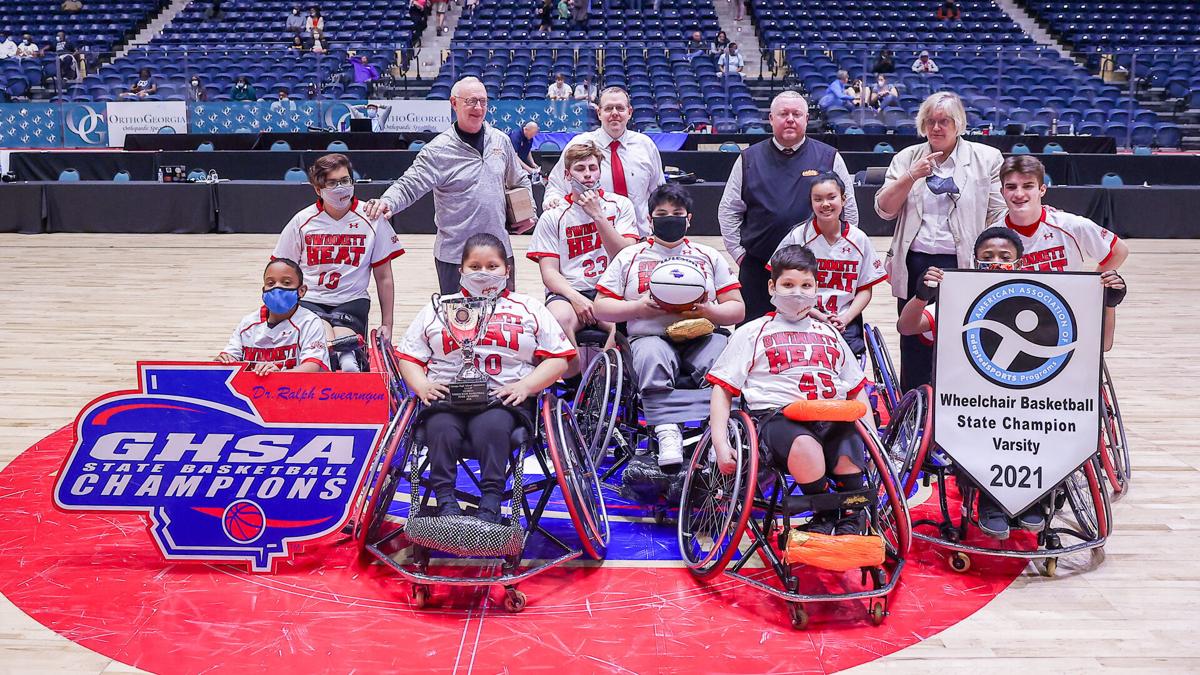 The Gwinnett Heat players and coaches for a photo after winning the wheelchair basketball state title at the Macon Centreplex.

The Gwinnett Heat players and coaches for a photo after winning the wheelchair basketball state title at the Macon Centreplex.

But to make it official, the Heat still needed to find a way to defeat the Houston County Sharks in the Georgia High School Association’s Adapted Sports State Championship game.

And the Heat left nothing to chance, jumping out on the Sharks early and cruising to a 42-25 victory to dethrone the eight-time defending state champs Saturday at the Macon Centreplex.

While their confidence had grown with those two wins, they weren’t about to be satisfied until they had managed a win over Houston County in the season’s biggest game, which punctuated a perfect 8-0 season and secured the program’s second state basketball title, and first since 2012.

“We finally broke through,” said Heat head coach Len Boudreax, whose team was making its sixth appearance in the championship game in the last nine seasons, including three runner-up finishes during Houston County’s reign. “We came in wanting to be aggressive. We knew we had the players to be aggressive. And coming in second place or lower for a long time, these kids were really hungry for it. They marked (this game) on their calendars, and they really wanted to play. And it showed, they came out ready to play.”

Indeed, the Heat got going quickly with 18 points in the first quarter, with seniors Will Millikan and Seth Earley doing most of the damage, with a lot of help from the rest of the squad.

“We got up there and were playing really good in the first quarter,” said Millikan, who scored a game-high 20 points. “I really liked that, and with everyone else doing their jobs, we did everything we wanted.”

The Heat’s lead reached 32-9 by halftime, which was more than enough to withstand a strong second-half effort from Houston County’s Joe Hall, who led the Sharks with 12 points, most of which came from long range, while Gwinnett managed to do most of their damage from in close.

While Millikan and Early, who finished with 18 points, did most of the scoring, Boudreax said their big game was a result of the team attitude the players have shown throughout the season in working the ball in the frontcourt looking for easier scoring opportunities.

“This year, we’ve had a team philosophy instead of the ‘I’ philosophy, where you’d have one of two players who would take the ball and not give it up to anybody,” Boudreax said. “It’s hard to win that way. This is truly the first team I’ve really coached where … anybody who got out on that court, the ball could go to.”

Indeed, while Samantha Fraser was the only other Heat player to score with four points, every player contributed in some way to the most satisfying win for the program in nearly a decade.

“It’s definitely been something we’ve been waiting for,” Earley said. “Being able to come out and finish the job for our four seniors … was what the goal was. At the end of the day, we finished that.”