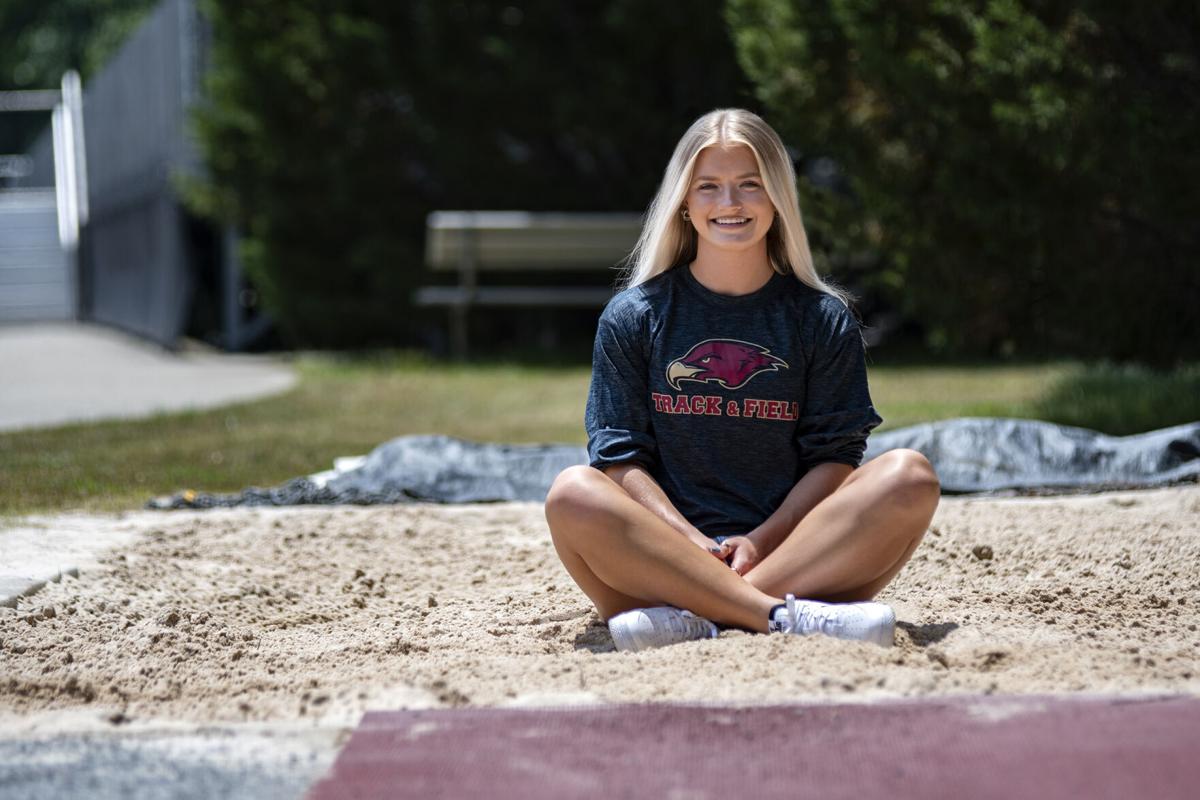 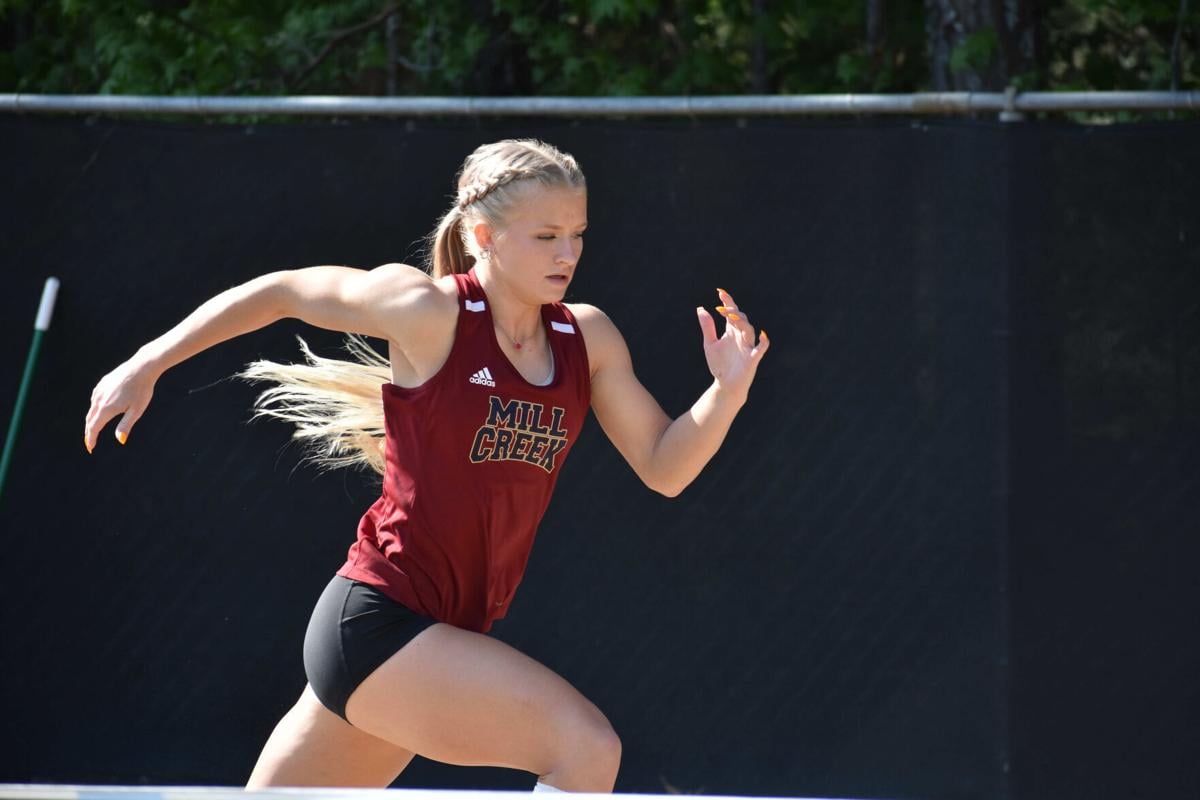 A softball recruit for one of the nation’s top college programs, Dallis Goodnight made a considerable impact in her secondary sport, too.

The Mill Creek dual-sport star earned Daily Post Girls Field Performer of the Year honors as a senior this spring after winning the Class AAAAAAA state championship in the long jump, in addition to finishing sixth in the state in the 100-meter dash. She discovered track and field as a freshman at Mill Creek, mostly as a sprinter, then mixed in the long jump late in her sophomore season.

“I tried it freshman year, that was my first year of track, because my dad did it and he said it was a different season (from softball), that I should try it,” the Alabama Crimson Tide softball signee said. “I’ve loved it ever since.”

Her senior season only intensified that love.

Goodnight went unbeaten in the long jump in 2021, reaching the potential in that event she showed early in the 2020 season before it was halted by the COVID-19 pandemic. She broke the Gwinnett County meet record with a mark of 18 feet, 9 inches, won Region 8-AAAAAAA at 17-6 and posted her personal best of 19-2 1/2 in winning at sectionals. That leap at sectionals broke the Mill Creek record, which stood at an impressive 18-11, and nearly reached the longtime Gwinnett County record of 19-3, set by Shiloh’s Natalie Knight in the 2004 Westover Invitational.

Goodnight capped her senior year with a first-place jump of 18-5 1/2 for the state championship. Her previous best heading into this season was 17-3, but she sailed past that throughout her final high school season.

“(Goodnight) loves (track and field). She just absolutely loves it,” Mill Creek girls track and field head coach Jed Hodges said. “It’s a change of pace from softball a little bit. She loves softball. That’s what she’s going to do. But she did a great job with us. … She’s strong. She has been in the weight room before a lot. I know she’s been in some weight training classes and works out at a gym. She targets the things she wants to be better at and she really works at it. She’s a coach’s dream. I’ve just been so impressed with her and she is so fun to have around.”

“I was fast (in the past), but I was not track fast if that makes sense,” Goodnight said. “Now looking back at my old times, I did okay in meets. But it was not really until this year did I make it to track fast.”

Advancing to the AAAAAAA finals in the 100 was a treat in itself. She ran 12.38 in that race to take sixth alongside athletes who focus on track like state champion Tamiia Fuller, a Peachtree Ridge junior who ran 11.76.

“I looked back at the video and I was in second place until the last 20 or 30 meters,” Goodnight said.

“She had run a little bit faster, but I think (the state final) was her second-fastest time the whole year,” Hodges said of Goodnight. “A lot of it is just being able to do it over and over and over and being consistent. She just understands how to work. A bad day for her is few and far between.”

With high school track and field done, Goodnight will put her speed to use on the softball field, whether it’s flying around the bases or tracking down balls in center field. She has a summer full of travel tournaments with Georgia Impact that includes trips to Florida, Oklahoma, Colorado and other places — great preparation for softball in the loaded SEC.

“Of course, playing all the competition (this summer) is great,” said Goodnight, also the reigning Daily Post Player of the Year in softball after hitting .538 with a county-record 52 stolen bases as a senior. “We get to play all the West Coast teams, which are obviously good. All the top teams will be at these tournaments. It will help me prep for all these girls that are going to college. I get to stay in shape with softball and I also get to have fun with the girls and the team. At the end of the day, that’s what it’s all about, having fun and enjoying my last year with them. And it will definitely get me ready for college.”

While softball is her No. 1 sport, Goodnight has talked to her Alabama coaches about joining the Crimson Tide’s track and field program if it fits around her softball work. That may be tough given the two sports’ overlapping schedules, but competing a fifth season in track and field after her four years of softball also is an option.

If this season ends up being her last in track and field, it was a memorable one.

“I joined track just for fun, to meet new people, try another sport, but I never thought I would win state,” Goodnight said. “I would win small meets before this year but there were a few faster girls older than me my freshman and sophomore year. I was there to fill in for the 4 by 1, but I was never going to be an anchor until this year or last year. I never thought I would place in the 100 or win a long jump title.”