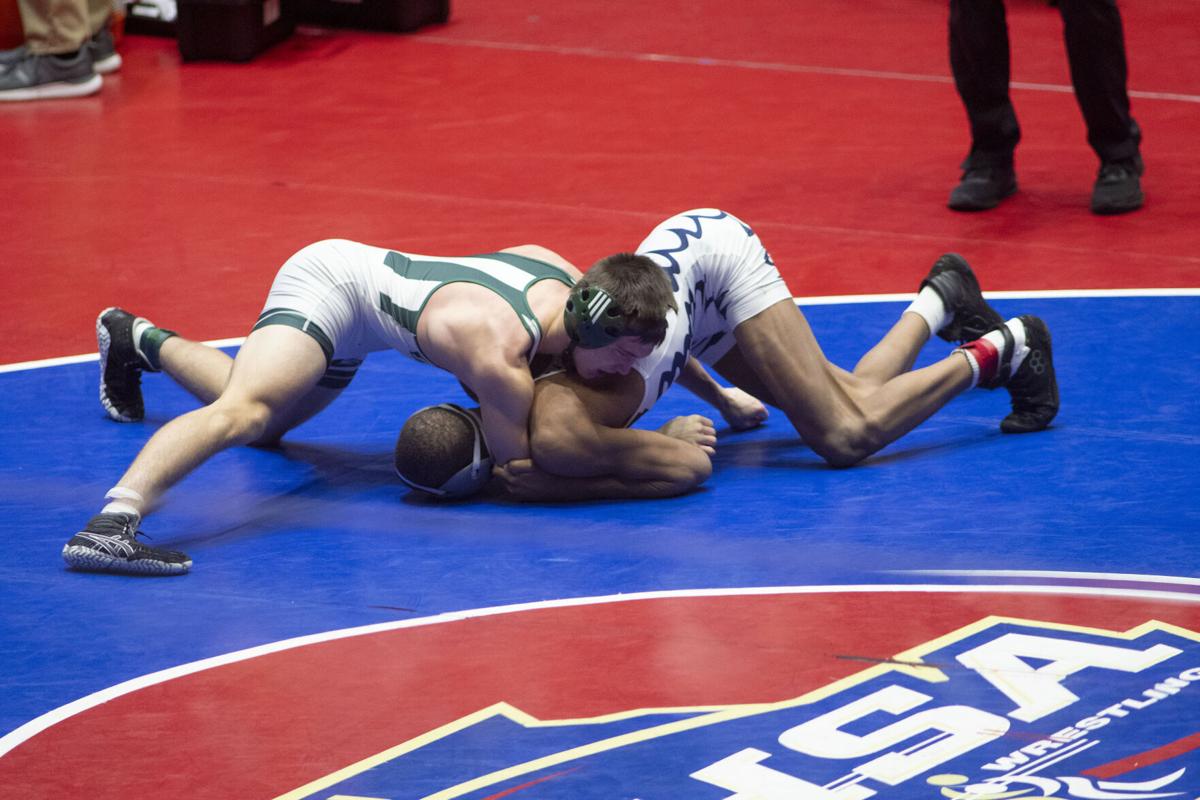 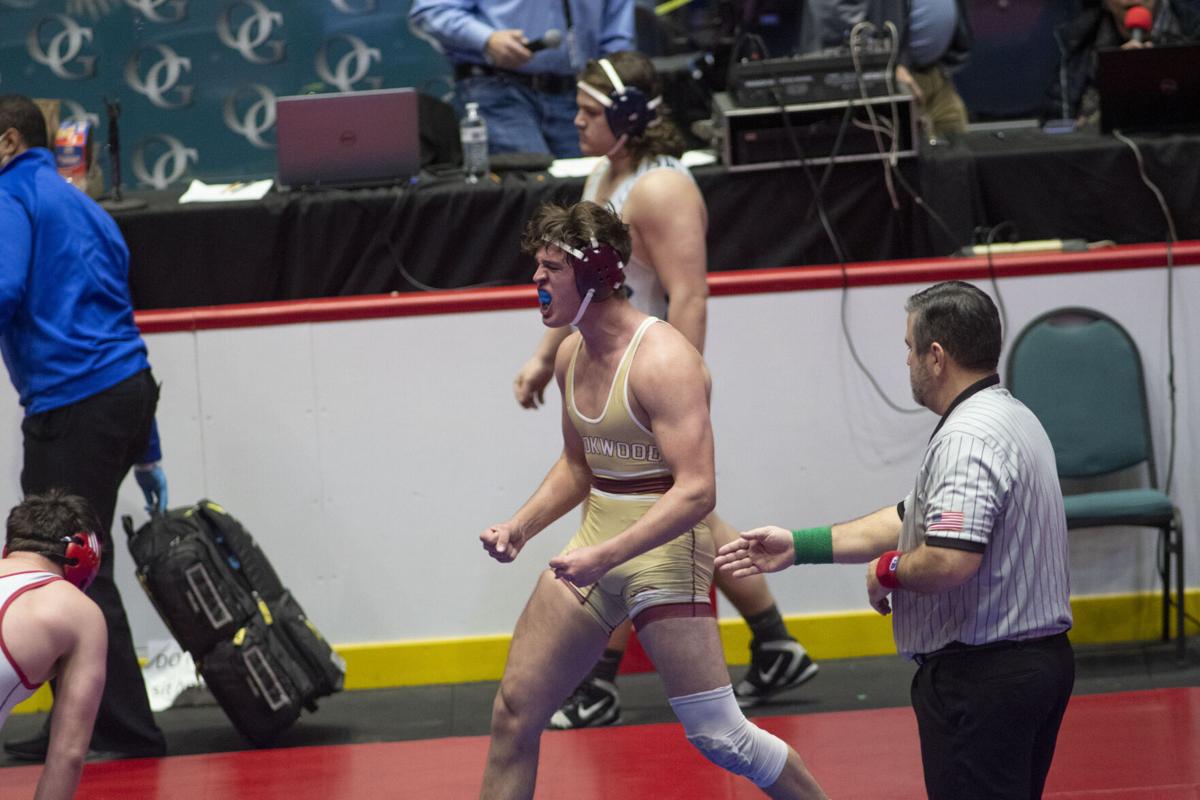 Brookwood’s Landen Moss celebrates after his match with Forsyth Central’s Zac Redecker in the 182 pound AAAAAAA state championship in Macon. 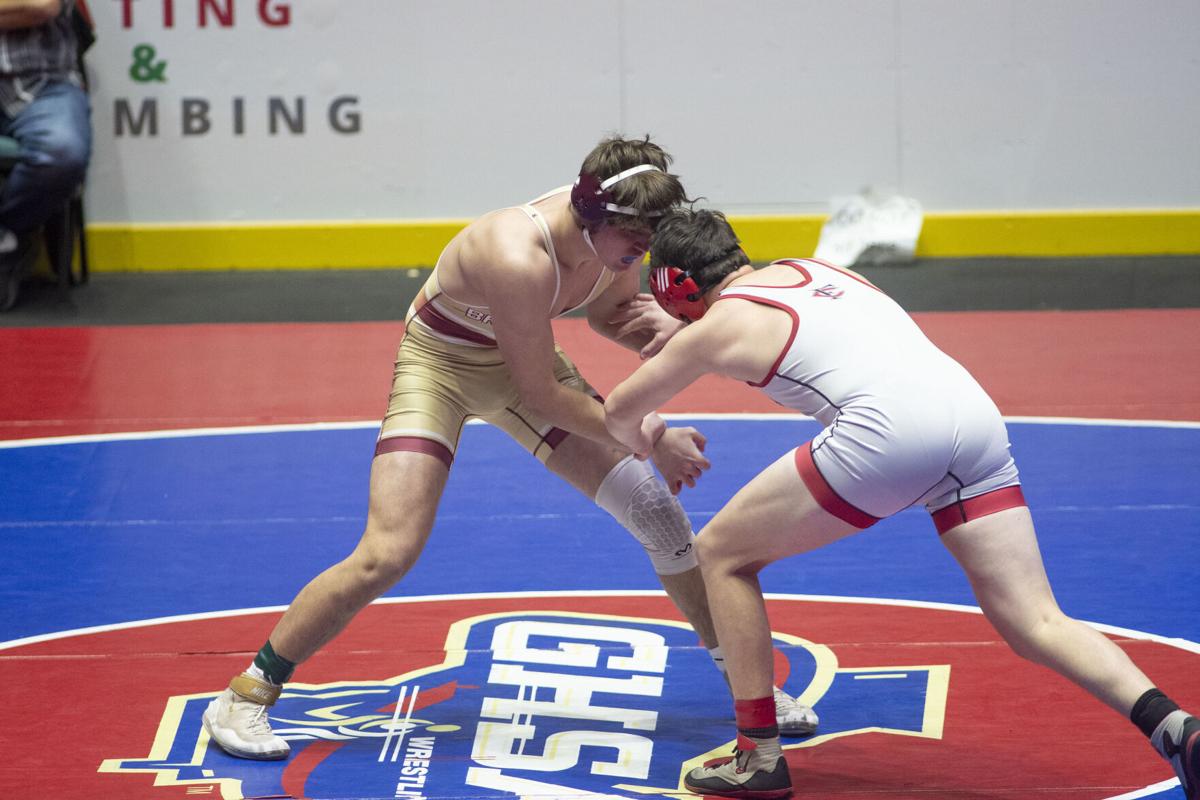 Brookwood’s Landen Moss celebrates after his match with Forsyth Central’s Zac Redecker in the 182 pound AAAAAAA state championship in Macon.

Gwinnett’s two Class AAAAAAA state wrestling champions were in different places in their careers after Saturday’s matches at the Macon Centreplex.

For Collins Hill’s Clint Gilbert, it was his final high school match and third state title. For Brookwood’s Landen Moss, a sophomore, it was a breakthrough first title with two more years to add to his legacy.

Both Gilbert and Moss bring aggression and tenacity honed from their experiences as dual-sport athletes — both also are football players. Gilbert was a wide receiver for Collins Hill’s state runner-up football team, and Moss is a linebacker and tight end at Brookwood.

“I think there’s a lot to say about (their football experience),” Brookwood coach Chris Cicora said. “Having the experience of multiple sports really builds a well-rounded athlete, mentally and physically.”

Gilbert has loads of experience in football (he has signed at Georgia Military), and an even more decorated career as a wrestler. He won his first state title as a freshman, was state runner-up as a sophomore and won back-to-back championships his final two high school seasons.

“It feels special to be able to end on a state title,” Gilbert said. “Just to walk away knowing I am on top is a much better feeling than if I lost. I left it all on the mat one last time.”

Collins Hill’s success in football, along with the delayed start and late finish to football because of COVID-19, gave Gilbert a much later start to this season than most wrestlers. He wrestled only nine matches as a senior, winning them all.

His last victory was an 8-4 decision in the 138-pound finals over Camden County’s Anthony Doyle. Prior to the finals, Gilbert breezed through the bracket with a 31-second pin in his first match, a pin in 1:55 in his second match and a 41-second pin in the semifinals.

“Clint is a warrior in every sense of the word,” Collins Hill coach Ryan Millhof said. “With very limited training this year, he was still able to come out on top and get his third state title. That is not an easy thing to do. Just goes to show the type of young man he is. He won’t be denied. I’m extremely excited for his future.”

Moss got a lot more action on the mat this season, going 26-1 and becoming Cicora’s sixth state champion at Brookwood. He had a decisive victory in the 195-pound finals, defeating Forsyth Central’s Zac Redecker 9-2.

“Winning state felt surreal,” Moss said. “It felt amazing to put in the work and it finally pay off. I’m thankful to my coaches and family who helped me this year. Now it’s time to focus on winning another.”

Moss’ path to the title wasn’t easy after opening the state bracket with a pin. He edged West Forsyth’s Spencer Bovenizer 6-5 and Camden County’s Deonte Dozier 6-5 in his two matches leading up to the finals.

“It’s certainly exciting for him,” Cicora said. “He came in having high expectations of himself as a freshman so to get that monkey off his back is very exciting and relieving at the same time. I feel like the best is yet to come from him. He really kept his composure in some tight matches this weekend. I’m just real excited for him. I know he’s super excited.”

While Gilbert and Moss excelled individually, Mountain View and Archer had the best showings among local teams. Mountain View was a Gwinnett-best seventh with 97 points, while Archer was just behind in eighth at 87.5.