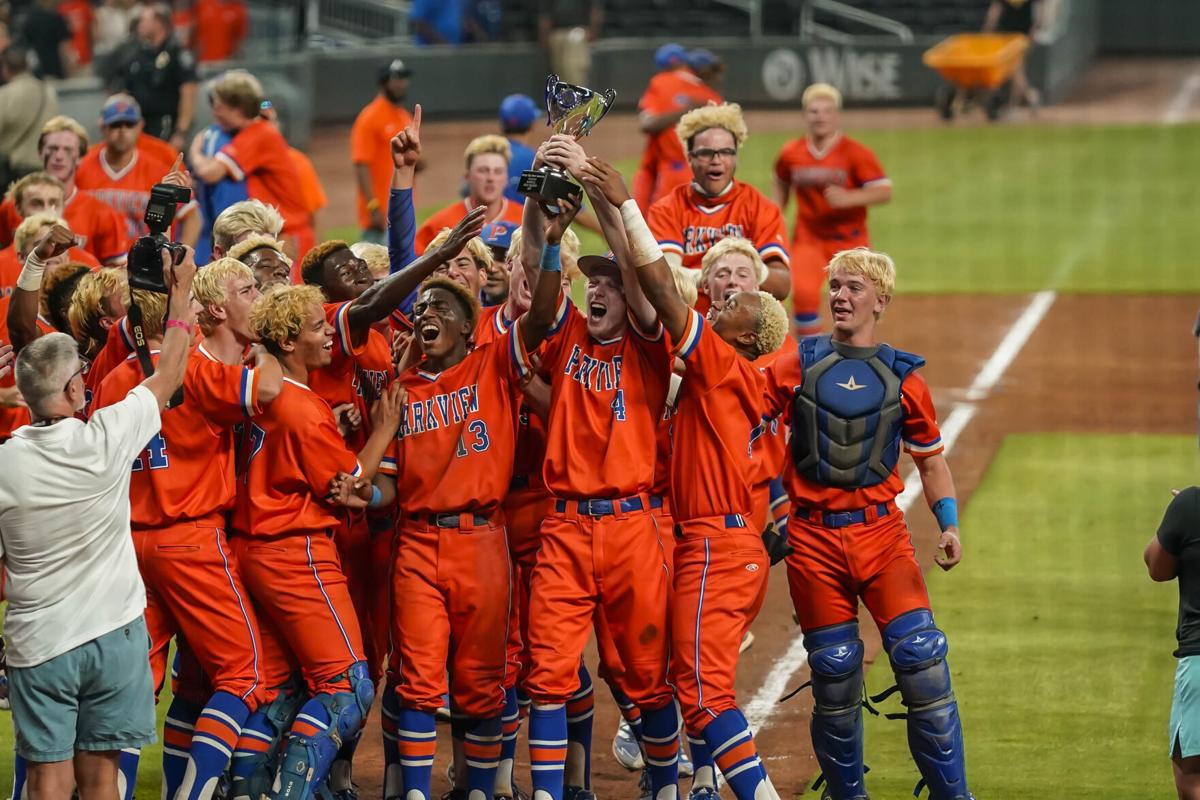 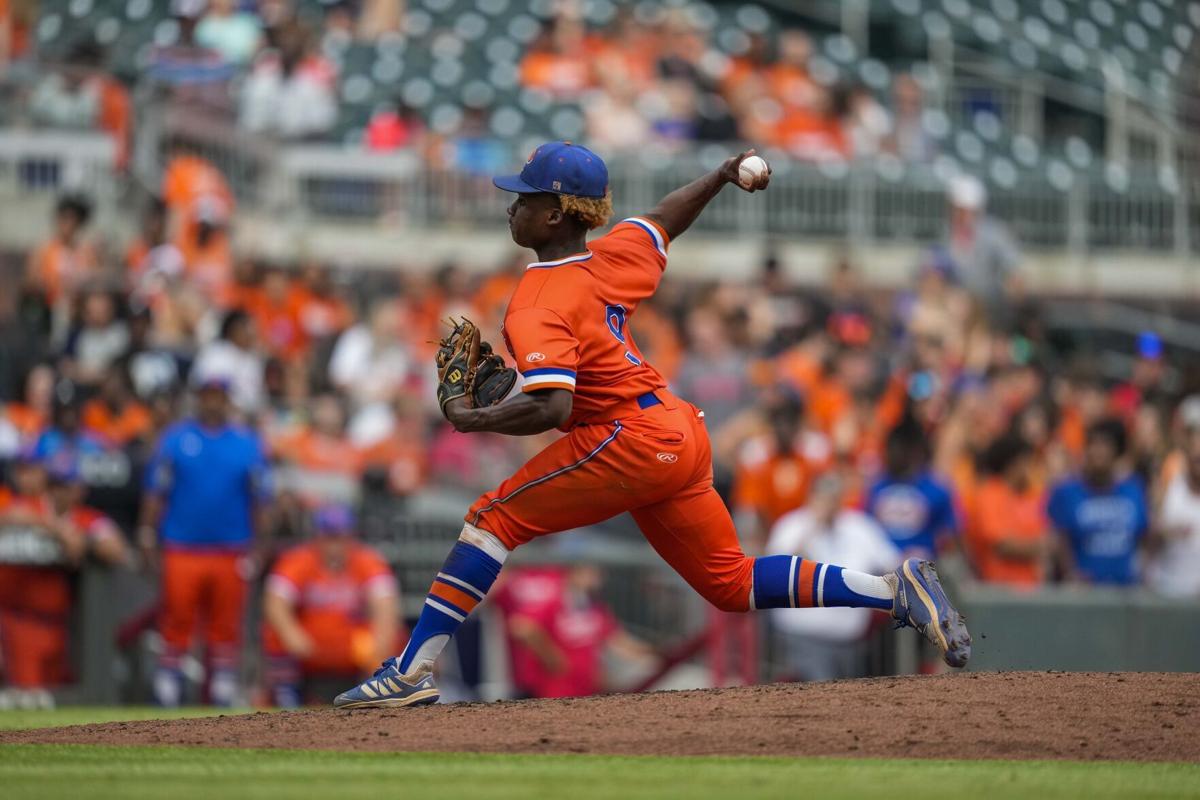 Parkview’s Ryan Spikes pitches during a victory over North Paulding in the Class AAAAAAA finals at Truist Park. 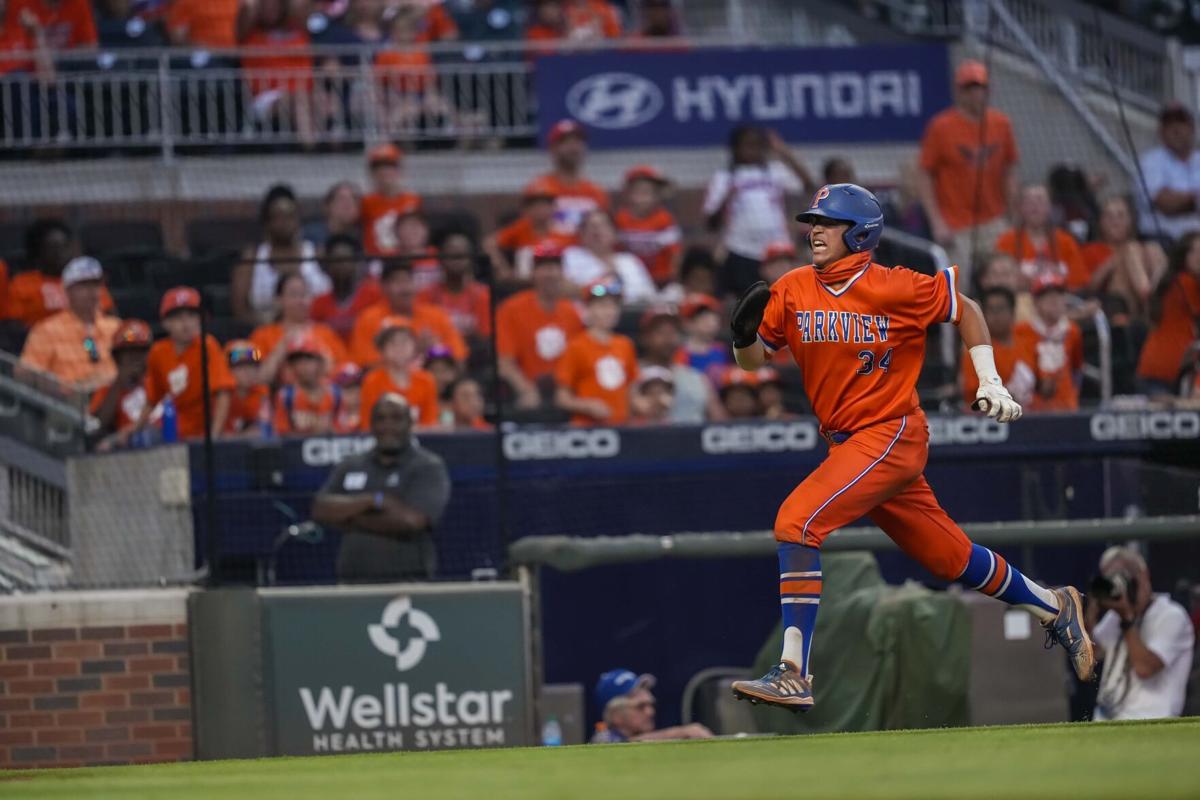 Parkview’s Ryan Spikes pitches during a victory over North Paulding in the Class AAAAAAA finals at Truist Park.

It was also perhaps a fitting ending for the Panthers’ third straight Class AAAAAAA title — and ninth state championship overall — with their 4-0, 3-2 sweep of the Wolfpack in Monday’s doubleheader before a GHSA finals-record crowd of 6,124 at Truist Park.

From the team’s struggles over the first half the season to the ability to win as much with small ball as with sheer power to the the wide swings of emotion over the past three-plus months, there was a lot that was out of the ordinary for Parkview in 2021.

It all started with a challenge head coach Chan Brown and his staff made to the players after a 5-4 loss to Starr’s Mill in nine innings in the first game of a doubleheader April 8 dropped the Panthers to a very ordinary 11-10 record.

“We sat in the dugout at 11-10 and really needed to come to truths about where we were as a team at that point,” Brown recalled. “The kids came together and understood when we talked about, ‘If you want to be a 30-game winner, you’re going to have to win a state championship to do it,’ and that nobody would remember the 10 losses anymore if we can get to 30 wins and win it.

“So that was the goal and obviously, it strung some things together. It’s been an up and down year for the kids, the staff and honestly, our program.”

Based on the results, Brown’s message was received loud and clear by the Panthers (30-10), who never lost again after that team meeting between games of that April doubleheader, using the 3-1 win over Starr’s Mill in the nightcap as a springboard to 19 straight wins and the title.

And it was as much team chemistry as it was on-field improvements that may have made the difference.

“We were sitting at 11-10, but honestly, we just started clicking on all cylinders,” said senior shortstop and relief pitcher Ryan Spikes, who had a big day in Monday’s championship doubleheader by going 4-for-6 with a double, a triple, two RBIs, two runs scored and a stolen base, and saved both games on the mound. “The chemistry started clicking, and we just started bonding. … It makes it that much more special because this is a great group of guys.”

As much as Spikes, a Tennessee commit and highly regarded 2021 MLB Draft prospect, meant to Parkview’s resurgence, he had plenty of help from his teammates, and Monday’s championship doubleheader was a prime example.

From outstanding mound starts from senior Mason Brown (11-3) and sophomore Landon Stripling (9-1) to timely hits from the likes of Spikes, Collin Houck, Jayden Talik, Cade Sadler and Bryson Stripling to key defensive plays like those pulled off by the Stripling brothers in Game 2, the Panthers got contributions throughout their roster.

While they scored their share of runs this year, more than nine per game, they also demonstrated that they could find a way to win close, low-scoring games, as well.

“These kids, they started being grinders (throughout the season),” Chan Brown said. “But they made sure they didn’t give up. … (This title) is probably the most hard-fought in a while. They’ve sometime been dominant (over the years), but we also showed we can win close games, too.”

The win was also quite emotional for many of the Panthers, not the least of which their coach.

Chan Brown admits he’s had to rely heavily on his coaching staff even more than usual this year after being diagnosed with thyroid cancer earlier this spring, which forced him to undergo surgery Thursday.

However, the team’s run has also been a welcome distraction, especially with the contributions his son, freshman infielder Cade Brown, made during the postseason run, including his first career home run in Parkview’s semifinal sweep of Lowndes last week, as well as recording the final out at third base in Monday’s title clincher.

Likewise, the Striplings felt plenty of extra emotion working together for the last time as high school teammates, with senior Bryson set to graduate after catching one last game with his sophomore pitcher brother.

It perhaps symbolized the family atmosphere the Panthers have felt throughout the year.

“I have the utmost confidence in that kid,” Bryson Stripling said. “It’s been unreal playing with my little brother and being able to guide him and coach him. … (Winning the title) is awesome. That’s what this program is all about. All they teach you is trust the process and do things for each other. That’s what we did – just come out here and play for each other.”