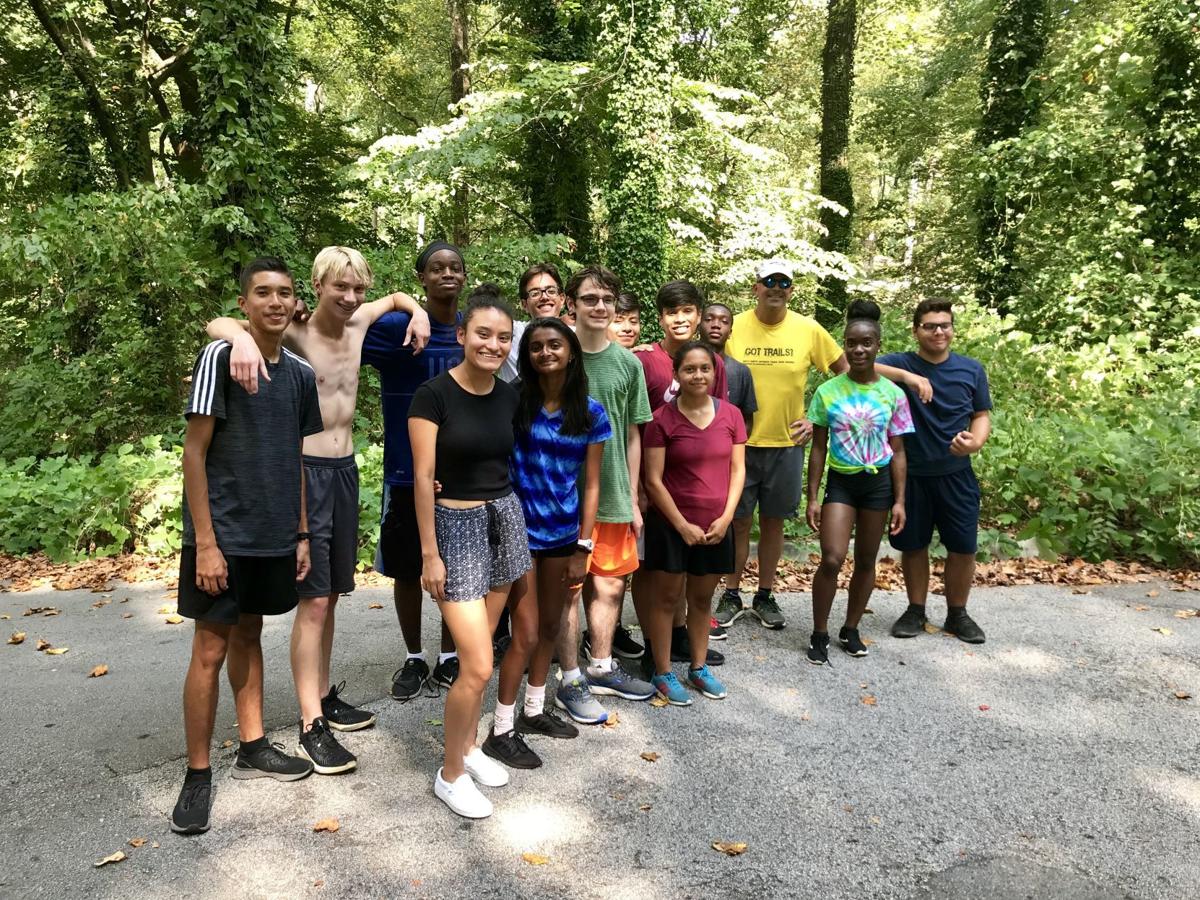 The Central Gwinnett cross country team is running with the memory of their former coach Demetris Riddles, who passed away suddenly in August, on their minds this season. 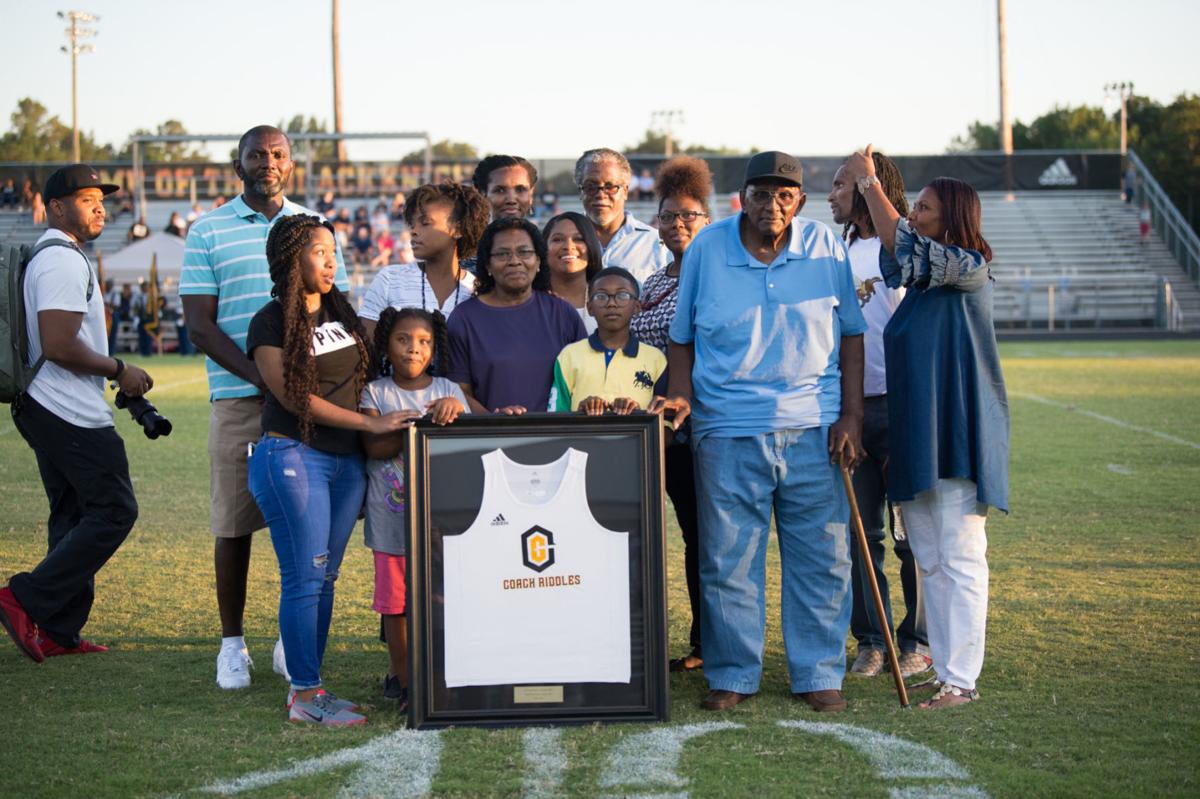 Central Gwinnett held a tribute Friday at the football game for cross country coach Demetris Riddles, who passed away suddenly in August, with his family in attendance. (Photo: Nicole Seitz)

The Central Gwinnett cross country team is running with the memory of their former coach Demetris Riddles, who passed away suddenly in August, on their minds this season.

Central Gwinnett held a tribute Friday at the football game for cross country coach Demetris Riddles, who passed away suddenly in August, with his family in attendance. (Photo: Nicole Seitz)

LAWRENCEVILLE — When Faith Philip, the girls captain of the Central Gwinnett cross country team, is racing for the finish line, she hears one thing.

It's always the voice of Demetris Riddles. And he's always saying, “Right here.”

Riddles was the Black Knights' coach last season and died suddenly at age 37 just as the school year began. The team made up long-sleeved T-shirts with Riddles initials' and his mantra on the shoulder.

“That's what he would yell at us every single time,” Philip said. “Because of him, I'm at where I am. He was my motivator and he pushed me in ways I didn't know I could achieve.”

That's what she wrote, too, on a card for Riddles' parents. The whole team did the same and gave them to his parents at a tribute ceremony Friday at Central's homecoming football game.

“He really motivated us to be our best,” boys captain Jaleel Harris said.

The team knew Riddles was battling pneumonia in July, but his death due to complications from the illness stunned the Black Knight community.

“I had heard through the grapevine that he wasn't feeling well this summer,” said Marlin Dayoub, who coaches Central's swim team and was a cross country assistant two years ago. “The very first day of pre-planning in August, Coach (Eddie) Hood, the AD here, said, 'We need your help. We're not sure what his status is.' I said I would help out as long as he's out. When he comes back, it's all his team.

“Then the Tuesday afternoon that we had our cross country runner meeting, the second day of school, he had passed away the night before. They broke the news to them in that meeting.”

Dayoub is coaching the team this year and has seen the runners coping together.

“It hit several of the kids pretty hard because he was involved in track and cross country,” he said. “But I think there's a lot of value in the group numbers. Everybody pulls everybody along.”

Dayoub's previous involvement in the program has helped, too.

“They already knew me,” he said. “Some of them are swimmers, but I ran with them two years ago. I run a lot with them. So I had a personal relationship with many of them already.”

“They are terrific kids,” Dayoub said. “And we have two terrific captains, Jaleel and Faith. I tell them all the time this is their team. Our motto is 'Together all.' We do everything together. Stretch together. Run together.”

Dayoub's own athletic history eased the transition. He's done more than 50 triathlons in the last 19 years so coming up with a training plan on short notice was second nature.

“I know, based on limited time, how to get the most effective training out of our minutes,” he said.

The extreme late summer heat forced Dayoub to get creative. The track is in full sun in the afternoon so he takes the team across the street to a hilly, tree-lined neighborhood for tempo runs. He also scheduled a rare mid-week meet for them last Wednesday, on the heels of the county meet, and left today open so they could all go to the Friday night football game.

The team is motivated to honor Riddles' legacy this season.

“It really did (help to) just keep on running,” Harris said. “That's all we can do. We want to make it to regionals and state for sure this year.”