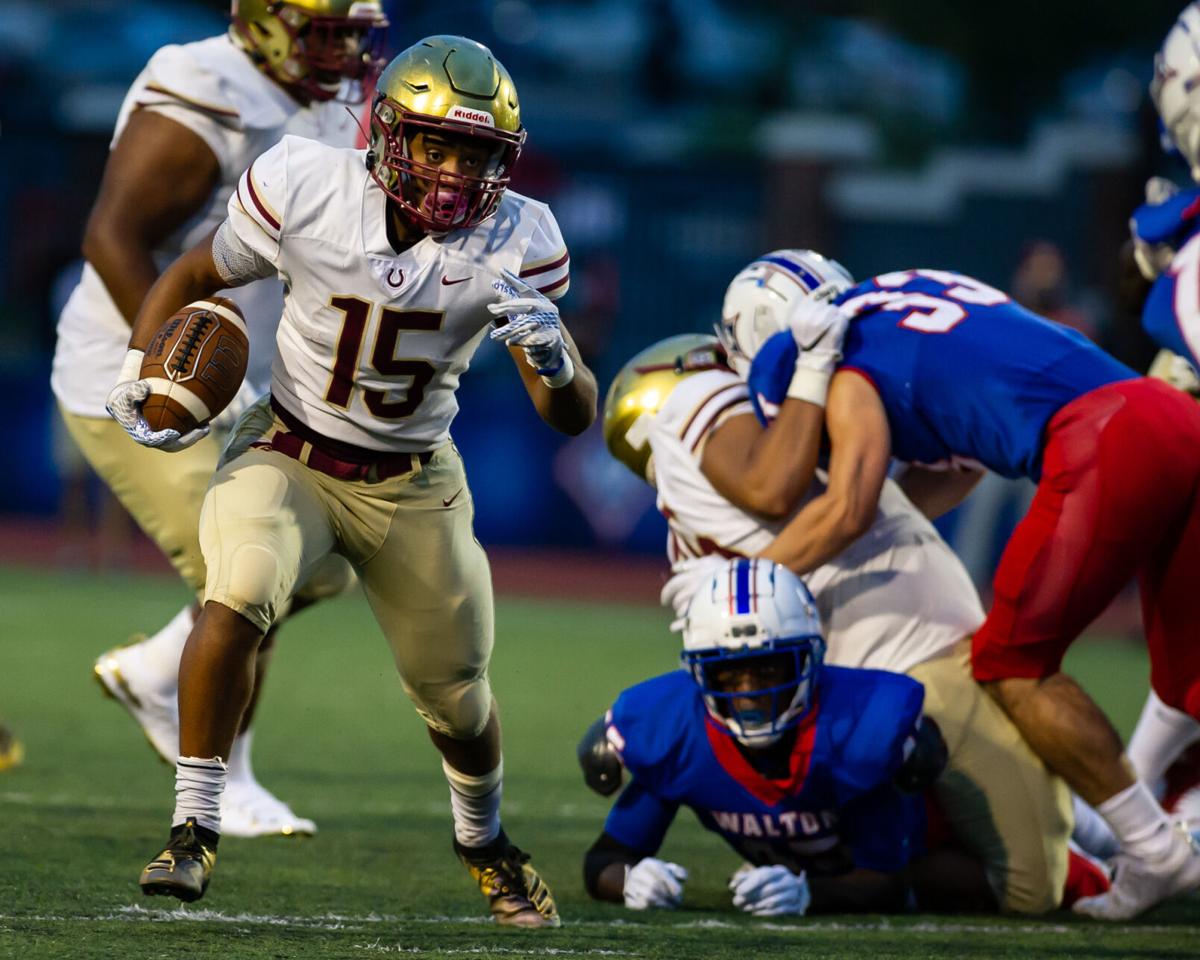 Brookwood's Alexander Diggs (15) looks for running room against Walton during their game Friday, Sept. 18, 2020 at Walton High School in Marietta. (Photo: Will Fagan) 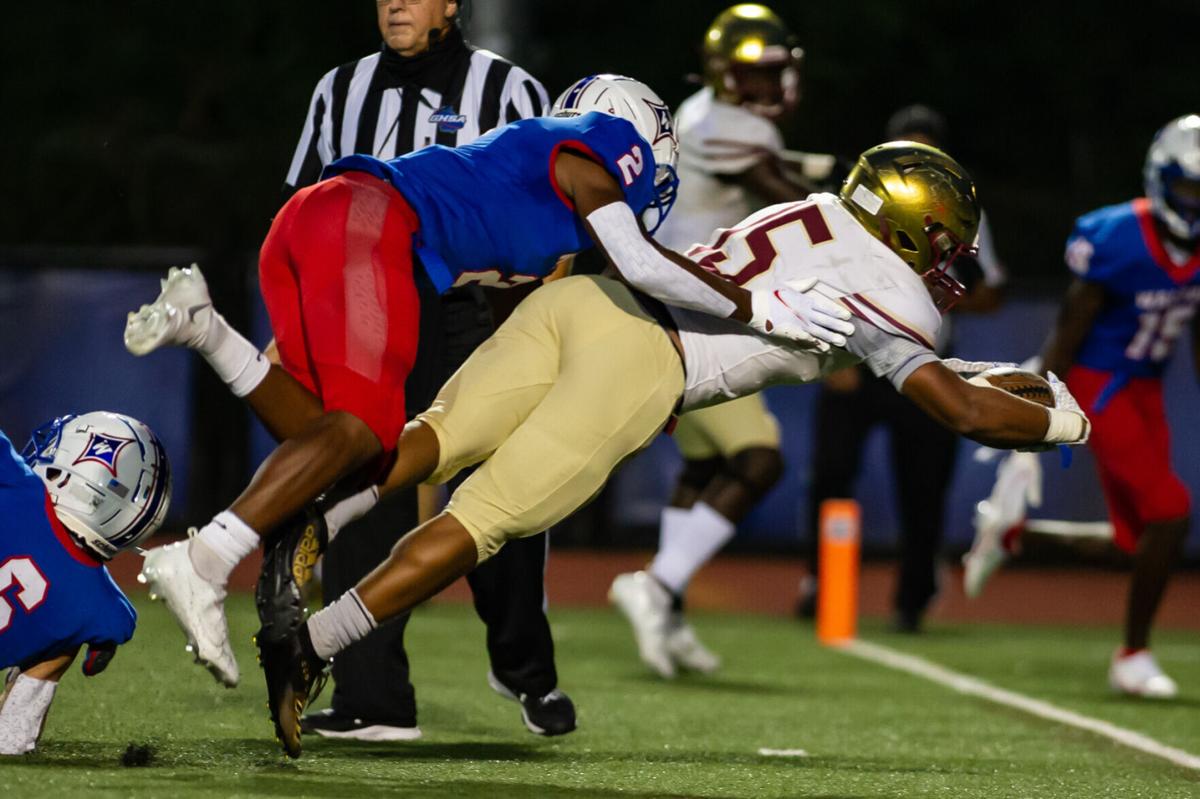 Brookwood's Alexander Diggs (15) dives for a touchdown while being hit by Walton's Angelo Brown Jr (2) during their game Friday, Sept. 18, 2020 at Walton High School in Marietta. (Photo: Will Fagan) 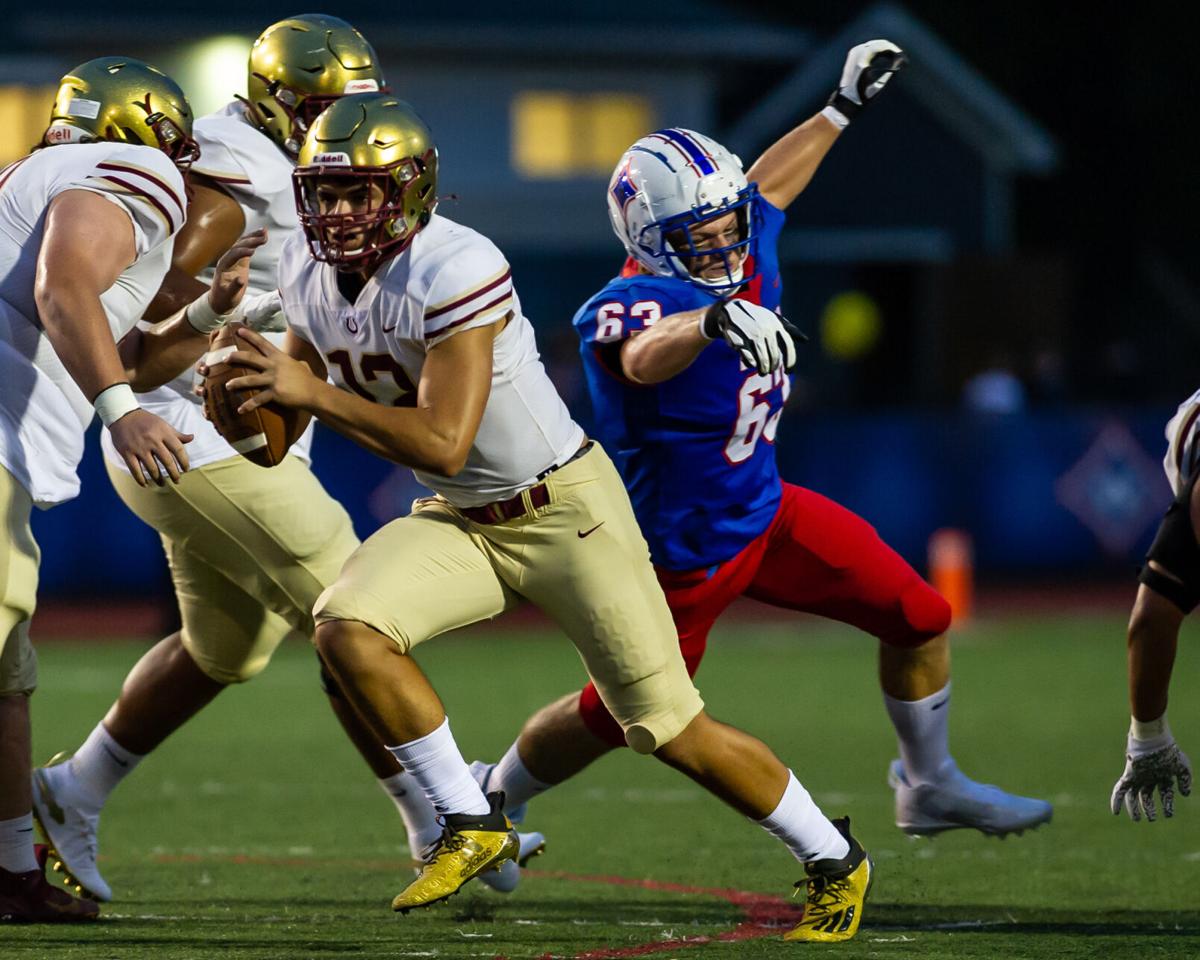 Brookwood’s Dylan Lonergan (12) breaks away from Walton’s Jonathan Chesser (63) for a long run during their game Friday, Sept. 18, 2020, at Walton High School in Marietta. 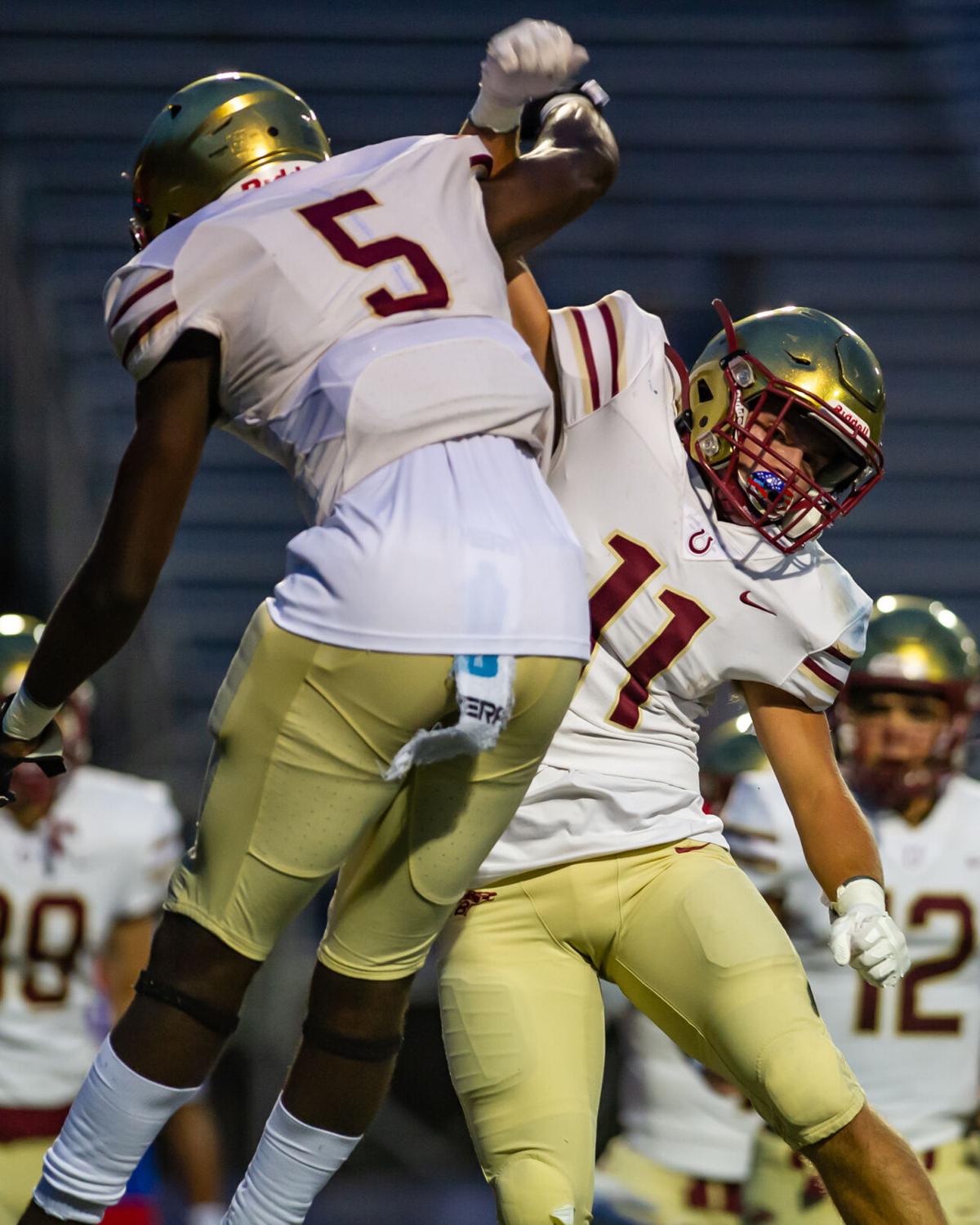 Brookwood's Conley Davis (11) and Sam M'Bake (5) celebrate a touchdown against Walton during their game Friday, Sept. 18, 2020 at Walton High School in Marietta. (Photo: Will Fagan)

Brookwood's Alexander Diggs (15) looks for running room against Walton during their game Friday, Sept. 18, 2020 at Walton High School in Marietta. (Photo: Will Fagan)

Brookwood's Alexander Diggs (15) dives for a touchdown while being hit by Walton's Angelo Brown Jr (2) during their game Friday, Sept. 18, 2020 at Walton High School in Marietta. (Photo: Will Fagan)

Brookwood’s Dylan Lonergan (12) breaks away from Walton’s Jonathan Chesser (63) for a long run during their game Friday, Sept. 18, 2020, at Walton High School in Marietta.

Brookwood's Conley Davis (11) and Sam M'Bake (5) celebrate a touchdown against Walton during their game Friday, Sept. 18, 2020 at Walton High School in Marietta. (Photo: Will Fagan)

MARIETTA – Brookwood mounted a furious fourth-quarter rally to come from behind and defeat Walton 43-32 on Friday night.

The Broncos trailed 32-21 with just under 11 minutes to play in the game before hitting another gear on offense.

“All the credit to Walton," Brookwood coach Philip Jones said. “It was like a heavyweight fight. This is the second game in a row we’ve had to come back and it’s a credit to the character of our kids.”

After falling behind 32-21, Brookwood's Sam M'Bake hauled in a 19-yard touchdown pass from Dylan Lonergan to trim the lead to three, after the two-point conversion attempt was successful. After a stop on defense, Lonergan needed just two plays to put the Broncos back in the lead. The sophomore signal caller ran 13 yards and then 59 yards on successive plays for the score and the lead.

Complicating the Walton rally attempt was that quarterback Zak Rozman was knocked out of the game and his replacement, Jeremy Hecklinski, was unable to sustain the next possession.

Brookwood scored one final time, with just under three minutes remaining, when Stone Bonner took a short pass and rumbled 65 yards for the game-sealing touchdown.

Walton (2-1) received the opening kickoff and drove to the Brookwood (2-0) 33 on the legs of Rozsman. Rozsman gained 17 yards on a draw and connected with Nate Lyons on 25 yard gain to sustain the drive. The drive stalled, however, and on fourth-and-one, the Broncos stuffed A.J. Brown for no gain to take over possession.

Brookwood embarked on a 10-play, 67-yard drive which culminated in an eight yard slant for the touchdown from Lonergan to Conley Davis. Dan Le-Hernandez converted the extra point and the visitors led 7-0 with 5:17 left in the opening quarter.

Walton gave the ball back to the Broncos only two plays into its next drive as the Raiders’ Braylen Stokes fumbled after a five yard gain and Brookwood recovered on the 37. From there, Lonergan needed only three plays to guide the offense into the end zone. Alexander Diggs ran nine yards through the middle of the line with 3:22 left in the quarter for the touchdown. After the extra point the lead stood at 14-0.

With the momentum seemingly on the Broncos’ side, the Raiders responded in the second quarter. After a Brookwood drive culminated in a missed 40-yard field goal attempt from Le-Hernandez, it was Rozsman’s turn to guide his team for a score. Moving to the Brookwood side of the field, the drive stalled on the Broncos 36. Walton’s Conor Cummins connected on a 53-yard field goal to trim the deficit to 14-3.

The score seemed to energize the Walton sideline and Raiders coach Dan Bonner gambled with a pooch kick by Cummins over the head of the Brookwood forward kick off wall. The Raiders recovered on the Brookwood 38. After three runs moved the ball to the 16, Rozsman hit Ryan Polinski with a dump pass over the middle and he scored untouched. Cummins extra point trimmed the Brookwood lead to 14-10 heading into halftime.

Lonergan had good success passing the ball in the first half, hitting on 12-for-16 and netting 113 yards while Rozsman completed 7-of-14 for 74 yards. Brown led the Raiders in rushing with 67 yards while Lonergan also led the Broncos with 56 yards.

Brookwood opened the second half with an 11-play drive, capped by a Diggs one yard touchdown run on fourth and goal. The extra point increased the Broncos lead to 21-10. But the momentum swung quickly back to the Walton sideline as in a matter of four minutes, the Raiders scored twice to take the lead. First, Stone McKnight caught a 39 yard pass from Rozsman for the score. On the ensuing possession, Lonergan was intercepted on his own 49.

Brunner reached into his bags of tricks as he had Rozsman walk to the sideline, feigning indecision on the play call. The ball was then snapped to Brown, who pitched the ball back to his quarterback who then fired a 45 yard completion to McKnight at the Brookwood 4. Rozsman then closed the deal by completing a touchdown pass to Preston Evans on the next play and Walton led 25-21.

Rozsman padded the Raiders lead early in the fourth quarter before Brookwood seized the game.

“It’s a game of momentum and we let it slip out of our hands," Brunner said. “Our guys have nothing to be ashamed of, it's on me as a coach to get things cleaned up for the next game.”