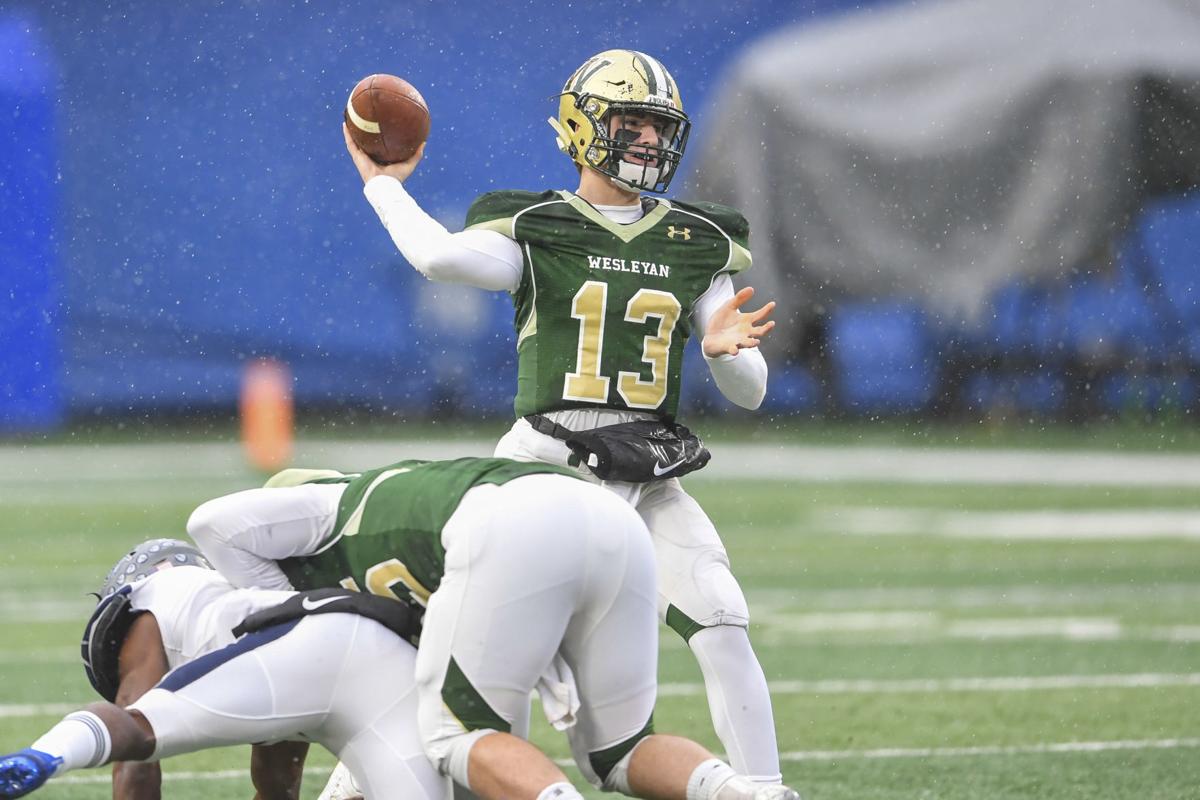 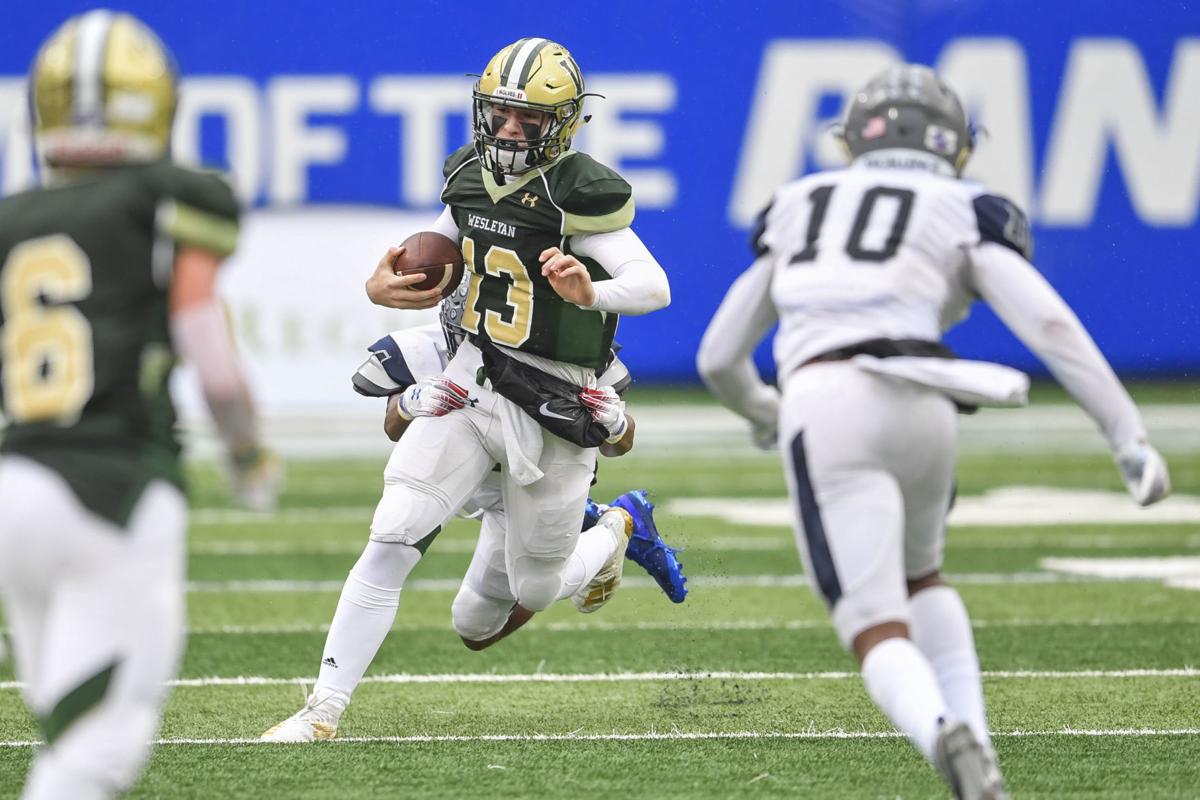 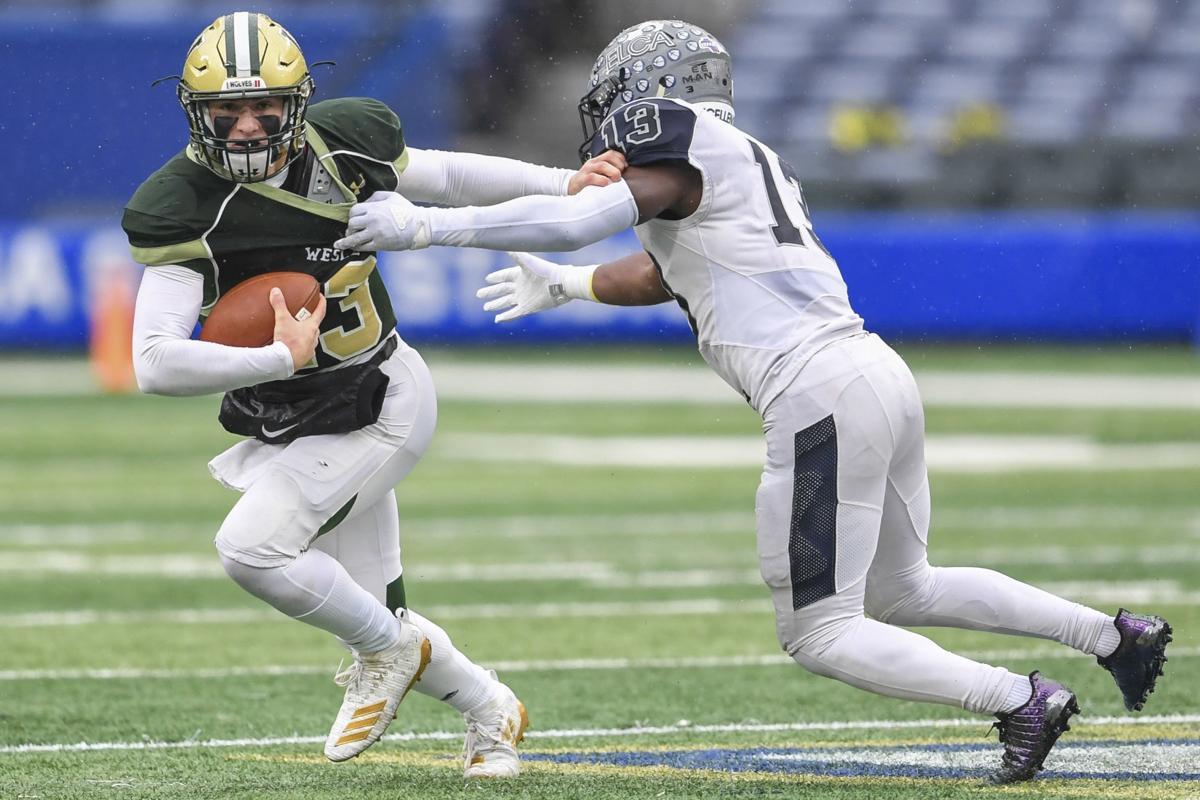 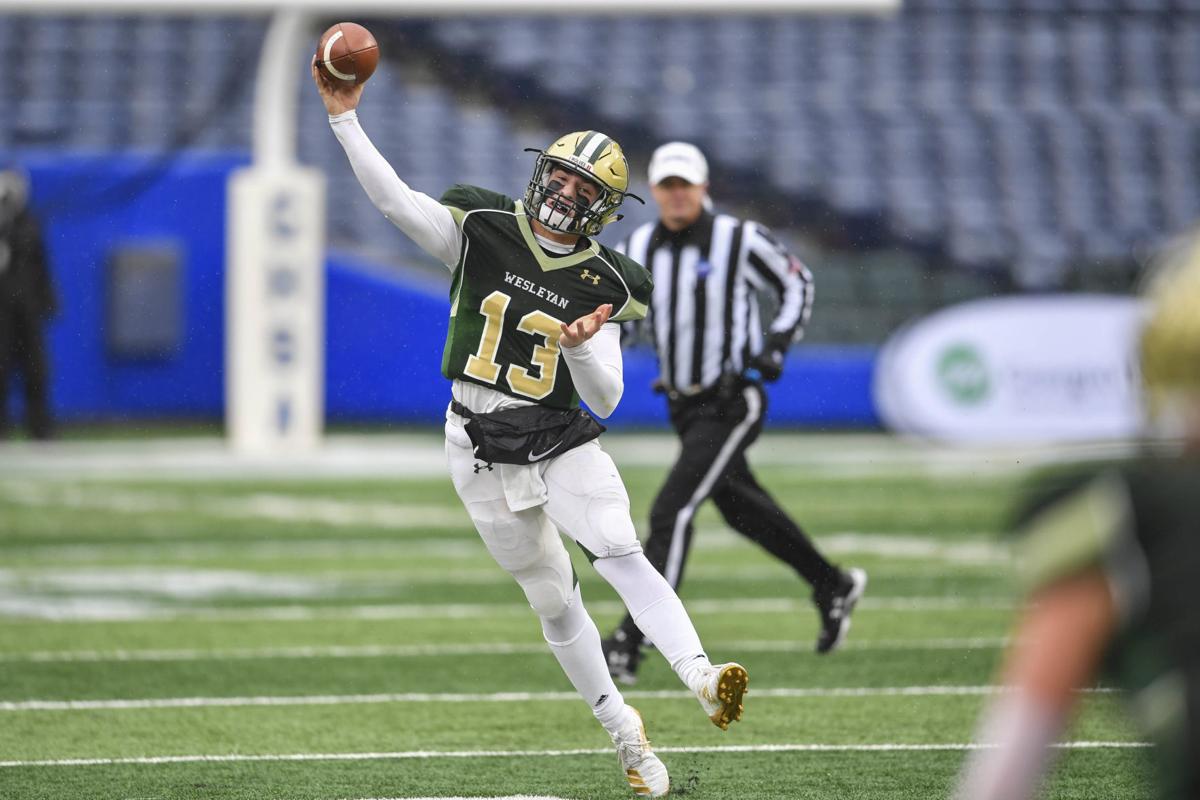 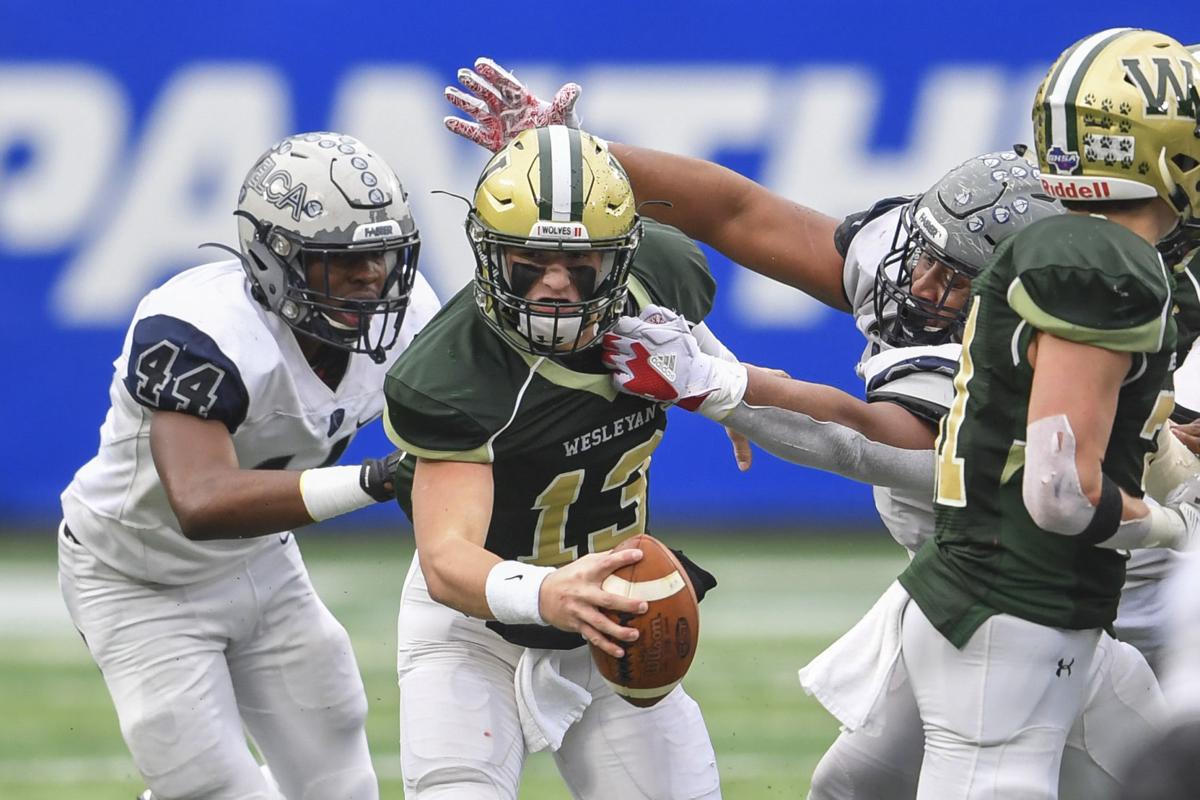 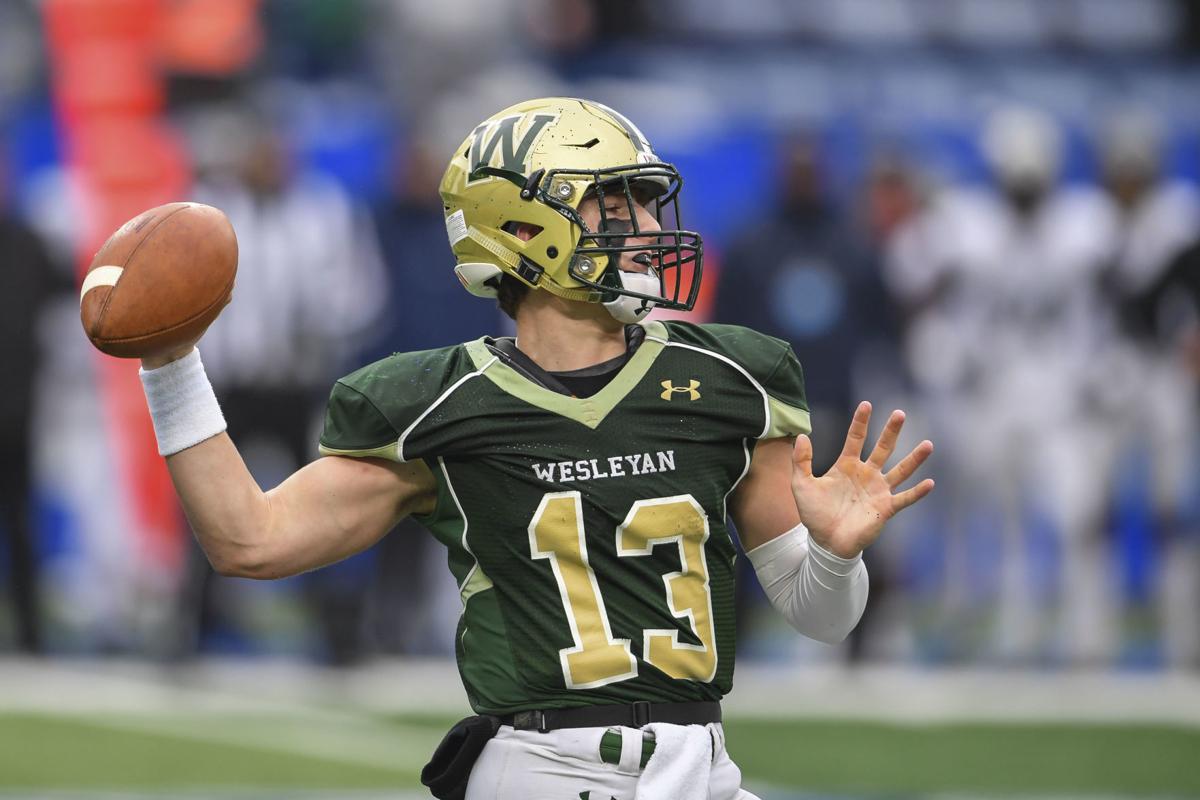 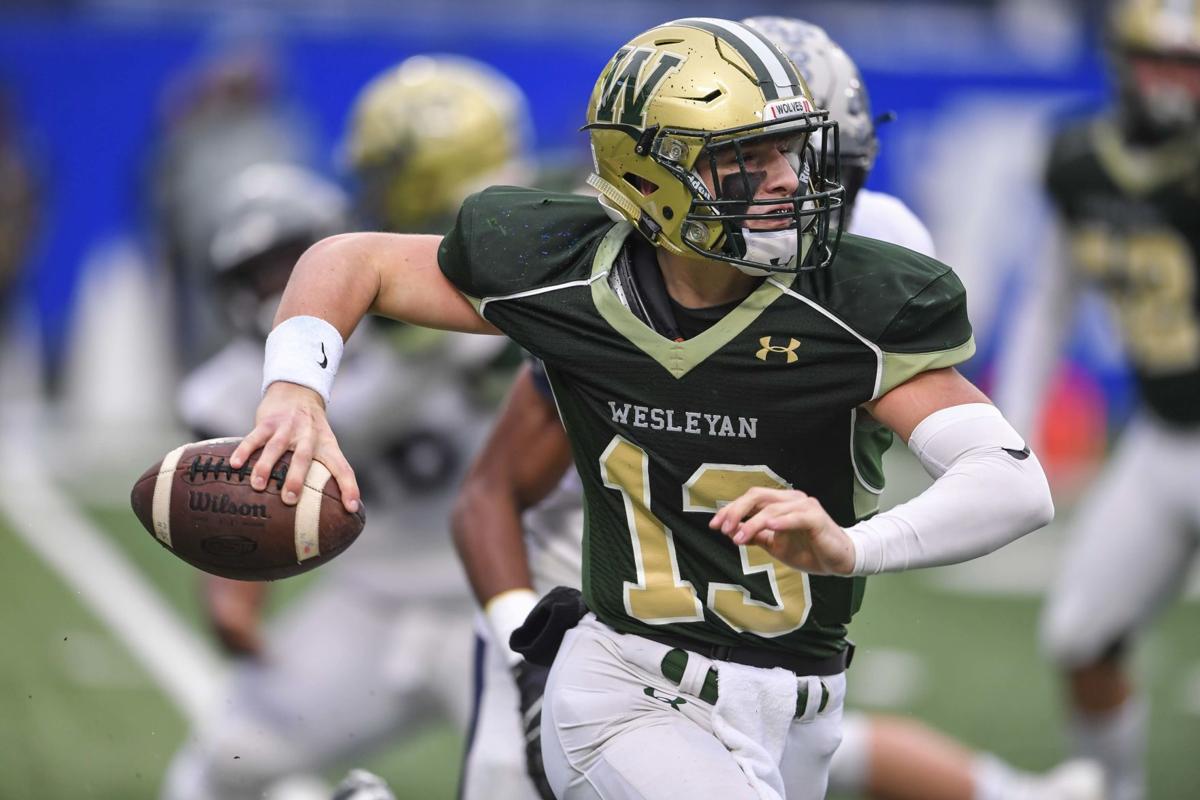 Sophomore quarterback J.C. French, who threw for 2,902 yards and 32 touchdowns in helping Wesleyan to the state finals, has transferred to Blessed Trinity.

French attended Catholic school through seventh grade before coming to Wesleyan. Blessed Trinity is an archdiocese private school in Roswell.

He started for the Wolves as a freshman and made an immediate splash. French passed for 1,901 yards, sixth most in the county, with 13 touchdowns and five interceptions in 2018.

Bigger and stronger, with a diverse receiving corps at his disposal, French was a no longer flying under the radar this season. Wesleyan’s offensive line afforded him time and space to work though. He competed 205 of 312 passes, while also getting the nod in the red zone to run for 16 touchdowns and nearly 400 yards.

In the Class A Private championship game, a loss to dynastic Eagle’s Landing Christian, French led the Wolves by running for 64 yards and throwing for 221 more, including a touchdown, on 16 of 33 passing.

Wesleyan head coach Franklin Pridgen confirmed that French is no longer at the school.

French was a first-team all-region selection and an honorable mention by the Gwinnett Touchdown Club. His yardage in 2019 was second only to Central Gwinnett’s Skylar Adams in the county. He already has college offers, including Wake Forest.