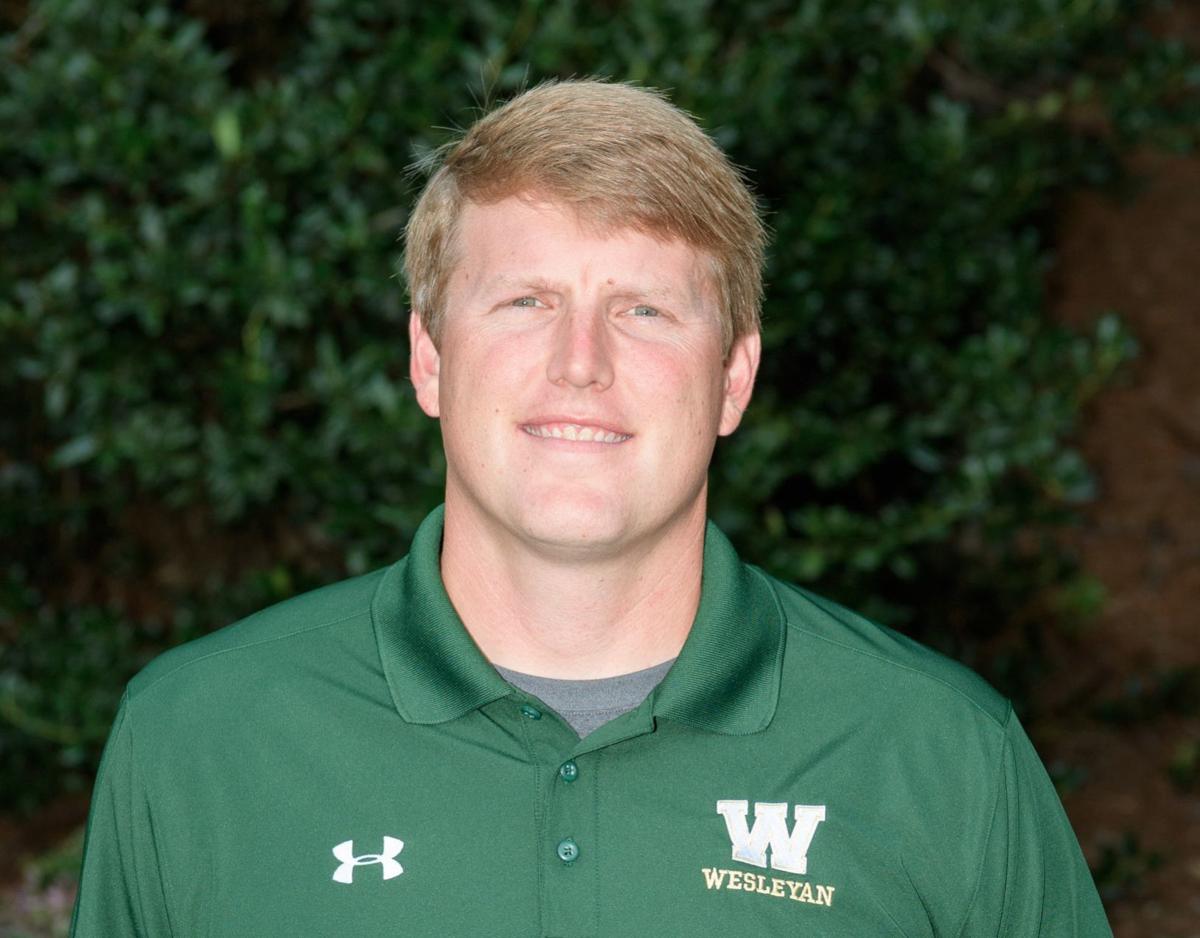 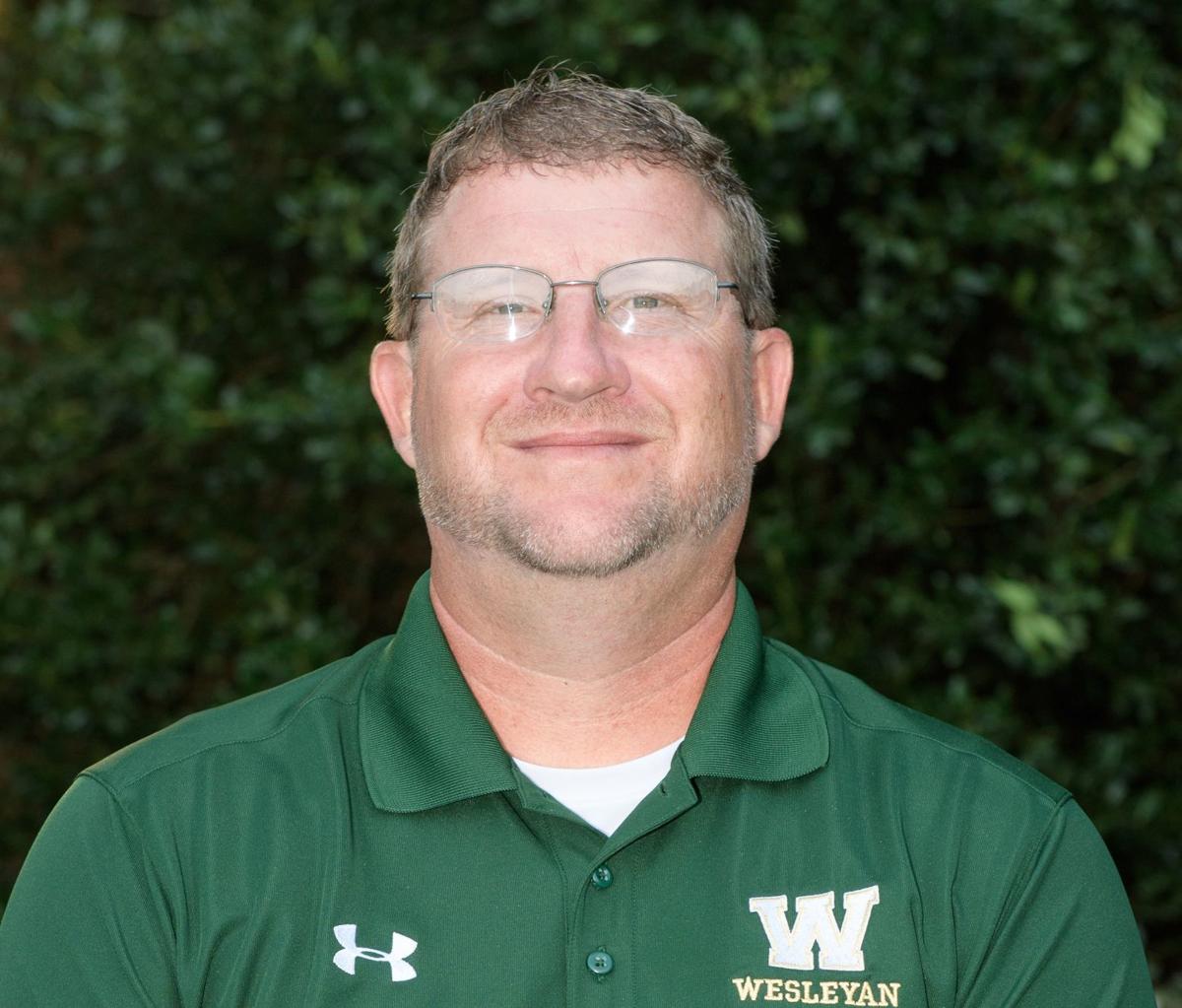 After Friday morning’s state championship game, the Wesleyan football staff is getting together at head coach Franklin Pridgen’s house.

The tight-knit group told Pridgen they wanted to celebrate — no matter what.

“Our wives are friends and our kids hang out together,” Pridgen said. “It’s just a really special environment and I count on them so much.

“I put so much into them, I put so much onto them, and I get all the credit, I guess, but I try to tell people every chance I get that we don’t do anything on this field by ourselves. There’s not a player, there’s not a coach — especially me — who does anything by himself.”

For coordinators Lee Rider and Chip Myrick, this is their first trip to a title game. Rider is in his ninth year at Wesleyan and 20th overall as a football coach. He’s been the OC for six of those nine years.

“I’ve been eating up every moment, putting in the hours, because you don’t know when you’re going to get back,” Rider said.

Myrick, a former offensive lineman at Clemson, is in his eighth year with the Wolves and sixth as DC. He appreciates having a head coach that is defensive minded, but who also lets him do his job.

“He’s really good about trusting other people’s input,” Myrick said. “The whole staff is, honestly, in terms of respecting everybody’s input and coming up with a plan.”

The coaching staff’s co-op mentality has brought the Wolves (12-2) to the Class A Private championship round, fighting through a purposely difficult non-region schedule in the first three weeks to getting bumped out of a first-round bye despite winning their final regular season game.

“Maybe it’s cliché, but I think I have the best staff in the state,” Pridgen said. “I’ve got guys who are not only experienced, but they’re energetic, they’re passionate and they understand what we’re doing here is not just trying to win football games.

Sundays are spent together in a room, offense on one side, defense on the other. Pridgen, Rider and Myrick come in around 1 p.m. The rest of the assistant coaches are there at 2 p.m. and then they start breaking down video. They stay until 7 p.m., or later in the playoffs. It makes for a long day, but it’s not all work.

“Everybody’s got a team,” Myrick said with a grin. “Franklin is an Alabama guy. I’m a Clemson guy — I played there and graduated in ‘05 so I’m obviously very proud. Then Coach Rider is a Georgia guy. There’s a good back and forth.”

Pridgen stays on the defensive side of the room, but he’s still listening to the offensive discussions.

“The good thing about Franklin is he trusts me and Chip a lot and he gives us a lot of leeway, but he always keeps an ear in our dugouts,” Rider said. “He does a good job of really letting me and Chip do what we do.”

Rider stepped back into the offensive coordinator’s job after Ed Dudley held the position for two seasons. Rider learned from Dudley, who is now at Winder-Barrow and has nearly 200 wins as a head coach, and from his first stint.

“The thing about us that I really love, that’s been different than other places I’ve been at, is all of us work together,” Rider said.

On Sundays, it’s Rider, Andrew Frerking (the former Wesleyan and Baylor quarterback who Pridgen called “everyone’s youthful spirit”), Jason Turner (the class clown and offensive line guru), Stanley Davenport (the “bulldog” unmatched in loyalty and commitment) and Candler Baxley on the offensive side. Pridgen said Baxley is a creative genius.

“There’s never been somebody more suited for coaching middle school,” Pridgen said of Baxley, who builds the foundation for the high school program. “He connects with teenagers better than anybody I’ve ever seen. He’s the ultimate relationship guy. He’s got a nickname for everyone. If he can’t think of one, he pulls it randomly out of the nickname jar.”

They all come to Rider with ideas and the group makes a decision.

“That’s what has made our staff really special — and I think that’s why we’ve done what we’ve done this year,” Rider said.

Defensively, Wesleyan has handled a myriad of challenges, especially during the playoffs. In the quarterfinals, Savannah Christian threw everything but the kitchen sink at the Wolves and they shut it all down in a 42-16 win. Last week, Wesleyan managed Fellowship Christian’s face pace — running a play about every 15 seconds — with aplomb.

“He’s the one always shaking his head, looking at his mischievous boys like, ‘Oh my gosh,’” Pridgen said with a definitely mischievous grin. “Nobody gets more frustrated with us and nobody loves us more. He’s also been doing this so long he’s seen it all.”

Also on the defensive staff are Justin Krueger and Chris Paroli.

“Chris is super energetic,” Myrick said. “If you think of the guy who is super vocal and drinks a lot of coffee — and probably doesn’t need to — that’s him. Justin is super positive and is an idea man. He brings a lot of different perspectives.

“I look at it as my job to take it all in, digest it and put it into a plan that the kids can execute. There’s no bad idea, but if you don’t have enough time to practice it, it can turn into something that isn’t productive.”

Pridgen compared it to a jigsaw puzzle with no piece the same, yet all fitting together to become a full picture.