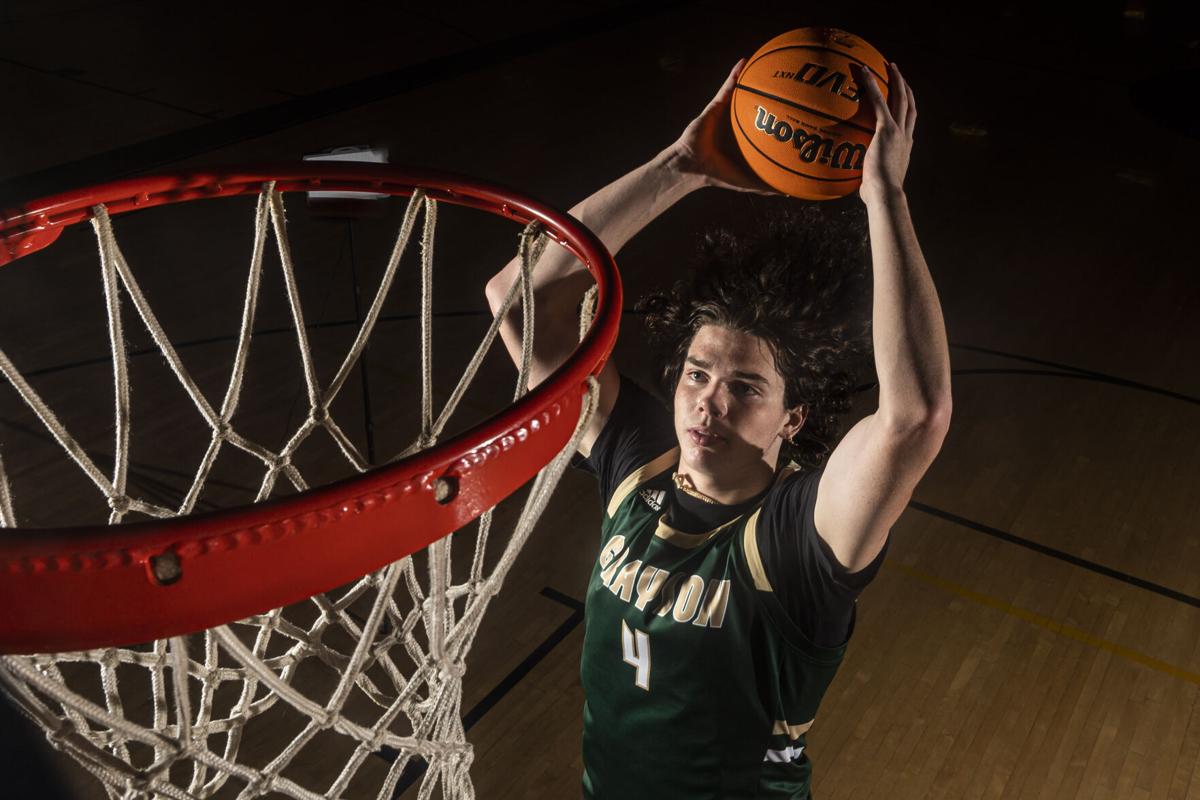 Grayson senior Ian Schieffelin, a Clemson signee, steps into an even bigger leadership role this season for the Rams, who are coming off a state runner-up finish. 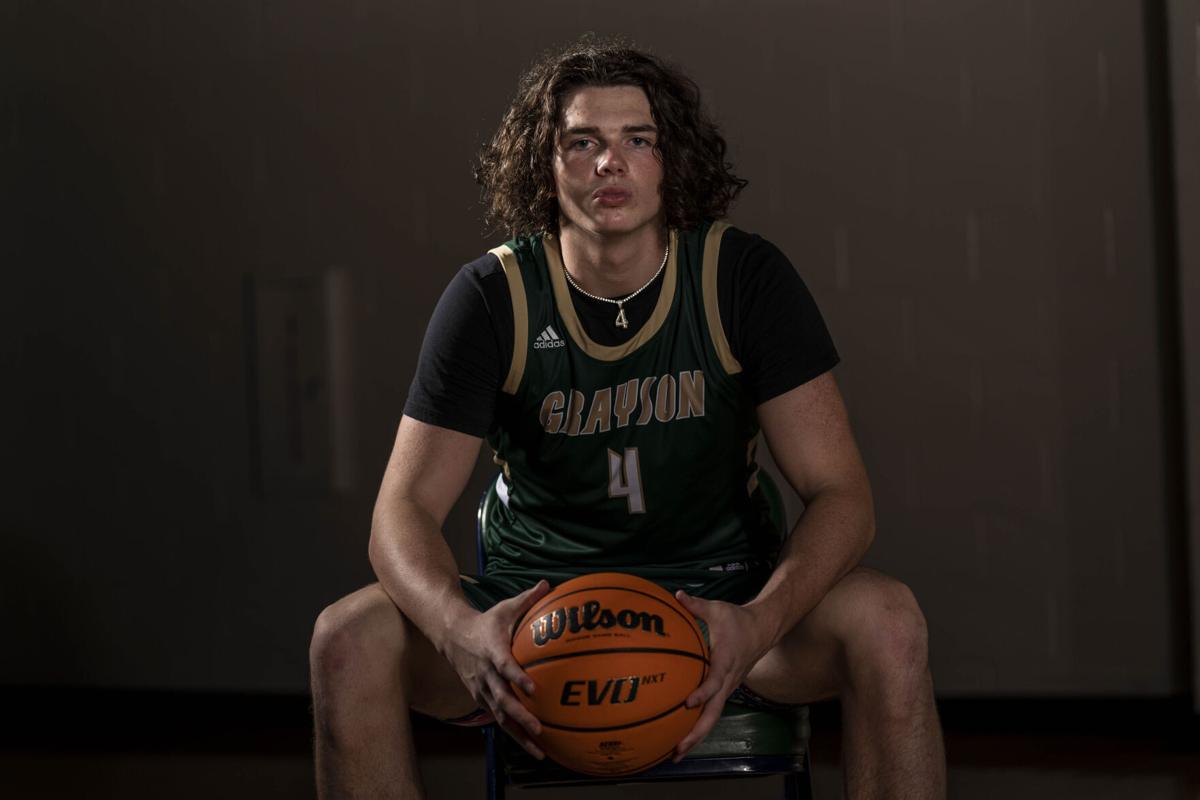 Grayson senior Ian Schieffelin has signed to play basketball in the ACC for Clemson. 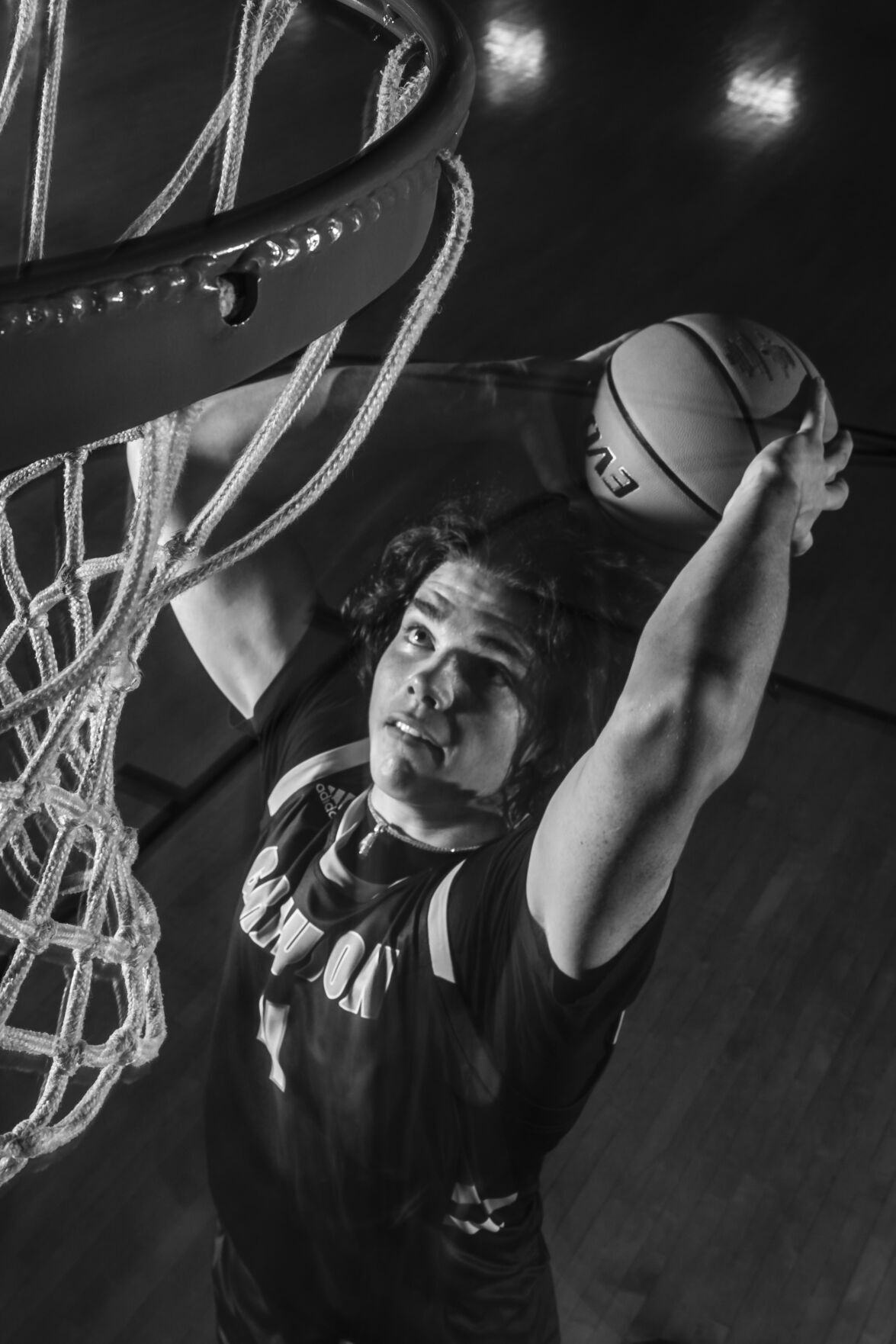 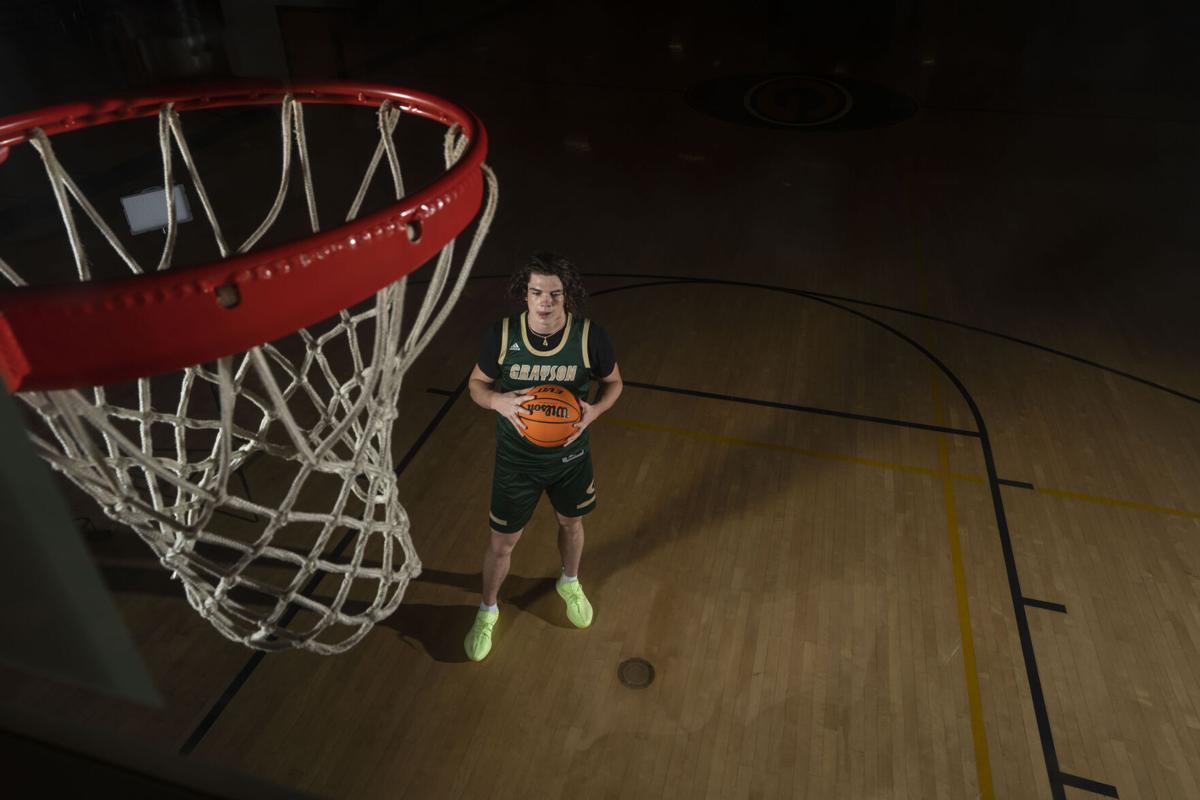 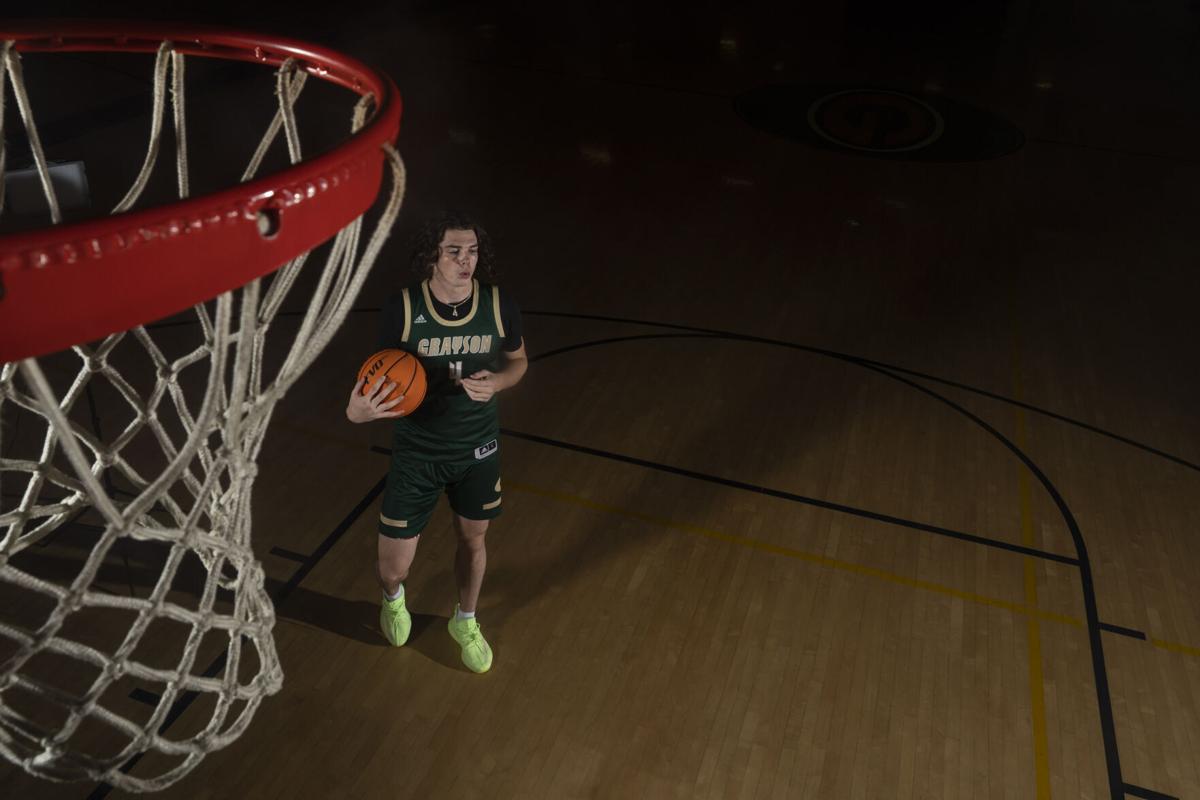 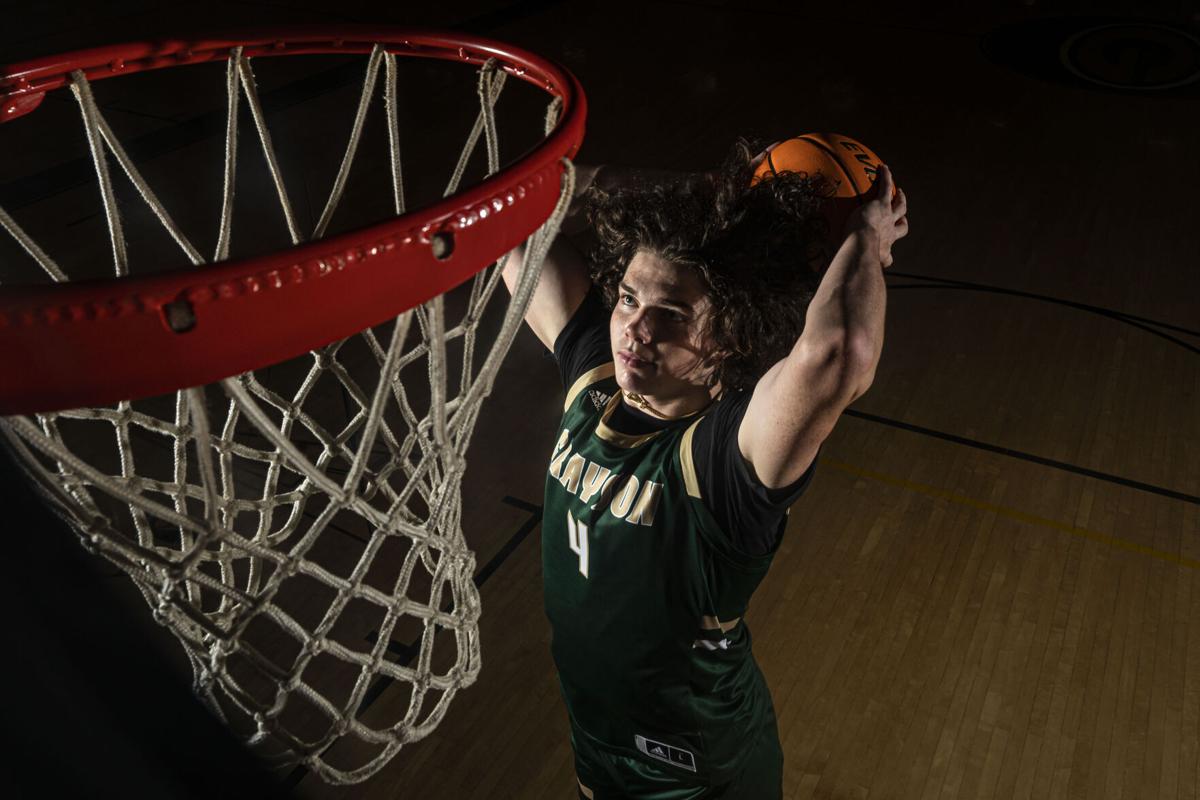 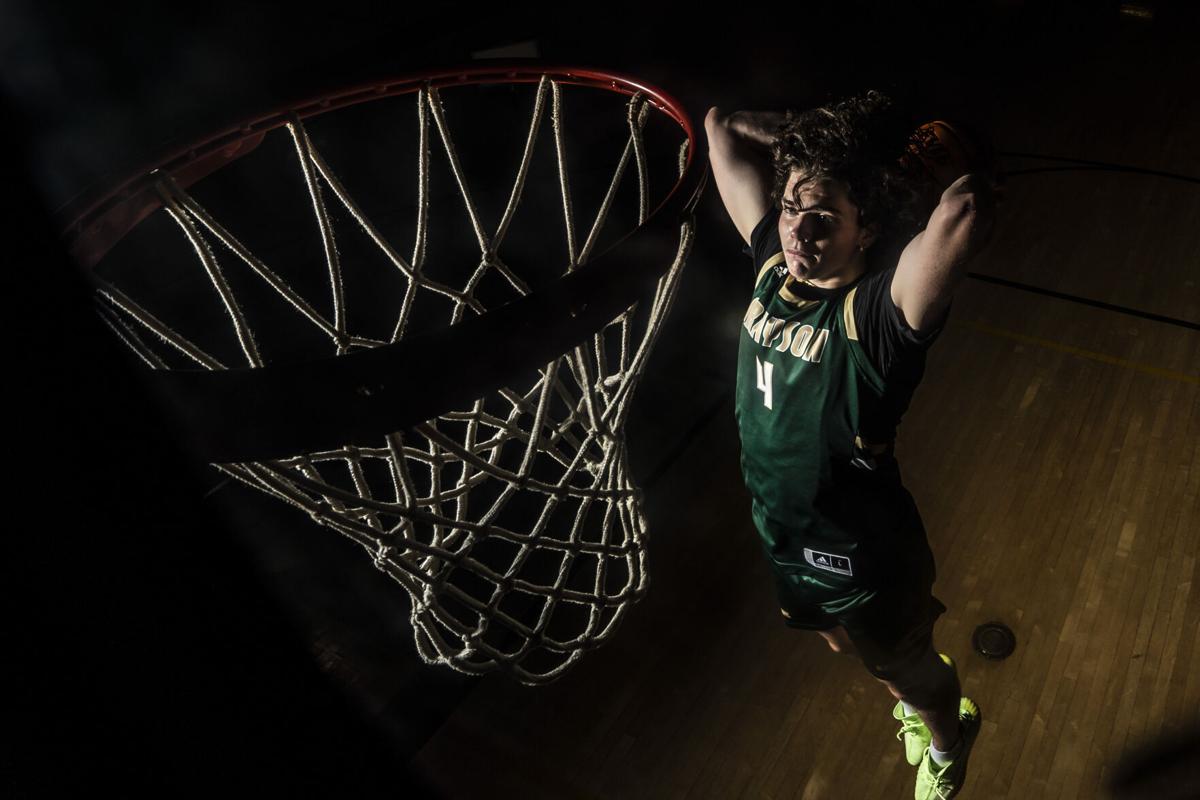 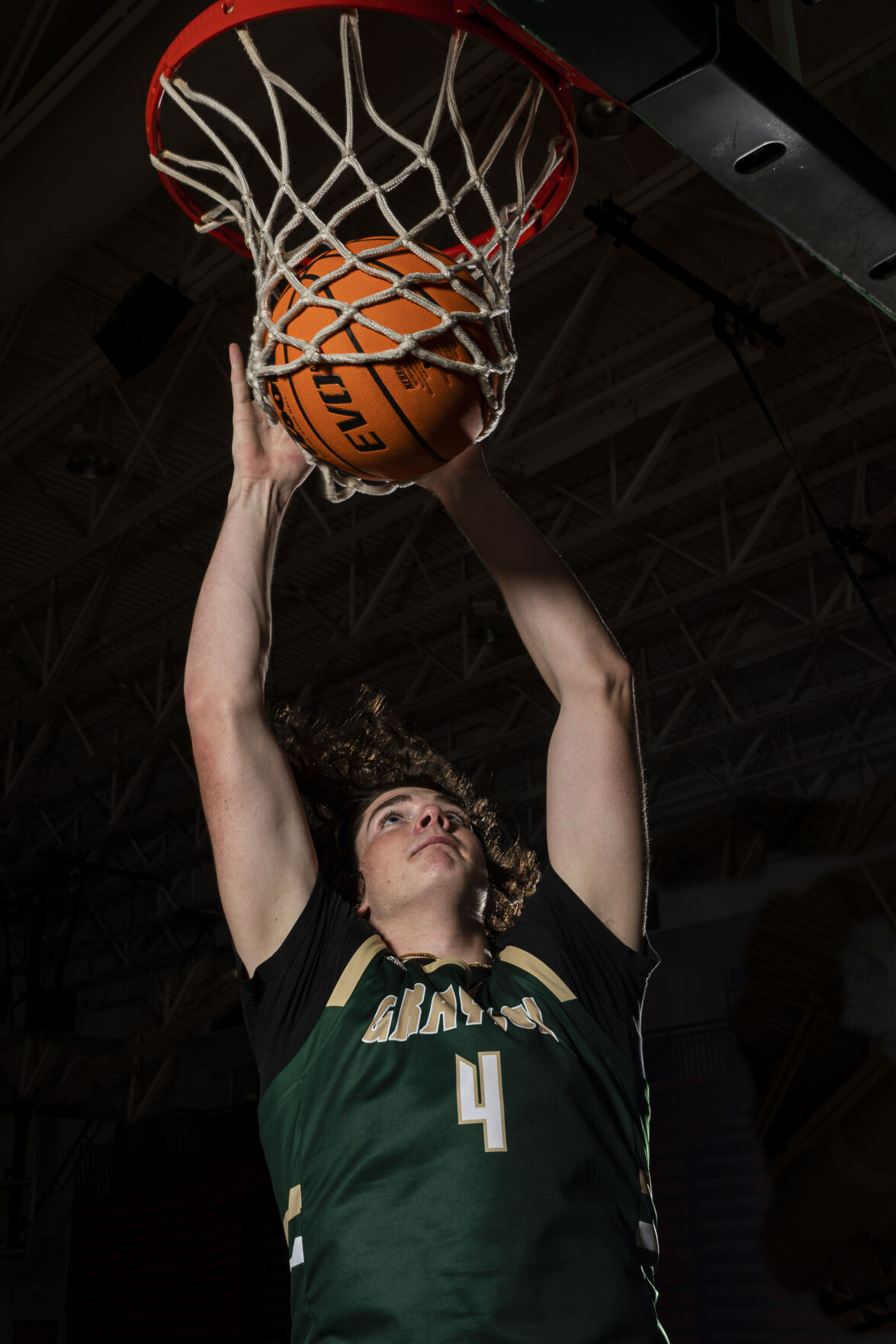 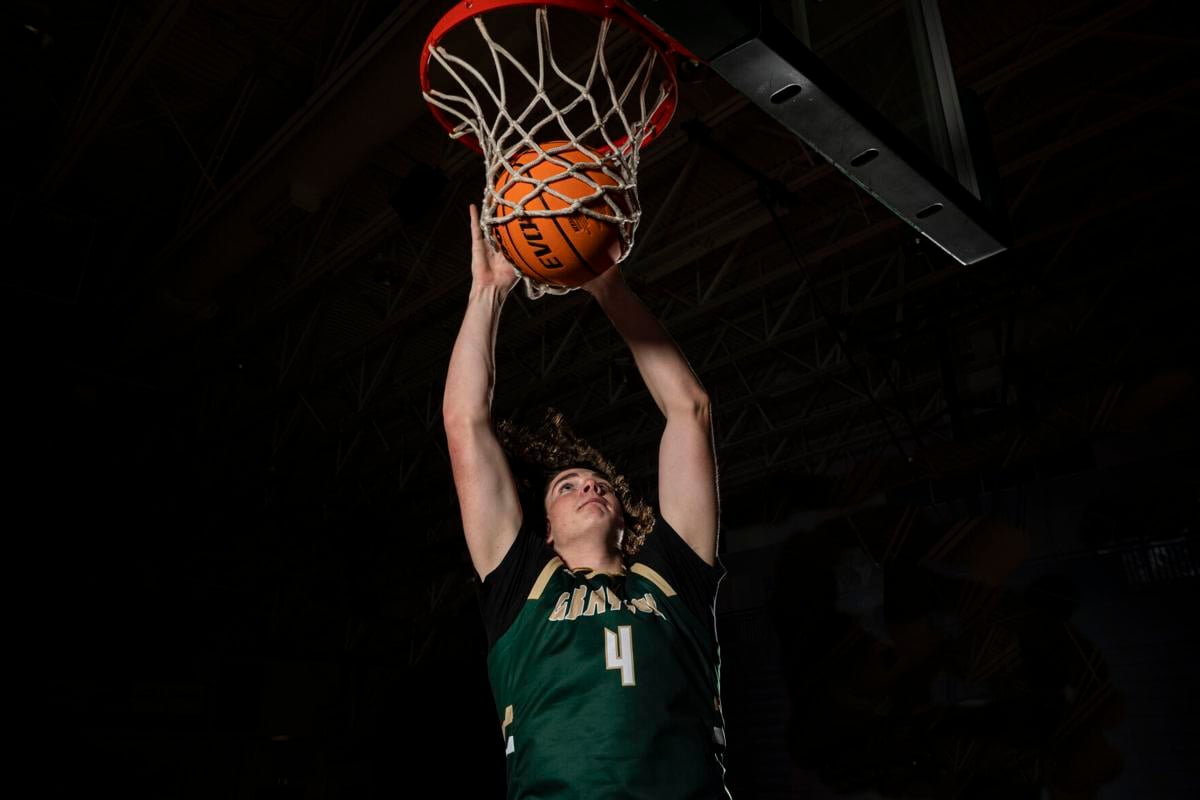 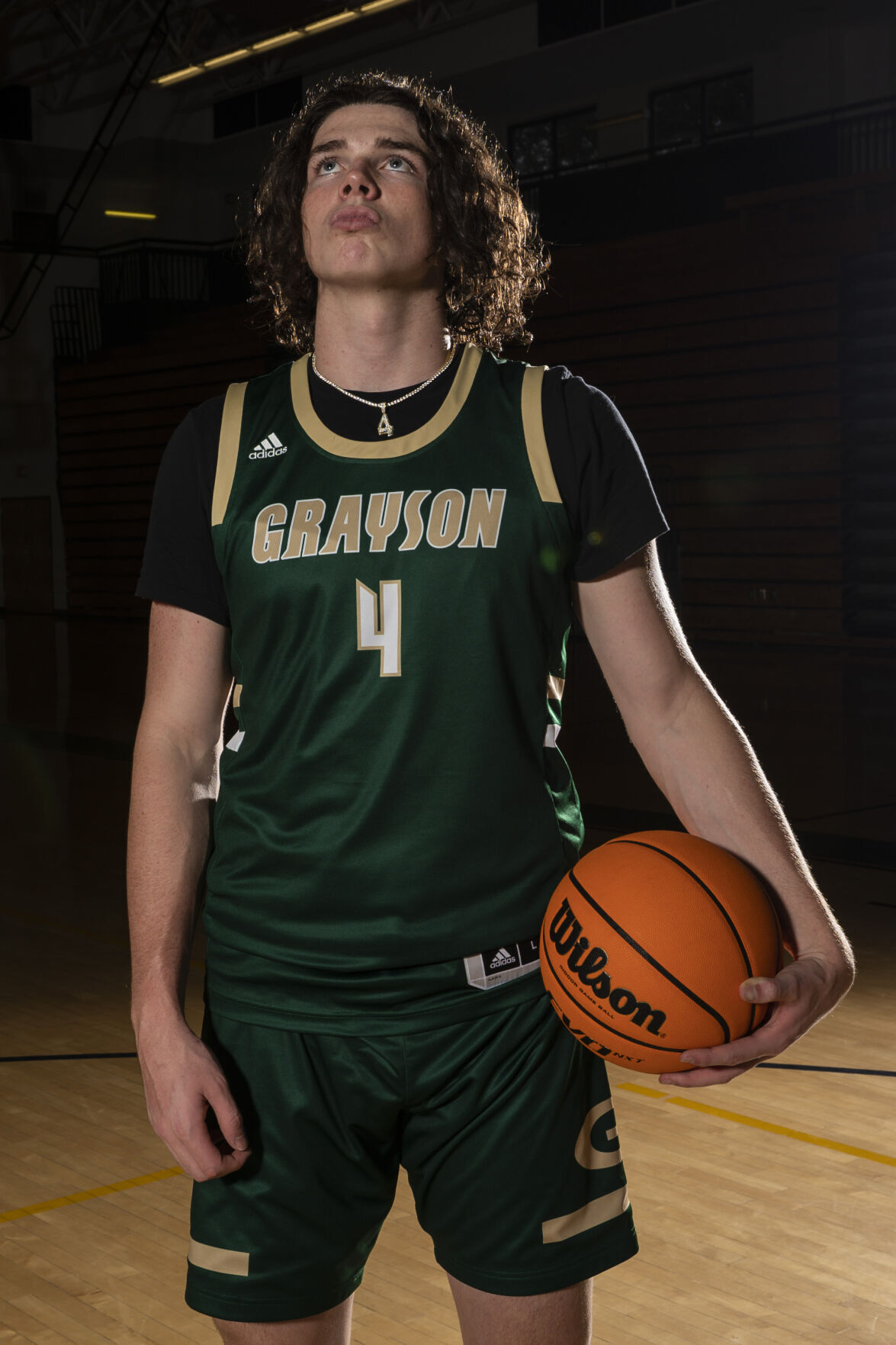 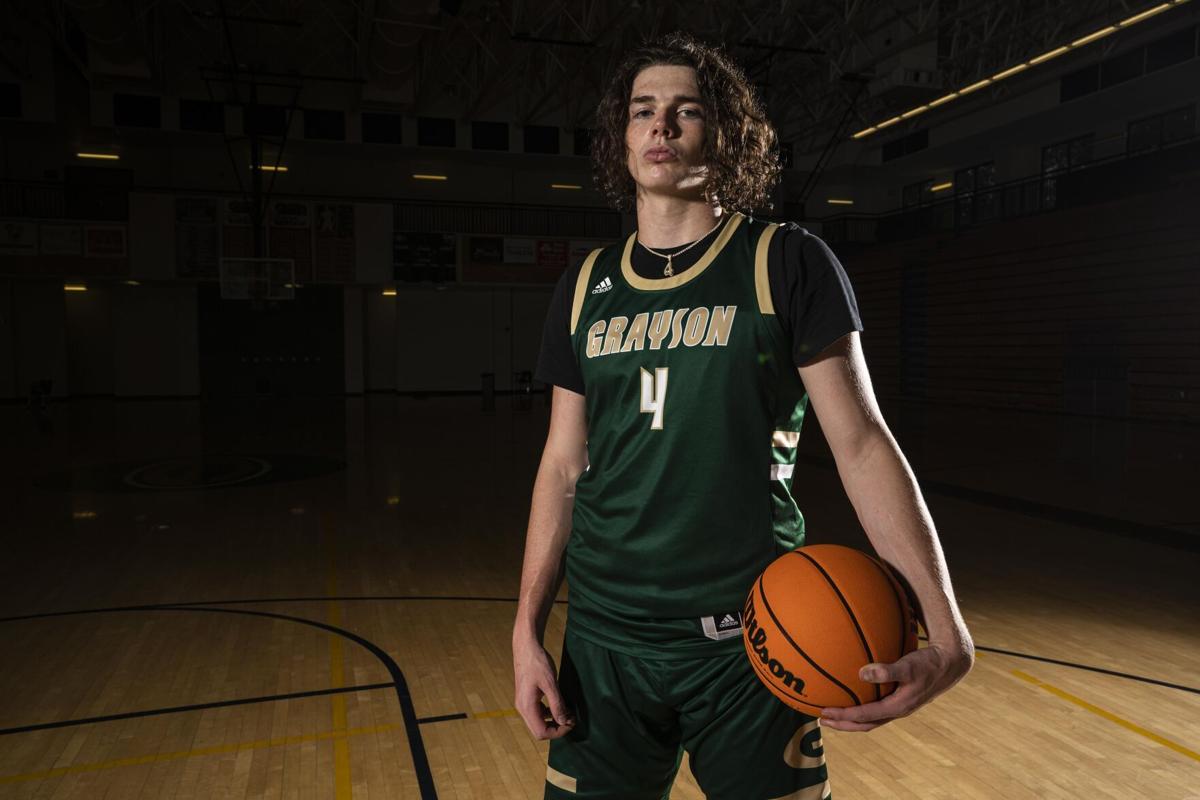 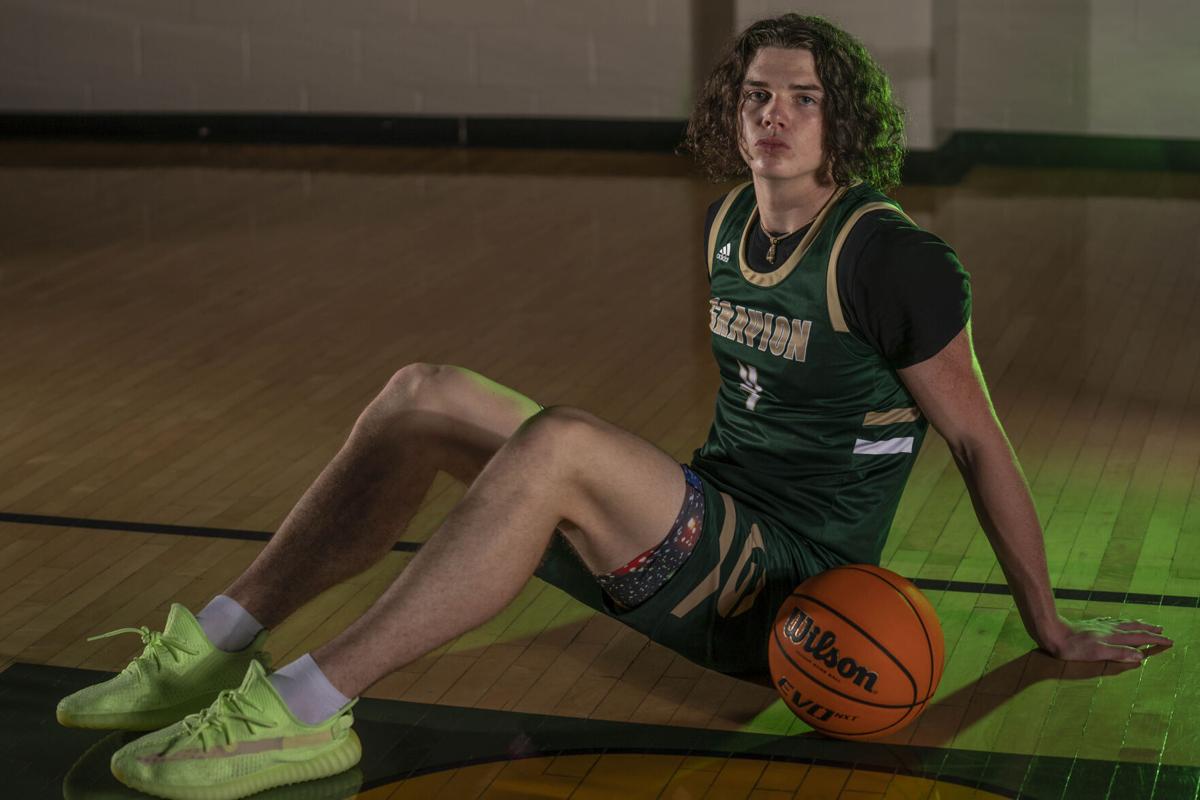 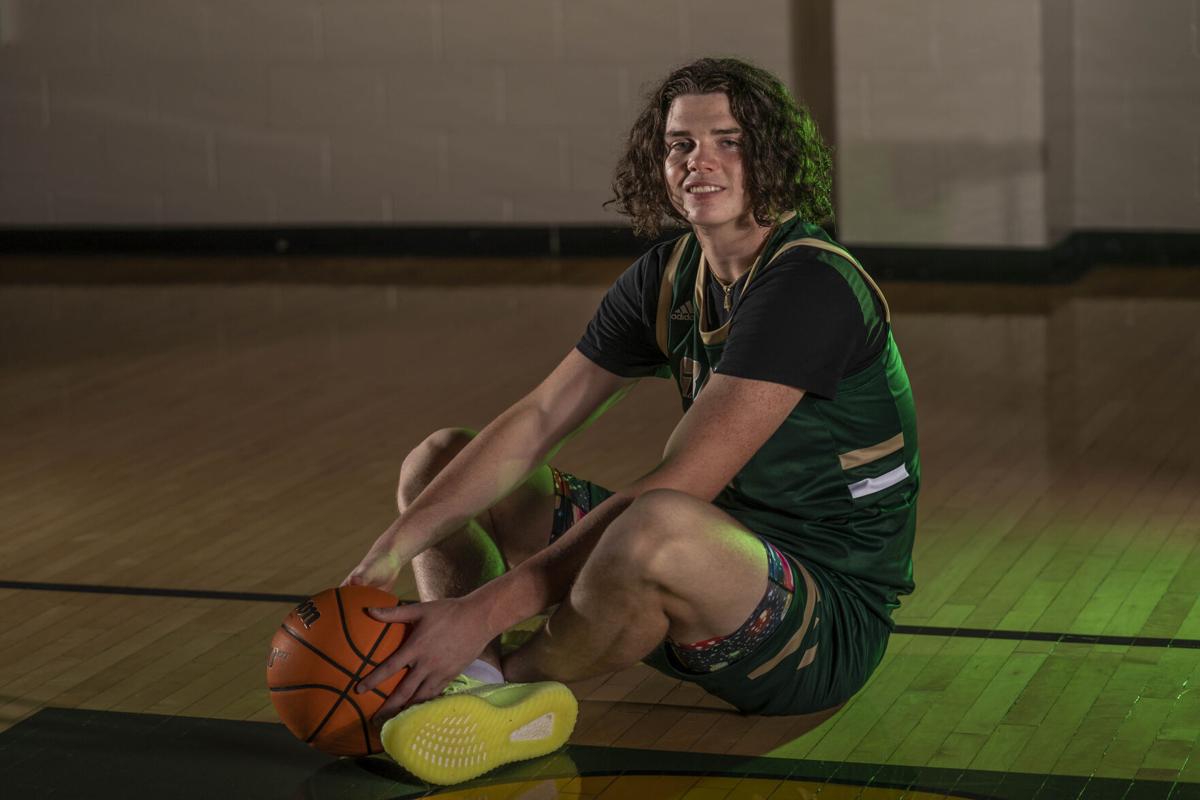 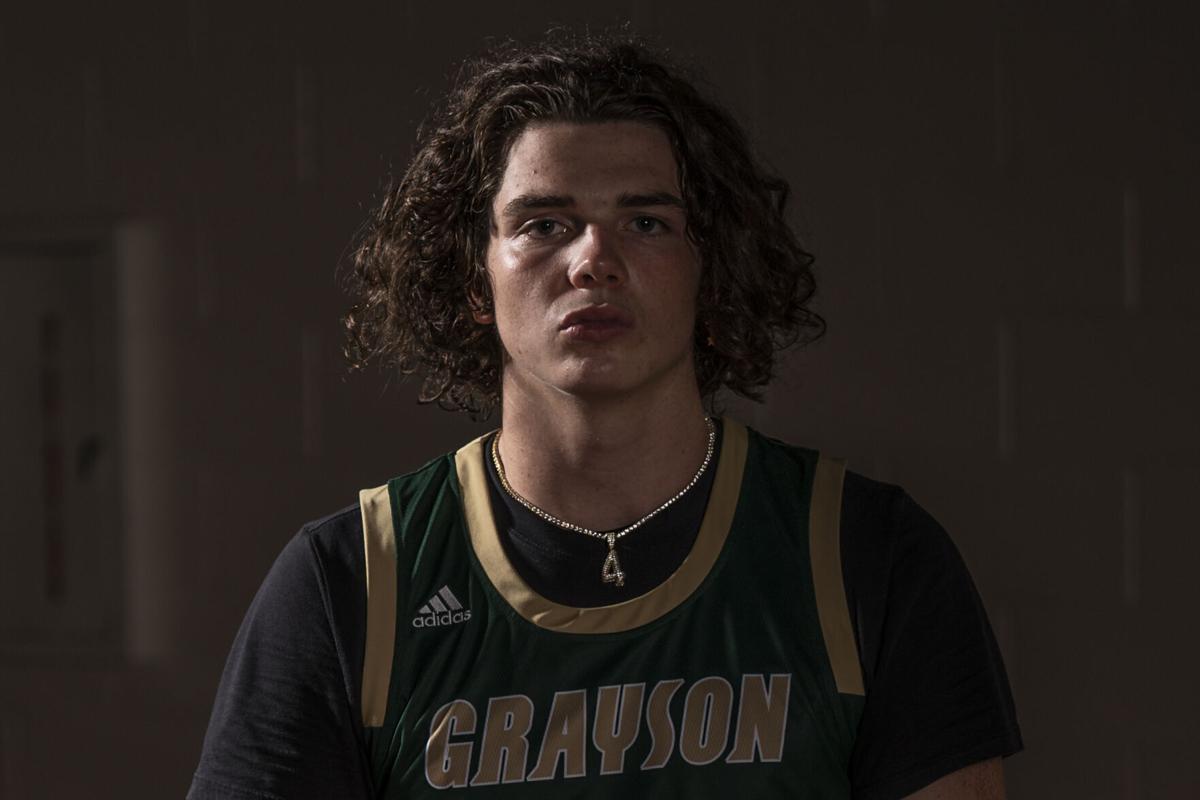 Grayson senior Ian Schieffelin, a Clemson signee, steps into an even bigger leadership role this season for the Rams, who are coming off a state runner-up finish.

Grayson senior Ian Schieffelin has signed to play basketball in the ACC for Clemson.

For all three of his previous high school basketball seasons at Grayson, Ian Schieffelin’s trademark has been to find a way to reinvent himself in some way, shape or form from the previous season.

On the eve of his senior season of 2020-21, the Rams’ 6-foot-8 Super Six power forward appears to have done it again.

That pretty much goes when considering what he has become both on the court and in the locker room, both of which have helped his steady rise from a big-bodied young freshman with potential into a three-star all-around prospect who has a major college career ahead of him beginning next year at Clemson.

It’s a development that has even surprised Grayson head coach Geoffrey Pierce, though he has always seen Schieffelin’s potential, even from those early days.

“I always knew he’d be a Division I college basketball player,” Pierce said. “What opened my eyes to … knowing he could play at the high major level was the way he worked after his sophomore year, when we got put out of the second round of the state tournament. He came back ready to roll. I knew then he had a chance to be special just because everything he’s gotten, he’s worked for. Nobody’s given him anything. I’m just proud of him.”

Indeed, Schieffelin has worked hard throughout each offseason to refine many different areas of his game throughout his career.

And all that fine-tuning has helped him make a more radical overall transformation to what appeared to be his athletic future track when he entered Grayson as a high school freshman three years ago.

While basketball was one of several different sports he had excelled at, it was expected that his future was most promising on the football field albeit at a position one might not expect to see someone with his 6-foot-6, 250-pound frame at the time.

“Honestly, coming into high school, I thought I was going to be a football player,” Schieffelin said. “But I realized my love was with basketball. Going into it, I didn’t know how far I could go with it, but it’s taken me pretty far.

“I played quarterback (in football). … I think it definitely helped make me work a lot harder. A lot of people thought I was crazy for quitting football, but I’ve worked really hard to get to where I am in basketball, and I think it’s really paid off.”

He’ll get no argument about that assessment from Pierce, who has seen Schieffelin put in the necessary work to reinvent himself as a basketball player, starting with dropping 20 pounds between his sophomore and junior seasons, and then 15 more this past summer, to become leaner and quicker, while still retaining his strength.

“It’s weird, but he’s stronger, but he’s actually lost weight,” Pierce said. “He’s 215 (pounds) now. … When we got sent home for quarantine back in March, he was on the phone with me giving me a list of things he needed from the school to work on his own. So he’s self motivated, for sure.”

That work to resculpt his body has done more than just helped Schieffelin’s conditioning, which should help him log more minutes on the floor this season.

It also helped him further develop his perimeter game, a process that has been two offseasons in the making, starting first with developing his long-range shooting in 2019 and culminating with his skills on both ends of the court this past summer.

“Definitely being more confident handling the ball,” Schieffelin said when asked about the most fine-tuning he’s done the end of last season. “I’ve been able to rebound and dribble down the court, which I haven’t been able to do my whole high school (career). Overall this summer, I focused on dribbling and becoming more versatile than I already was.”

Those changes in his game has made him a much better all-around player, culminating in a junior season that saw him average a double-double at 10.7 points and 10.2 rebounds per game, to go with 1.7 assists and 2.7 blocked shots.

But perhaps the biggest adjustment Schieffelin has made to his game this offseason had nothing to with the physical aspects of basketball.

And that adjustment was fueled by the disappointment that has burned inside him since the Rams, who were 30-1 and carried a top-five national ranking into the Class AAAAAAA state championship game last March in Macon, let an eight-point lead slip away with some late missed free throws, including two of his own.

Those misfires allowed Wheeler to pull the upset, thanks to a free throw by Samuel Hines Jr. with 1.1 seconds left, and take the title, something that has left Schieffelin, and a handful of his other teammates back this season, with a bad taste in their mouths that they are determined to eradicate.

“Honestly, I think about that moment every day,” Schieffelin said. “I still remember that last free throw (from Hines) that went in for us to lose the state championship. We have unfinished business to go out my senior year with a state championship.”

Schieffelin is the lone returning starter from that team, with fellow senior Taje Kelly and junior Kaden McArthur as the only other regular contributors from last year.

Add in the influx of a lot of high-profile newcomers like transfers Chauncey Wiggins and Tyrese Elliot, and Pierce knows the Rams will rely on Schieffelin’s leadership and experience quite a bit this season.

“We’re definitely leaning on Ian,” Pierce said. “We told him before we got shut down in March, … ‘Next year, it’s going to be your cart.’ He embraced the role as one of the leaders on the team, and the team’s kind of taken on his personality. … They just show up and work as hard as they can, and then clock out.”

That’s a role Schieffelin is happy to accept as he tries to add the cherry on top to his high school career and create a bridge to a big-time college career in the prestigious Atlantic Coast Conference at Clemson.

“I’ve definitely taken more of a leadership role than I have in the past,” Schieffelin said. “I’m really making sure that this is a team where we don’t care about all the individual stuff. If we’re going to win anything, we have to play as a team and work together.”