Skip to main content
You are the owner of this article.
Edit Article Add New Article
You have permission to edit this article.
Edit
Home
Sports
Schools
Events
Statistics
Podcast
Multimedia
Interact
Help
1 of 2 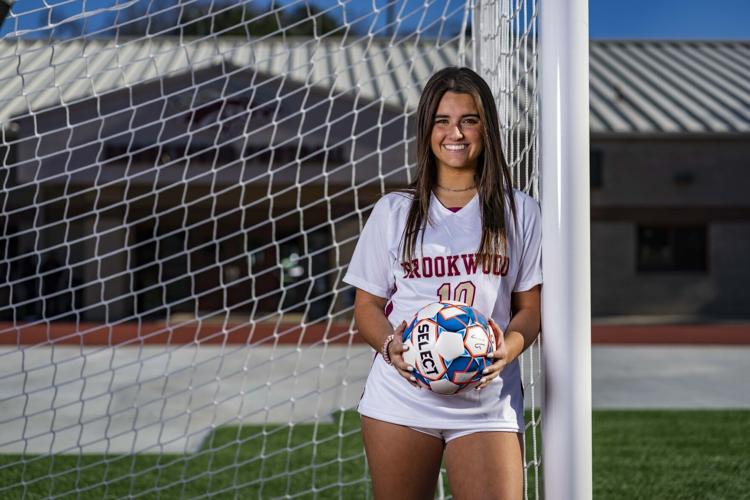 Brookwood senior Stella Allen, a Kennesaw State signee, had 31 goals and 15 assists last season in the Broncos’ run to the state quarterfinals. 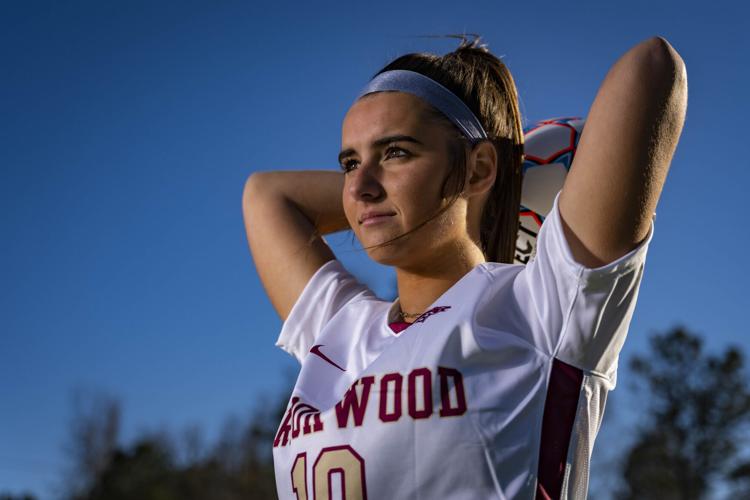 Brookwood senior Stella Allen, a Kennesaw State signee, had 31 goals and 15 assists last season in the Broncos’ run to the state quarterfinals.

As a child, there were always football games on the family TV and Stella Allen watched intently as her favorite team, donning red jerseys at home, was in action.

But this wasn’t the Georgia Bulldogs. And it wasn’t American football.

From birth, Allen has been a supporter of Liverpool FC, a fandom of the English power that began with her father Ashley.

“My dad is from England, so I grew up with a ball on my foot and you always have soccer on TV all the time, specifically Liverpool, that’s our favorite team,” said Allen, a Brookwood senior and one of the state’s top soccer players. “I just grew up watching it and playing it from the start. … I definitely remember when I was like 2, sitting on his lap and watching games. We would play on the PlayStation and play FIFA, stuff like that. We’re big Liverpool fans, so me and my dad always watch games. He screams at the TV all the time. It’s so funny.”

Those Premier League matches sparked an interest in soccer, and led her on a journey of success through club soccer and at Brookwood. It also will take her to the next level — she signed in November with Kennesaw State.

“The game was just always in my head and I learned so much from watching it at young age,” said Allen, whose mother Colleen played lacrosse at North Carolina. “That’s how I think I got that natural talent. I knew I was watching better players than me, so I was learning from them on the field, knowing where to be at the right time and stuff like that.”

At the high school level, Brookwood has been the beneficiary of Allen’s talent.

The four-year varsity player earned all-county and all-region honors the past two seasons, racking up 31 goals and 15 assists last season as the Broncos reached the Class AAAAAAA quarterfinals before losing a 2-1 heartbreaker to Lambert.

“Get a ring, that’s our main goal (this season),” Allen said. “And of course beat Parkview and get a region championship.”

Allen figures to be at the forefront for Brookwood alongside teammate and Mercer signee Sydney Farr.

“Stella has already been a great leader for us and a great help to me coming in as the new coach this year,” Brookwood girls coach Michael Tolmich said. “As with any captain, her top jobs will be to lead by example and hold others accountable. Stella is a born leader, and I have no doubt she will help lead this Brookwood team throughout the season and playoffs.”

Allen has embraced the leadership role that comes with being a senior.

“I want to make sure I can lead these girls to get as far as we can,” she said.

What she does in the Broncos’ attack will dictate the team’s success as much as her leadership. She already has plenty of great moments through three high school seasons, including a memorable 2-1, comeback win over Roswell in the state playoffs in 2019, her freshman season. She assisted Farr on the equalizer in the waning minutes of regulation, then assisted on the game-winner to Deyonna Groce in overtime for a 2-1, comeback win.

“We won the game and it was so cool, everyone ran on the field,” Allen said. “We were going to the Final Four and everyone thought it was such a big deal. And it was because we earned it on the field.”

Another fond memory came last season when Brookwood clinched the region title with a victory over longtime rival Parkview. She scored the second goal, the eventual game-winner, in a 2-1 win.

“That was a big game because it was our second game and that’s who won the region championship, the winner of that game,” Allen said. “Also there was a lot of trash talk about me before the game with Parkview, so I said, ‘You know what, I’m just going to go out there and score.’ I ended up scoring the game-winning goal that won the region championship. I was just happy to prove them wrong.”

While that was a memorable high school goal, Allen has plenty to choose from — 79 through three seasons. Her goal is to reach 100 career goals during her senior season, though she also is within striking distance of Brookwood’s career record of 107 goals, set from 1989-92 by Natalie Daniel, who had 52 of her goals in one season.

Allen also wants to enjoy one more season of high school soccer, which she has thoroughly enjoyed, before heading off to Kennesaw State.

“High school soccer is amazing,” Allen said. “The atmosphere with the students and knowing it’s game day at school. It’s a cool feeling also to have your name in the newspaper if you have a good game or you score a lot of goals, and (the school posts) on Twitter, and everyone congratulates you at school. The teachers know you as being an athlete. It’s just cool.”