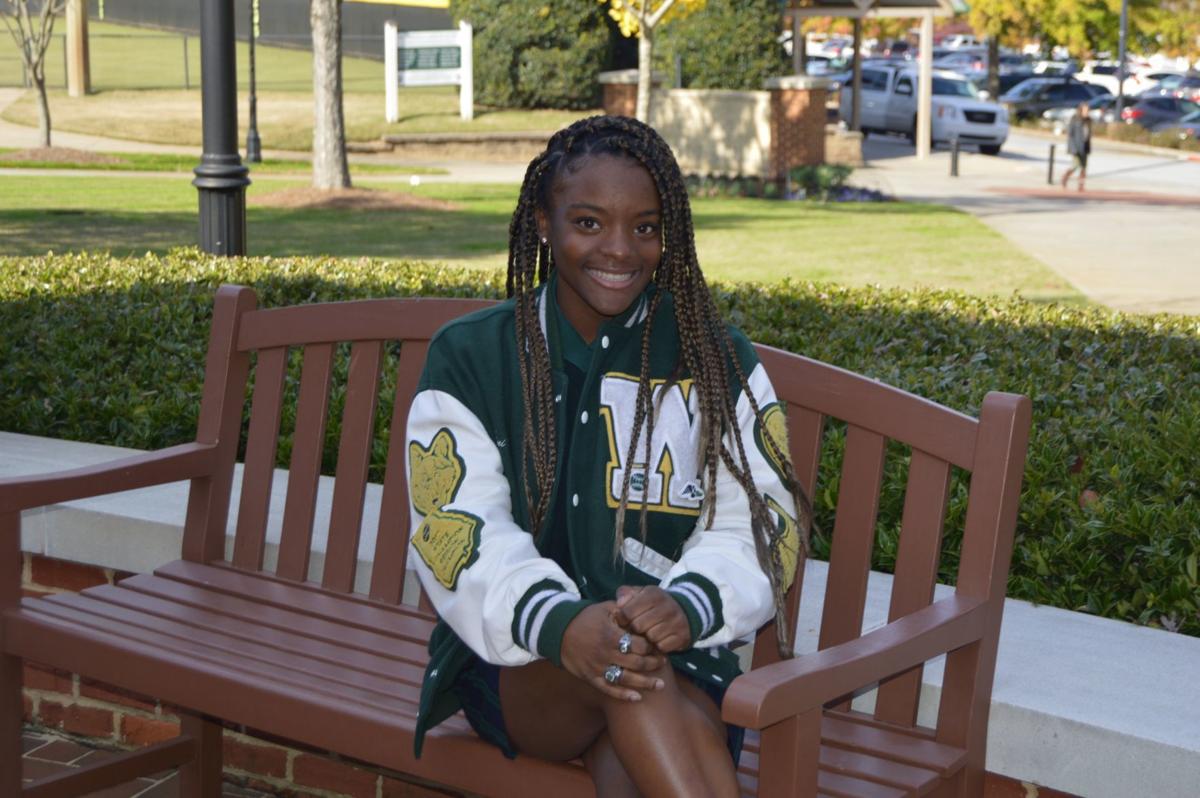 Hebron Christian senior Hayden McGee is the Daily Post’s volleyball player of the year after leading the Lions to a state championship. 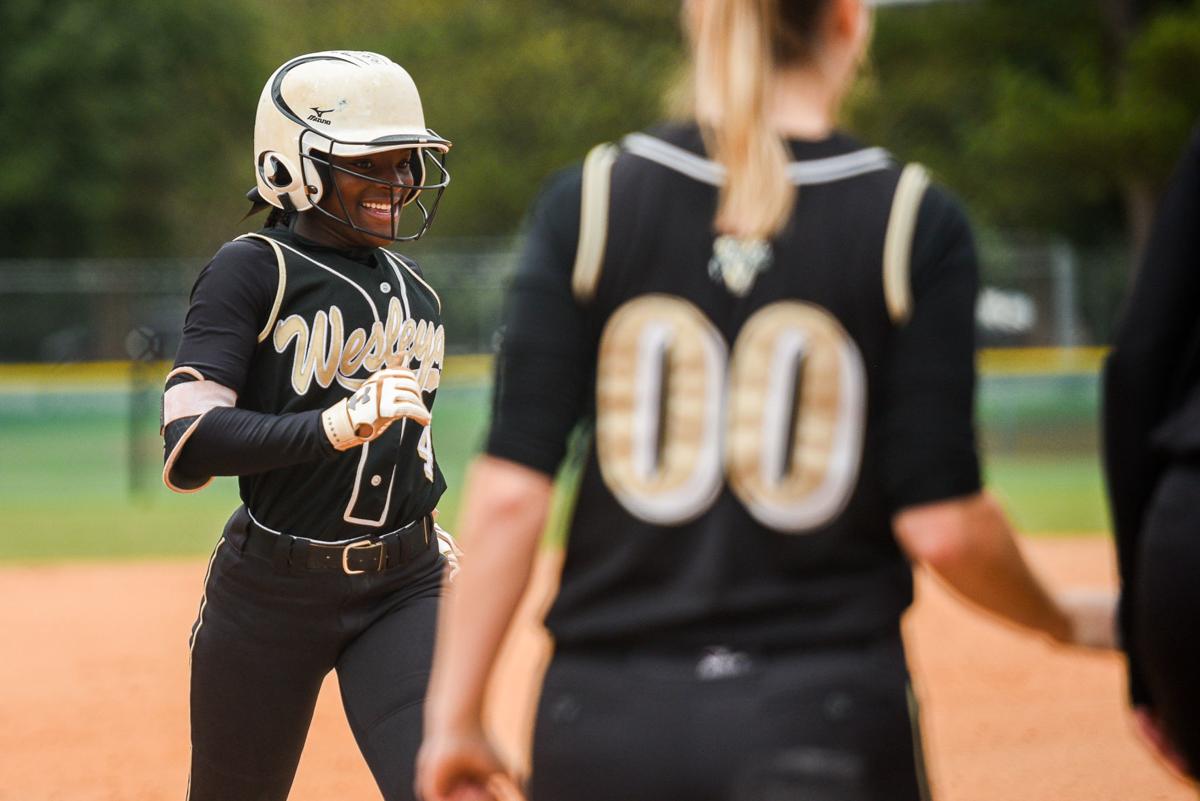 Hebron Christian senior Hayden McGee is the Daily Post’s volleyball player of the year after leading the Lions to a state championship.

PEACHTREE CORNERS — As is the case with her Wesleyan teammate Madison Kerpics, Jahni Kerr knew full well she was entering the 2019 high school softball season with incredibly high expectations, and she had only herself to blame for it with her own performance throughout her career.

But the reputation those expectations came with led to a different obstacle the senior centerfielder had to deal with on her way to her second consecutive Daily Post Player of the Year honor.

“I mentioned this to her at the start of the year that teams were coming in and their game plan was, ‘How do you stop Jahni?’” Wesleyan coach Mary Stephenson said. “If you don’t stop Jahni, then then you’re going to lose to Wesleyan. So it’s how you stop Jahni, and that’s a ton of pressure. She handled it so well. All throughout the season, she displayed such patience.”

Patience is something Kerr has had to have more and more each progressive year as word spread about her hitting ability.

But despite seeing fewer and fewer hittable pitcher per at bat, she showed more than enough plate discipline to wait for her pitch, and an outstanding batting eye to not miss it when it came.

“This year, I’d say hitting-wise, I got a lot more riseballs (and) walks,” said Kerr, who finished 2019 by hitting .534 with 11 home runs, 32 RBIs, seven doubles and seven triples. “I think a lot of my struggles this year was mental. … It was a little frustrating, but it just made me zone in on my other aspects of the game (like) running the bases and moving myself around to get me into good scoring position for the next person at bat.”

True, any opponent that pitched around Kerr throughout her career, and especially in 2019, did so at their own peril not only due to her own speed on the basepaths, but a strong supporting cast hitting behind her that includes fellow senior Kerpics and juniors Gracie Taylor, Reece Holbrook and Elizabeth Bertram.

Through her 55 hits and 15 walks and being hit by three pitches, Kerr definitely made opponents pay however she reached base by stealing 41 bases and eventually coming around to score 55 runs.

“If you look at all our signature wins throughout the season, she had the big hit or when the (situation required) it, she would (draw) the walk and then she’d steal second, and then she’d be scoring from there,” Stephenson said of Kerr. “She just did whatever was required to help our team be successful, and that’s really uncommon for a high school athlete to be able to say, ‘This is a situation where I need to draw a walk versus a situation where I need to be aggressive, and I’m going to hit a home run.’ And she just has a knack for that. There’s so many things that makes her special, but her mental approach and maturity … and humility to say, ‘I don’t have to hit a home run every at bat, I don’t have to hit a double every at bat, … (but) I’m going to do whatever my team needs,’ that’s just unique.”

Team goals were very important for Kerr this year, especially with the Wolves dealing not only with the pressure of trying to defend two straight Class A (Private) state championships, as well as a winning streak dating back to last year that reached as much as 43 before ending in this year’s state tournament, and doing so against a schedule that included 17 games against teams that made their respective classifications’ state tournaments, including a handful of Gwinnett’s Class AAAAAAA teams.

And it was the fact she and her teammates dealt with all those challenges together that made this year most enjoyable to her.

“I’d say this year was a lot of fun,” Kerr said. “We got to get (closer) together as a team and take it game-by-game. So we had a lot of fun this year even though we did come up just short.

“(The winning streak) felt good, but at the same time, it was very challenging. It kept our mindset not just on keeping an undefeated season, but also focusing on taking it game-by-game and starting over after every win for the next game and going into state 0-0. (The tough schedule) made us push ourselves a lot, which is always good. Also, I knew a couple of people we were playing against, so as far as scouting and what (opposing pitchers) are going to throw and what they’re not going to throw is always a challenge.”

Even though the Wolves came up just short of a three-peat after after falling to Mount de Sales in the state championship round, Kerr, who will continue her softball career in college at Florida State, and Kerpics headed up a senior class that will leave behind a huge legacy on the field that includes two state titles and two other state runner-up finishes.

But it is the legacy both will leave behind off the field that is equally impressive to Stephenson.

“Both of them have said, ‘When we come back (to Wesleyan), and have (teammates) say, ‘Those are our friends coming back, not just great softball payers,’” Stephenson said. “And I think that’s going to be true of them. They’re unbelievable kids who come from fantastic families, and I’m really blessed to have been able to work wit them for four years. That’s going to be their lasting legacy.”