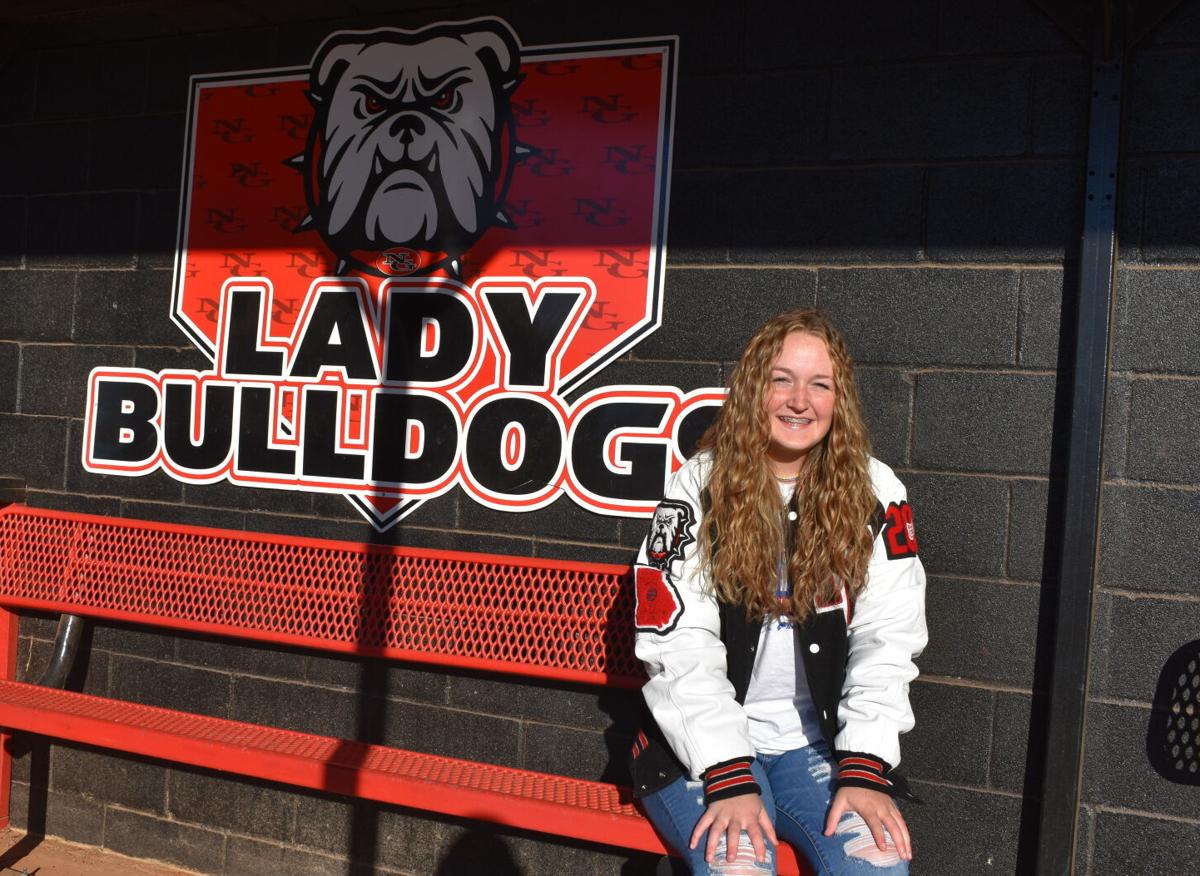 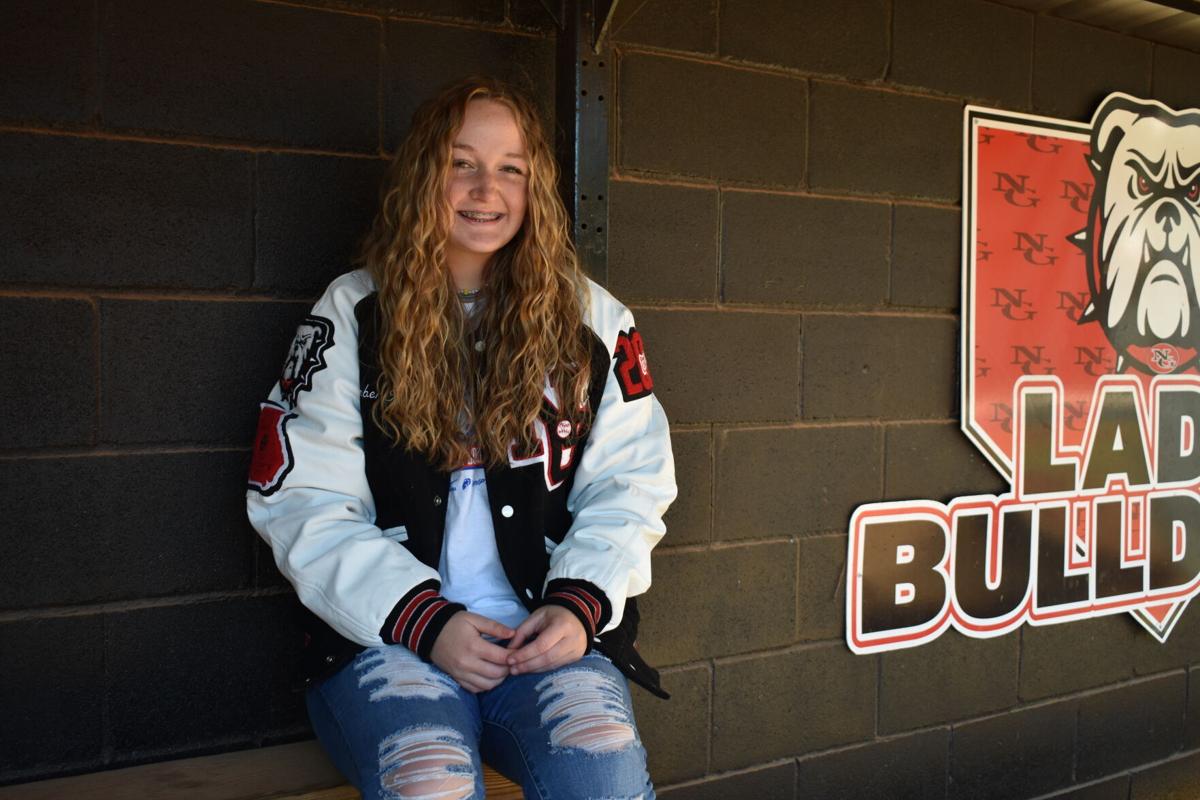 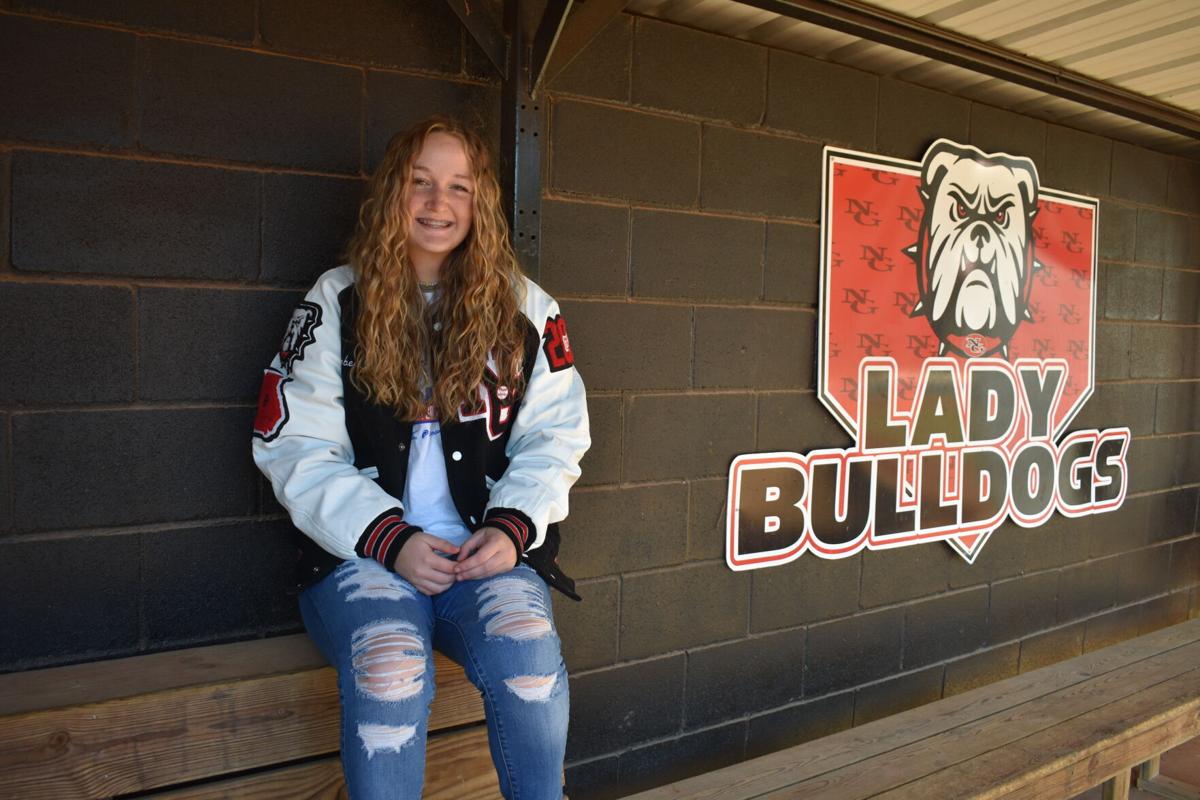 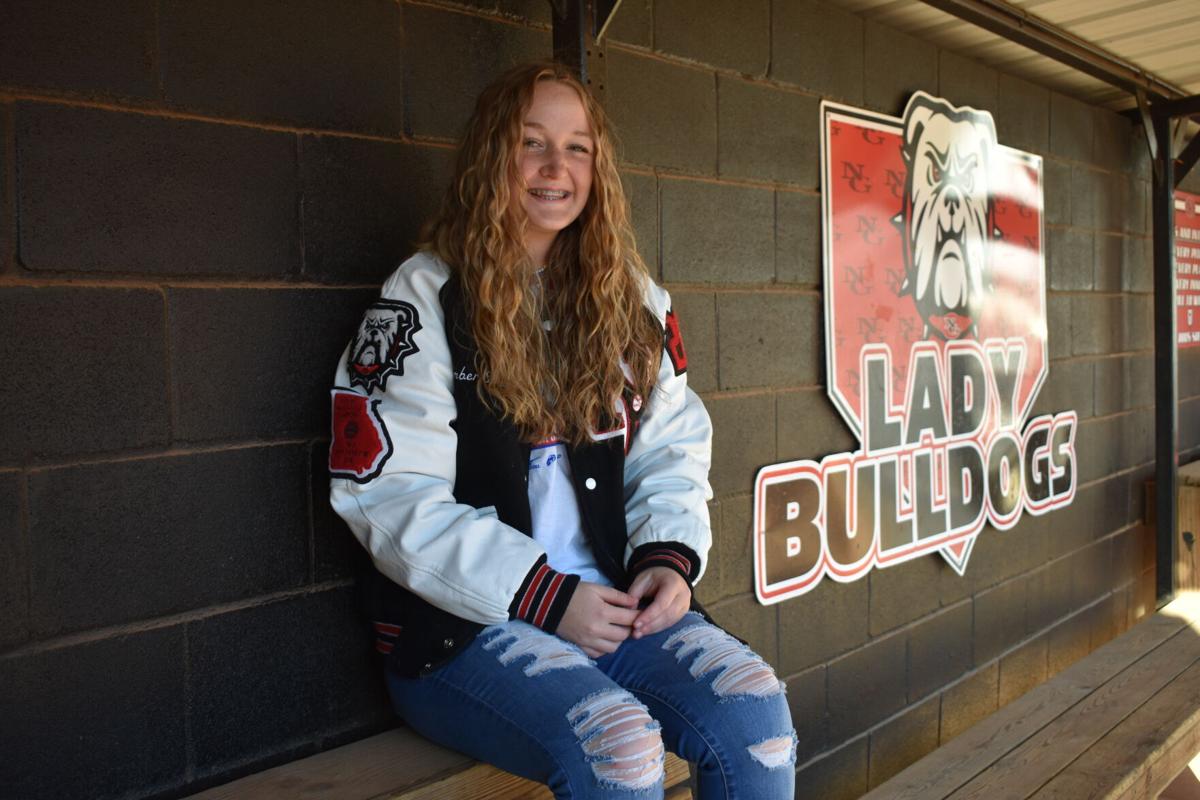 Technically speaking, the 2021 high school softball campaign wasn’t quite a perfect one for North Gwinnett pitcher Amber Reed, but it was pretty close.

The junior left-hander and 2021 Daily Post Pitcher of the Year’s only blemish in the circle, if you want call it that, was a start that ended in 2-2 tie between the Bulldogs and Buford on Aug. 30.

However, her transformation from an already tough pitcher to hit to downright dominating took a major step forward during a season in which she went 25-0-1 with a 0.93 ERA and 215 strikeouts against only 25 walks in 151 1/3 innings of work in helping lead the Bulldogs (31-5-1) to the Class AAAAAAA state championship.

It’s not surprising that both Reed and North coach Amanda Heil see her growth being a product of a natural development of her pitching mechanics and her emotional maturity and mental approach to her craft.

“Obviously, she’s a really intelligent player,” Heil said of Reed. “Even times when she gives up a hit or something may not work, she realizes it and is able to talk with me between innings. She’s always a hard worker.

“Obviously, she throws multiple … pitches. She can throw a curveball, a screwball, riseball, change-up and throw all of those for strikes, and very effectively. It makes it difficult for hitters because obviously they’re never able to just assume that something’s coming.”

Being able to mix up her pitches, particularly locating her riseball better and having more confidence in her curveball, was a major adjustment Reed made in her pitching this season, and it allowed her bring a more focused approach to the circle this fall.

And those stemmed from coming up one run short to East Coweta in last year’s state tournament, which made dethroning the defending state champs that much sweeter.

“I really worked on my riseball a lot,” Reed said. “I feel like because I faced a lot of these players for two years now, they know I got outside and up. So I was really working on my curveball so I could attack their hands this year. I thought (opposing hitters) probably wouldn’t expect that, you know, East Coweta and all the teams in our region. Also developing my change-up was really good this year compared to years before.”

The upgrade in Reed’s mechanical and mental approach wasn’t just limited to her work in the circle.

Her most dominating work both at the plate in the circle came during the state tournament in Columbus, where she pounded out 11 hits in four games for an eye-popping .773 average with three homers, nine RBIs and three doubles, while winning all four of her pitching starts, allowing just two runs the entire weekend.

Part of her two-way improvement can be traced back to her work with the 18U Atlanta Vipers Gold 05 Tamborra travel program this summer.

“Hitting is kind of my outlet.” Reed said. “So when I’m not doing good pitching, I just swing it and I really feel like I have nothing to lose. So I go for it obviously.

“I think this (past) summer helped me a lot because my travel ball coach had me hitting in every game. So I really got to work against the top pitchers in the nation, competing at the plate and pitching games. So I think I learned how to balance that out without having to stress too much on one or the other. I’ve always hit in travel ball, but I wouldn’t say (against) the competition I needed to be hitting.”

As Reed pointed out, the other part of her improvement at the plate was simply getting more of an opportunity to do it.

After gradually increasing Reed’s plate appearances the past two seasons, Heil felt a lot more comfortable letting her swing the bat this season.

Letting her play in the field when she wasn’t pitching, however, was a different issue.

“I joked with her because she didn’t pitch some of our first few games,” Heil said. “We played, like, three doubleheaders to start the season and she’d typically throw Game 1. We were playing Grayson (in a second game of a doubleheader) and I let her play first base and she completely sprinted full (and dove) head-first for a ball and I said, ‘I will never put you on defense if you do that (again).’

“But that’s just who she is. She doesn’t have the ability to tone it down. But … I’ve always felt she was a good hitter.”

So Heil will likely limit Reed’s role to serving as a designated player when her pitching arm is being rested in the future.

Besides, the way Heil sees it, there isn’t much more even Reed can do for the Bulldogs that she hasn’t already done.

In fact, she says Reed will have two big challenges ahead in the fall of 2022, the first of which will be deciding on where she will take her skills to when she moves to the next level in college softball.

“When you go 25-0 and have one tie to Buford in a season, it’s hard to say, ‘What growth do you see from that?’” Heil said of Reed, who has numerous major college scholarship offers. “But Amber’s still out there searching for what will be her place after high school, which I think continues to motivate her.

“She’s a self motivator to begin with, but she’s in that place now where college coaches are calling. She has huge goals past what will be next year. So you add that with who she is as a person, plus what she wants to do in the future, it’s like every time I talk to her, she just got back from this lesson or just got back from working out. That’s just who she is.”

That hard work will continue, though she will have one other big adjustment to make next fall with the graduation of her catcher, Marisa Miller, who will begin her college softball career at Georgia next fall.

But as much as she will miss her battery mate for the past three years, Reed is determined to keep forward with her own progression and finish her high school career in style.

“I think I’ve prepared for it a little bit, but not a ton,” Reed said of adjusting to a new catcher next year. “I don’t think I’m ready to have (Miller) leave yet. She’s such a leader behind the plate. She’ll tell me if a ball didn’t move or if I didn’t hit my spot. She’s completely honest with me, and I think that is nothing but beneficial for a pitcher because if she tells me that I missed it, but I thought it was a good pitch, then I know that it didn’t break how it needed to. She’s always been super honest, which is why I’ve loved working with her all the time.”

The Daily Post's selections for the best in Gwinnett high school softball from the 2021 season.