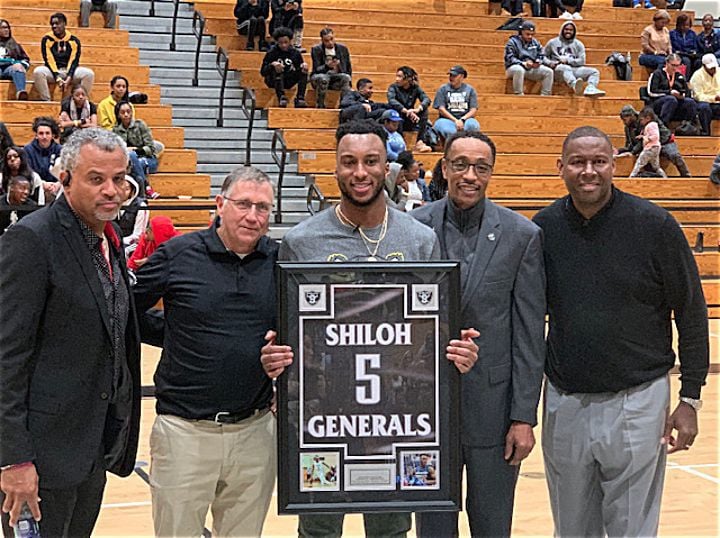 Shiloh retired the No. 5 jersey of Josh Okogie, one of the high school’s all-time greats, during a ceremony Tuesday night. 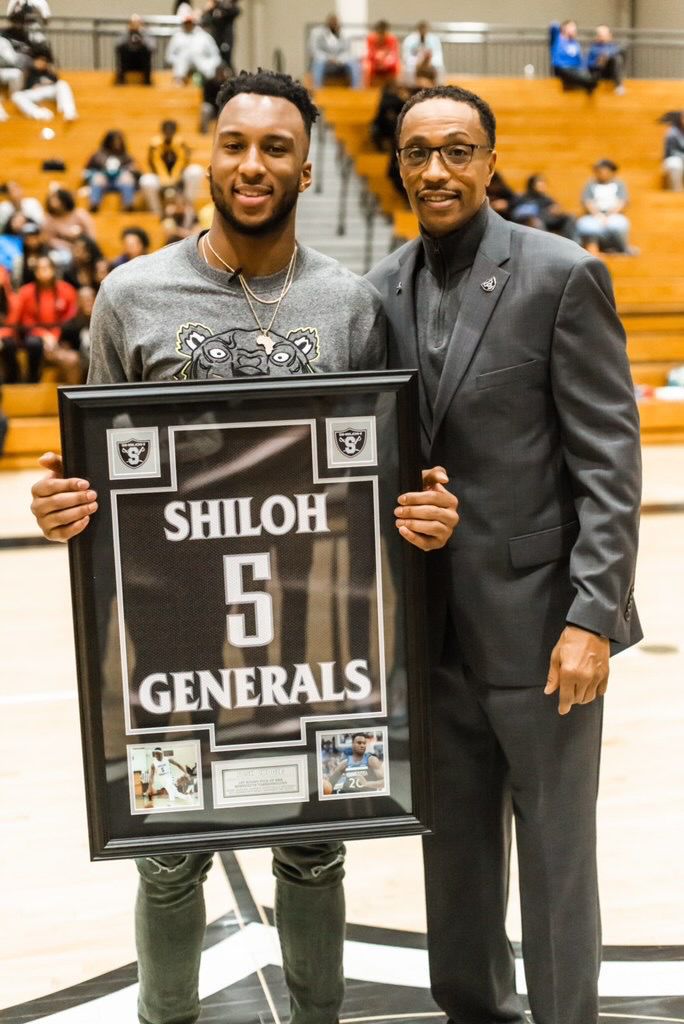 Shiloh retired the No. 5 jersey of Josh Okogie, one of the high school’s all-time greats, during a ceremony Tuesday night.

Okogie was a two-time Gwinnett Daily Post player of the year at Shiloh before starring at Georgia Tech and becoming a first-round pick of the Minnesota Timberwolves in the 2018 NBA Draft.

He averaged 18.2 points, 6.3 rebounds and 2.5 assists as a sophomore at Tech before declaring early for the draft. The 6-foot-4 guard, in his second NBA season and still just 21 years old, averages 8 points, 4.5 rebounds and 1.6 assists in 24 minutes.