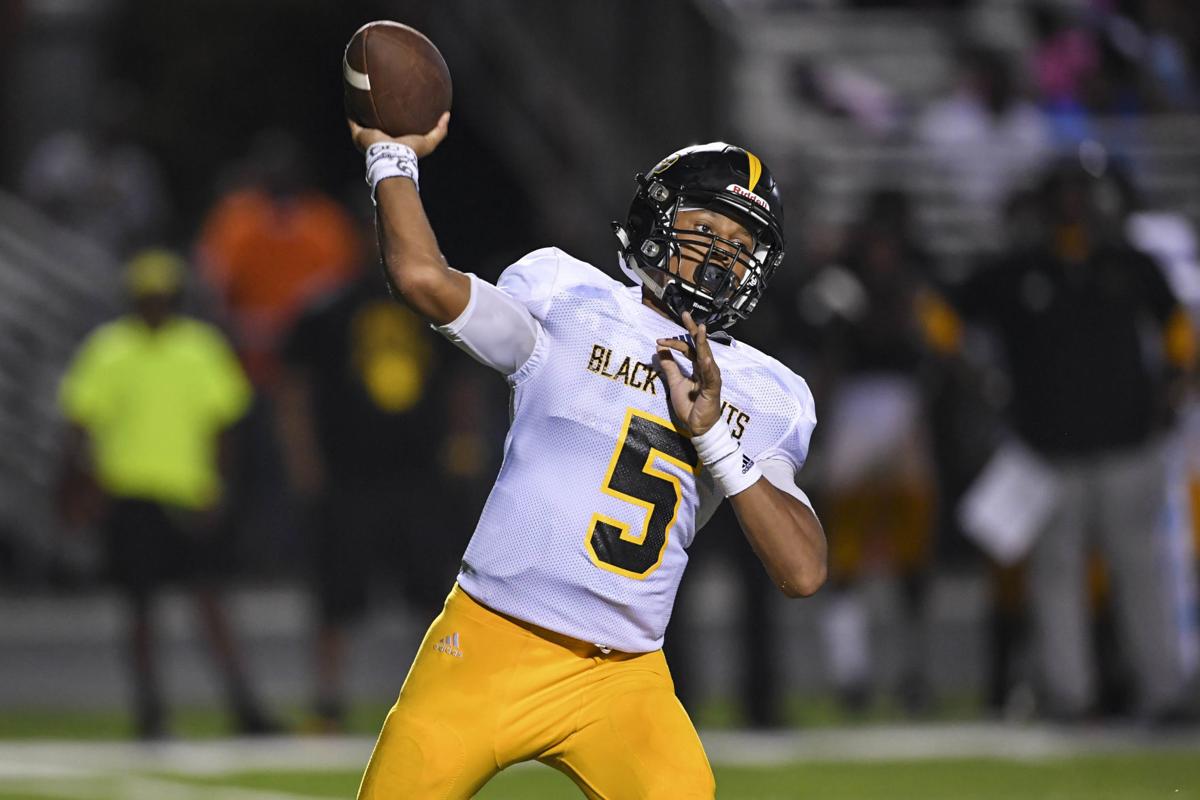 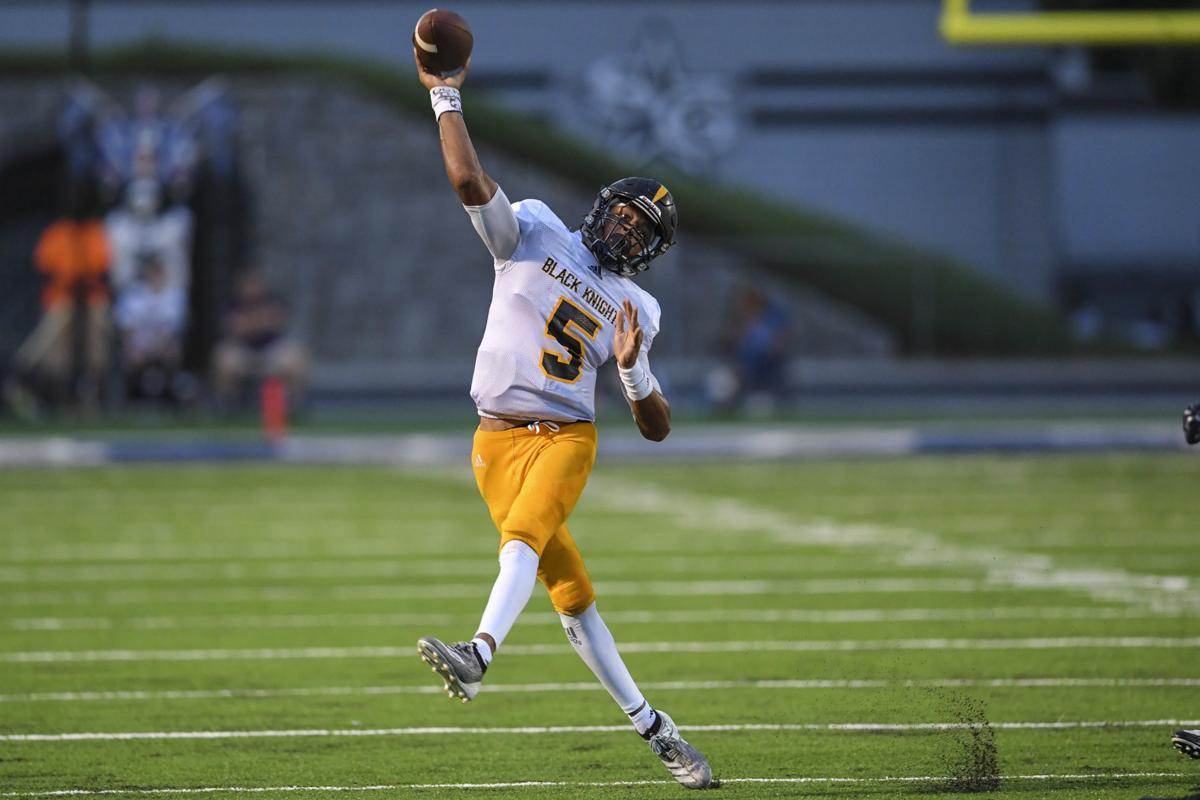 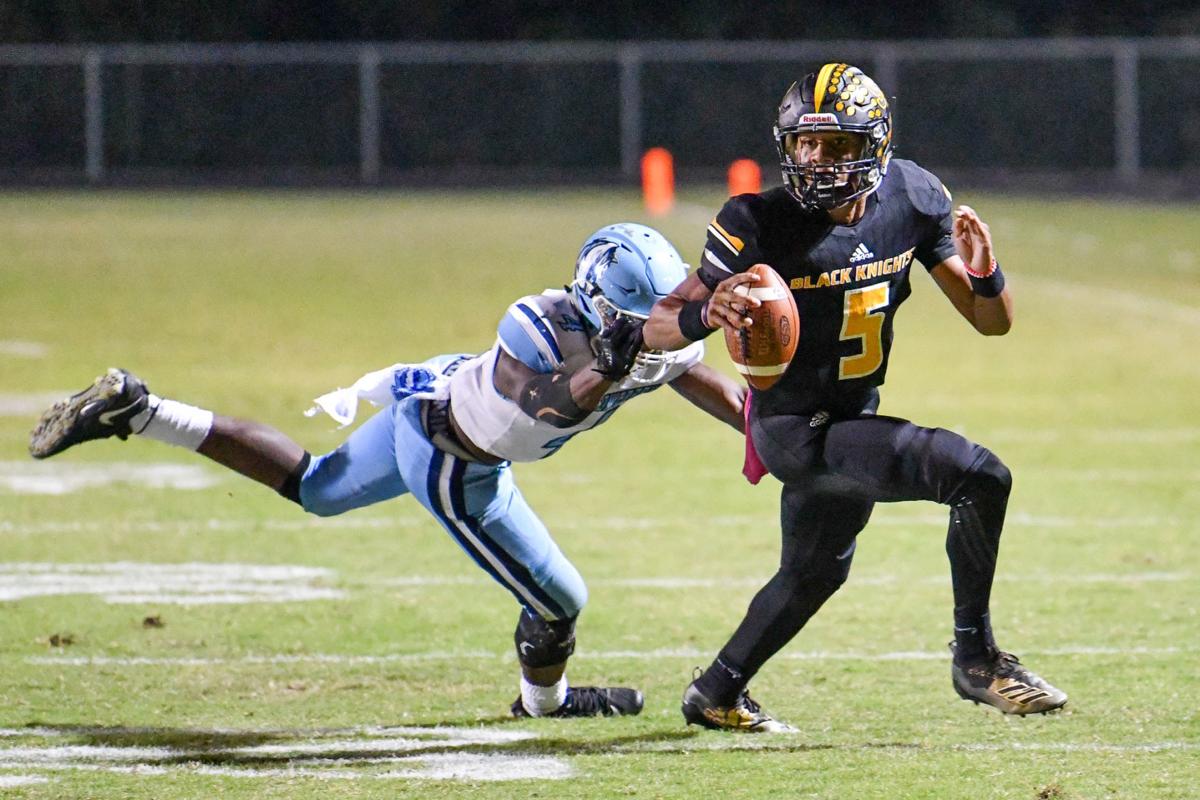 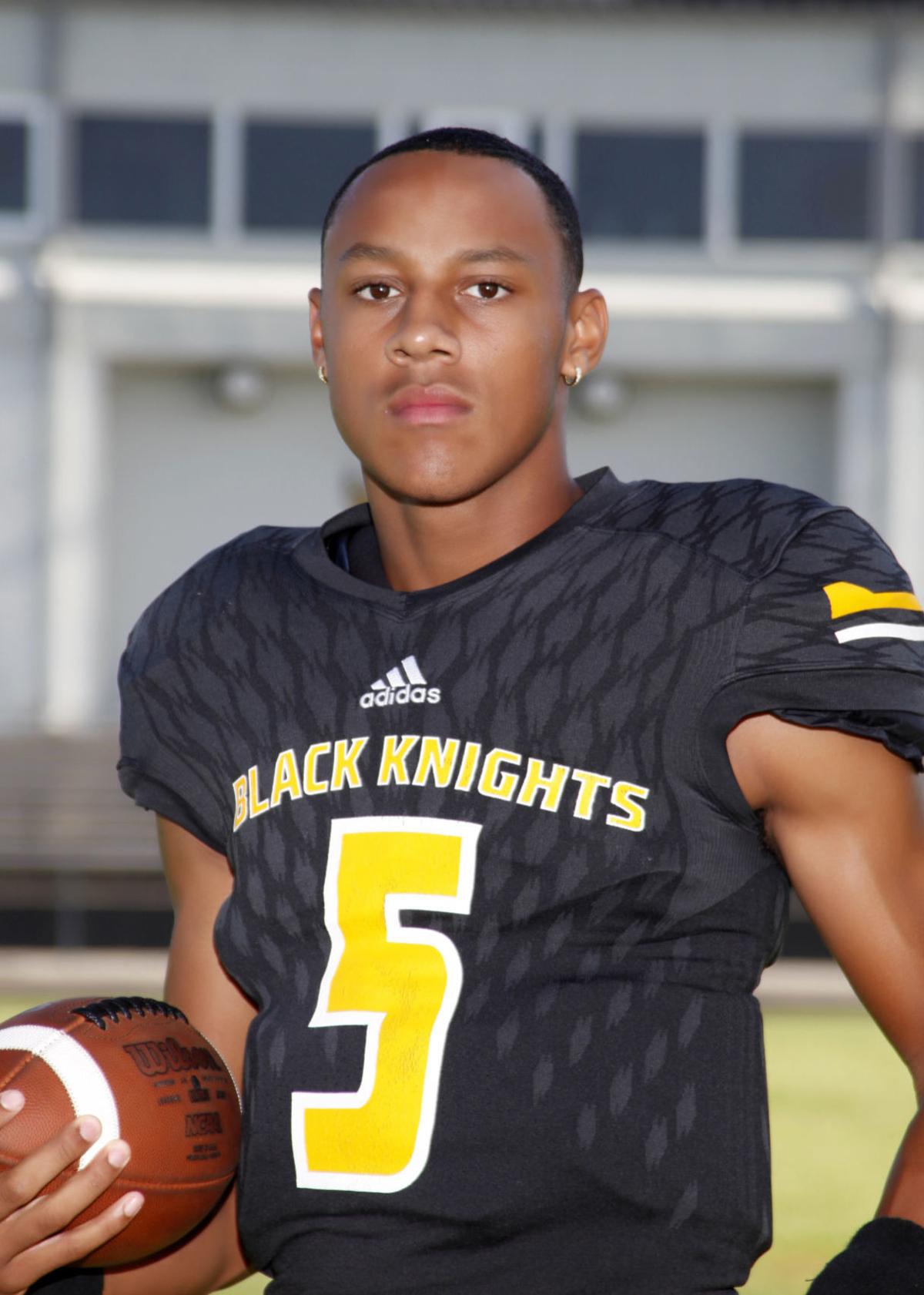 Those coaches watched eagerly when Williams, now the Miami Hurricanes’ starting quarterback, made throws on Central’s practice field to one of his teammates. The receiver for many of those workouts was a promising player two years younger than Williams — Skylar Adams.

Then a sophomore, Adams didn’t need to be Williams’ throwing partner to stand out. He already was one of the most vocal Black Knights, showing the type of leadership traits his coaches rave about.

“That stands out to all the colleges, every one that comes to watch practice and watch him work out, (Adams) has that it factor,” Central head coach Todd Wofford said. “I think it was UMass or Temple two years ago when Jarren was here. Jarren was working out, for Oregon I think it was, when (Adams) was catching for him. He’d always catch for Jarren. When Skylar whipped the ball back to him, the coach said, ‘Man, he’s got an arm, too.’ The coaches all say, ‘I like this kid.' He’s got what everybody talks about with quarterbacks, that it factor. The team gravitates to him. The teachers gravitate to him.”

Those attributes are part of why the Central coaches wanted to get Adams on the field, rather than just serve as a backup to Williams. He was a regular contributor at wide receiver in 2017 with 260 receiving yards and two touchdowns, and stayed at that position for most of his junior season, catching 21 passes and four TDs from Justin Fomby, a transfer who signed with Northern Iowa.

But Adams took over quarterback duties late last season, throwing for 853 yards and nine TDs. That was just a glimpse of what Adams could do at quarterback, a position he never played until he got to high school.

His talents have been on full display in a eye-catching senior season.

What Adams has done through nine games is complete 154 of 260 passes (59.2 percent) for 2,621 yards, a total that led the state after Central’s last game in the Georgia High School Football Daily statistics. He has thrown for 26 TDs to just three interceptions, and rushed for three more scores.

He has developed great chemistry with highly touted junior receiver Daejon Reynolds, who already has 72 catches for 1,262 yards and 13 TDs.

“To me, (the statistics) don’t really mean a lot because we didn’t have the season we should have had,” Adams said. “I’m more focused on how the season came out. The numbers were good but there are a lot of improvements I have to make. Coach Wofford and I talk about it after every game. But it’s still a blessing though to put up those numbers.”

Central has gone 3-2 in region play in large part because of its offense, which averages 48.2 points in Region 8-AAAAAAA games. The downside is Central’s defense has given up 54.3 points per game against the three other playoff contenders it has faced in region play — allowing 56 to Norcross, 58 to Brookwood and 49 to Meadowcreek.

Central got down by three scores in the second half against Meadowcreek two weeks ago, but it rallied for a 63-49 that clinched a playoff berth.

The thrilling victory over Meadowcreek was the highlight of Adams’ season so far. And not because he threw for 346 yards and accounted for six TDs.

“My best memory I’ve had was after Meadowcreek, our last game, after we had the incredible second half,” Adams said. “I came back over and this eighth-grader asked me, ‘Can I have your jersey after the season?’ That’s always been my goal, to impact kids younger than me. Most players on my team, we don’t play for stats. Of course we play for the win, but if we can impact kids to do the right thing, that’s our goal. Do the right thing, and great things happen. That’s what means more to me than any 400- or 500-yard game.”

Those yardage-heavy games will get Adams to college football, though. The 6-foot-2, 185-pounder has just one offer so far — from Albany State — but receives heavy interest from a number of others.

Wofford expects the college offers to really pick up after the early signing period.

“I’m not worried about him (getting offers),” Wofford said. “He’s got the grades. He’s got the test score. All he needs is a shot.”

Adams also boasts a rapidly improving grasp of the quarterback position, a rise that likely will continue given his newness to the position. He credits Wofford for a huge role in that development, as well as his former throwing partner Williams, who he still talks to almost daily.

“I feel like that was a great stepping stone for my career (to back up Williams),” Adams said. “A lot of people don’t know, he’s a humble guy. He’s like an older brother. He told me everything he did right, he did wrong. He was telling me, ‘Hey Skylar, do this, do that, learn from this.’ It was blessing being behind him and learning everything he knew.”