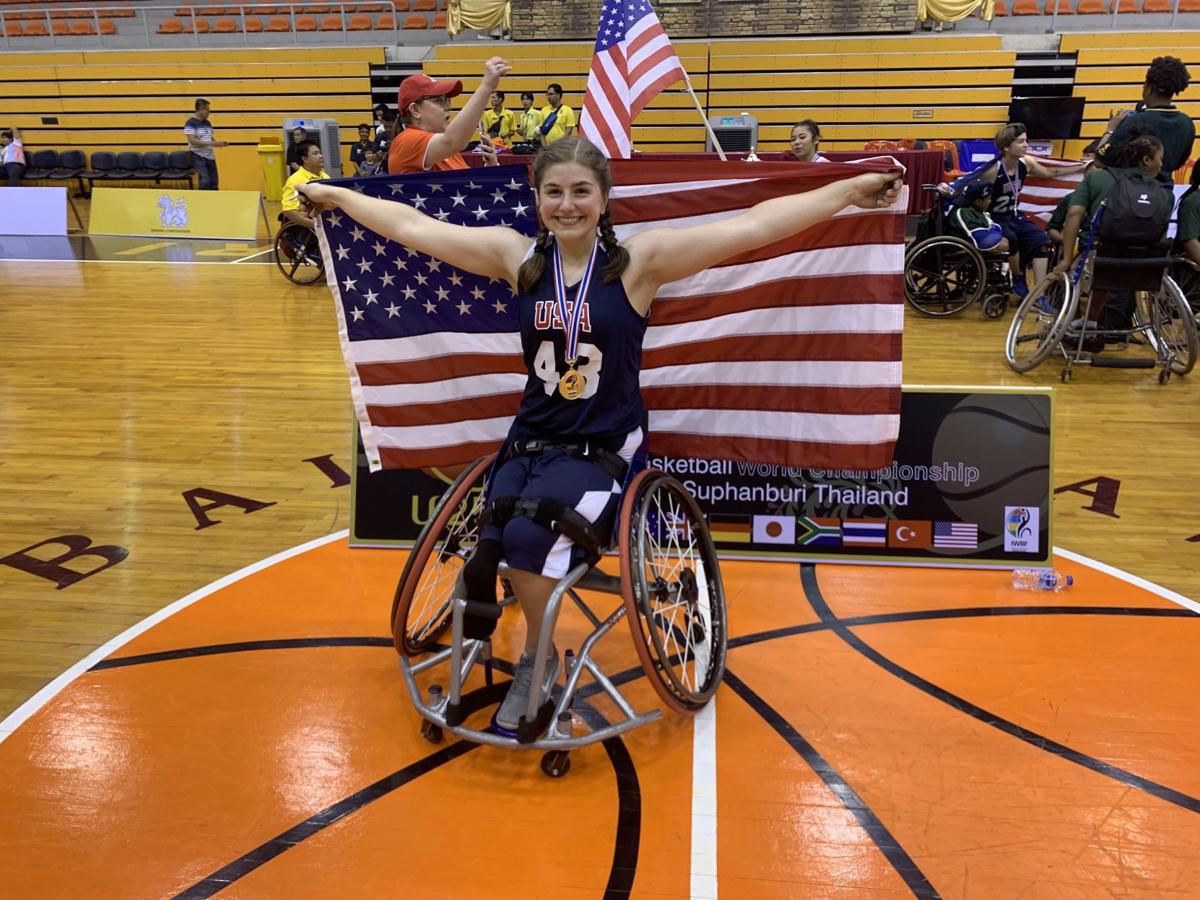 Providence Christian senior Bailey Moody, shown after a U.S. wheelchair basketball tournament, was selected to represent the Americans in the 2020 Paralympics. 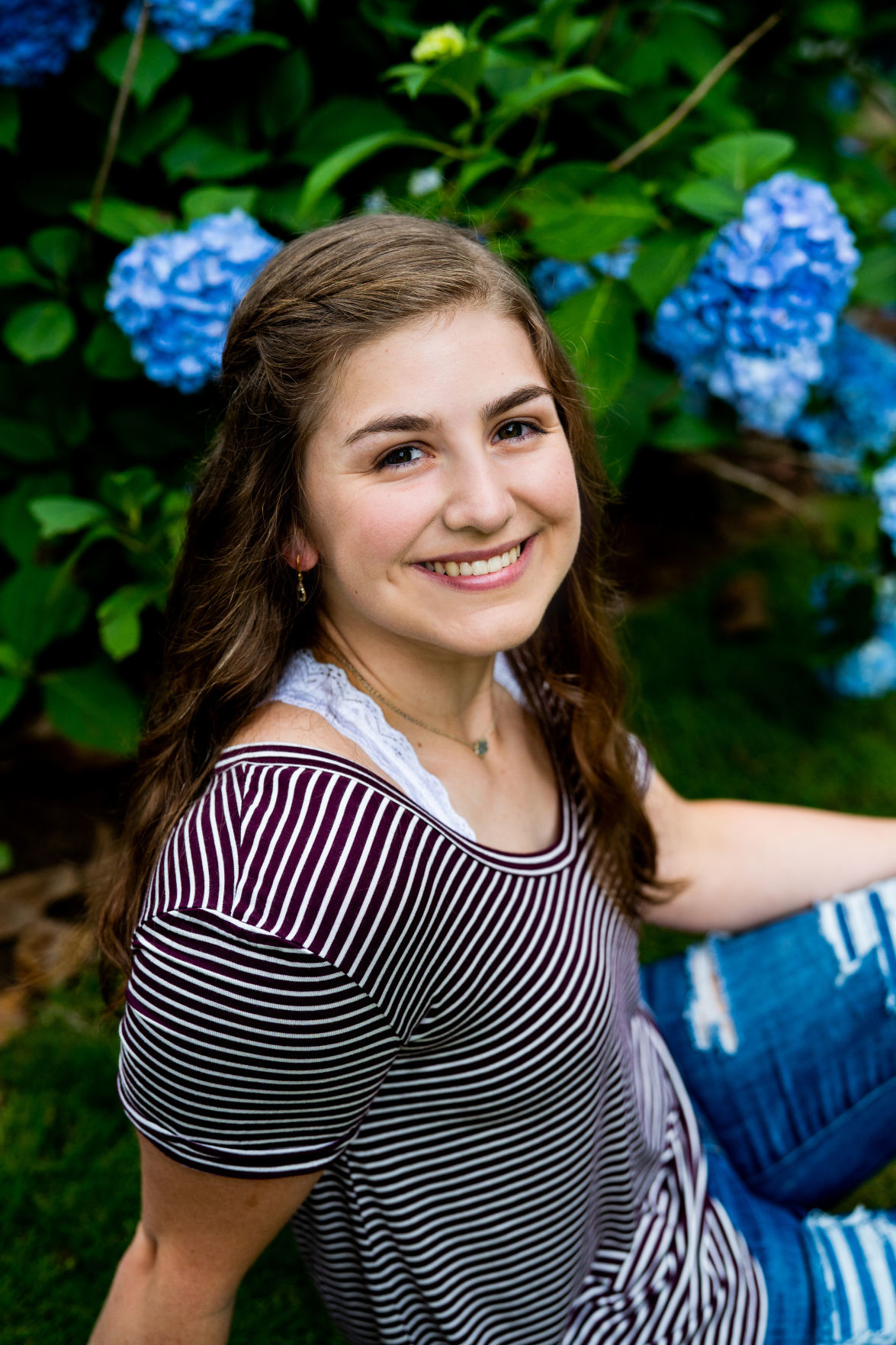 Providence Christian senior Bailey Moody has been selected to the U.S. wheelchair basketball roster for the 2020 Paralympics. 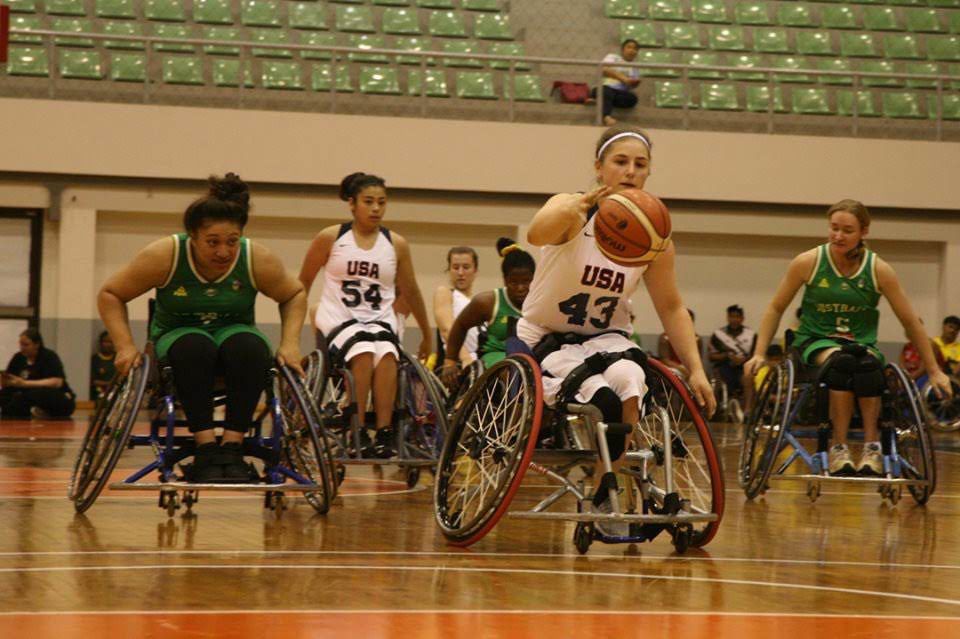 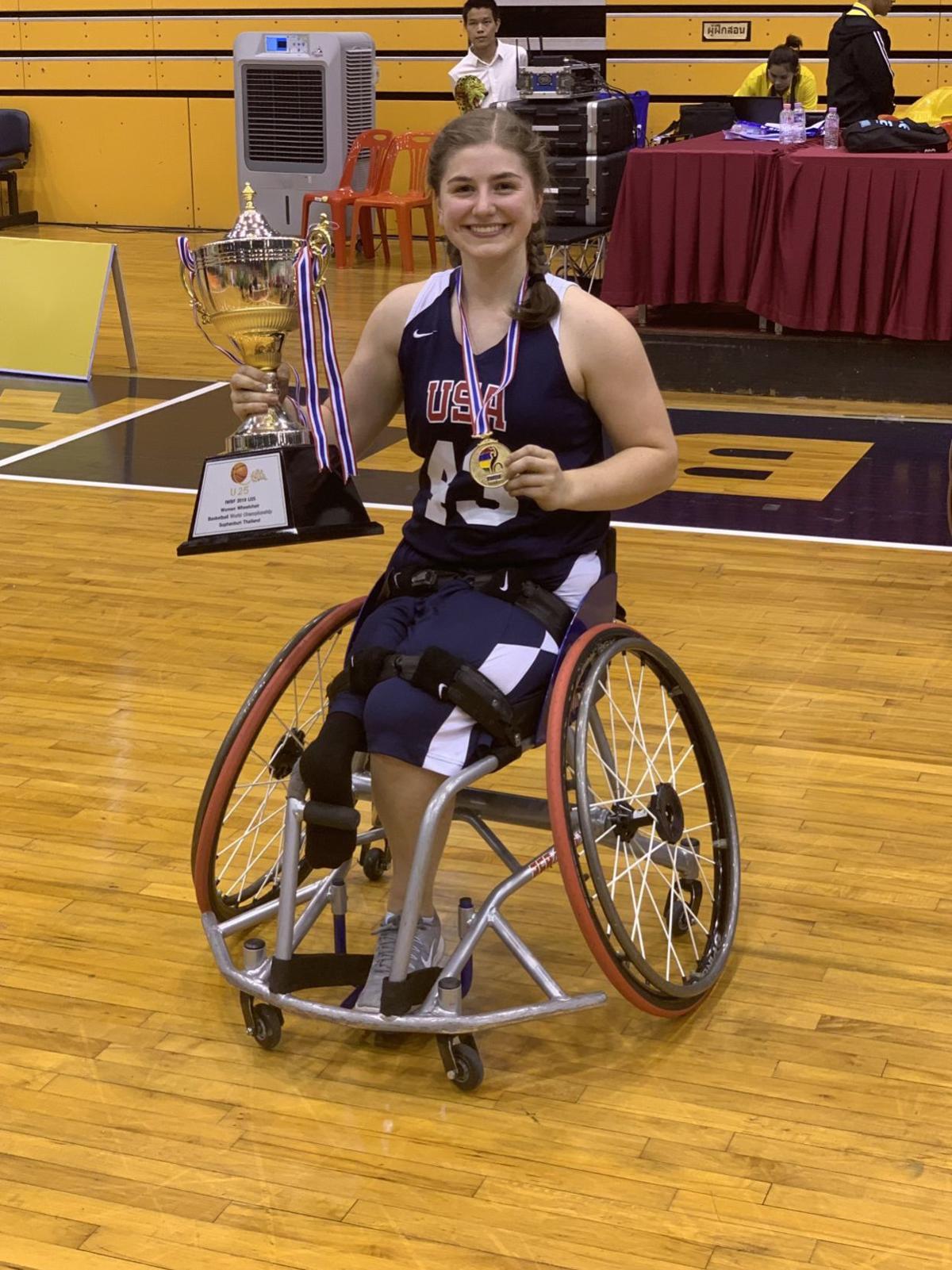 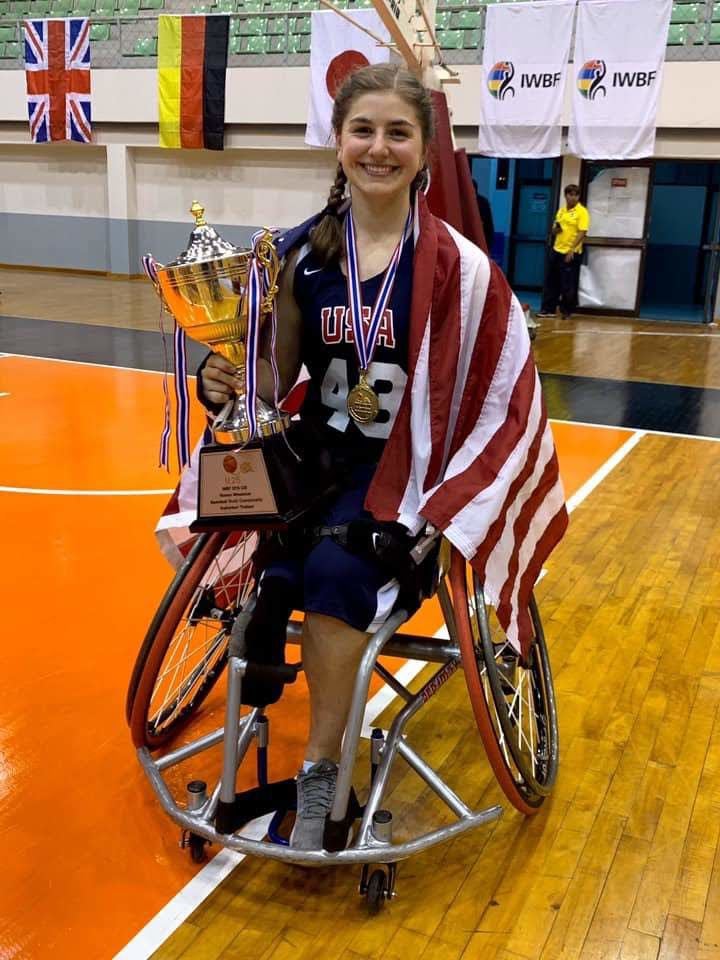 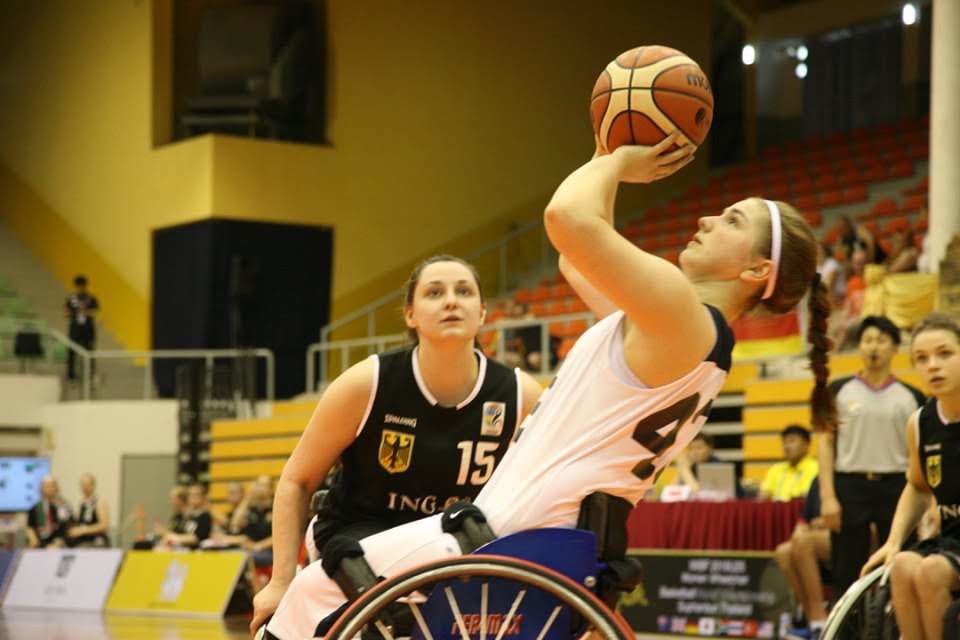 Providence Christian senior Bailey Moody, shown after a U.S. wheelchair basketball tournament, was selected to represent the Americans in the 2020 Paralympics.

Providence Christian senior Bailey Moody has been selected to the U.S. wheelchair basketball roster for the 2020 Paralympics.

Moody, the only high-schooler on the team, will be looking to defend the Americans’ gold medal finish in the 2016 Rio Paralympics.

“There is a sense of accomplishment and pride that comes with getting to wear the letters ‘USA’ across your chest,” Moody said. “I’m kind of in this giddy excitement state. I’m so excited, and I’m ready to work my tail off and give everything that I have to this team.”

The selection was another big accomplishment for Moody along a journey that included setbacks and disappointment.

Eight years ago, Moody discovered a large lump in her right knee and began experiencing extreme pain. Soon after, Moody was diagnosed with osteosarcoma, a rare form of bone cancer.

Following several weeks of chemotherapy, Moody was informed the tumor on her knee would need to be surgically removed.

“I chose a rare form of amputation called a rotationplasty,” Moody said. “Essentially, they took out the knee joint and rotated the bottom portion of the leg 180 degrees and reattached it at the thigh,” Moody said. “My foot is backward… it functions as my knee.”

A few months following the surgery, Moody began physical therapy. Within a year, she was walking on a prosthesis and was declared to have no evidence of the disease. She has remained in remission for almost eight years.

Throughout her battle with cancer, Moody wrestled with some difficult doubts and questions.

“When the doctor came in the room and told me I had cancer, the first question I asked my parents was, ‘Will I ever be able to play basketball again?’” Moody said. “So my whole goal throughout the entire journey was about getting back to playing basketball.”

Moody started playing basketball again, but was frustrated to find that she couldn’t keep up with her teammates and opponents. It was simply too difficult for her to constantly change direction with her prosthetic leg. It was during that time of doubt that Moody’s parents found wheelchair basketball.

“I loved it,” Moody said. “I could keep up with everybody else and I didn’t have to push twice as hard as everybody. I could just play the game and do what I loved to do.”

Moody’s first big break in wheelchair basketball occurred when she attended a national team development camp in November 2017. Moody was surprised when she was asked to return to the camp three months later to try out for the U.S. Women’s National Team. She made the team in 2018 and has played all over the world representing the United States.

“My first year, we traveled to Germany for the World Championships,” she said. “Last year, we were in Lima, Peru for the Parapan-Am Games.”

As difficult as her journey has been, Moody has attributed all of her successes to the struggles she has faced.

“I loved basketball, but when I got sick, I thought that everything that I loved to do was going to be over,” Moody said. “But, then, after my sickness, I got opportunities to do things that I never would have had if I hadn’t lost my leg. (Now), it’s mostly excitement. Mostly a drive to work harder for this so that I can be standing on the podium.”