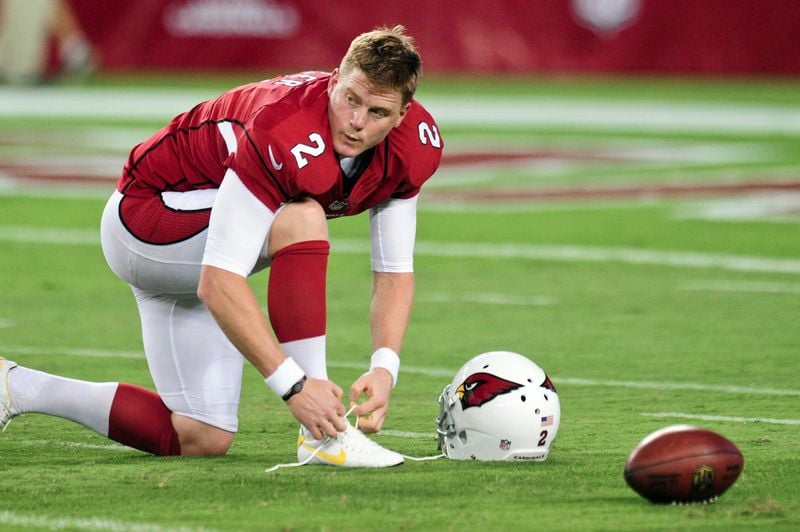 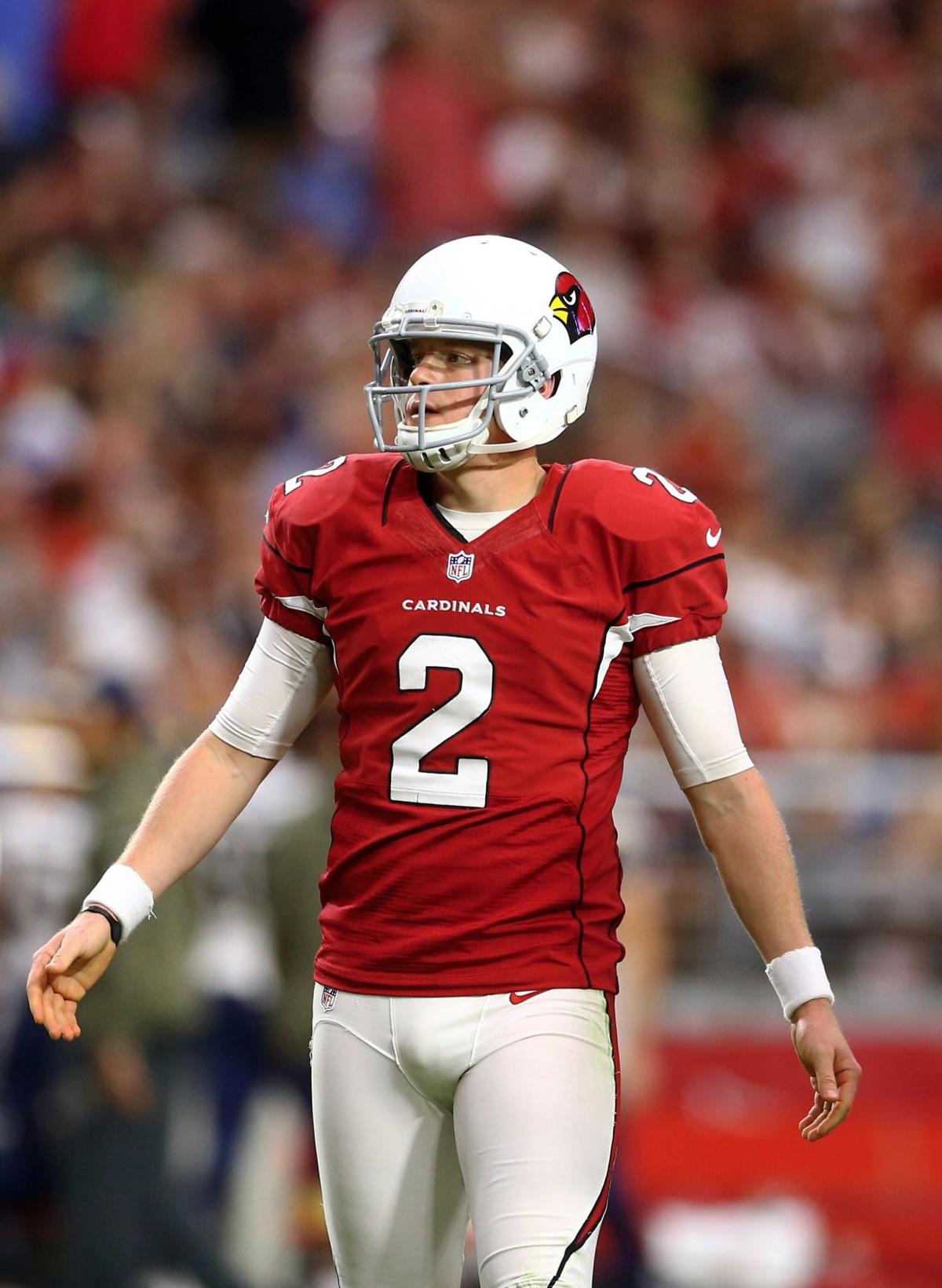 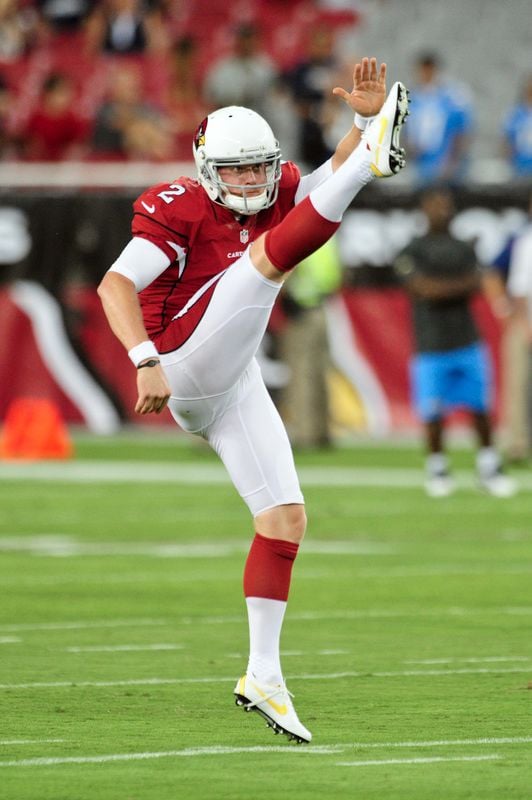 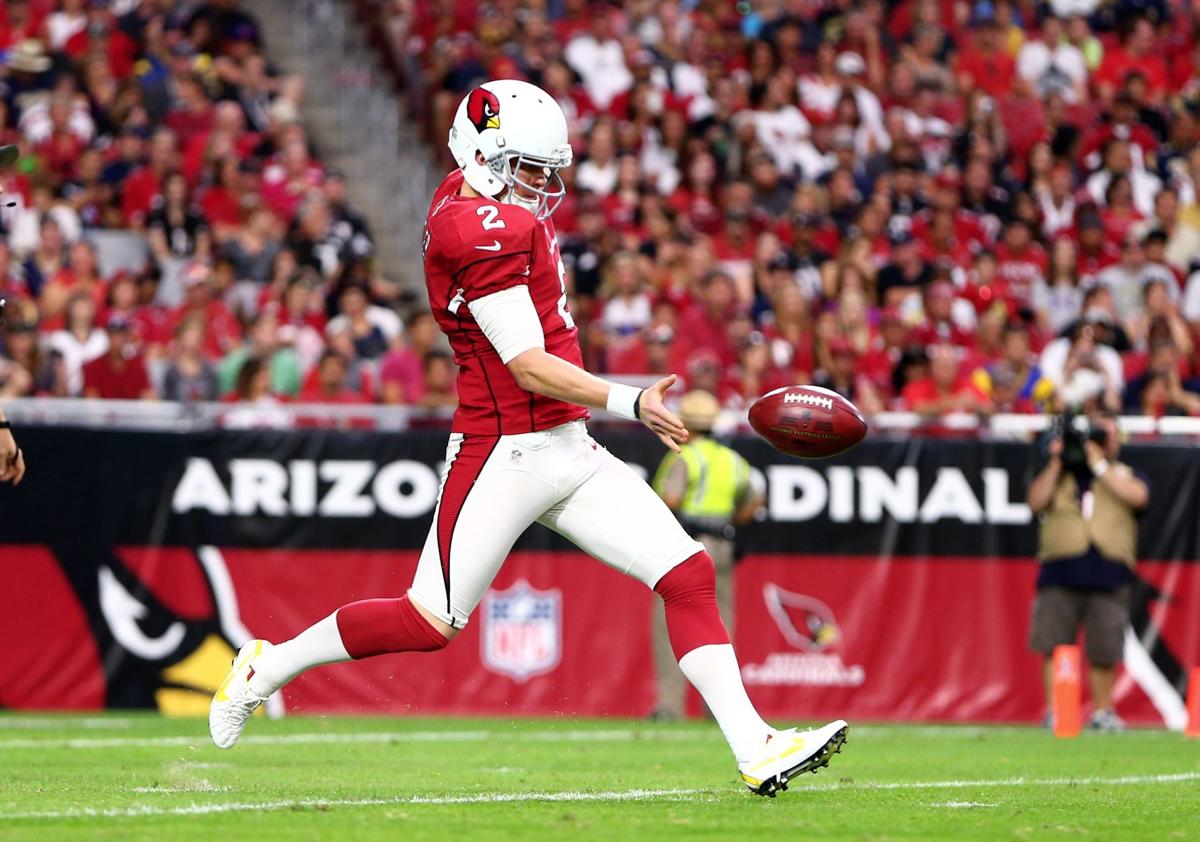 Drew Butler’s offseason routine isn’t all that different than it was as a high-schooler at Peachtree Ridge.

He works out four times a week with Ryan Goldin, his trainer since 2005, and punts frequently on his own. Now 28, he hasn’t played in an NFL game since 2016, but he is working toward a roster spot this season.

“I’m still keeping up with workouts and I’m still considered an active free agent,” Butler said. “I’m waiting to see what happens after the draft this weekend. I know a couple of teams have a need at punter. We’ll see what route they go with the draft or free agency. I feel good. I’m ready to go whenever I’m called upon. I feel really good. I’ve been out of the league before and got back in. I don’t see why I wouldn’t get another opportunity this offseason. … I feel like I’m kicking just as good as I ever have.”

Outside of his workouts, Butler has plenty to keep him busy. His wife, Jacquelyn, also a Peachtree Ridge grad, is expecting the couple’s first child, a daughter, in mid-May. He also produces “The Punt and Pass Podcast,” a popular program he co-hosts with former Georgia Bulldogs quarterback Aaron Murray.

Another big event comes Monday night when Butler will be inducted into the Gwinnett County Sports Hall of Fame with a dinner that features Atlanta Braves legend Bobby Cox as the speaker.

“It’s just a huge honor,” said Butler, who moved to Johns Creek earlier this year after four years in Arizona. “I’m excited to represent Peachtree Ridge and to get in there with a bunch of very, very worthy student-athletes who made their mark on Gwinnett County and abroad. I’m really excited. I can’t wait to share it with my friends and family.”

Butler’s induction is based on his long career in football, which began as a kicker and punter at Peachtree Ridge. He played other sports as a youngster before joining the football program for the first time as a sophomore, following in the footsteps of his father Kevin, a former UGA All-American, College Football Hall of Fame member and longtime NFL kicker.

As a senior, he helped Peachtree Ridge tie Roswell for a share of the state championship, an even more special achievement because the high school was just four years old at time.

“I think the coolest thing thinking back on that four-year span at Peachtree Ridge is how much the entire team grew up over a four-year span,” Butler said. “I started playing my sophomore year in 2004, it was the first year I ever played football. We were all sophomores and getting run out of every stadium in Gwinnett County. We were losing 42-0, 49-0, begging for a running clock. We just grew up and our junior year we were 6-4, just missed the playoffs.

“Then we had so many seniors, so many guys and coaches who believed in us. We snuck into the playoffs as a 4 seed because that region was so stacked. We did what we needed to do, played really good defense. … Looking back at that state championship for Peachtree Ridge, a school that was only four years old, it was just a special bond with those guys.”

The football championship was part of a special era at Peachtree Ridge, which saw a number of its athletic teams rocket to statewide success in a quick period of time.

“It was really cool, but I don’t think we really understood the magnitude of what was happening while we were there,” said Butler, also a four-year letter-winner in golf with the Lions. “We were just having a lot of fun. Everybody in that class knew we would be going to Peachtree Ridge instead of Collins Hill or Duluth. We were there from the start (when the school opened) and we were just having a lot of fun. Things were new. We really started to turn that junior year. Basketball was playing good. Football, track, soccer were playing good.

“Looking back, it’s really special that we were able to come together and jump start this new high school.”

In just a few high school seasons, Butler jump-started his football career, too.

While his father made a career as a kicker, his strength was in a different area, punting. He signed with Georgia and had a decorated college career that featured All-Southeastern Conference and All-American honors, as well as the 2009 Ray Guy Award as the nation’s top punter.

The success led to a career in the NFL, first with the Pittsburgh Steelers. He was Pittsburgh’s punter for the 2012 season, but didn’t make a final roster in 2013. He returned to the league as the Cardinals’ punter from 2014-16, averaging 42.9 yards with a long of 79 in his career.

While he hopes for a return to the NFL, Butler also has worked toward a career using his undergraduate degree from UGA’s Grady College of Journalism and Mass Communication and his master’s degree in sports management. A career in broadcasting has always appealed to him — his father Kevin has worked for the Georgia Bulldog Network for years — and one of his first forays into that world is through the podcast he created with Murray.

Butler produces, records and edits the program on his laptop, bringing in Murray via Skype because the former Bulldog quarterback travels frequently. Though it has just started, the podcast is closing in on 50 episodes and 250,000 downloads.

“We talk about SEC football, cover relevant stories, preview and review games,” Butler said. “We have a lot of guests come on. We give our picks, our analysis. We have a great opportunity going into the 2018 season with a set audience.”

Whether he finds an NFL opportunity remains to be seen, but Butler is content with his life’s path outside of the sport. Though he loved Arizona, he also is happy to be closer to home around family, many who will be in attendance Monday for his hall of fame honor.

He chose his father to give his introduction at the event.

“Being back in the South, being back in Georgia has been a lot of fun,” he said. “We wanted to raise our family here around our family, our extended family.”

If Jeff Francoeur had never played professional baseball, his case for the Gwinnett Sports Hall of Fame — where he is headed with Monday night’s induction — was already made.