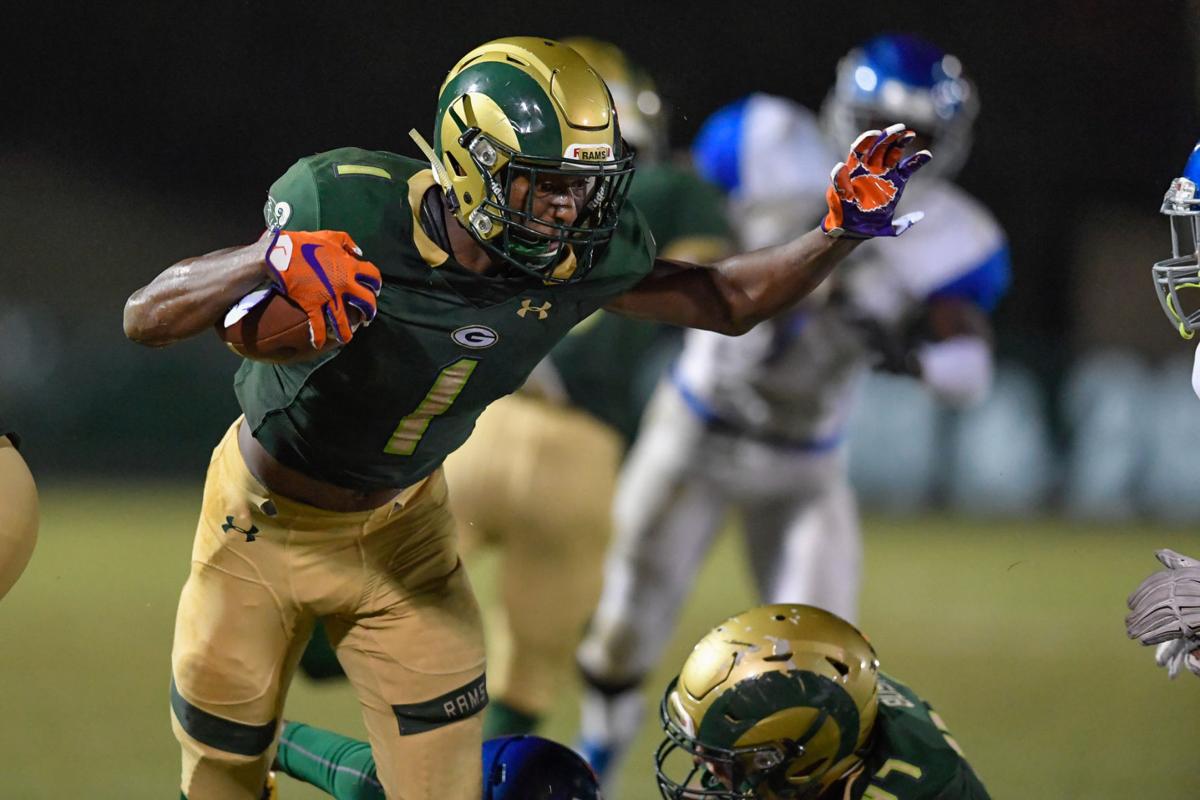 Grayson’s Owen Pappoe (1) runs against the Ramsay Rams during a game at Grayson. (Photo: Dale Zanine) 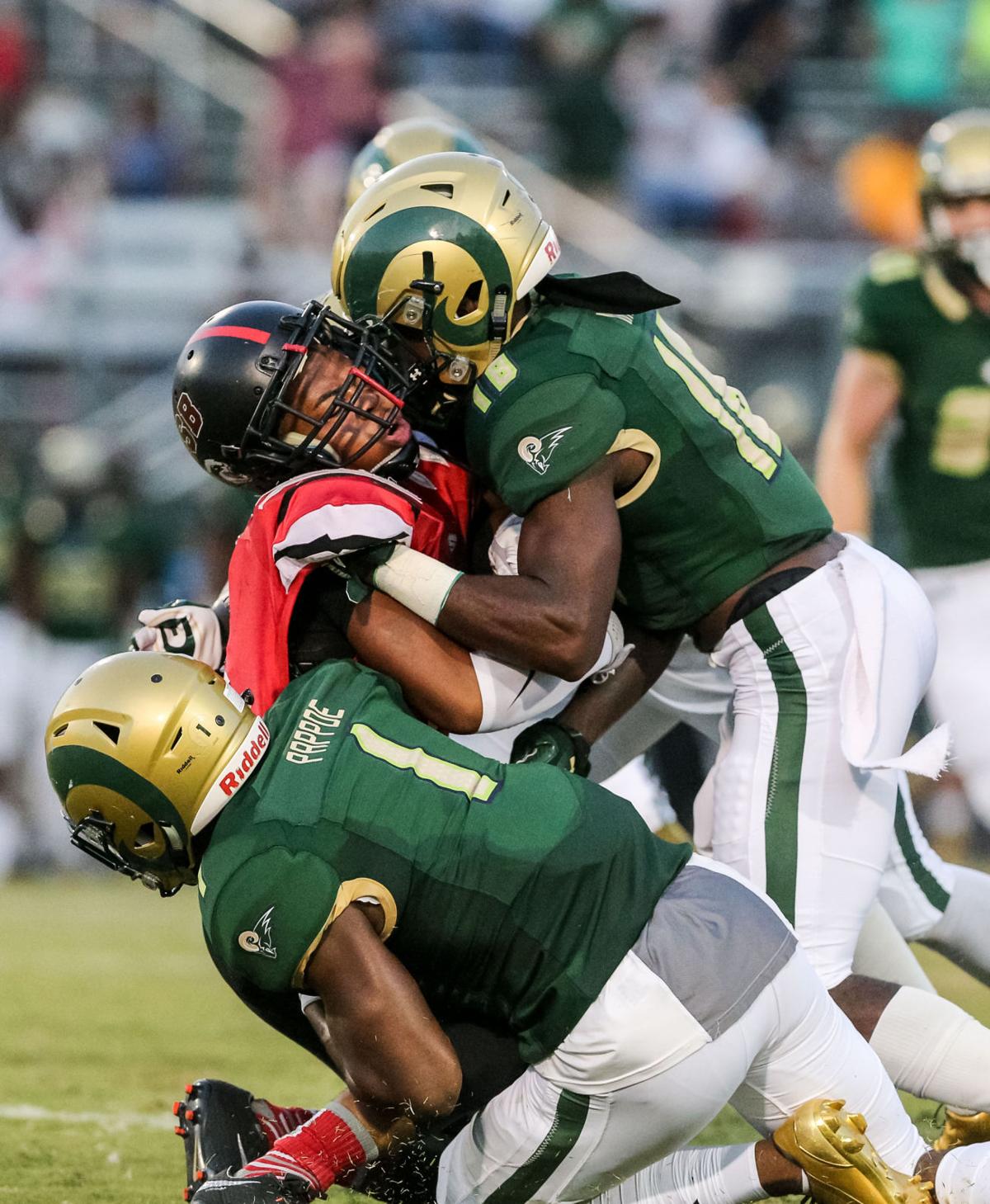 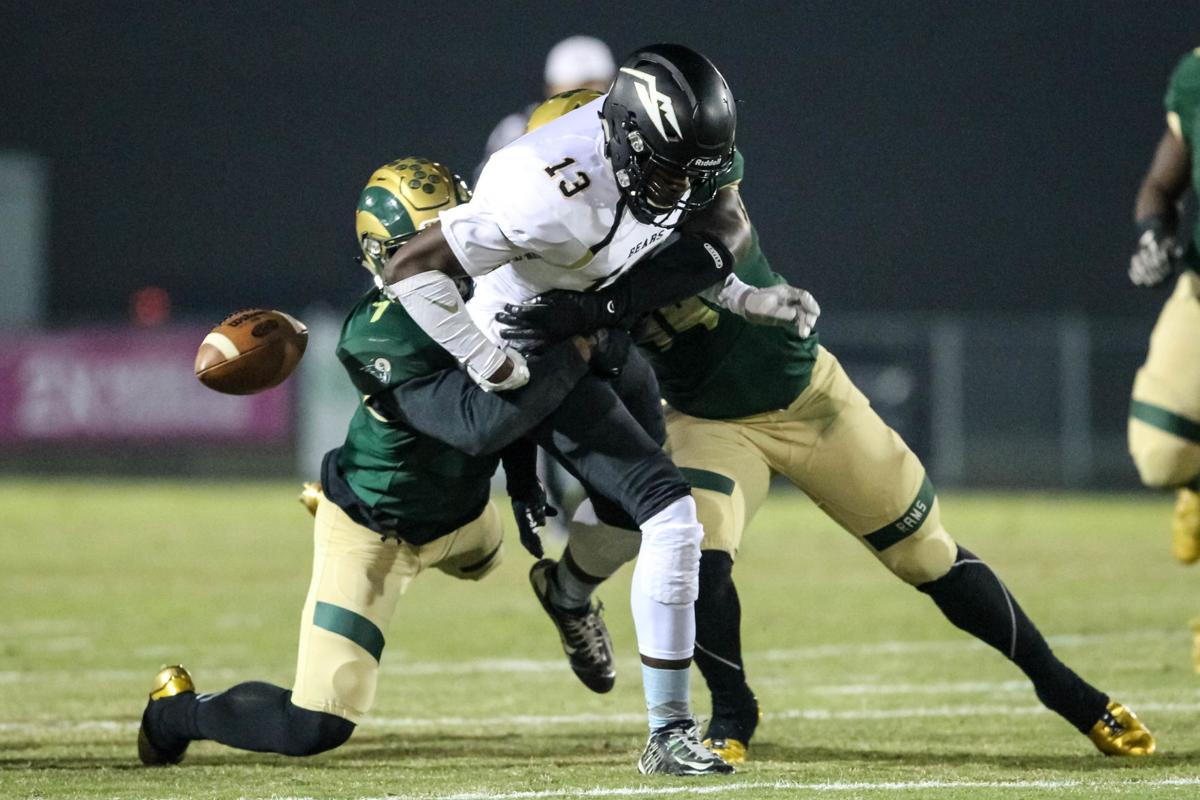 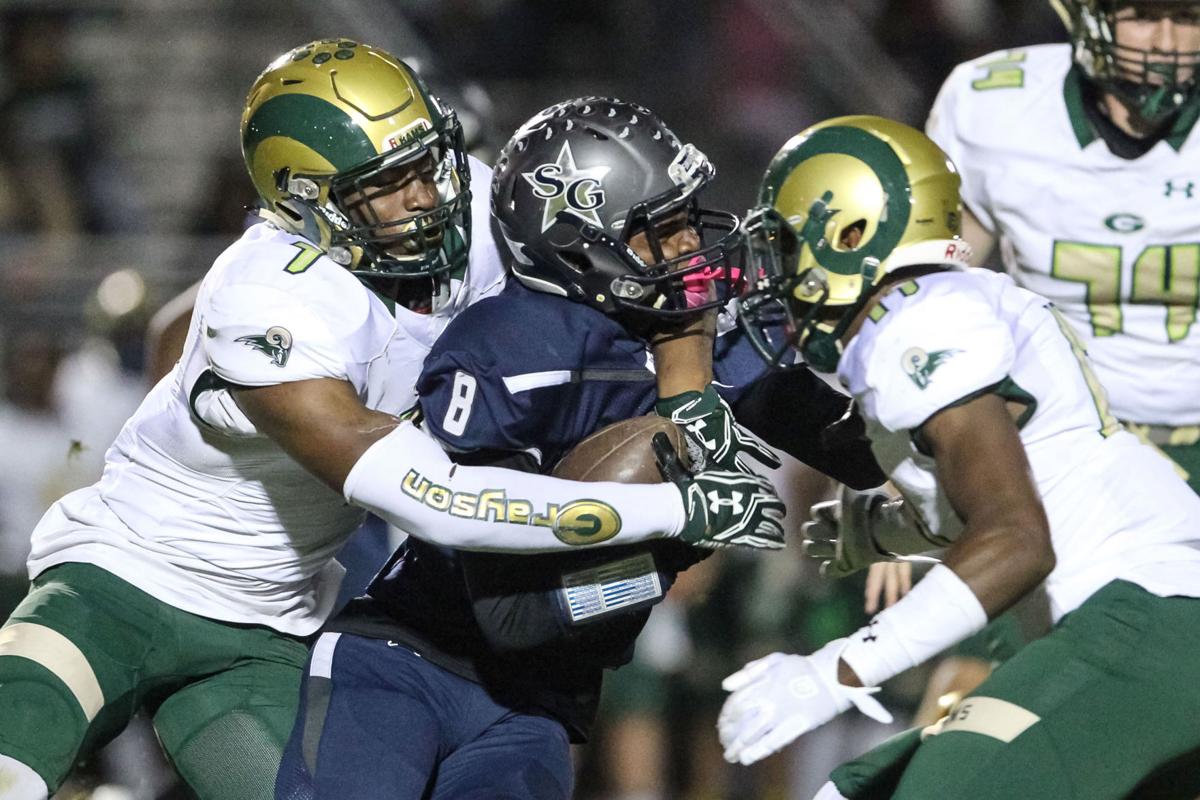 Grayson’s Owen Pappoe (1) runs against the Ramsay Rams during a game at Grayson. (Photo: Dale Zanine)

At the conclusion of Grayson’s 2016 campaign that ended with defeat in the state championship to Roswell, the country’s No. 2 overall 2019 football recruit missed all of Grayson’s 2017 spring practice recovering from a labral tear in his hip. Pappoe played through the injury which he said he sustained in Grayson’s season opener against Hoover. Pappoe was blitzing when suddenly he felt the support in his hip and groin area give out.

Pappoe considers his tolerance for pain higher than the average teenager. He’s used to dealing with sprained ankles but this was a different kind of injury, one more serious that he had previously recovered from. While he said it never bothered him during games, but he said he could hardly walk back to his car after the Hoover game.

An MRI in January revealed that he would require surgery. Dr. S. Clifton Willimon at Children’s Healthcare of Atlanta repaired Pappoe’s hip and the Ram linebacker began diligently preparing to rehabilitate his core muscles to their former strength.

Pappoe’s recovery is perhaps the most miraculous part of his comeback story. A labral tear in the hip can require up to six months of recovery time, but Pappoe cut that in half. Two to three months after surgery, Pappoe was on the field with his teammates for summer training camp and 7-on-7 workouts.

Pappoe, in fact, said he had fun during his physical therapy. The words “fun” and “therapy” are not typically used in the same sentences.

“A whole lot of stretches, they’d put resistance bands on my legs to make sure I’d get my hip strength back,” Pappoe said.

Pappoe took away a valuable lesson from the experience: Stretching is important to fitness. Prior to the injury, Pappoe said he hardly stretched at all. Now he said he stretches daily.

Once Pappoe was back on the field, as his father Lorenzo Pappoe puts it, he was a “machine.” He led Grayson in team and solo tackles and even took snaps at running back. He carried the ball five times for an average of 5.8 yards per carry, but two of those carries were touchdowns.

Pappoe’s recovery was not so shocking for Willimon. His conversations with Pappoe revealed the Grayson junior cared about one thing above all others: football. Pappoe’s singular dedication combined with his peak physical condition pre-surgery made for a speedy recovery.

“A main factor is your hip, core strength and body control before the surgery,” Willimon said. “In Owen’s case, he wasn’t so weak coming into it and he was in great physical condition, so his recovery was more like a three-month recovery. That’s about as soon as they’ll let you come back from this sort of injury.”

Pappoe has been a highly-touted college football prospect since he was an eighth-grader. When his injury threatened to compromise the five-star linebacker’s dozens of offers, it put his career in perspective. Had the injury been more severe, Pappoe realizes his career could have been over.

“It makes you realize it’s not going to be forever,” Pappoe said. “It could have been something way more serious that could have been career ending, and I’d have to fall back on my education.”

Pappoe’s engagement with football is more like an obsession, one that is paying for his college education at Auburn University and could one day pay his bill is the NFL. His obsession began with video games, then that translated to the field when he started playing in Gwinnett County youth leagues. Suddenly, Pappoe’s joystick wasn’t making an animated Ray Lewis skewer opposing running backs. Now Pappoe was the joystick.

“It became a game for him,” she said. “Because my kids were always sheltered, that was his first outside activity. That was one of the first times he’s been around a lot of other people.”

Pappoe is headed to a defensive football camp sponsored by Ray Lewis and Under Armour at IMG Academy in Florida. Then he racks focus for full-padded training camp in late summer and his goal of a state title before he leaves Grayson for good.