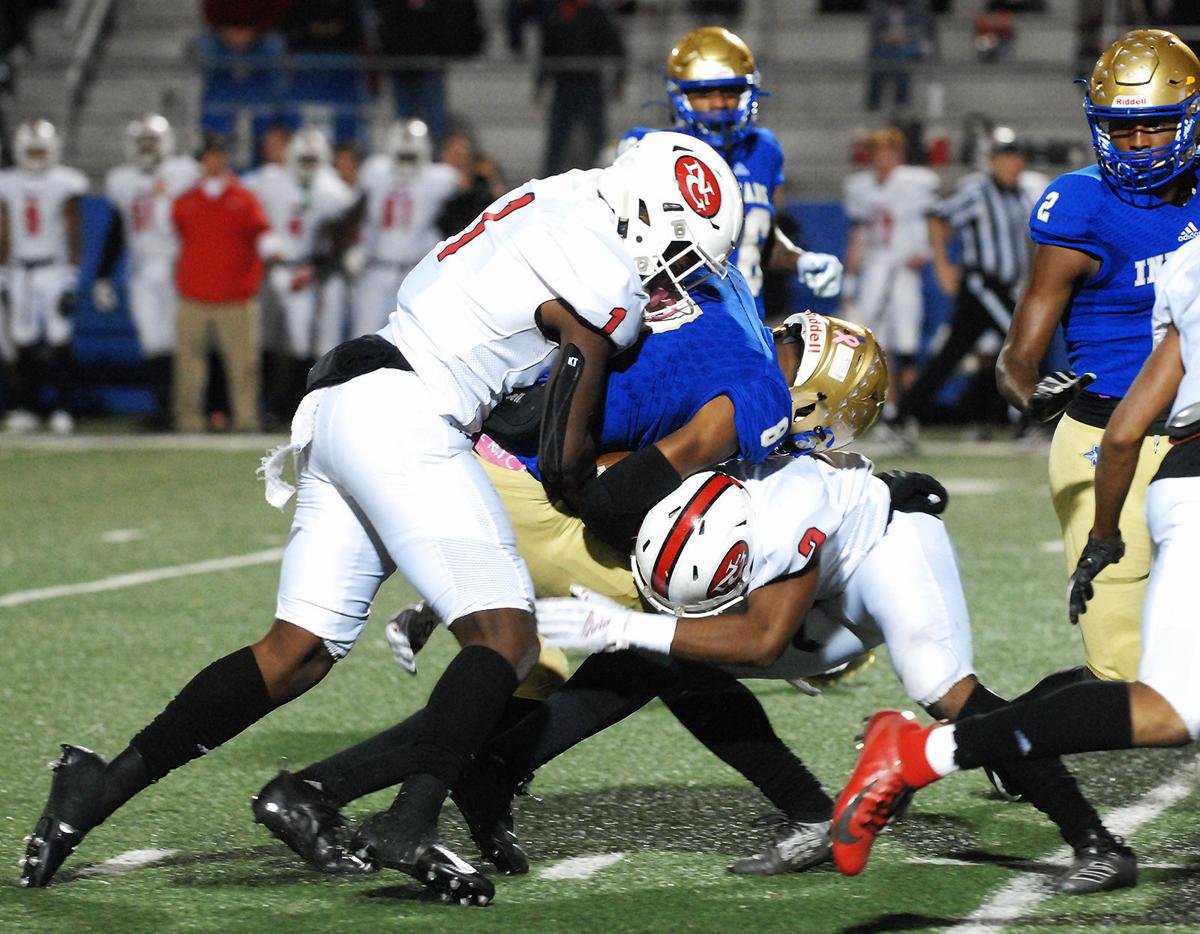 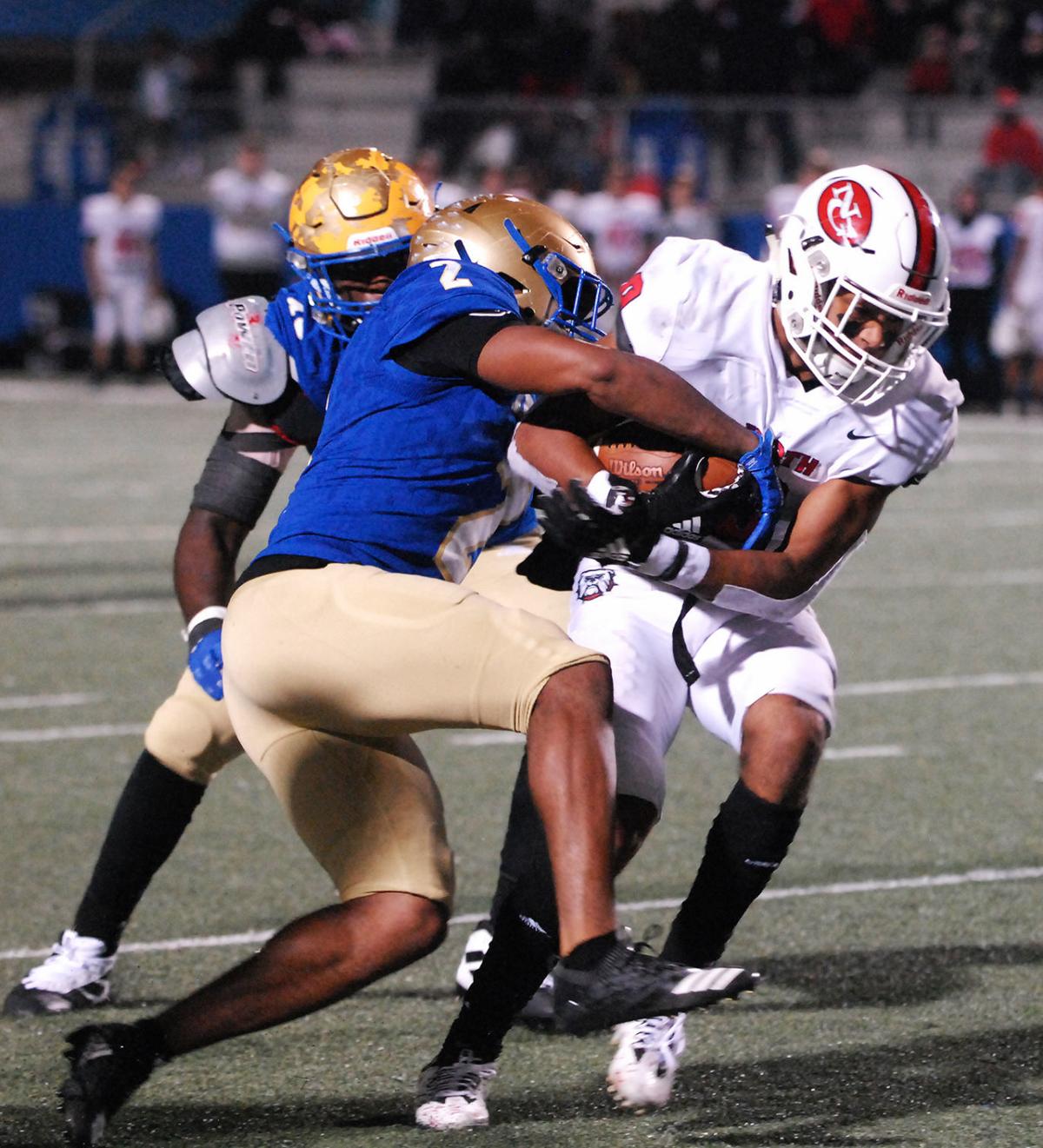 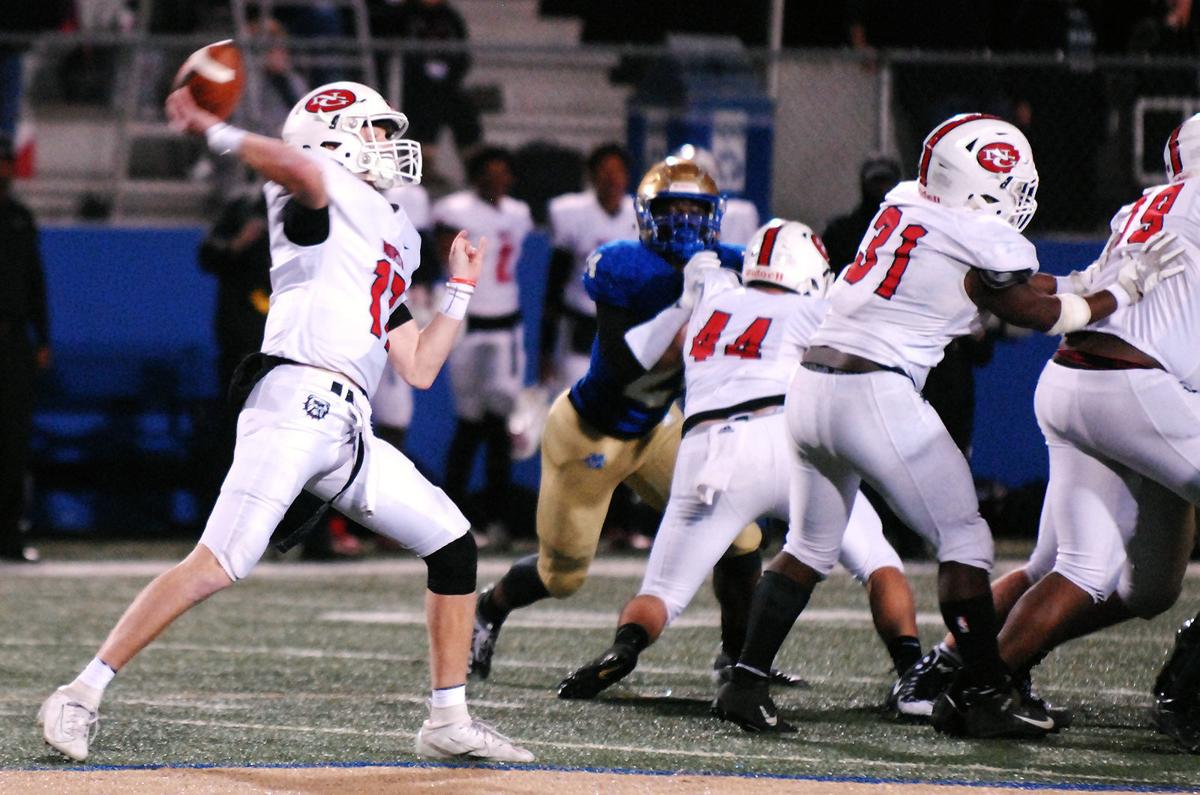 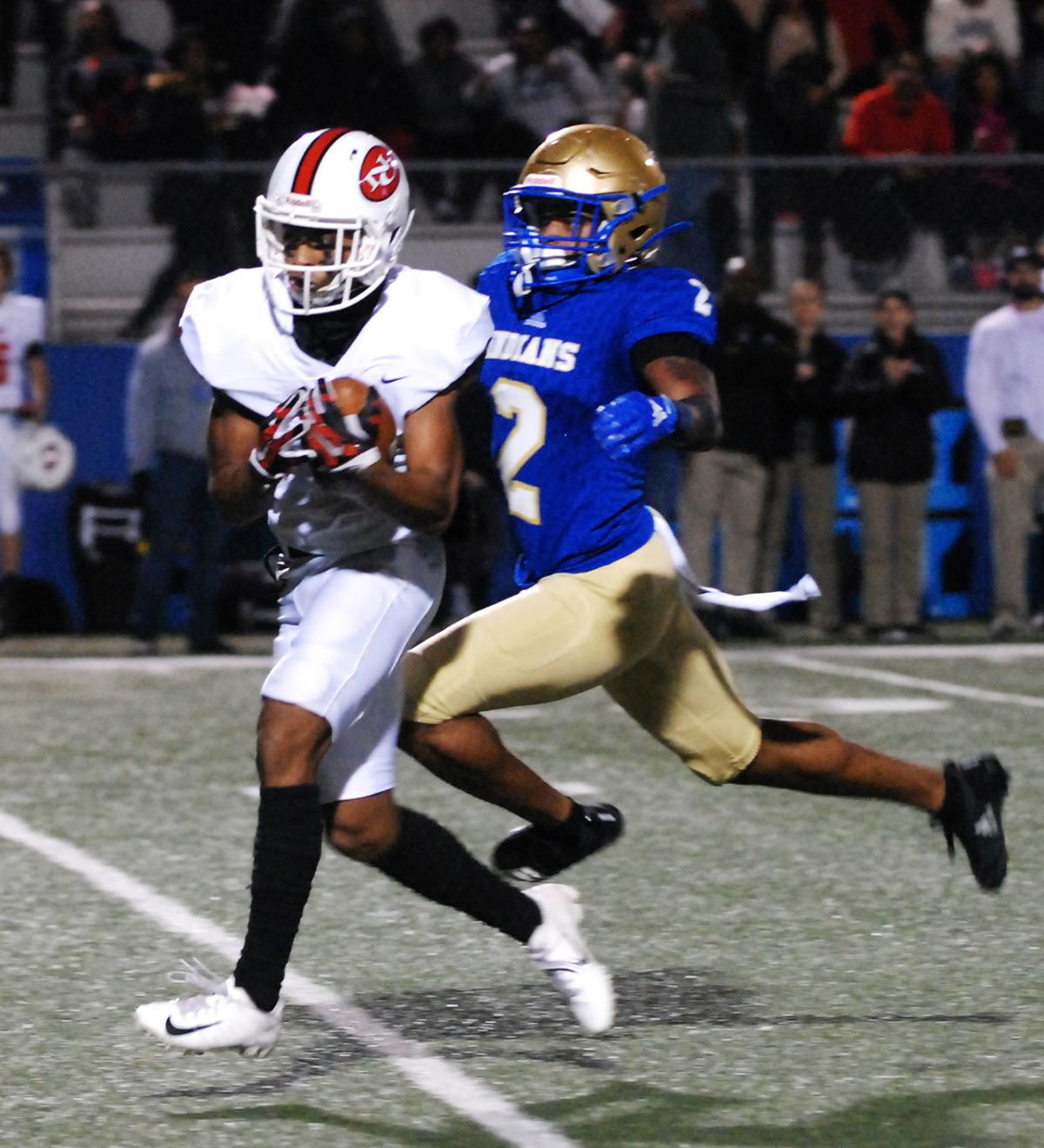 POWDER SPRINGS — When asked if his football team is playing its best football of the season right now, North Gwinnett running back Devin Crosby gave the answer every player hopes they can give when the season starts in August.

“Absolutely,” he said with a huge smile. “There’s no doubt about that.”

Crosby finished with 177 yards and three touchdowns as the Bulldogs dominated previously undefeated McEachern 32-13. Crosby was one of three Bulldogs who had a huge day on offense, as quarterback J.R. Martin finished with 255 total yards and wide receiver Josh Downs had six receptions for 137 yards and another score.

“It’s a three-headed monster,” North head coach Bill Stewart said. “It gives teams a lot of stuff to deal with. That was a great defense we were playing. We put up a lot of points, and you have to do that in the playoffs.”

The Bulldogs had to go into one of the toughest atmospheres in the state for their first road game in over a month, but they assumed control of the contest right from the start.

It only took 118 seconds of football for the visitors to grab the lead, as a six-play opening drive resulted in a touchdown. The score came from Crosby, the first piece of his hat trick. Martin hit Downs for a gain of 46 on the first third down of the game, a play that moved North inside the red zone. Crosby finished off the drive with a powerful run up the middle just three plays later to make it 7-0 North, and that set the tone for what was to come.

“That’s the way to start a game,” Stewart said. “The way we did it really set the tone with Devin running the ball. Our offense is gelling, and they were able to go down there and punch it in.”

The best success McEachern had on offense throughout the entire first half came on the opening drive. Florida commit Carlos Delrio-Wilson rushed for 43 yards on the first possession, as the Indians moved the ball inside the North 10. But North’s defense came up big to force a field goal attempt, and Denzell Moore’s kick from 24 yards sailed wide left.

The most controversial play of the game came in the final minute of the first quarter after a North stop. The Bulldogs muffed a McEachern punt, and Justin Akomah fell on the ball for the Indians at the North 34.

But an inadvertent whistle went off in the stadium before the snap, negating the turnover and forcing a re-kick. Instead of McEachern getting the ball with a short field and a chance to tie the game, North got possession with momentum after catching an enormous break.

The offense didn’t waste it.

“We heard a whistle,” Stewart said. “It was right before the ball was coming down. That happens. They gave us one. Those are things that happen.”

Martin hit Downs for another big completion on a third-and-11, Crosby added a pair of healthy gains, and the Bulldogs were on the move. The drive culminated in a very similar manner to the first one, as Crosby busted through the middle of the McEachern defense to find the end zone from 23 yards out. Just like on the first possession, the Bulldogs converted two third downs on the scoring possession, and that was a theme all night as North went 8-for-13 on third downs.

After leading for almost the entire first half, North came out of halftime and delivered another huge body blow when play resumed.

The defense picked up three consecutive tackles for loss on the opening McEachern possession, and a solid punt return set them up at the McEachern 35. Martin hit a wide open Downs on North’s first offensive snap of the second half, and he was able to stroll into the end zone to make it a three-score lead.

McEachern’s first big play of the game came when they desperately needed it. Jordan Simmons’ first carry of the game resulted in a 75-yard touchdown, as the senior running back split the safeties and got the Indians on the board.

Even after Crosby fumbled the ball on the goalline with a chance to regain the 22-point advantage, the Bulldogs were still in full control.

A clutch 46-yard field goal from Andrew Lim in the final minute of the third quarter made it a three-possession lead for North, and that was plenty for the defense even after they allowed a touchdown that cut the lead to 12 points early in the frame.

One final clutch third down conversion basically salted the game away when Martin hit D.J. Hart for a 40-yard completion on third-and-4 to put the Bulldogs in the red zone. Crosby punched in his third TD of the night from two yards out to put an exclamation point on the drive, and the game for the Bulldogs.

“Patience was the key,” Crosby said. “I saw that they were trying to cut my linemen, so I had to be patient and wait for a hole to open up.”

Now with a dozen consecutive wins in the bag, North needs just two more to claim their second state title in three seasons. Next week figures to be the biggest test of all though, as the Bulldogs will travel down to Valdosta to take on another undefeated team in 13-0 Lowndes.