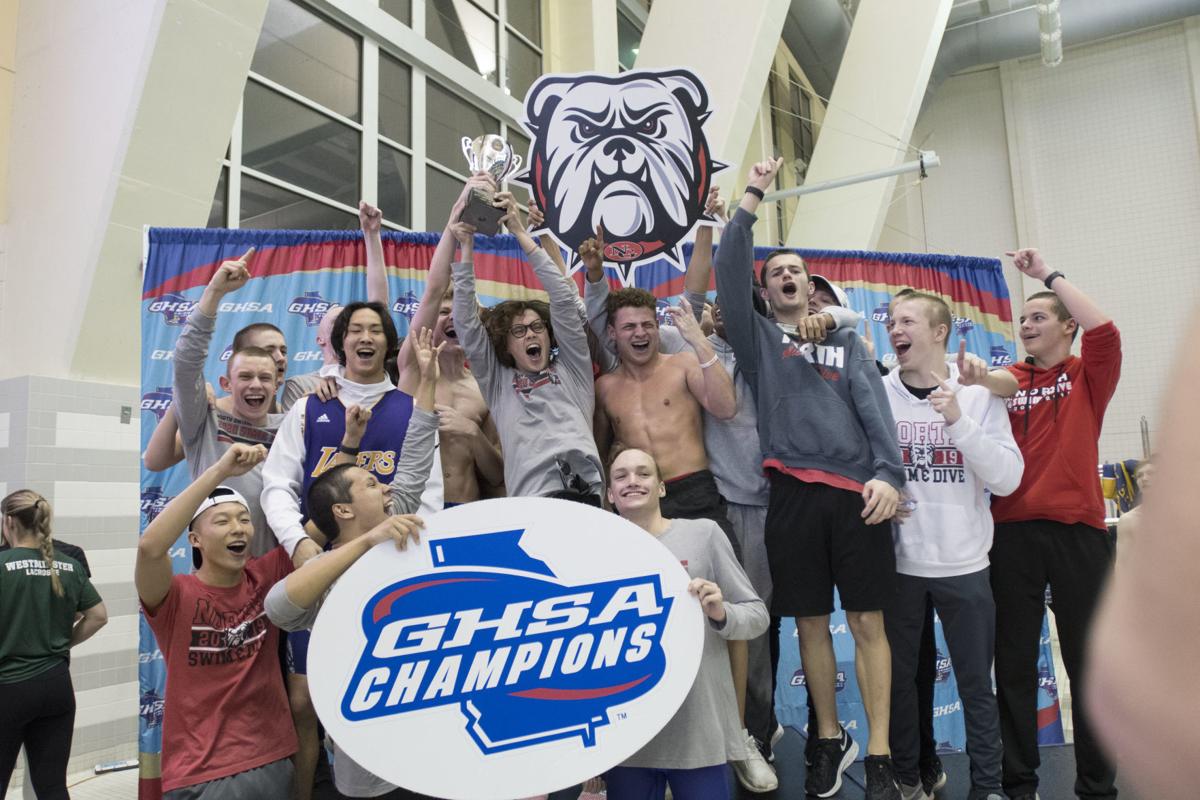 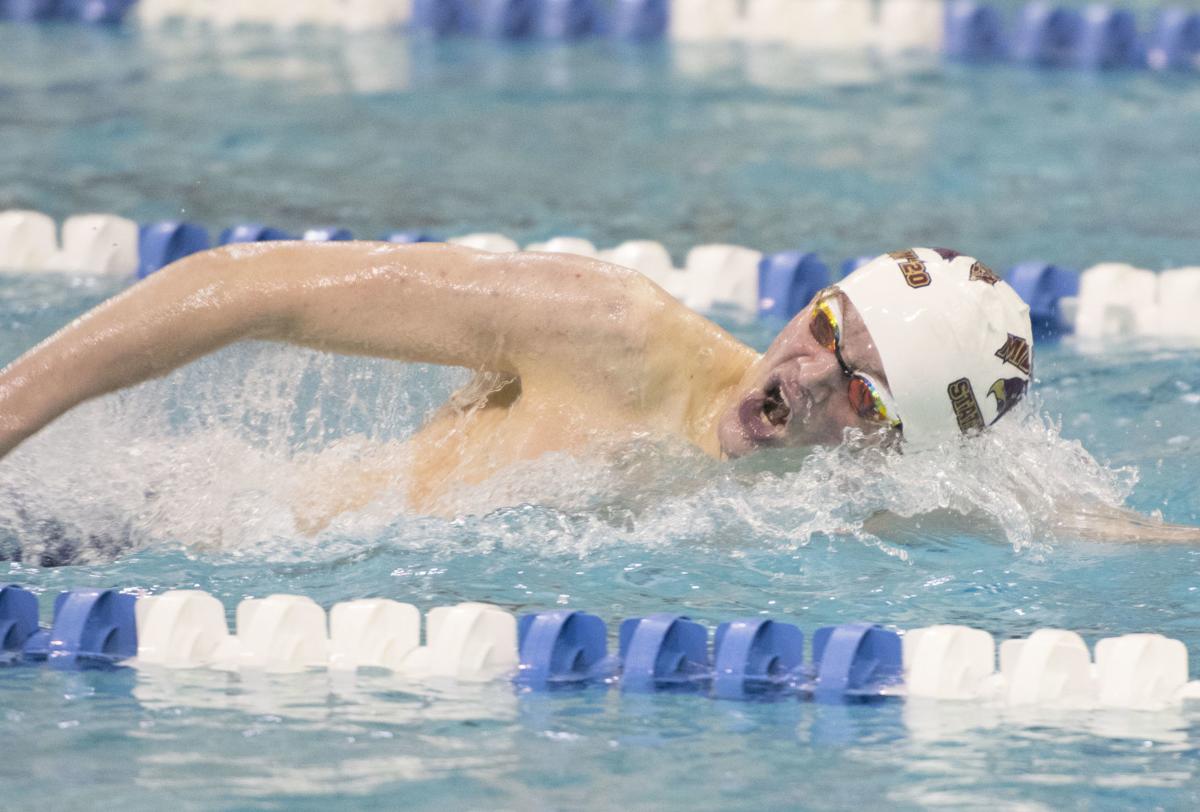 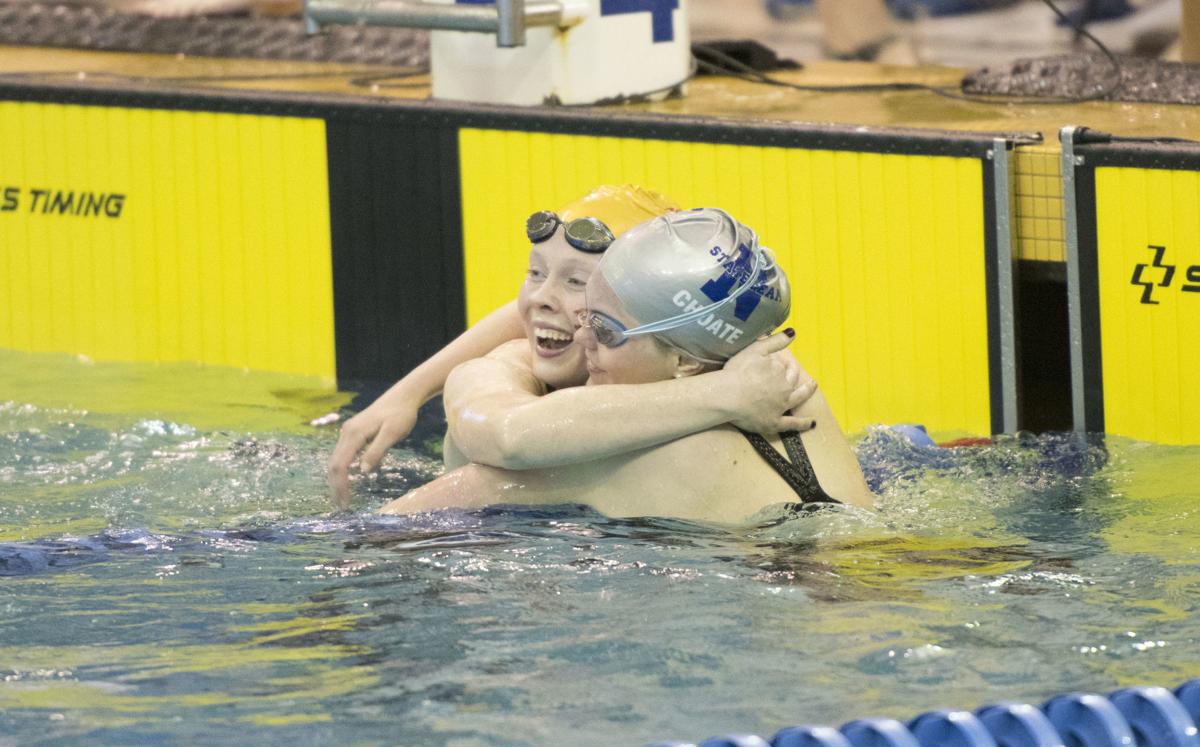 Brookwood’s Lily Burke and Norcross’ Catie Choate embrace after a 1-2 finish in the 100 freestyle in the Class AAAAAAA state swimming championships at Georgia Tech. 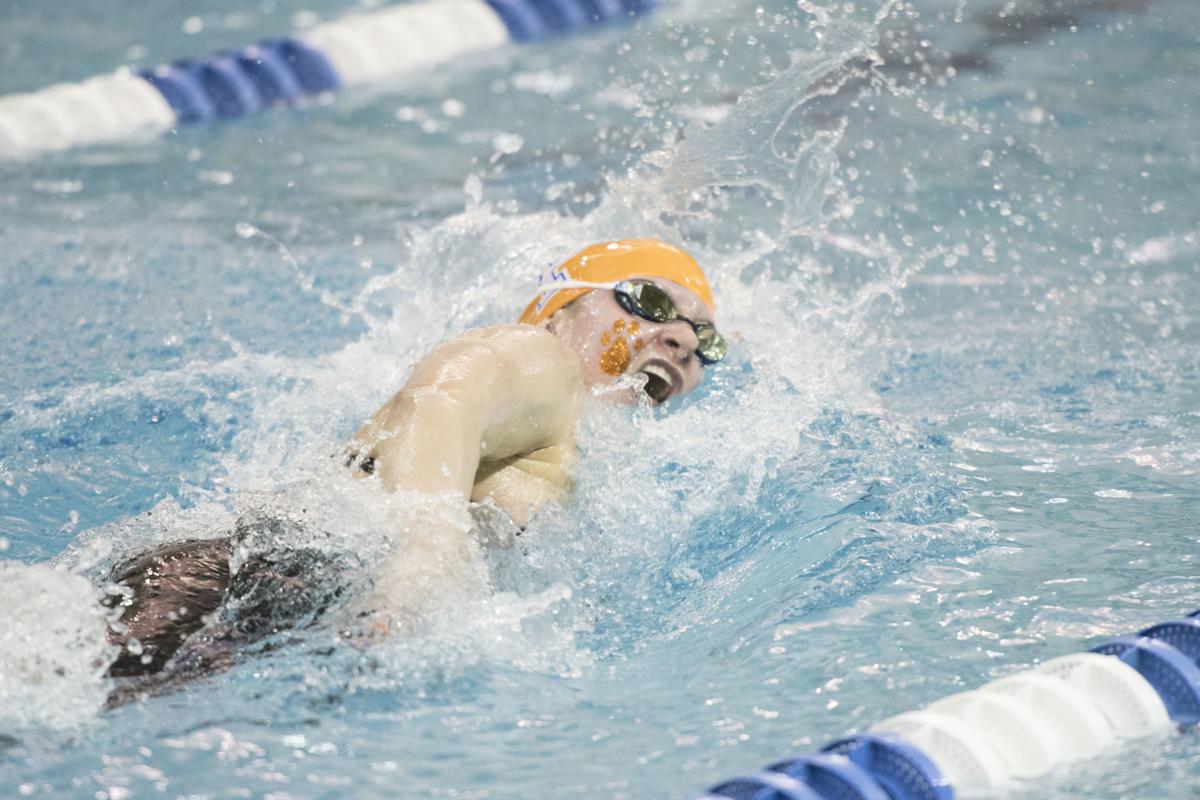 Parkview’s Abby McCulloh swims in the state championship meet Saturday at Georgia Tech. The junior won titles in the 200 and 500 freestyles.

Brookwood’s Lily Burke and Norcross’ Catie Choate embrace after a 1-2 finish in the 100 freestyle in the Class AAAAAAA state swimming championships at Georgia Tech.

Parkview’s Abby McCulloh swims in the state championship meet Saturday at Georgia Tech. The junior won titles in the 200 and 500 freestyles.

It came from senior Ethan Dawidowicz and propelled the Bulldogs to the Class AAAAAAA state swimming championship.

“We were desperate, looking for some energy in the middle of that meet because we were behind,” head coach Paul Callis said.

The turning point is buried in the middle of a column of results in the middle of the meet, not even an A final. Dawidowicz managed to poke the fire back to life with a 12th-place finish in the 100 freestyle.

“That was our first positive, to me, of the whole meet,” Callis said. “From there, it felt like the momentum started shifting.”

In the next race, a 500 freestyle utterly dominated by Mill Creek’s phenom Jake Magahey, North had freshman Tristan DenBrok step up with a seventh-place finish. Then his brother, senior Ethan DenBrok, was part of the Bulldogs’ third-place 200 free relay finish with Luke Han, Rucker Robinson and Ayden Meierarend.

“We had a ton of kids step up,” Callis said. “Meierarend, because we’re so deep on the 5 free and the 2 free, events that he’s good at, we had to pull him over to be a sprinter. He came into this meet ranked like 48th in the 50 free and made the B final. That was a gamble, but we had no choice to do that. It worked.

“Our meet was being won with little things like that happening.”

Senior Mikael Getahoun picked up points in the 100 back and when the final boys race rolled around, North just needed to be within two spots of Brookwood to win the title. The Bulldogs were fourth in the 400 free relay, a place ahead of the four-time defending champions.

They claimed the crown without a single individual winner and one podium performance, the 200 free relay.

The victory highlighted another dominating county showing at the state swimming finals.

Gwinnett schools made up half of the top 10 in the Class AAAAAAA boys standings. North was followed by runner-up Brookwood, Parkview (fourth), Mill Creek (sixth) and Peachtree Ridge (eighth).

Broncos head coach Jack Gayle said he’d never been so happy to finish second. They, like North, had a number of step-up swims to get there, including seniors Sam Mauldin and Roman Gibbs. Juniors Ian Merrill and Chris Scalzi, who led off the meet with a terrific split in the first-place 200 medley relay effort, also were part of Brookwood’s push.

In the Class AAAAAAA girls, the two-time defending champion Broncos were second to a deep Lassiter squad and fifth through eighth place were all from Gwinnett. Parkview was fifth, followed by Mill Creek, North and Mountain View.

The season started with a quad meet between heavy hitters Brookwood, Parkview, Mill Creek and North Gwinnett. Steel sharpened steel from the get-go and it showed Saturday at the Georgia Tech Aquatic Center.

In the smaller classifications, county teams also were among the best in the state. In Class A-AAA boys, Wesleyan was second and Greater Atlanta Christian was third. In the girls, GAC was second and Wesleyan was fourth. Westminster ran away with both titles, several hundred points ahead of the field.

“They killed it,’ Spartans head coach Emily Krug said of the girls runner-up finish. “Better than we ever would have imagined. Their swimming made us more hopeful as the meet went on. We knew we were going to do great, but we didn’t think we would do this great.”

Gwinnett swimmers won nine individual Class AAAAAAA titles. Four of those came in a sweep of the 200 and 500 freestyle events by Magahey and Parkview junior Abby McCulloh.

They were among 13 podium finishers for the county.

Collins Hill senior Abigayle Wood was runner-up in the 100 breaststroke.

Junior Reagan Sweeney had a pair of key third-place performances for the Brookwood girls in the 200 free and 100 fly.

For the boys, Peachtree Ridge senior Evan McInerny was second in the 200 IM as well as fourth in the 100 back. His teammate, sophomore Tyler Schroeder, was runner-up to Stoffle in the 100 fly.

Individual winners for Class A-AAA included Wesleyan senior Hannah Wasmuth in the 100 back and GAC sophomore Trey Carter in the 500 free. Wasmuth also was second in the 200 free, while Carter added a fourth-place finish in the same event for the Spartan boys.

GAC junior Katharine Alsobrook was third in the 500 free.

Two Gwinnett residents who train at SwimAtlanta-Sugarloaf also made the podium at state. Charlie Stout, a sophomore at George Walton Academy, won the 100 breaststroke and was third in the 200 free for Class A-AAA. St. Pius freshman Morgan Jenny was second in the 500 free Class AAAA-AAAAA meet.