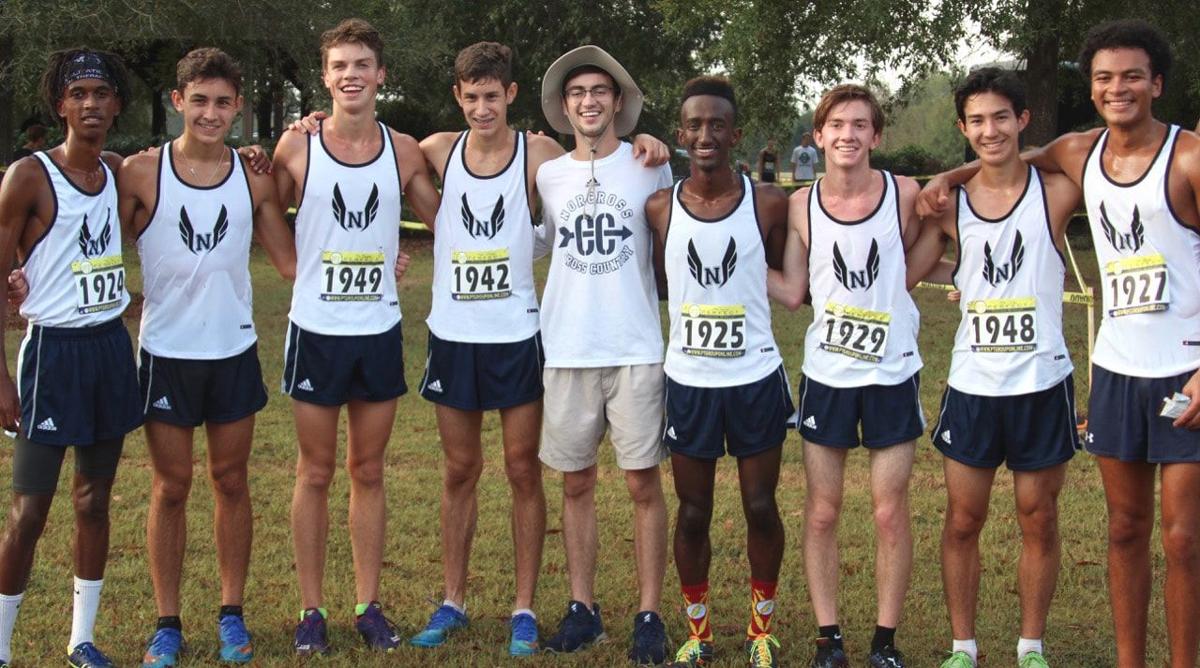 Nathan Brooks, middle, and the Norcross boys cross country team pose for a photo at the Alexander/Asics Invitational. 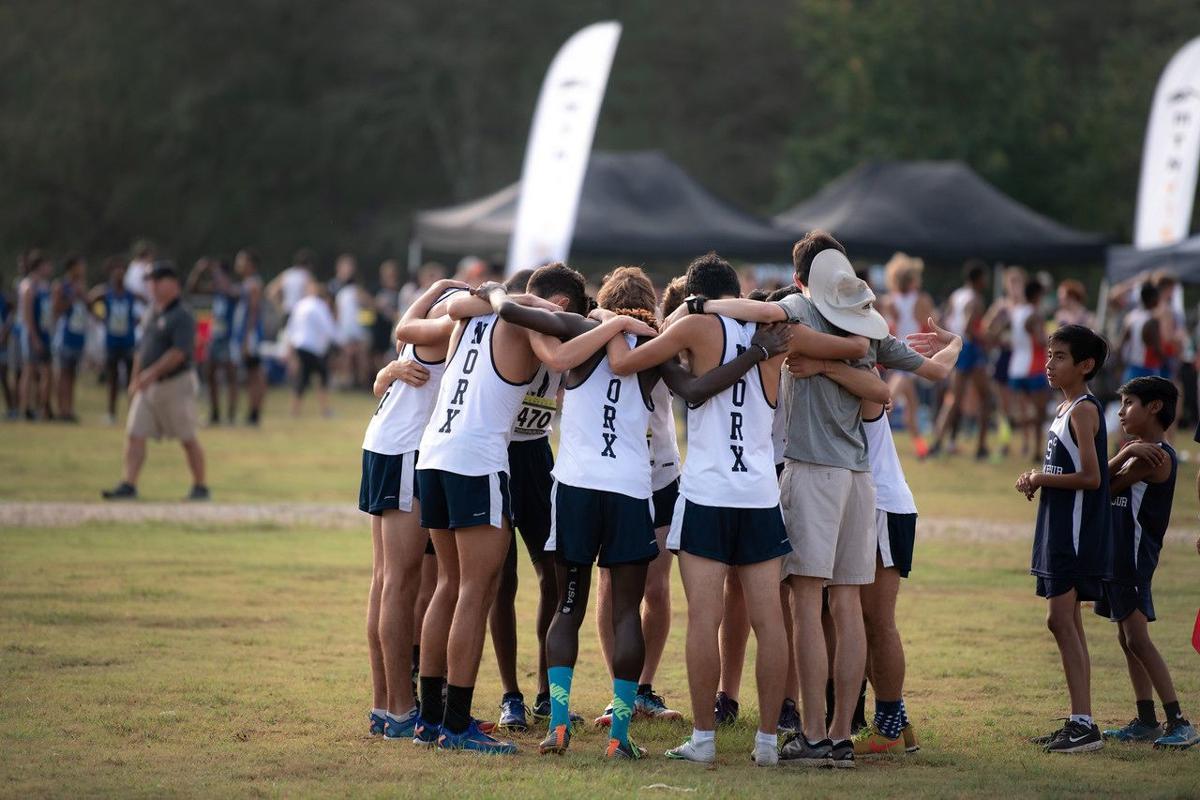 Norcross’ boys cross country runners and coaches huddle up before the start of the Gwinnett County Championships last month.

Nathan Brooks, middle, and the Norcross boys cross country team pose for a photo at the Alexander/Asics Invitational.

Norcross’ boys cross country runners and coaches huddle up before the start of the Gwinnett County Championships last month.

Norcross’ boys finished the Area 4-AAAAAAA cross country championships with 58 points, deadlocked with longtime Georgia running power Brookwood, a program with 12 state championships in the sport. Just behind in third and fourth were Parkview and Mill Creek, also with state titles in their past.

That the Blue Devils competed at that level is a testament to their great improvements in recent seasons. That they won the tiebreaker with Brookwood only made it sweeter.

“We were a little elated,” said third-year Norcross coach Nathan Brooks. “It’s so much fun watching how hard these kids have been working, not just this year but last year making state for the first time in six years. It’s so great to watch them work as hard as they have all summer and all season and they got something from it. Though our big thing is state. We want to do something at state and make some noise there. There are other teams in our region and our county that are so good and are so dominant that have been in that position before. It’s humbling to be up there and be so close and pull it out this time.”

The magnitude of the breakthrough victory set in afterward.

Norcross’ last area or region championship in boys cross country came in 1982, long before the high school campus moved to its current location on Spalding Drive.

“Even for myself, (1982) is 11 years before me, the coach, was born,” said Brooks, a former runner at North Gwinnett. “The kids asked funny questions like, ‘Did they have such and such back then? Was gas cheap then?’ Just the little questions they had looking back was interesting. … With the school as large as Norcross that has so much talent that it does have, it was kind of hard for me to believe they just hadn’t had success in running for that long.”

The coaching staff has drummed up more interest in the program, which now features 35 boys, and has brought the stability of being in place for multiple seasons. Brooks and Norcross girls coach Katherine Yost both credit the Blue Devils’ volunteer coach, Ken Almon, for his role in the high school team’s results, too. Almon coaches the successful Summerour Middle cross country program, in addition to helping at the high school level.

Brooks saw the rewards of his runners’ hard work in past seasons, including its trip to state last year, but the payoff has been even bigger this year. Norcross made its mark with a fourth-place finish at the Gwinnett County Championships — its 83 points was just off Archer (79), Parkview (71) and Brookwood (70). Junior Miguel Schlicht (eighth, 16 minutes, 47.39 seconds), senior Gabriel Schlicht (13th), sophomore Joseph Winters (19th) and junior Yonas Chimbanda (20th) finished in the top 20 individually at county.

The next challenge comes Nov. 2 at the state meet.

“I don’t think (winning area) changes our goals for state at all,” Brooks said. “The teams that we were around, we tied with Brookwood and we won off a tiebreaker, and Parkview was only two points back. It was the closest I’ve ever seen it. We’ve been beat by each of those teams already this year and we’ve beat each of those teams. We know who we’re around. It’s been about state all year long. We’ve been ranked in the top 10 in 7A and it’s about time the boys prove why they’re there.”