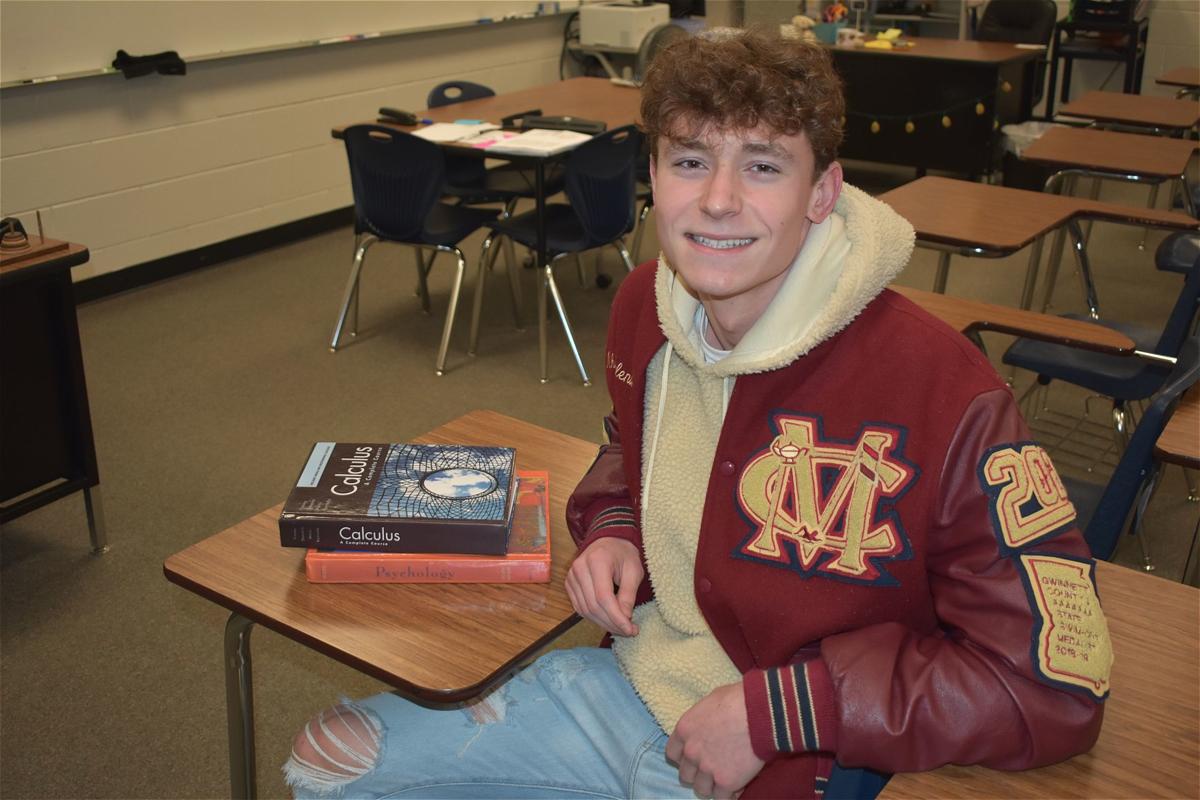 In addition to being one of the state’s top swimmers, Nick Kalenik ranks third academically in Mill Creek’s senior class. 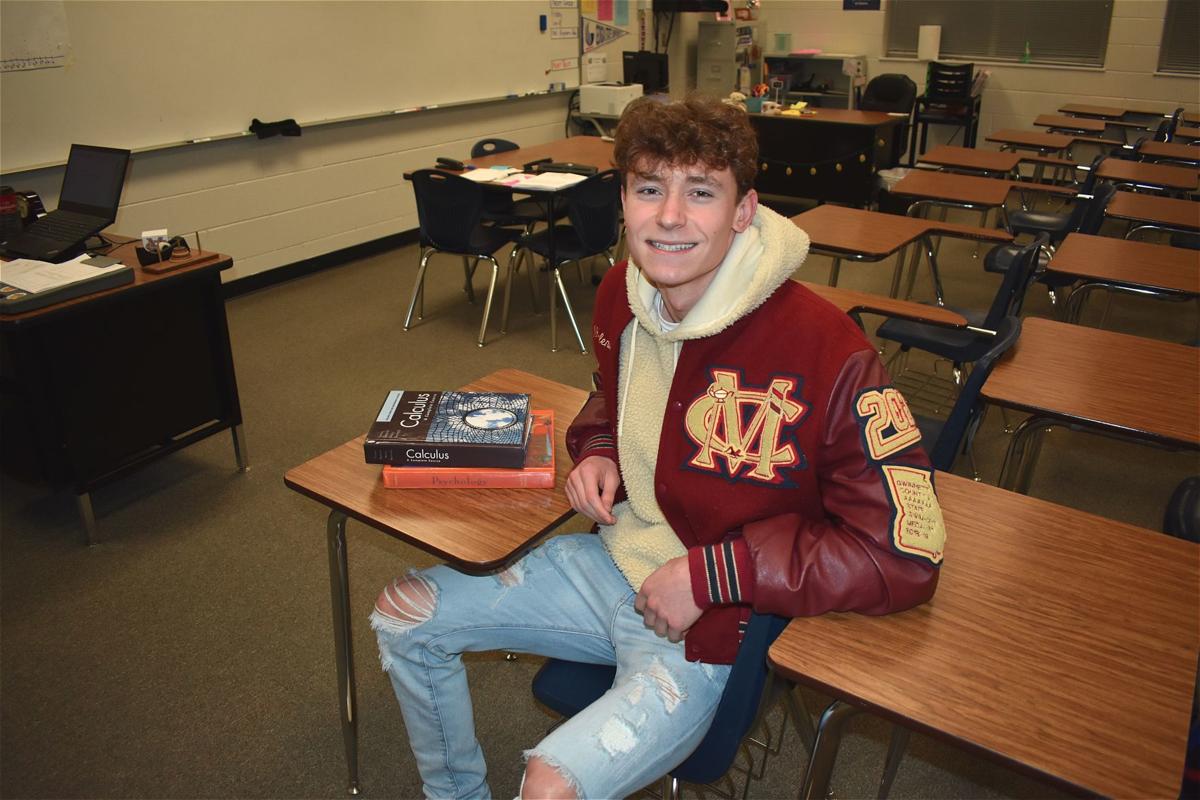 In addition to being one of the state's top swimmers, Nick Kalenik ranks third academically in Mill Creek's senior class.

In addition to being one of the state’s top swimmers, Nick Kalenik ranks third academically in Mill Creek’s senior class.

In addition to being one of the state's top swimmers, Nick Kalenik ranks third academically in Mill Creek's senior class.

For the past four years, many of the nation’s top swimmers have chased Jake Magahey, typically to no avail.

What is it like to compete with Magahey? Fellow Mill Creek senior Nick Kalenik knows better than most.

Kalenik trains daily alongside Magahey, one of the country’s top swimmers in his age group, at SwimAtlanta.

“It’s frustrating at times,” a smiling Kalenik said as he broke into laughter. “But we’re really good friends. … It’s awesome swimming with him. He’s so humble. He doesn’t brag. He always pushes us to keep going and work harder. I love training with him, even though he’s always way faster. It’s still encouraging to swim with him.

“Going into high school, I was like, ‘Oh, I’m going to set all the records and then he came (laughs). I don’t really care. It’s just fun swimming with him. It doesn’t really matter if I have the records or not at the end of the day.”

Kalenik’s response shows exactly how well he has handled swimming alongside such a rare talent in Magahey, who also happens to be one of his best friends. Kalenik’s coaches at Mill Creek and SwimAtlanta both praised him for being an ideal teammate, and an unselfish one.

At most high schools, Kalenik would be the star swimmer. At Mill Creek, he just happens to swim the distance freestyle events that are the specialty of Magahey. It’s the same situation at SwimAtlanta, the year-round club where those two share the same events and training regimen.

“He’s a great teammate,” SwimAtlanta coach Chris Davis said of Kalenik. “He’ll fist pump (Magahey), ‘Great job, nice set, way to go.’ So he’s a really good teammate. He’s a very hard worker. He trains in that distance lane. If you’re over there and you’re in the distance lane, the monotony of it all says a lot about him. … He’s very consistent, always here, works hard, funny kid.”

Kalenik had a great junior season in high school swimming, finishing third at state in the 500-yard freestyle and fourth in the 200 free. It was easy to be overshadowed, though, after Magahey won the 500 free and toppled a national public school record that had stood since 1983.

But Kalenik’s coaches, and others in the swimming community, are appreciative of his talent, too. His accomplishments make him one of the state’s top swimmers, and his skills paired with Magahey make Mill Creek’s relays more than formidable.

“Nick is an extremely versatile swimmer and he is willing to swim any event to help the team,” Mill Creek coach Rick Creed said. “He is extremely unselfish. Nick is a three-time recipient of our Iron Hawk Award by earning state qualifying times in every event. He is a two-time recipient of our Most Dedicated Athlete Award selected by his peers. He is extremely well-liked and respected by his teammates, classmates, faculty and staff. He is an outstanding leader and role model.

“Nick is extremely well-grounded and dedicated to his studies, swimming and team. We are extremely blessed to have Nick in our program. You can always count on Nick to give his very best effort every day. He never lets his teammates down.”

Kalenik had another great showing over the weekend in his final Gwinnett County high school meet, taking first in three of his four races. He joined Magahey on first-place 200 medley and 400 free relays — the latter broke the county-meet record — and also fared well individually. He won the 500 free in 4 minutes, 41.64 seconds, and was a close runner-up in the 200 free in 1:42.53.

He hopes that success continues at the upcoming state meet next week at Georgia Tech.

“We’ve got one of the best teams we’ve had in awhile and we’re really shooting for winning state,” Kalenik said. “We think we have the ability to do that.”

Despite all his swimming exploits, Kalenik is just as appreciated at Mill Creek for his success academically — he ranks third in a senior class that is loaded with high-level students. He will finish high school with double-figure Advanced Placement classes, and his current schedule includes multi-variable calculus, government and politics, psychology, computer science and online language arts.

His multi-variable calculus class features only four Mill Creek students who take the class from a Georgia Tech professor. The class lectures are streamed to a Mill Creek classroom on Monday, Wednesday and Friday — the four students can buzz in with questions — and they spend Tuesdays and Thursdays working with a teacher’s assistant on practice problems.

The class works well for Kalenik, who said he’s a “math guy” and is considering a college major in the business field. A joint degree in business and computer science sounds appealing.

“Nick is not only an outstanding swimmer, he is a phenomenal student and incredible young man,” Creed said. “He has a 4.0-plus GPA and is ranked third in his class. He is one of the top mathematics students at our school.”

Kalenik had plenty of opportunities to swim in college at the NCAA Division I level, but he plans to focus on academics and other pursuits at one of his top two college choices, Georgia Tech and Georgia. He keeps a strict high school schedule, a balance of school and swimming, and wonders how that will change without the swimming piece.

“I don’t know what I’m going to do with (the extra time),” Kalenik said. “I feel like swimming really kept me on a schedule. I’m definitely going to learn how to keep on my work. I want to start going to the gym more and working out more. I want to stay busy so I’m always going to stay on track for what I have to do.”

Because he isn’t swimming in college, the high school season may be it for his competitive swimming career. He hasn’t decided if it will continue practices at SwimAtlanta through the spring, or if he will compete one last summer in the Gwinnett County Swim League.

If his final meet is at high school state, he has high goals for his team, his two relays and his two individual events.

NORCROSS — On occasion, the team trophy celebration at the Gwinnett County Swimming and Divi…