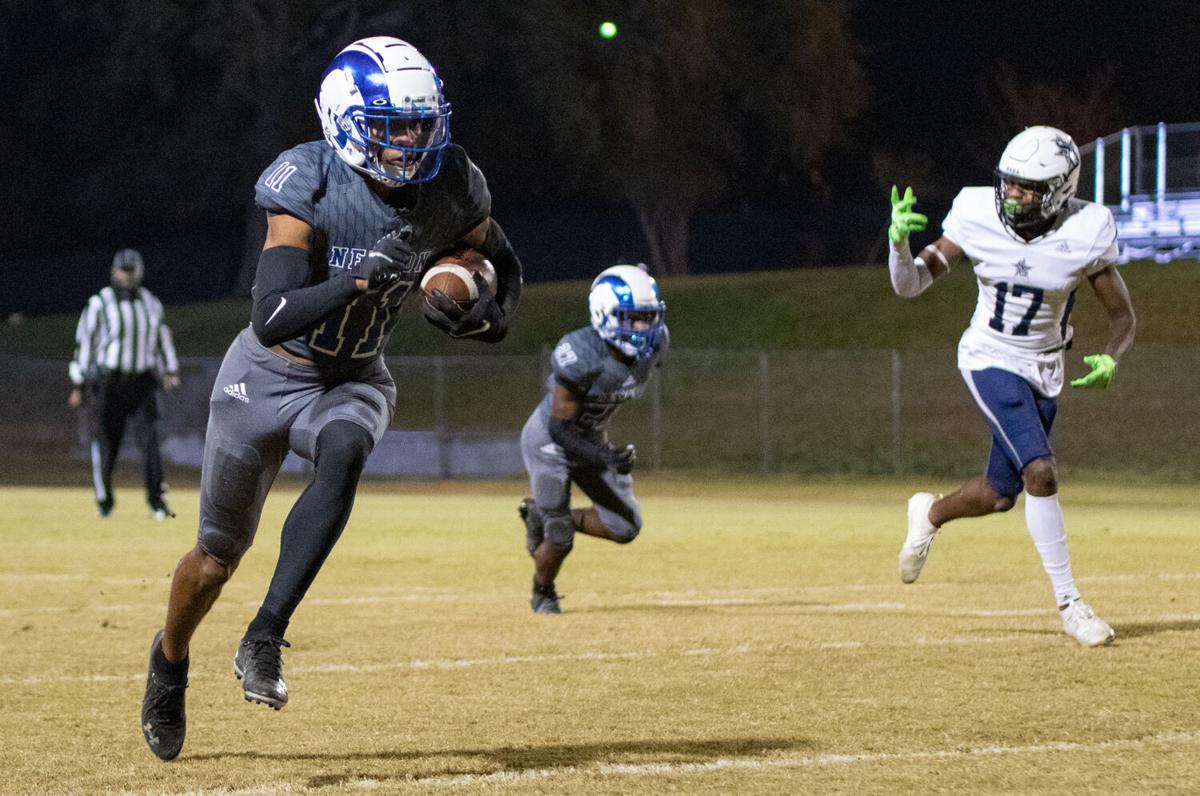 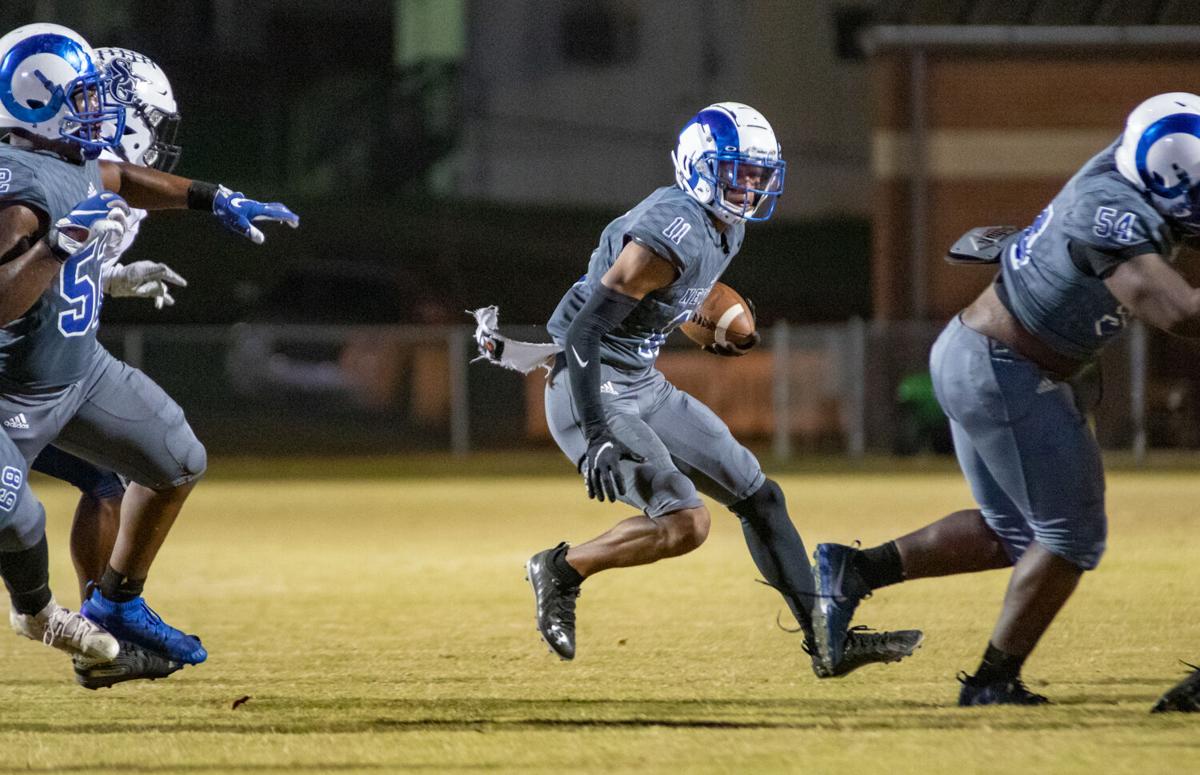 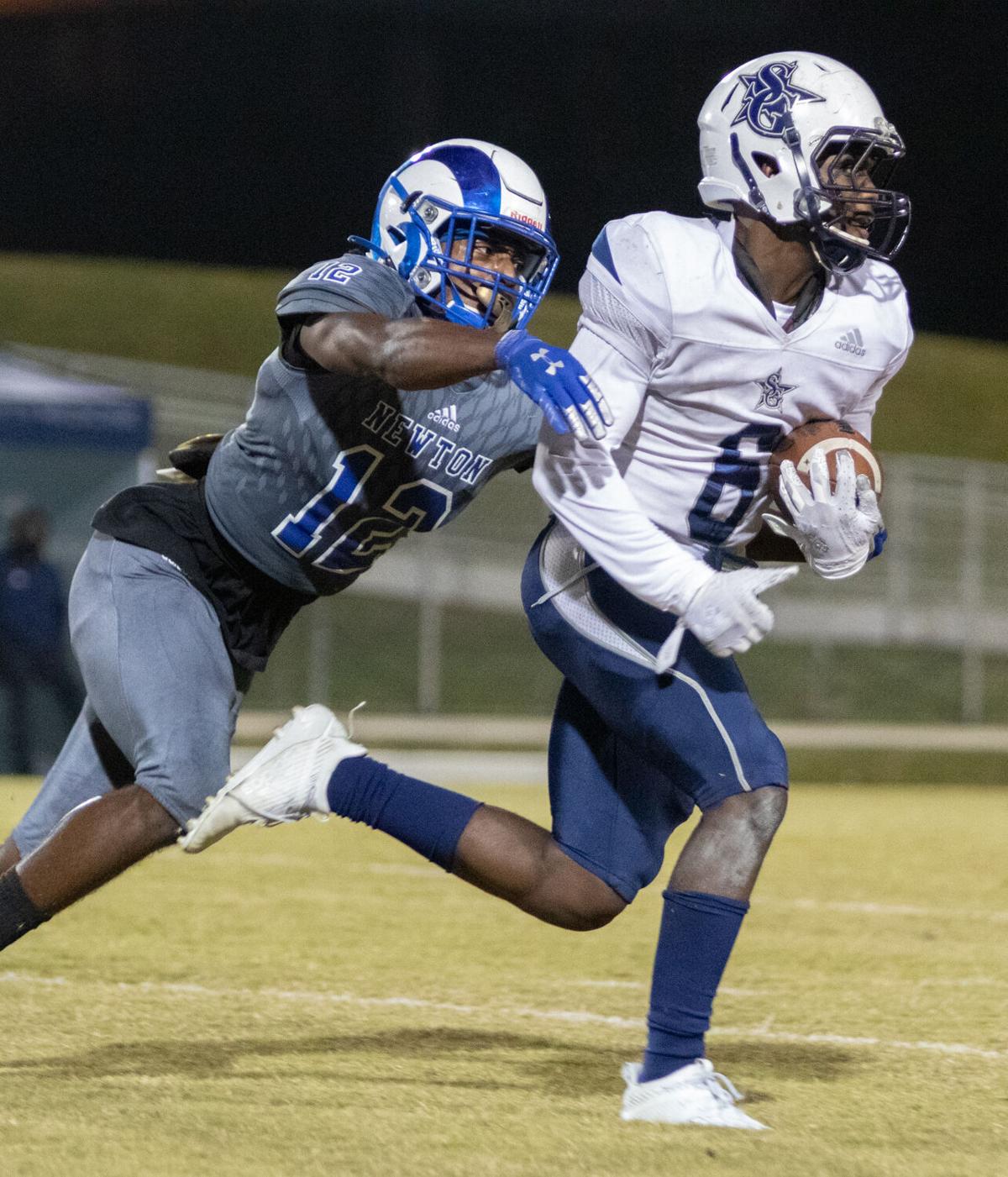 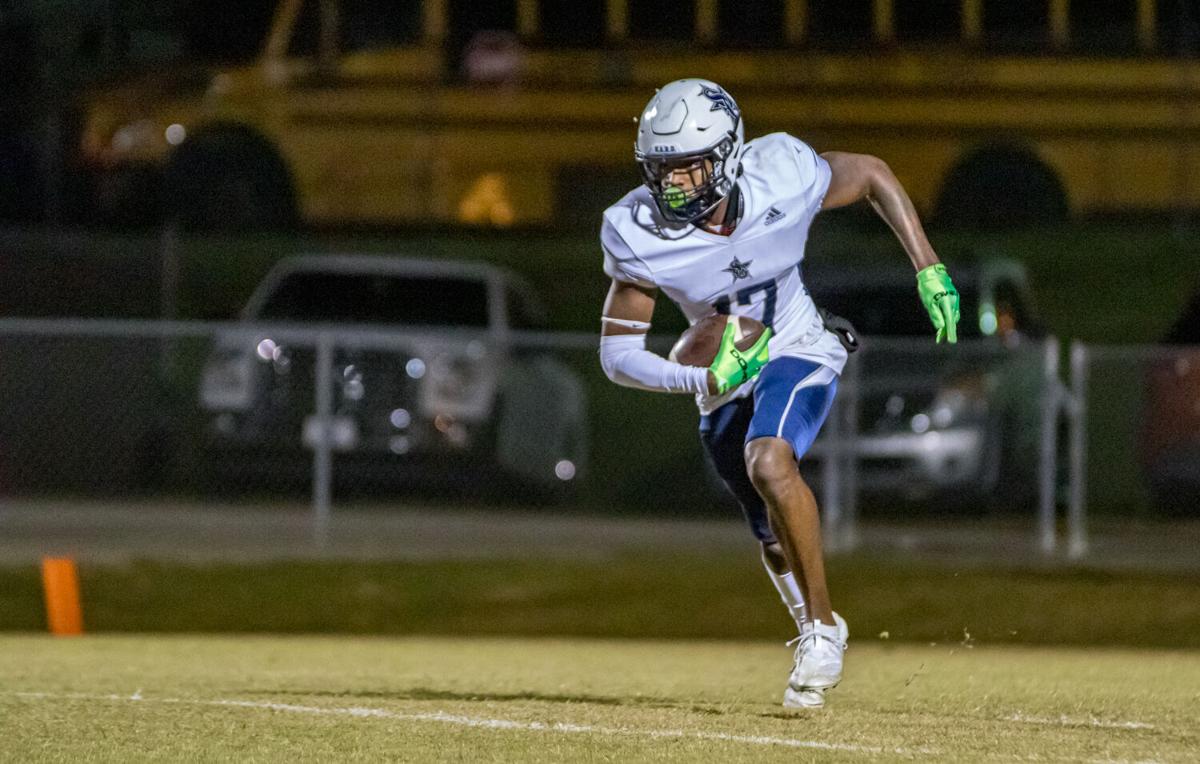 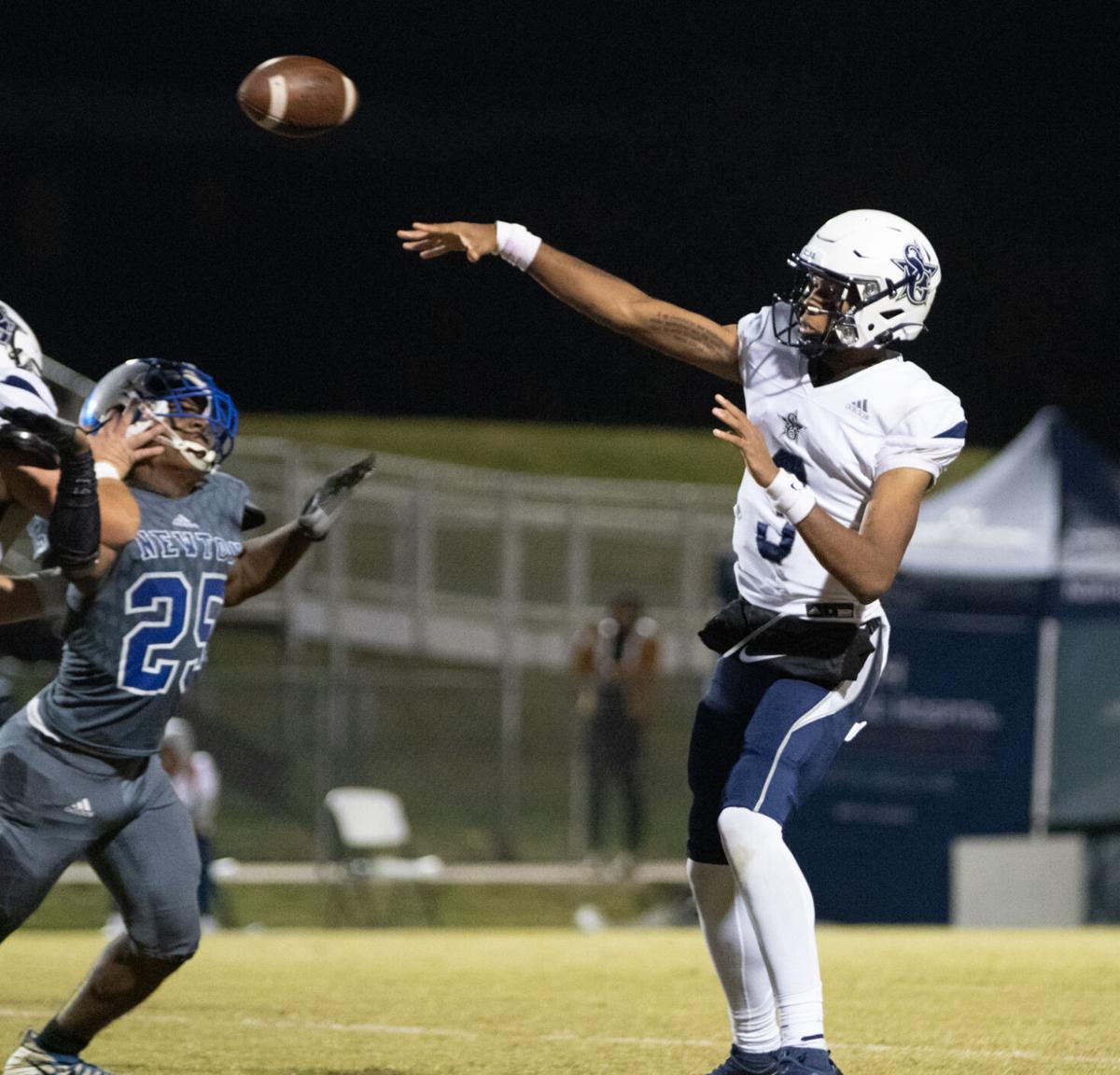 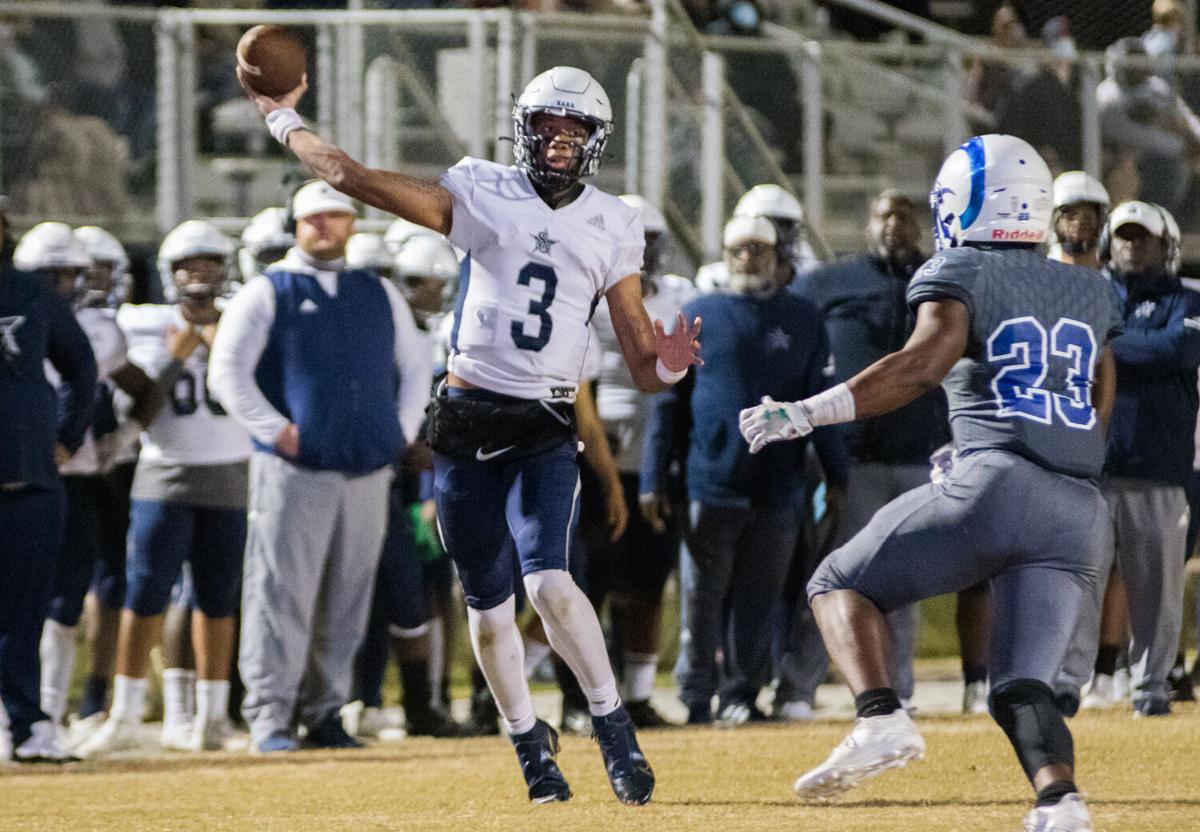 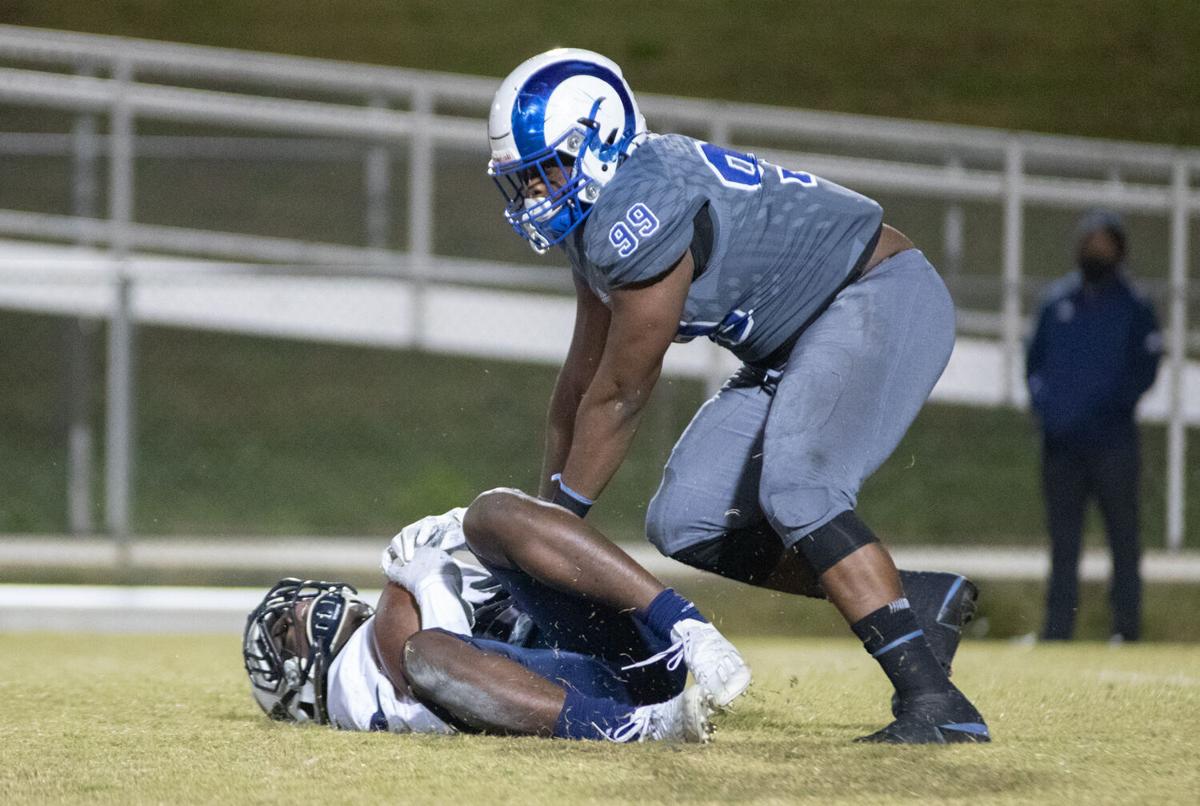 COVINGTON — Unbeknownst to Newton's football team, its regular-season finale at home against South Gwinnett had turned into a must-win situation in order to qualify for the Class AAAAAAA state playoffs.

With the score deadlocked at 10 and under eight minutes remaining in the fourth quarter, Newton quarterback Jevarra Martin made the biggest play of the season for the Rams, tossing a 31-yard touchdown to a wide-open A.J. Greene to put the hosts up for good.

The Rams hung on to win 17-10 over the Comets, who had an opportunity to answer back with a score, only to fail on fourth down deep inside Newton territory in the closing minutes.

A victory for Newton was needed because of Brookwood's 35-25 win against Parkview Friday night. A South victory over the Rams would have ended the Rams season and secured a playoff spot for the Comets.

“Overall, some things throughout the season didn’t go the way we wanted it to, but to finish 2-2 in this region is still a good feat,” Newton head coach Camiel Grant said. “We still have a lot of work to do.”

The Rams will settle for the Region 4-AAAAAAA No. 3 seed and will travel to play Lowndes next Friday.

The only touchdown of the first half for either team came on South’s opening offensive possession when quarterback Rion White tossed a pick six to five-star defensive back Nyland Green.

White was hit on the play by Newton’s Nolan McCcamy, causing the throw to fall calmly into the hands of Green near the 30-yard line.

After missing a 30-yard field goal later in first quarter, Newton’s Abdiel Velasquez had a chance to redeem himself late in the second quarter with a 40-yard attempt. This time, Velasquez drilled the kick dead center to extend the Rams lead to 10-0.

Shut down on offense for the entire first half, South found some life offensively on its last drive of the second quarter.

Starting on their own 8-yard line, the Comets used a 17-play drive that got them as far as the Newton 12 before lining up for a short field goal attempt with seven seconds remaining.

A bad hold, however, resulted in a low line drive kick that was blocked by Newton, sending the game into halftime with the lead still 10-0 in favor of the Rams.

Despite South’s failure to score, their momentum carried over into the second half.

Armond Anderson opened up the second half with a long kick return, and the South offense took advantage with a quick 17-yard touchdown run from White on a zone read to trip Newton’s lead to 10-7.

The South defense answered with a quick three-and-out from the Newton offense and gashed the hosts with another long play to get the Comets back into Newton territory.

South was eventually stopped, but a 31-yard field goal Parwez Tanha knotted the game at 10-all with 5:51 remaining in the third quarter.

Both teams had opportunities to take the lead before Newton eventually did with Martin’s touchdown pass to Greene with 7:42 left in the fourth.

Newton’s scoring drive was started with a 20-yard run from Martin before hitting Greene for the score on third-and-9. Again Martin scrambled before electing to let the ball fly down the left sideline.

“I was praying (A.J.) was going to catch it,” Martin said. “He told me that if he didn’t catch it, he was going to quit. He caught it and it felt really good.”

The Newton defense once again put together a great game in holding South to just one touchdown. Justin Benton led the way with several tackles for a loss.