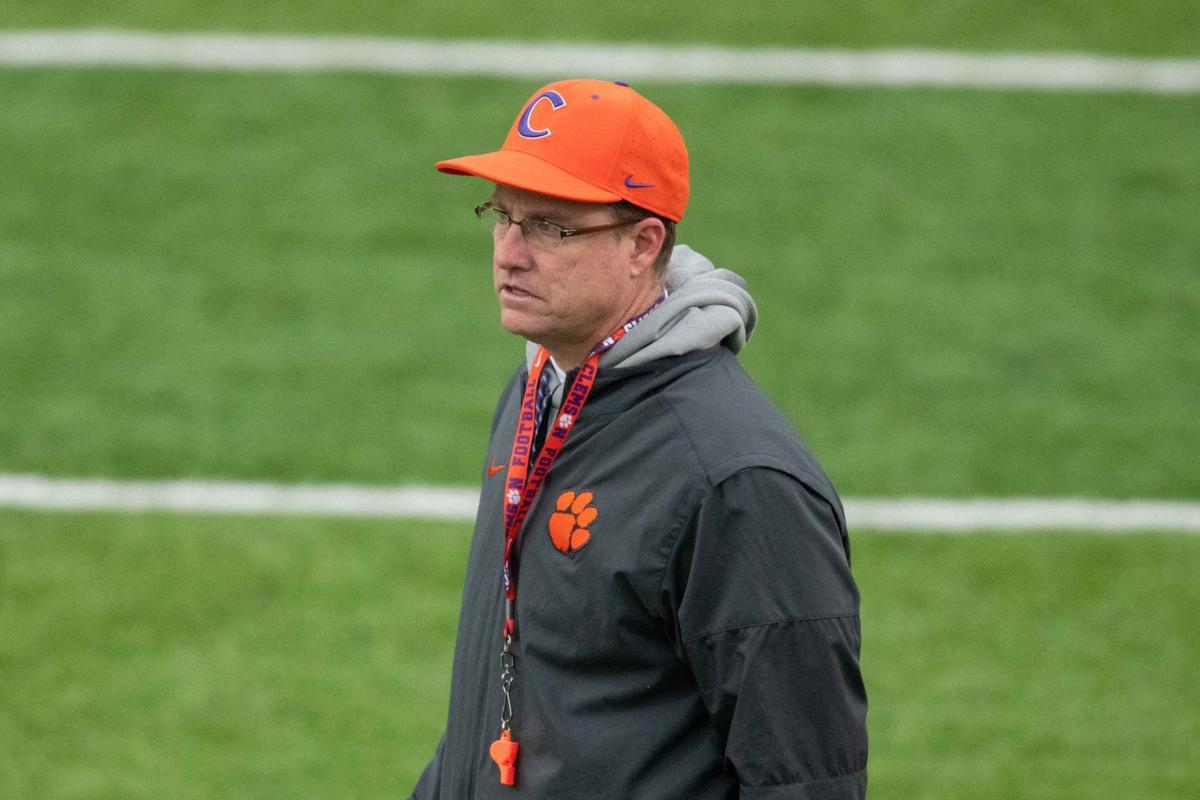 Former South Gwinnett football player and Grayson head coach Mickey Conn, walks the sidelines during a game in his current job as safeties coach at Clemson University. Conn is part of the 2019 induction class for the Gwinnett County Sports Hall of Fame. 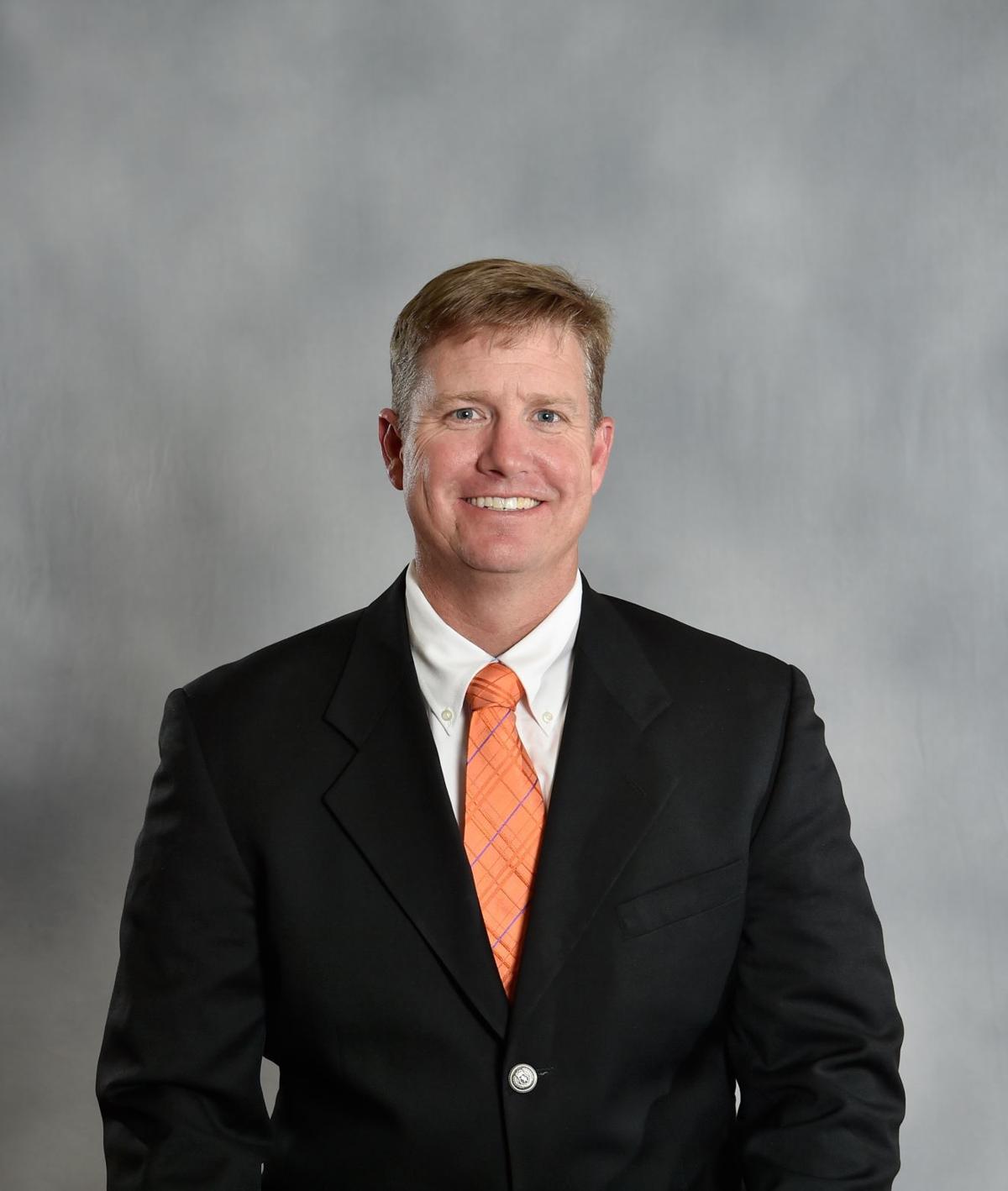 Former South Gwinnett player and Grayson head coach Mickey Conn, currently safeties coach at Clemson University, will be one of six people inducted into the Gwinnett County Sports Hall of Fame on May 1.

Former South Gwinnett football player and Grayson head coach Mickey Conn, walks the sidelines during a game in his current job as safeties coach at Clemson University. Conn is part of the 2019 induction class for the Gwinnett County Sports Hall of Fame.

Former South Gwinnett player and Grayson head coach Mickey Conn, currently safeties coach at Clemson University, will be one of six people inducted into the Gwinnett County Sports Hall of Fame on May 1.

If there is one thing Mickey Conn appreciates, it’s a story of an individual overcoming overwhelming, or at least unlikely, odds.

“The underdog role has always been my deal,” said the Snellville native and now safeties coach on the staff of Clemson’s football program, who is among six members of the 2019 class to be inducted into the Gwinnett County Sports Hall of Fame on May 1 at Sonesta Gwinnett Place.

It may seem odd for someone like Conn to be called an underdog. He was a two-time All-County football player at South Gwinnett High School who went on to play in college for a national championship team at Alabama, and came back home to Gwinnett County to start the program at Grayson and lead the Rams to a state championship. He then joined a Clemson program that has won two national titles as an underdog.

But consider the path Conn has taken to those accomplishments.

Even by standards of the day, Conn didn’t exactly fit the profile of a major Division I college football player, even though he was an All-County running back and defensive back during his junior and senior seasons at South from 1988-89.

Yet that didn’t deter him when he decided he wanted to fulfill a lifelong dream to play at Alabama, though it did force him to toil as a non-scholarship walk-on player for Coach Gene Stallings’ program.

“I figured with my size and speed that probably the only way I’d make it at Alabama would be to walk-on,” Conn recalled. “l never doubted my ability to do it once I got there. That’s kind of been my story of my whole career. I know that once I get the opportunity that I was going to take advantage of it, and I knew that I could play the game.

“I knew numbers-wise, I knew what people were looking for — 6-foot-2, 215 pounds — and I was never going to be that. But I knew the game, and I understood how to play within my ability, and I knew that if Coach Stallings ever gave me an opportunity that I would make plays once I got there.”

Sure enough, Conn did what it took to thrive as a three-year letterwinner, who not only played for the Crimson Tide’s 1992 national championship team, but also won the program’s Paul “Bear” Bryant Best Walk-On award, and eventually earned a scholarship.

Likewise, the beginning of his coaching career seems a bit unlikely in retrospect.

After serving as a graduate assistant at Alabama for two more seasons and then coming back to his other alma mater to coach running backs at South for another two years, another seemingly unlikely opportunity arose when the then-new Grayson High School was opening up and needed a head coach.

While administration at a new school might be more inclined to look to a coach with more experience to guide a brand-new program staring from scratch, Conn had two very important advocates who knew him and believed in him at the time.

“(Grayson’s first principal) Dr. (Michael) Moody — he’s the only principal in the whole county that would’ve given me that opportunity. That’s kind of how God works it out,” Conn said. “He was a middle school principal, and my mother (Paula) worked for him at Snellville Middle School. … So he kind of saw the journey that I went through as a player and just believed in my work ethic and that I would (succeed) as a coach.

“I will say this, though. Steve Spellman (Conn’s head coach at South through his junior season) was the athletic director of the county at the time, and I think he supported Dr. Moody in his decision. It helps to have the right people in place to give you that opportunity. When you don’t have the numbers or the name that some other people have, you have to know the right people — people that had seen me work and achieve things.”

For the next 16 years, Conn proved the faith of Moody and Spellman well founded, quickly building the Rams from a fledgling program to a state powerhouse that won seven region championships, as well as the 2011 Class AAAAAA state title, and placing numerous players into college programs.

It was a career he was quite happy with and was ready to keep on doing until another unlikely opportunity came his way, courtesy of another old friend.

“To be honest, I was really happy at Grayson when Dabo called,” Conn said of his former Alabama teammate and now Clemson head coach Dabo Swinney. “It was a dream of mine early in my career, … I wanted to be a college football coach. I felt passionate about college football. But man, when I got into high school (coaching). I loved it. I loved the players. I wanted to have an impact on them. That was my ultimate goal — to have in impact on the players I coached.

“I felt like the platform Coach Swinney has here at Clemson, if I could be a part of it to help him, because it’s such a big platform, … I wanted to be a part of that and help serve him. … So when he called, I was prayerful about it before I made the leap. But it’s been a blessing ever since. It was a great decision and a great opportunity for me.”

After first serving in more of an administrative role when first hired by Swinney in 2016, Conn moved back onto the field as safeties coach a year later, and is grateful to be a part of two national championships for the Tigers in his time at Clemson.

And now his impending induction into the Gwinnett County Sports Hall of Fame, mostly about the many people who have helped him along the way, particularly early in the process.

“My dad (Charlie Conn) was my biggest motivator,” Conn said. “He always believed in me and made me feel better than I was. Coach Larry Williamson and Coach Steve Spellman — I had two head coaches while at South Gwinnett — they both motivated me well, and they put in the work and the time to teach me.

“It’s an incredible honor to be inducted into the Gwinnett County (Sports) Hall of Fame. I feel incredibly blessed. It’s just unbelievable.”