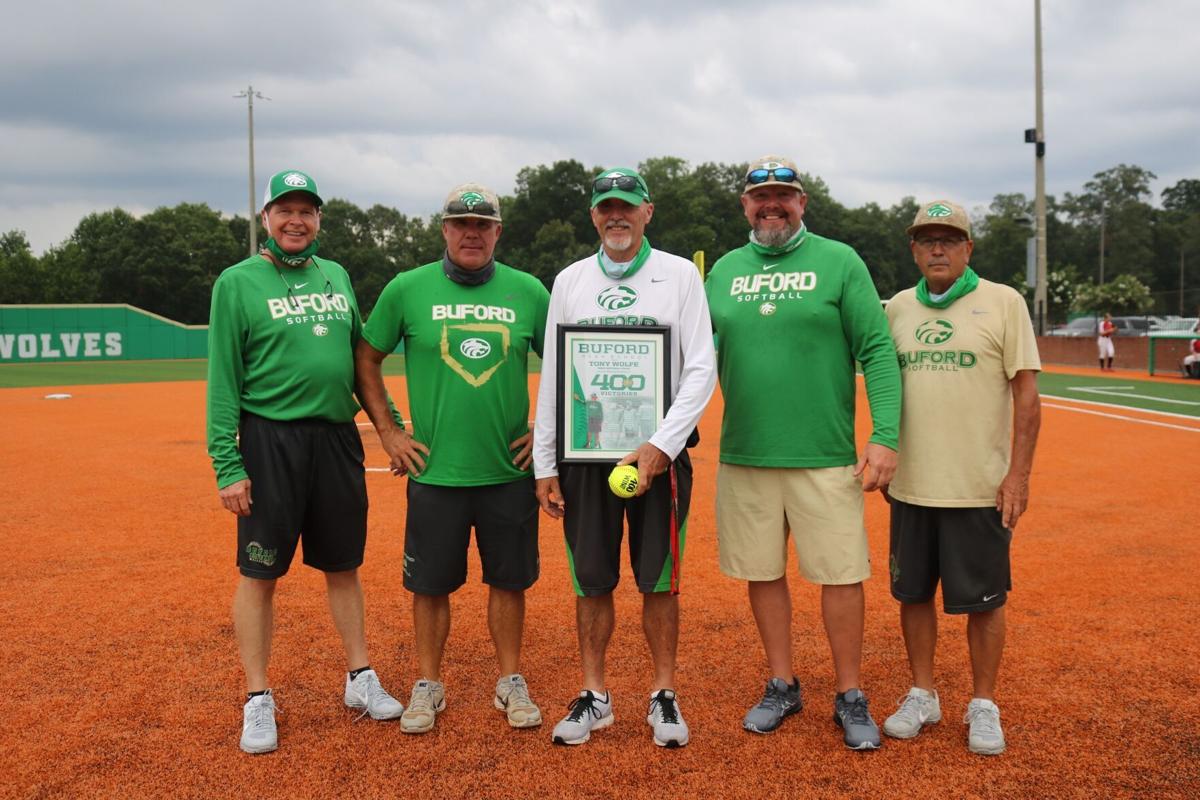 Tony Wolfe, middle, poses for a photo after a celebration for reaching 400 career softball wins. Wolfe is retiring from softball and will be replaced by assistant Trent Adams, left of Wolfe. 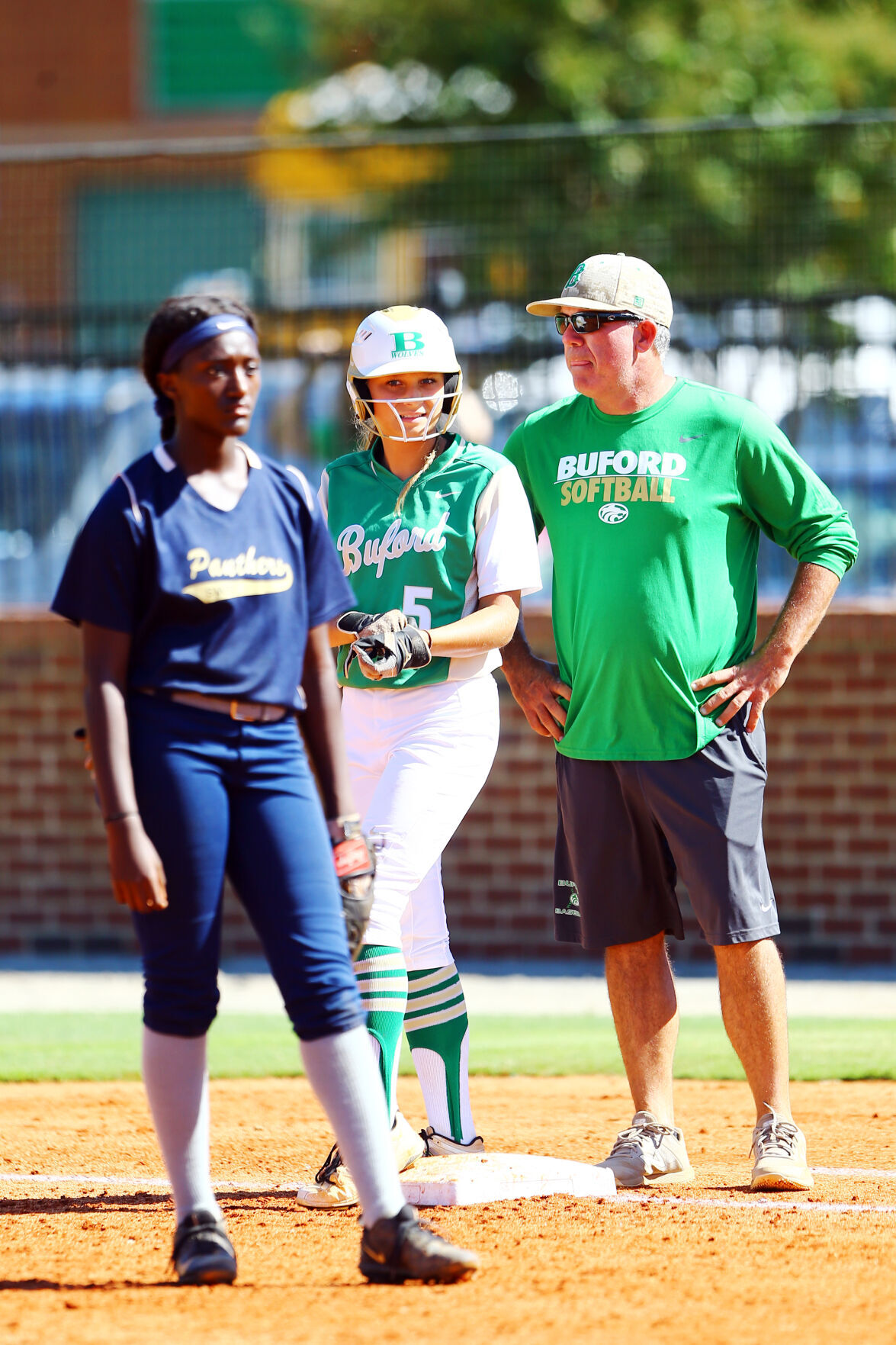 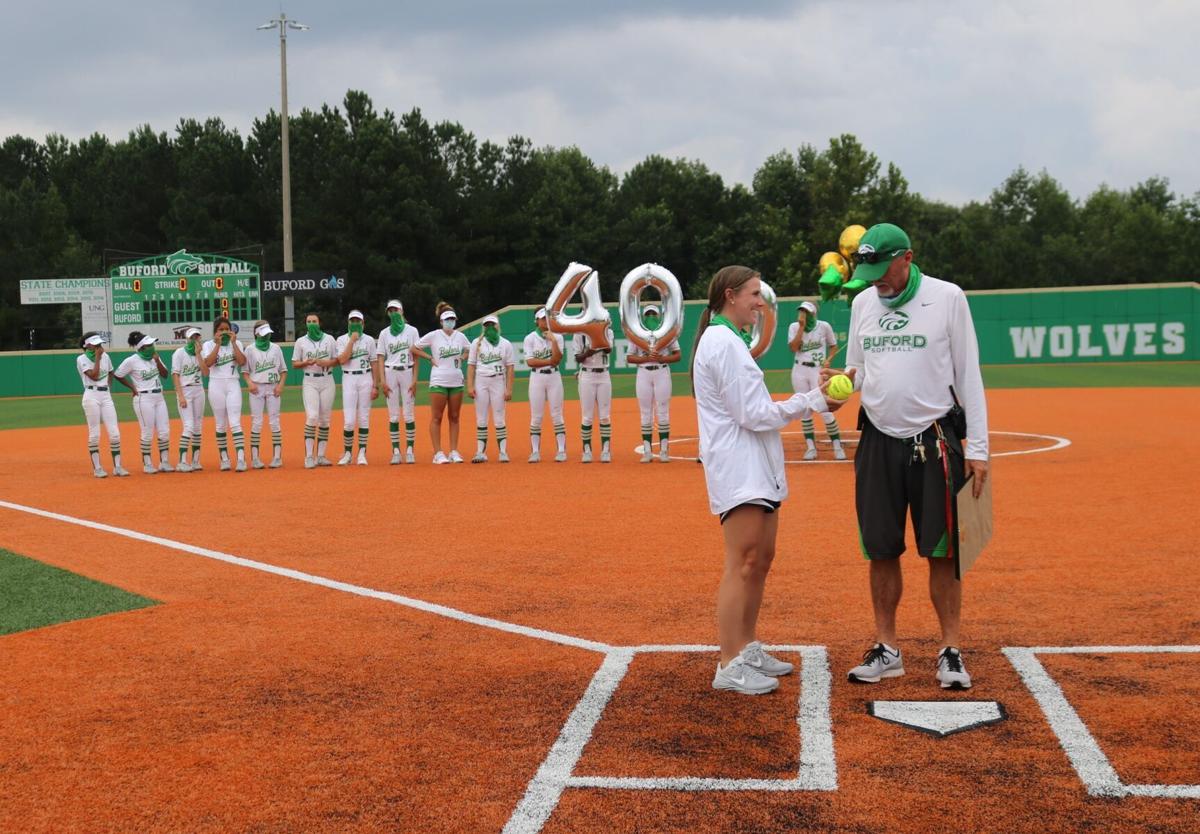 Tony Wolfe, right, during a celebration of his 400th career softball win. 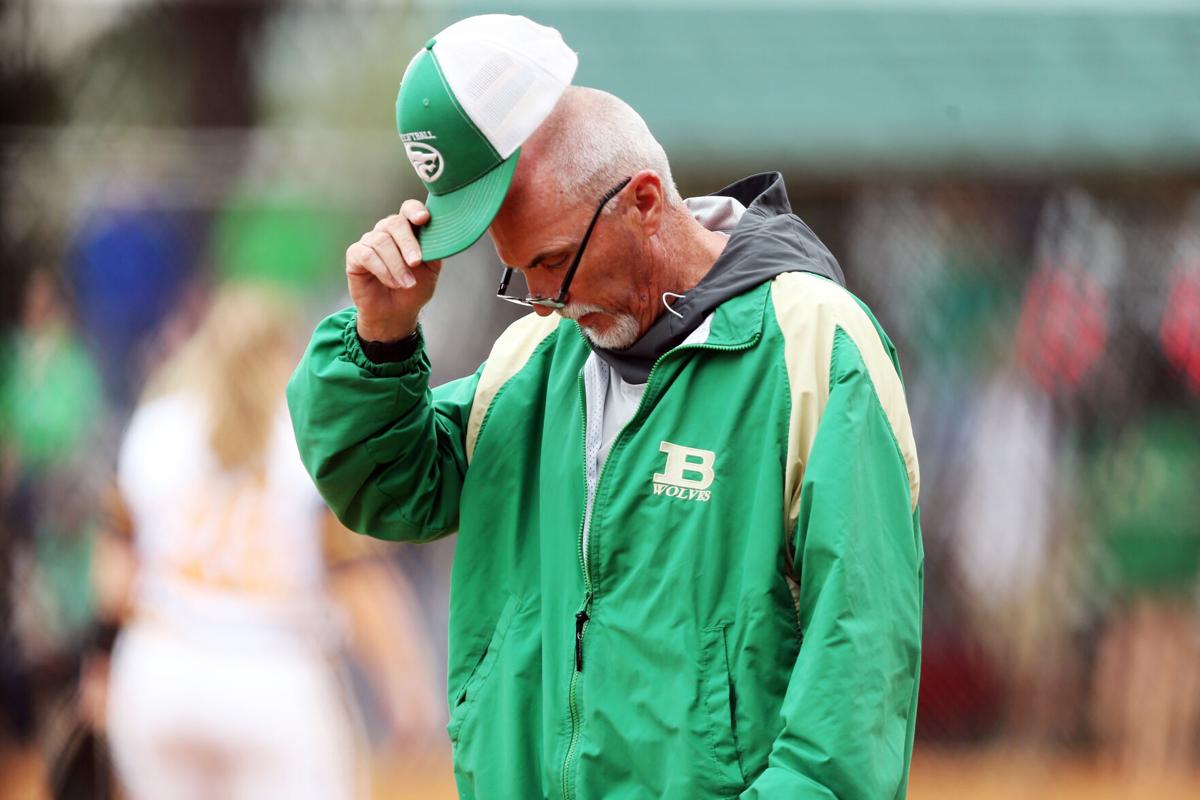 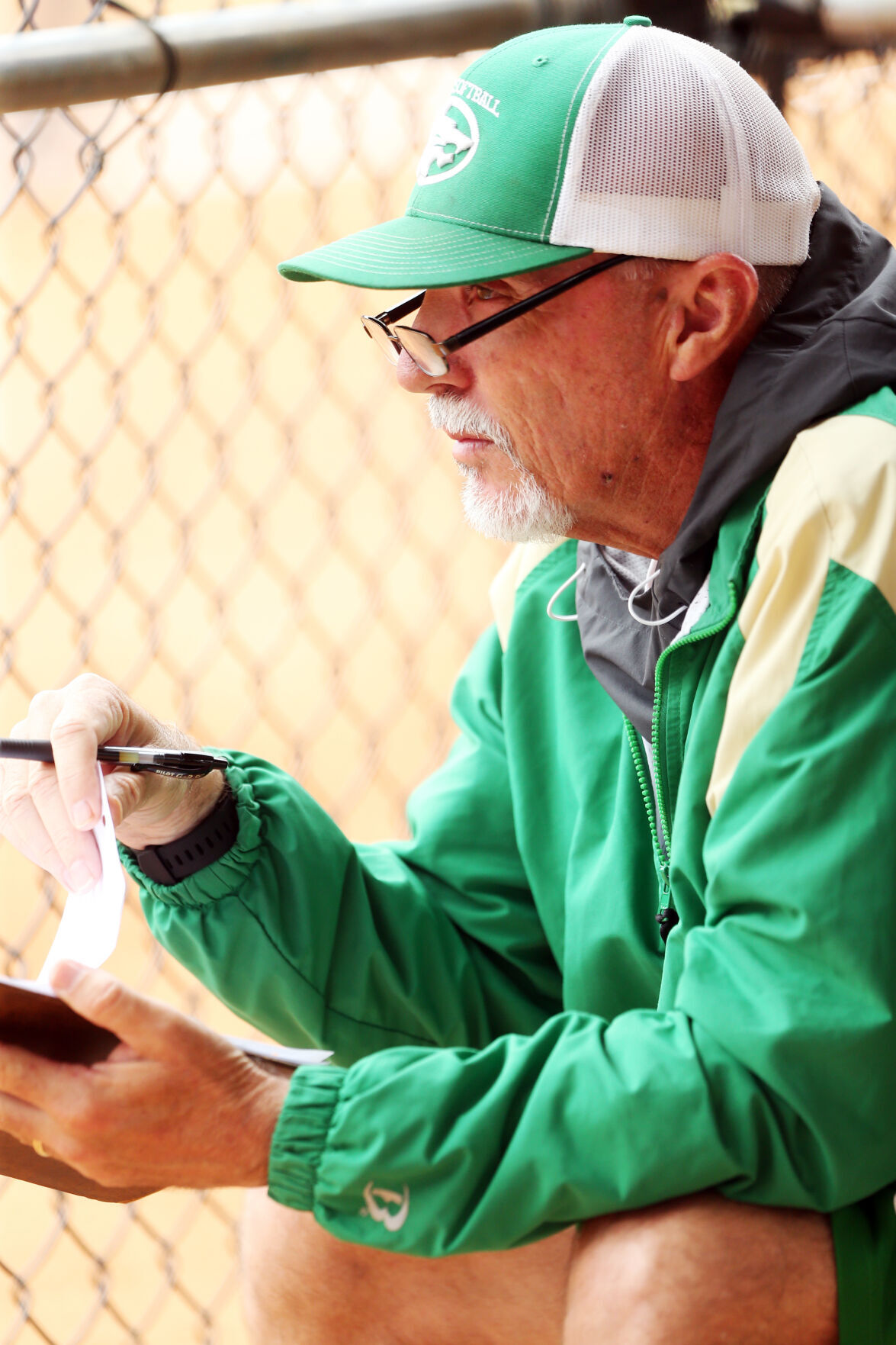 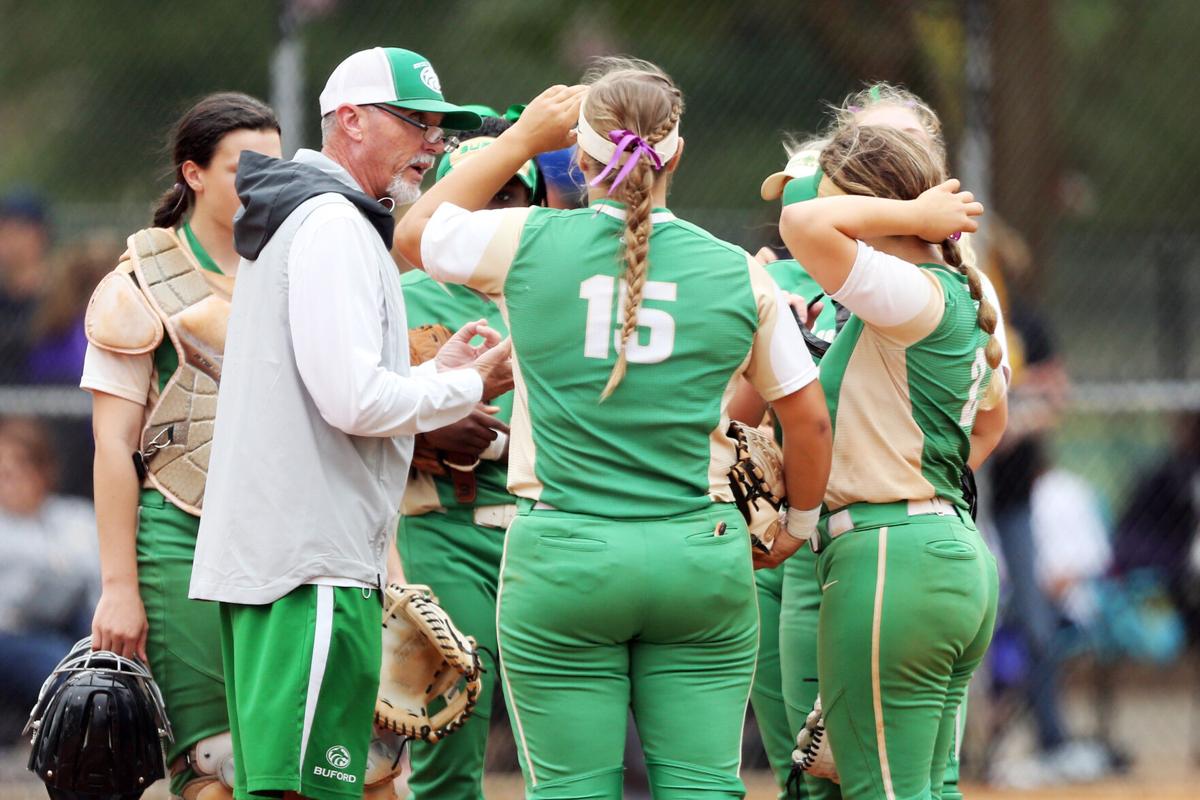 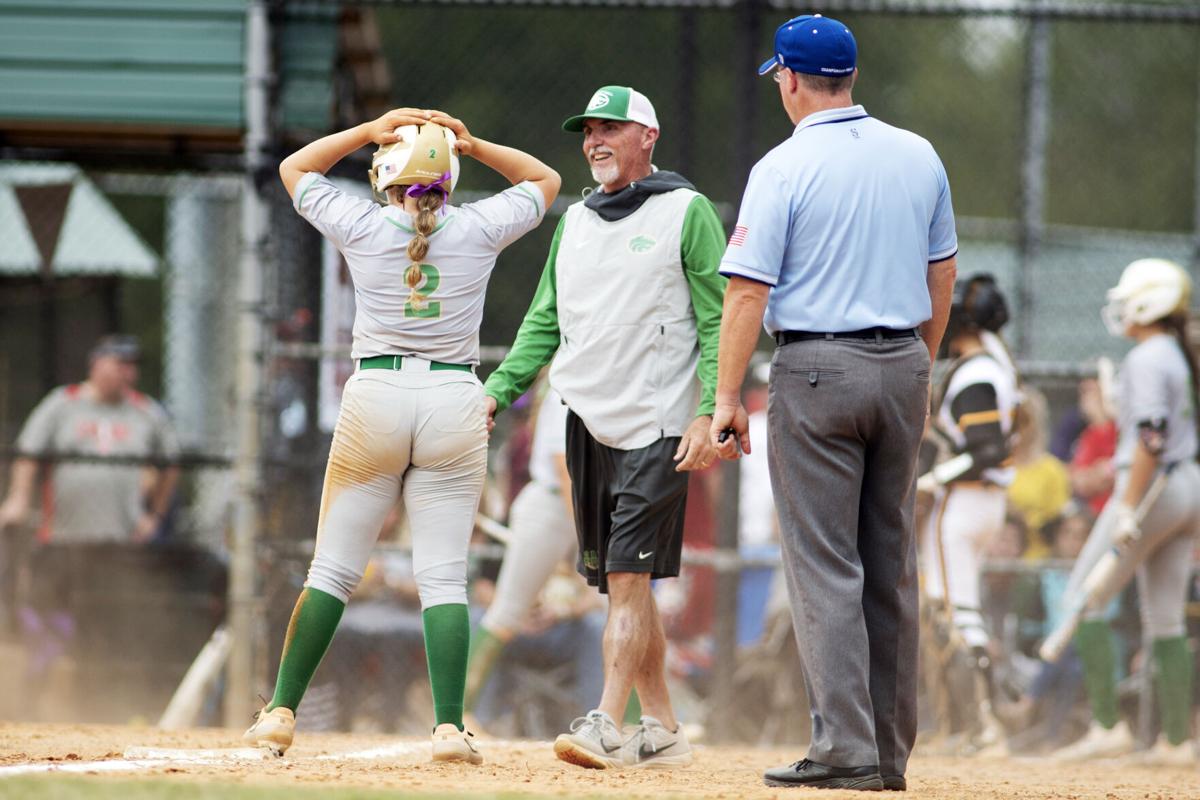 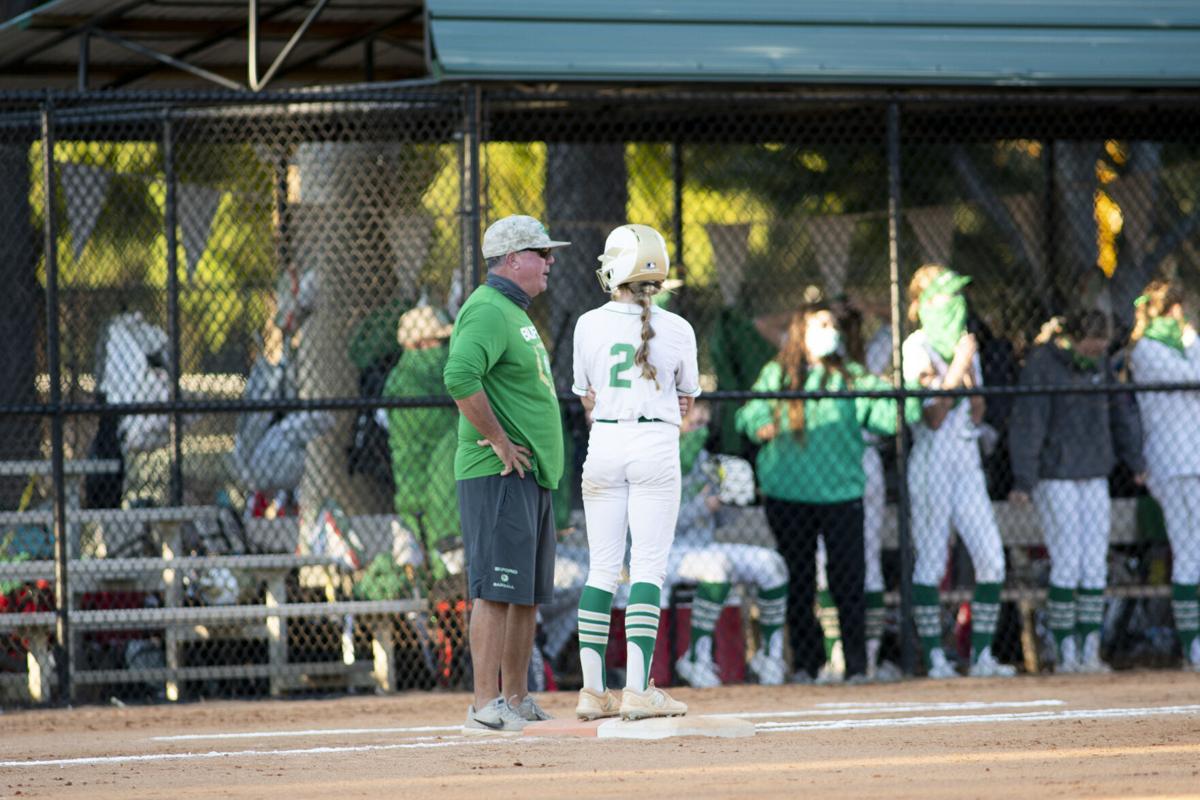 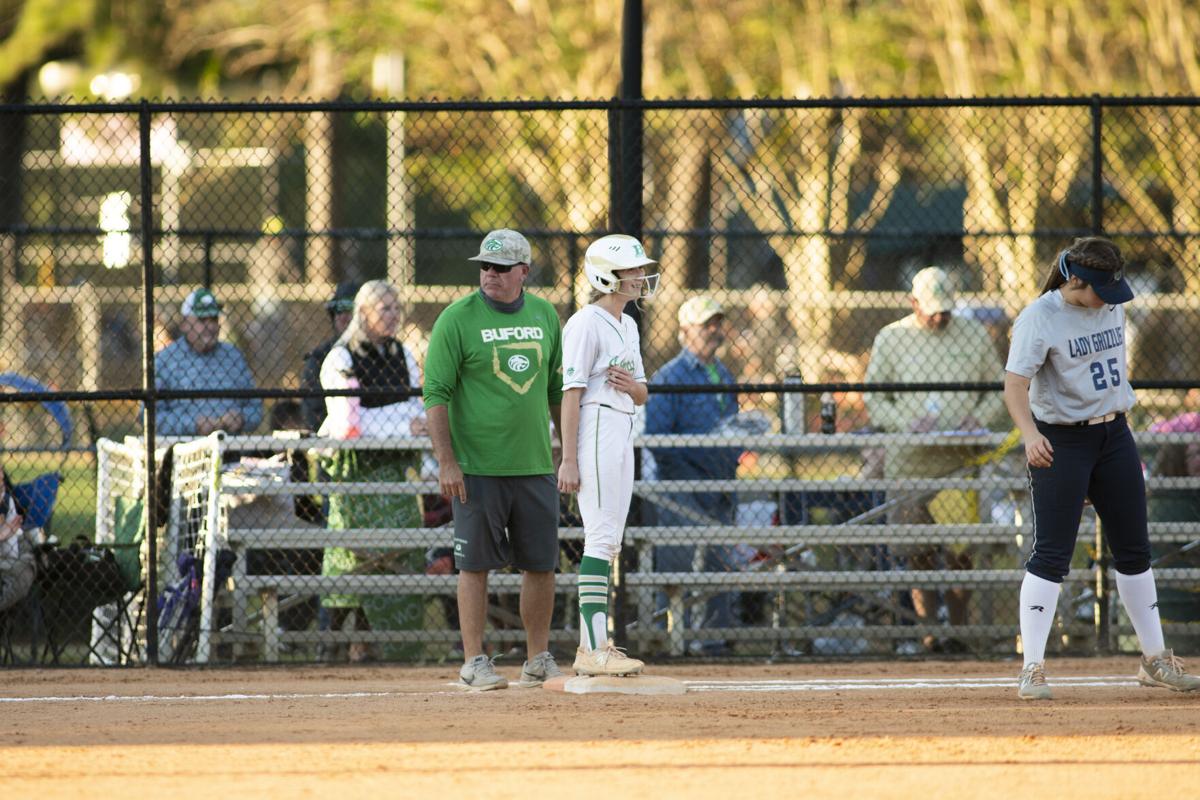 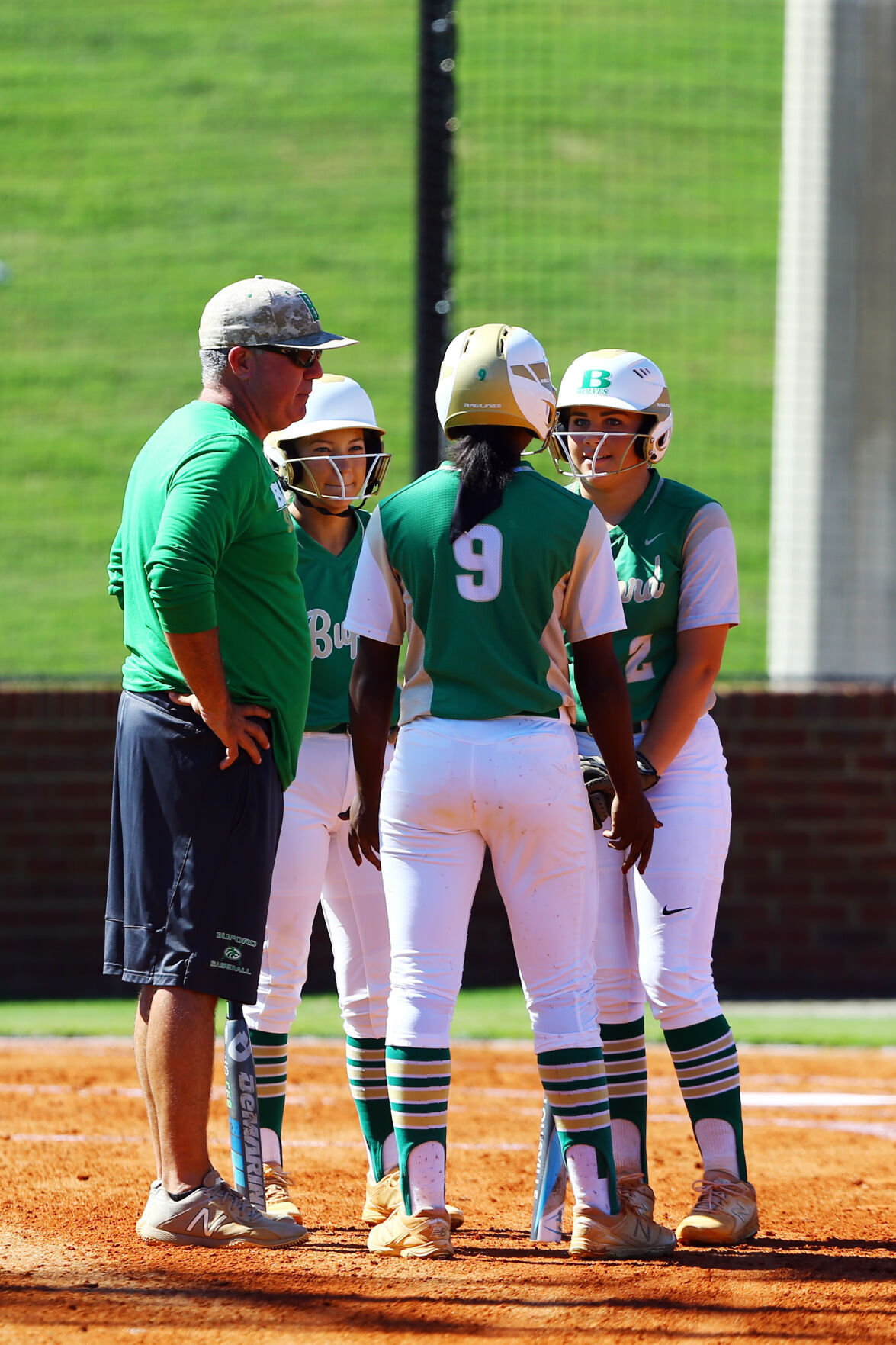 Tony Wolfe, middle, poses for a photo after a celebration for reaching 400 career softball wins. Wolfe is retiring from softball and will be replaced by assistant Trent Adams, left of Wolfe.

Tony Wolfe, right, during a celebration of his 400th career softball win.

The Buford fastpitch softball team found out Wednesday afternoon that there will be a change in leadership for the 2021 season.

Longtime head coach Tony Wolfe announced his retirement from softball to focus on his duties as the Wolves’ athletic director, and he will be replaced his one of his assistants, Trent Adams. Adams was previously associate head coach for the softball team under Wolfe.

In 2019, he was inducted into the Georgia Dugout Club Softball Hall of Fame. He spent a number of those seasons pulling double duty as the Wolves’ head baseball coach for 21 seasons.

Wolfe won two more state titles as head baseball coach and had a career baseball coaching record of 441-192. He also was a 2019 inductee into the Georgia Dugout Club Baseball Hall of Fame.

“My heart says keep coaching and my head kind of tells me it’s time (to retire),” Wolfe said. “Obviously, being athletic director makes it a little more difficult to be a coach. Being an athletic director in a COVID year, there were times when I was late to practice or missed practice altogether because of COVID or contact tracing. Our kids deserve more than that. And honestly, I’m 61. I know all of you think I’m 41, but I feel 81 sometimes. It’s harder to do everything.

“And quite frankly, Trent Adams is ready. I’m just so sure it’s his time to shine and bring an energy. He was with me my last 10 baseball seasons and all 14 softball seasons and he brings such a wealth of knowledge and energy. I personally think he’s the best softball coach in Georgia and I have for years.”

Adams, a native of Lumpkin County, has spent his entire coaching career at Buford. In additional to his softball duties, he is the lead assistant for head coach Stuart Chester and the Wolves’ baseball program. In both sports, the former Truett-McConnell baseball player specializes in his work on pitching and defense.

While Buford’s softball players were sad about Wolfe’s retirement, they were excited their new coach is a familiar one.

Adams’ two children are Buford grads, including a daughter who played in the softball program.

The new coach doesn’t plan major changes from a program that has found a formula for prosperity.

“With Tony, being there so many years and being around him, I feel like learned from him there’s more to softball than ball games, it’s about building relationships and those things,” Adams said.

With softball off his schedule, Wolfe can focus more on his role as Buford’s athletic director. But he will miss the coaching aspect, too.