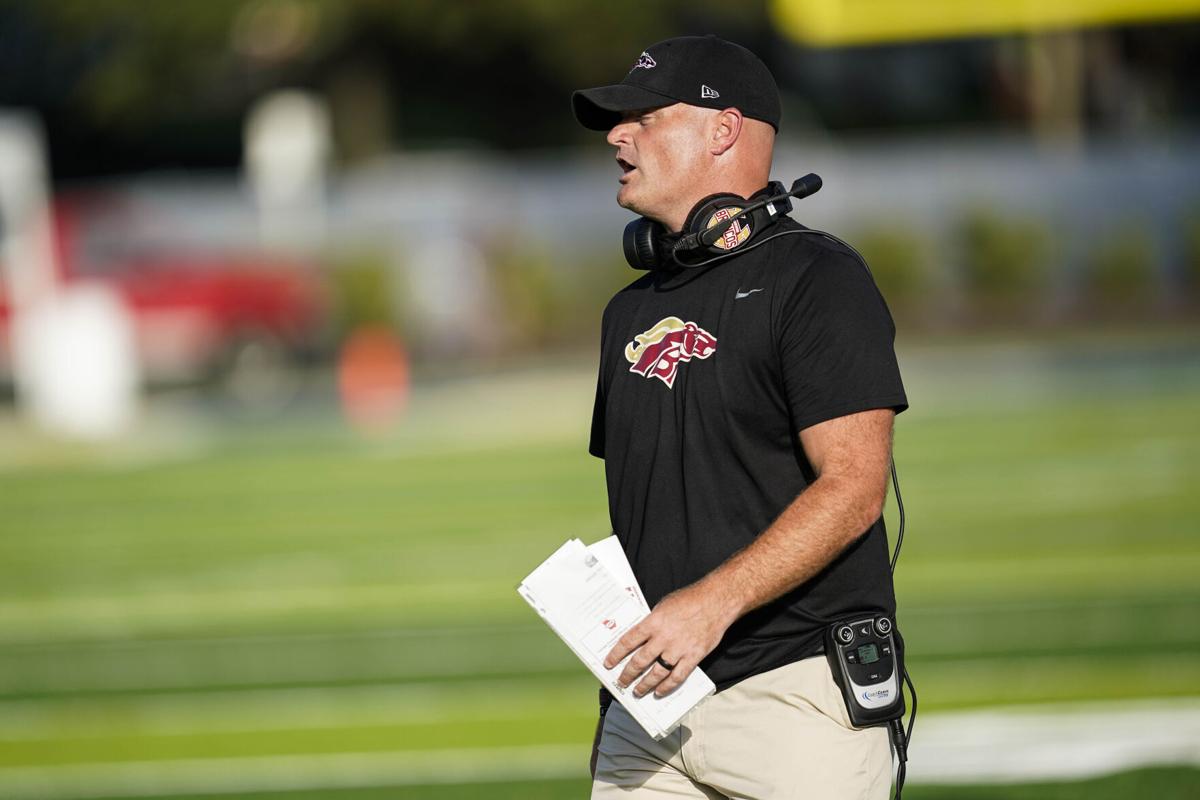 Scenes from the Brookwood versus Dacula game during Thursday’s game in the Corky Kell Classic at Dacula. Photo: Dale Zanine 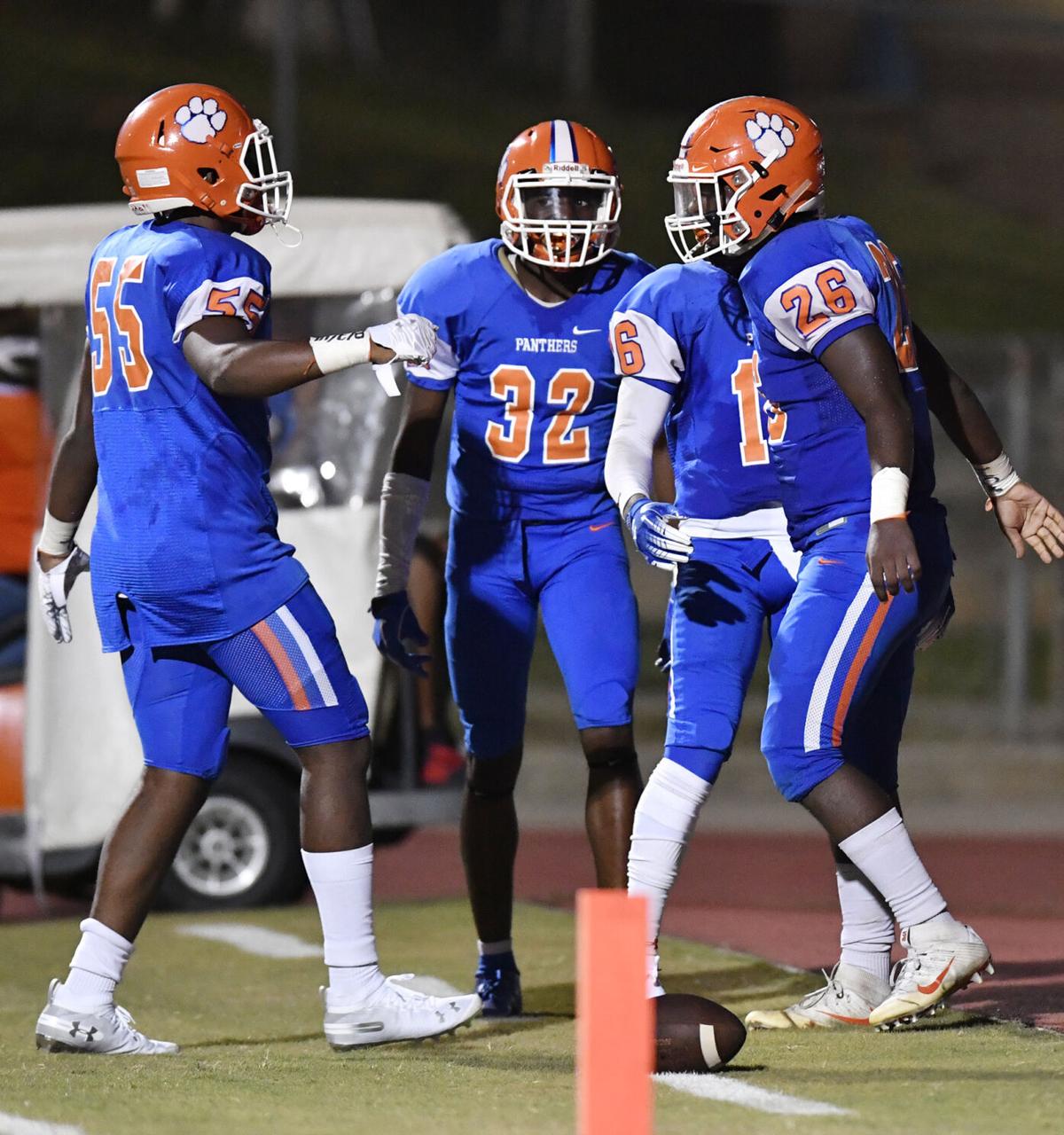 First, as a young child when his father coached at Brookwood. Then he played in it as a Broncos linemen, and later played the role of both assistant coach and head coach at his alma mater.

His perspective Friday night, when Brookwood hosts Parkview in a critical Region 4-AAAAAAA game, will be unlike any other, though.

The Broncos' head coach is in COVID-19 quarantine after his daughter recently tested positive, so he plans to watch the game from his house and communicate as much as he can through a Zoom call with an assistant in the press box. He endured the same scenario last Friday when the Broncos won a 29-28 thriller with South Gwinnett.

"It was bizarre," said Jones said of watching the game from home last week. "I was able to give a little bit on input, give my thoughts between a series and at halftime, but not in real time."

The setup had an impact when Brookwood's coaches in charge gambled on a fake punt around midfield on fourth-and-9 against South. Dan Le-Hernandez turned it into a first down, and Jones admitted he probably have punted it away.

Le-Hernandez later made a game-winning field goal in the 29-28 win, capping an intense comeback that Jones watched remotely with defensive coordinator Jason Tester taking over as interim head coach.

The Broncos trailed 28-13 entering the fourth quarter, but rallied for 16 unanswered points — a 45-yard touchdown pass from Dylan Lonergan to Stone Bonner, a 1-yard TD run by Lonergan and Le-Hernandez's 25-yard field goal with 13 seconds remaining.

"We’ve made a pattern of that this year," Jones said. "Like I told our coaches on Sunday, our kids show incredible mental toughness and grit to battle back in the second half of a lot of these games. They did it against Dacula. They did it against Walton. We kind of just kept grinding out a win against Marietta.

"Even against Newton, we were down 21-2, and got back within striking distance in the fourth quarter. We seem to have a pattern that our kids are fighters. I'm really proud of their character. I’d like to get the fact we’ve fallen in a hole corrected. But I'm super proud of them. They had plenty of chances to lose the game and kept fighting."

The victory kept the Broncos, who have been without a number of key injured players recently, in the playoff mix. But the loss at Newton on Oct. 30 could still prove troublesome if they don't beat Parkview.

The Panthers, coming off a bye, can lock up the region's No. 2 seed and a home playoff game with a win. Brookwood could earn the coveted No. 2 seed with a win, but it also could find itself on the wrong side of a tiebreaker if South beats Newton on Friday.

"We could win and be the two (seed) or we could lose and be out in a tiebreaker," said Jones, who is clear to rejoin his team Wednesday.

Brookwood gave up a 200-yard rushing night to South's Khoreem Miller last Friday, which is concerning with Parkview's powerful ground game. The Panthers' Cody Brown and Tyler Curtis are one of the state's top backfield tandems, and the Tennessee-bound Brown comes in fresh after getting some rest in recent weeks leading up to the bye.

"With Cody and Tyler and their offensive line, it starts with them," Jones said. "They’ve built their offense around those guys this year. They're not quite throwing it around as much as they have in the past, but they don't have to. They’re really physical and they make you pay if you don’t fit the run right and if you’re not physical. We've got to do both those things well, better than we did against South Gwinnett."

Parkview almost lost to South in its most recent game, too. It held a lead until South rallied to force overtime, then emerged victorious in the extra period.

It capped an uneven stretch in region play that included an impressive 35-7 win over Newton and a 47-7 loss to Grayson.

Unlike the Broncos, Parkview controls its own destiny for the No. 2 seed.

Last week: Had a bye