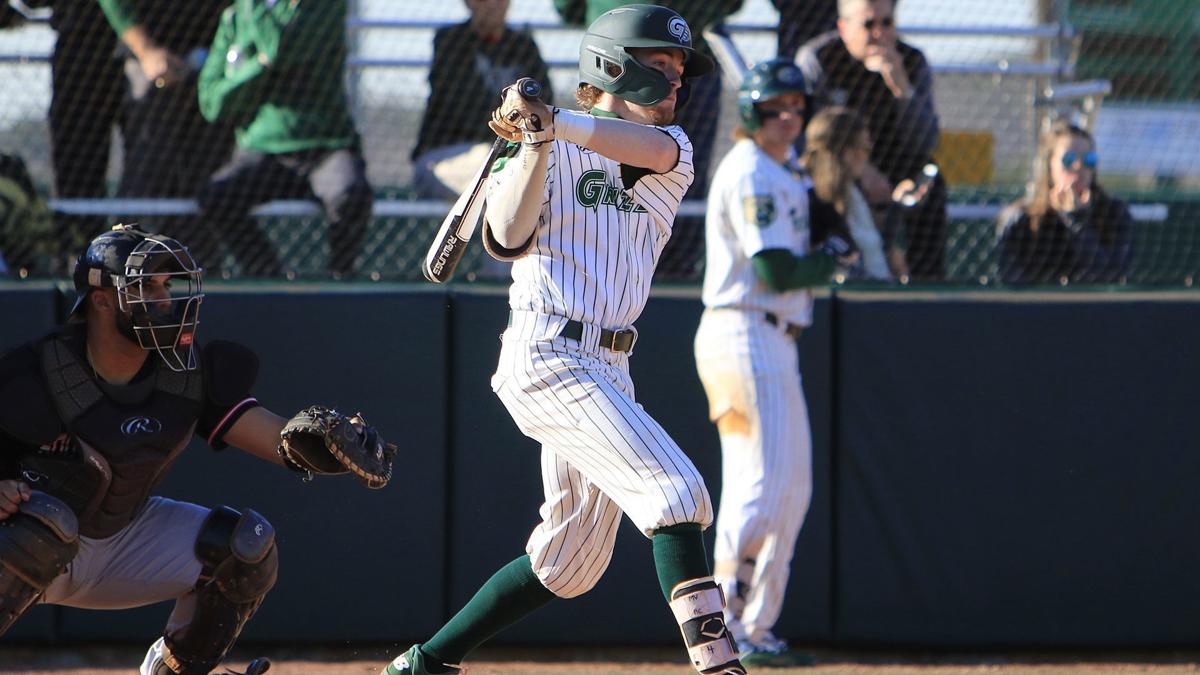 Georgia Gwinnett second baseball and Lanier grad Cam Coursey was selected by the Arizona Diamondbacks in the 13th round of the 2019 Major League Baseball First-Year Player Draft on Wednesday. 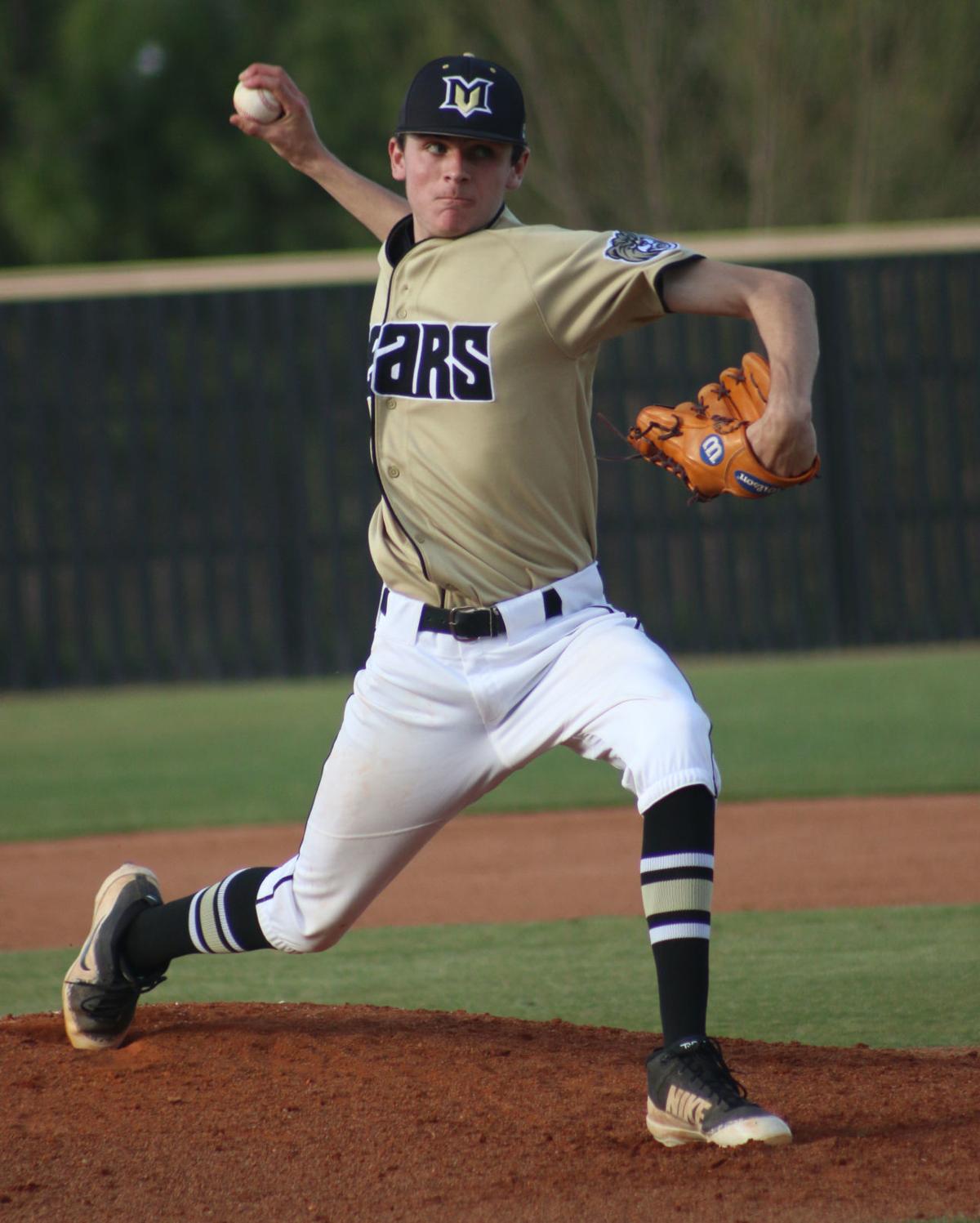 Mountain View pitcher Gavin Collyer was selected by the Texas Rangers in the 12th round of the Major League Baseball First-Year Player Draft on Wednesday. 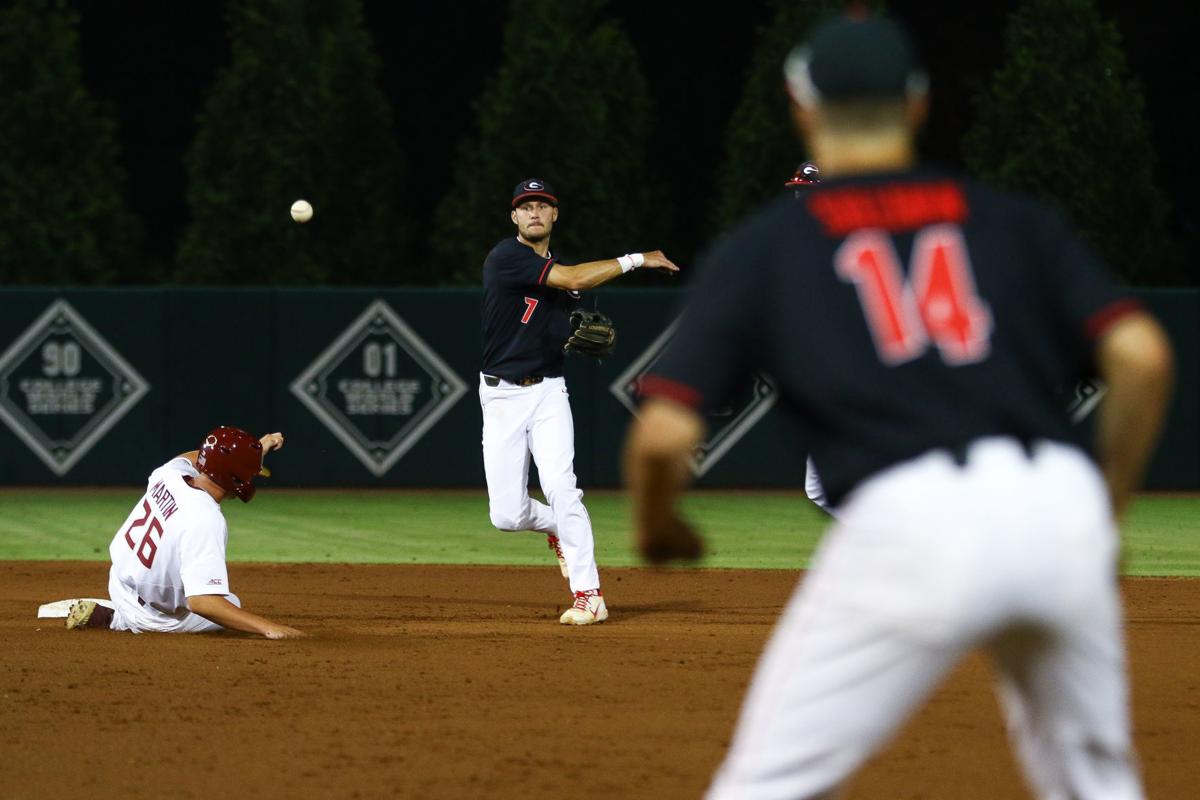 Georgia shortstop and Peachtree Ridge grad Cam Shepherd was selected by the Tampa Bay Rays in the 20th round of the Major League Baseball First-Year Player Draft on Wednesday.

Georgia Gwinnett second baseball and Lanier grad Cam Coursey was selected by the Arizona Diamondbacks in the 13th round of the 2019 Major League Baseball First-Year Player Draft on Wednesday.

Mountain View pitcher Gavin Collyer was selected by the Texas Rangers in the 12th round of the Major League Baseball First-Year Player Draft on Wednesday.

Georgia shortstop and Peachtree Ridge grad Cam Shepherd was selected by the Tampa Bay Rays in the 20th round of the Major League Baseball First-Year Player Draft on Wednesday.

The 2019 edition of the draft came to an end Thursday with 11 more players with county ties hearing their names called, joining the five that were taken during the first two days of selections to bring the total to 16.

That result marks the eighth time the past 10 years there have been at least 10 players with current or past ties to Gwinnett selected in the draft.

Recent Collins Hill grad Nasim Nunez headed up this year’s Gwinnett’s draft class when he was selected with the No. 46 overall pick in the second round by the Miami Marlins on Monday, though Wednesday’s final of selections was the busiest day for Gwinnett.

Recent Mountain View grad Gavin Collyer was the first Gwinnett player off the board when he was taken by the Texas Rangers in the 12th round, which the right-handed pitcher admits took him somewhat by surprise.

“I was shocked, actually, because I was in the car after I worked out with my pitching coach,” Collyer said.

He was probably only surprised at the timing of the call given his pre-draft ranking as the No. 125 prospect, as well as finishing his senior season 4-4 with a 2.27 ERA and 73 strikeouts in 46 1/3 innings.

And Collyer was hardly alone in having strong draft credentials, as Lanier grad and current Georgia Gwinnett standout Cam Coursey quickly followed by being selected in the 13th round by the Arizona Diamondbacks.

Unlike Collier, the sophomore second baseman said his selection didn’t come as much of a surprise at all.

“I had a pretty good idea it might be the Diamondbacks,” said Coursey, who hit .458 with 104 total hits, 66 runs scored and 63 RBIs in helping the Grizzlies to the NAIA World Series, and was Association of Independent Institutions Player of the Year of the second straight season this spring. “I’d met with them a lot throughout the year. I just really tried to stick to what works for me and stick to my approach this year.

“I’ll probably be meeting with (representatives from the Diamondbacks organization) by the end of the week, so we’ll see how it goes. But I’m thrilled. I’m really excited.”

The biggest surprise among Gwinnett’s 2019 draft class might be how far recent Parkview grad Jonathan French fell from his pre-draft ranking of 124.

But despite staying on the board until he was selected by the Cleveland Indians in the 30th round Wednesday, the 6-foot, 200-pound catcher says he isn’t bothered by the turn of events, and in fact, it might make his decision on whether to sign or head to Clemson to play college baseball a little easier.

“I knew that whatever happened, it would mean a good opportunity for me,” said French, who hit .472 with 13 home runs and a Gwinnett-best and Parkview school record 62 RBIs in helping the Panthers to the Class AAAAAAA state title this spring. “Now it’s time to go make some noise at Clemson.”

Another Collins Hill grad in Ole Miss first baseman Cole Zabowskl was picked in the 22nd round by the Detroit Tigers, while Georgia Gwinnett pitcher Matthew Swain went to the Minnesota Twins in the 23rd round and Buford grad and Mercer right-handed pitcher Kevin Coulter went to Cleveland in the 33rd round. South Gwinnett alum Marc Davis, who played at Florida Southwestern, went in the 38th round to the Chicago Cubs.

The selections of King and Zabowski, combined with Nunez and fellow Collins Hill grad and Auburn shortstop Will Holland also means that the entire starting infielders form the Eagles’ 2016 team all were drafted in the same year.

Holland, King and Zabowski were all senior on that team that advanced to the Class AAAAA state quarterfinals, while Nunez was a freshman.