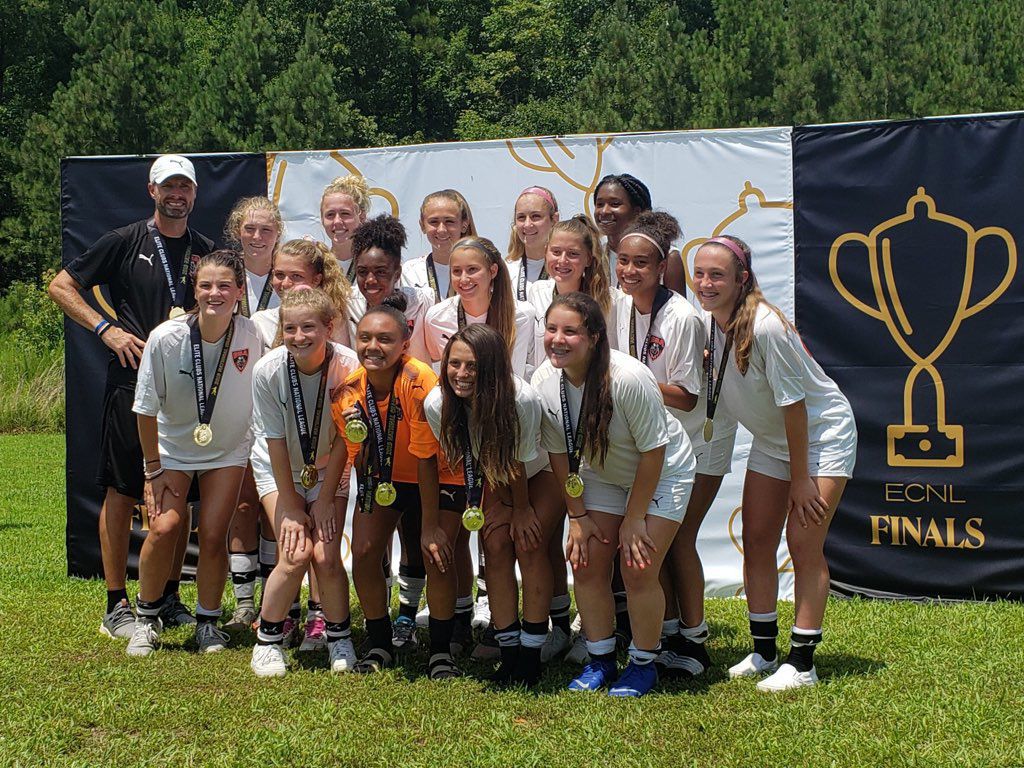 Parkview girls head coach Judson Hamby headed up the GSA team, which qualified for the ECNL National Playoffs in June by being one of the nation’s top 32 girls teams in under-15. GSA won its second ECNL national title — the first was in 2001 — with a 2-0 victory over New Jersey’s PDA Soccer Club in the finals.

“We are super excited for GSA to be taking home this honor,” Hamby said. “The players have done an amazing job of representing GSA now and building the continued success of this tremendous soccer program. It is a hard road to get here and we are blessed to have this great opportunity to be named national champs. This is what players grow up dreaming about and these players and their hard work have made it reality.”

After advancing from group play, GSA won its quarterfinal 3-1 and reached ECNL Final Four in Richmond last weekend. It scored a huge win in the semifinal round, defeating reigning national champion and No. 1-ranked MVLA Soccer Club (Calif.) 2-1.