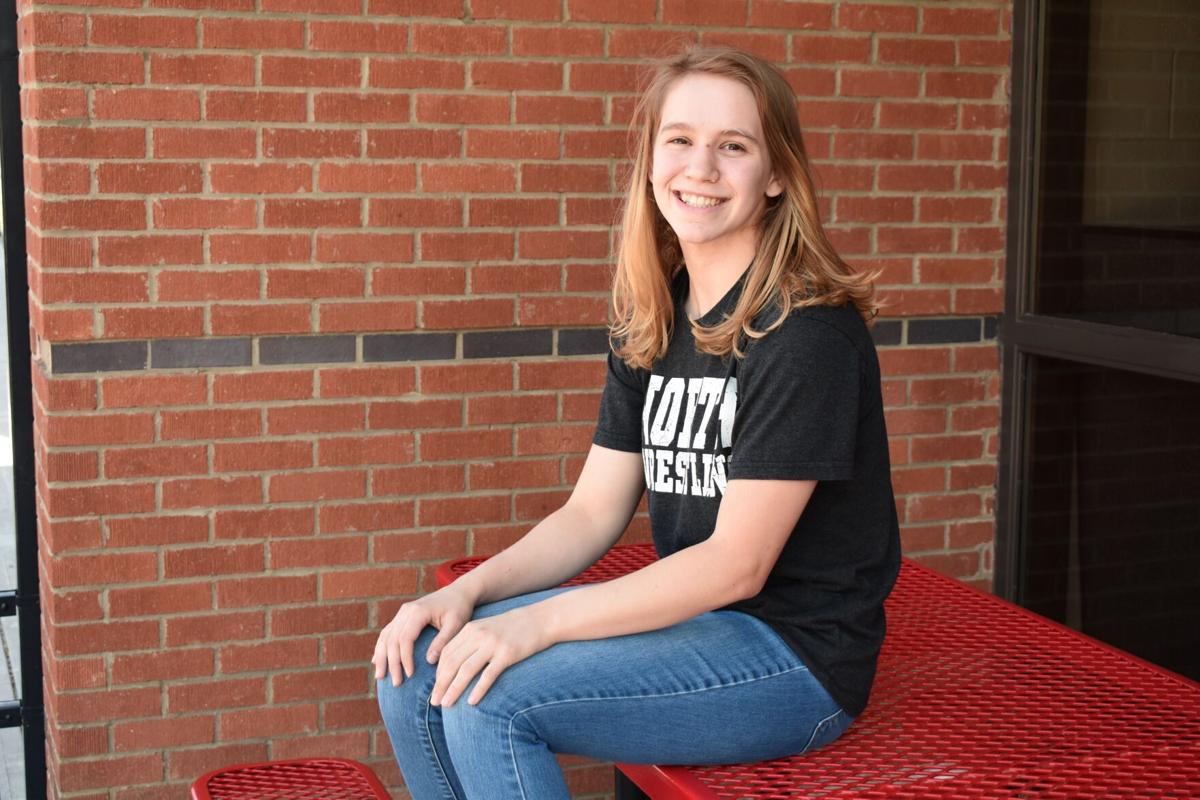 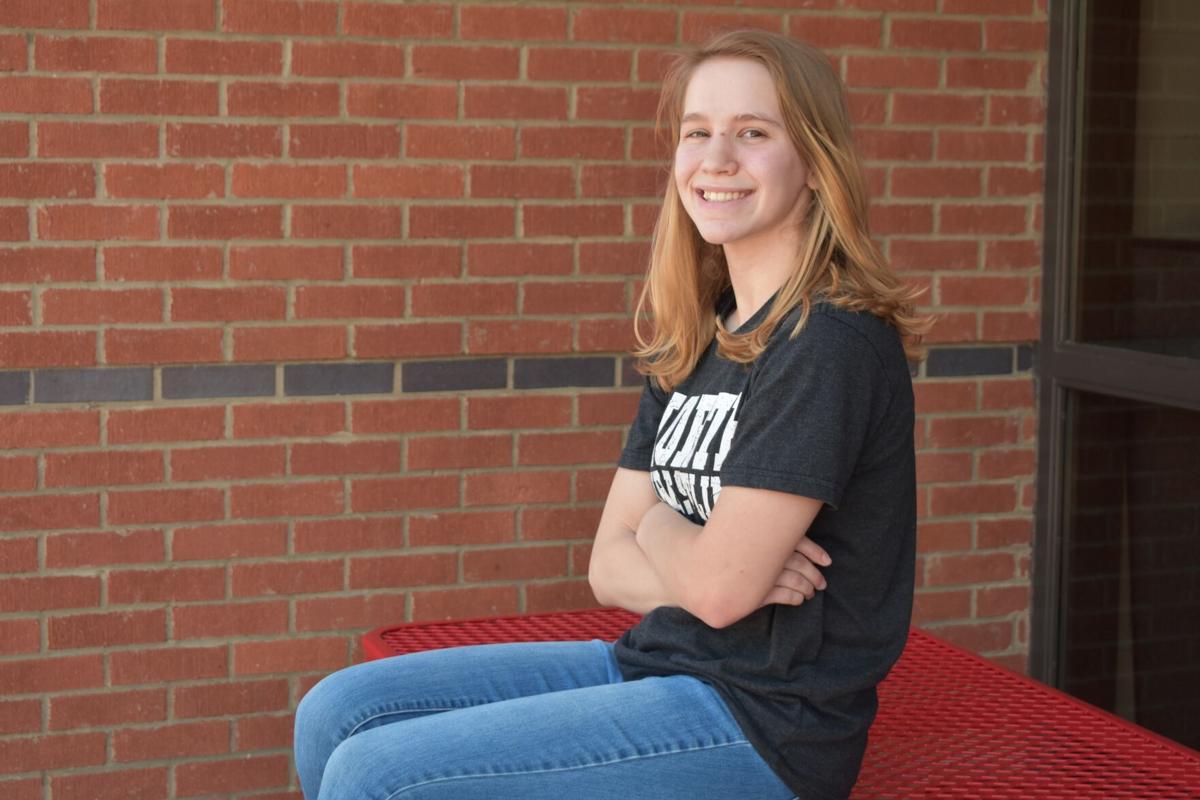 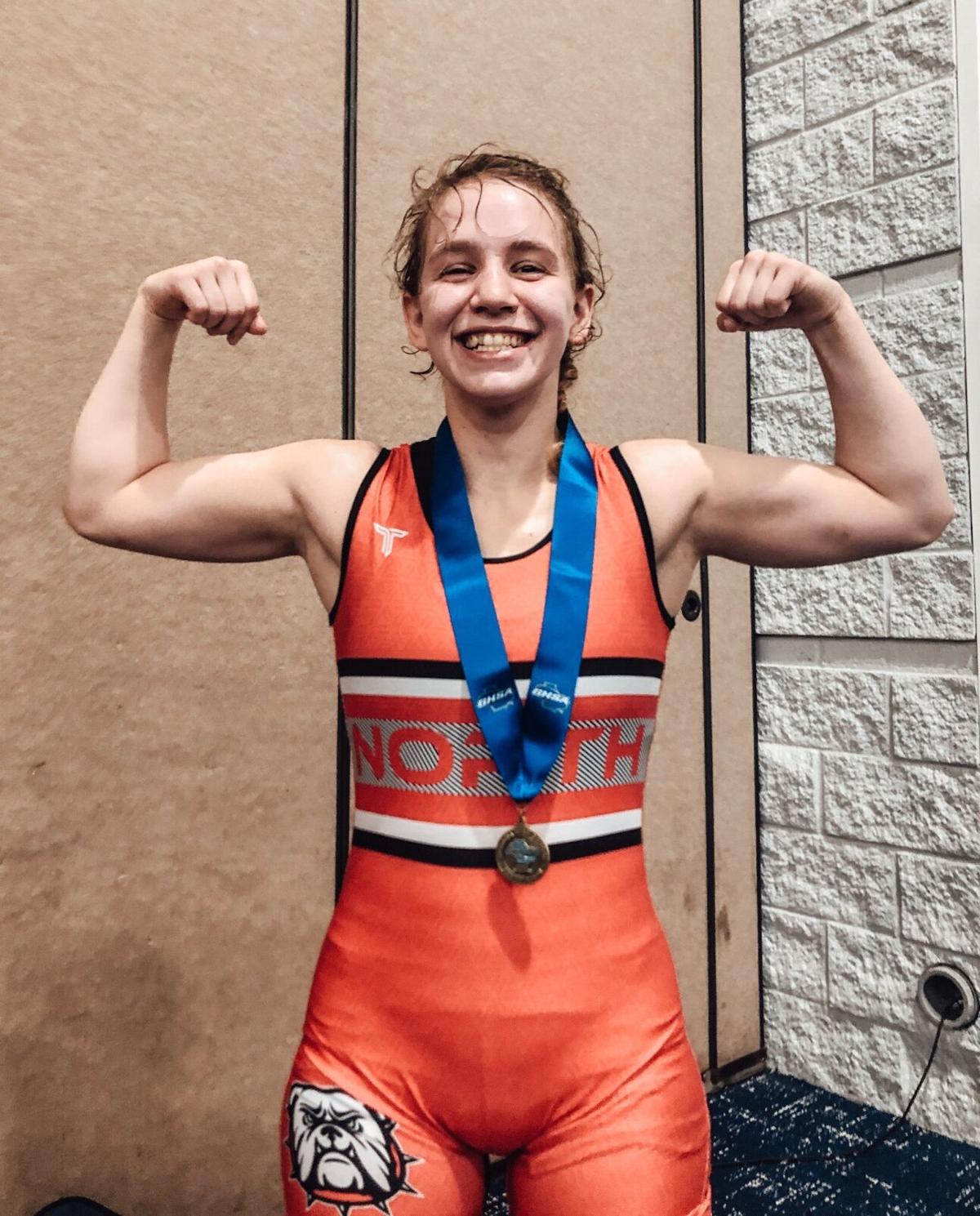 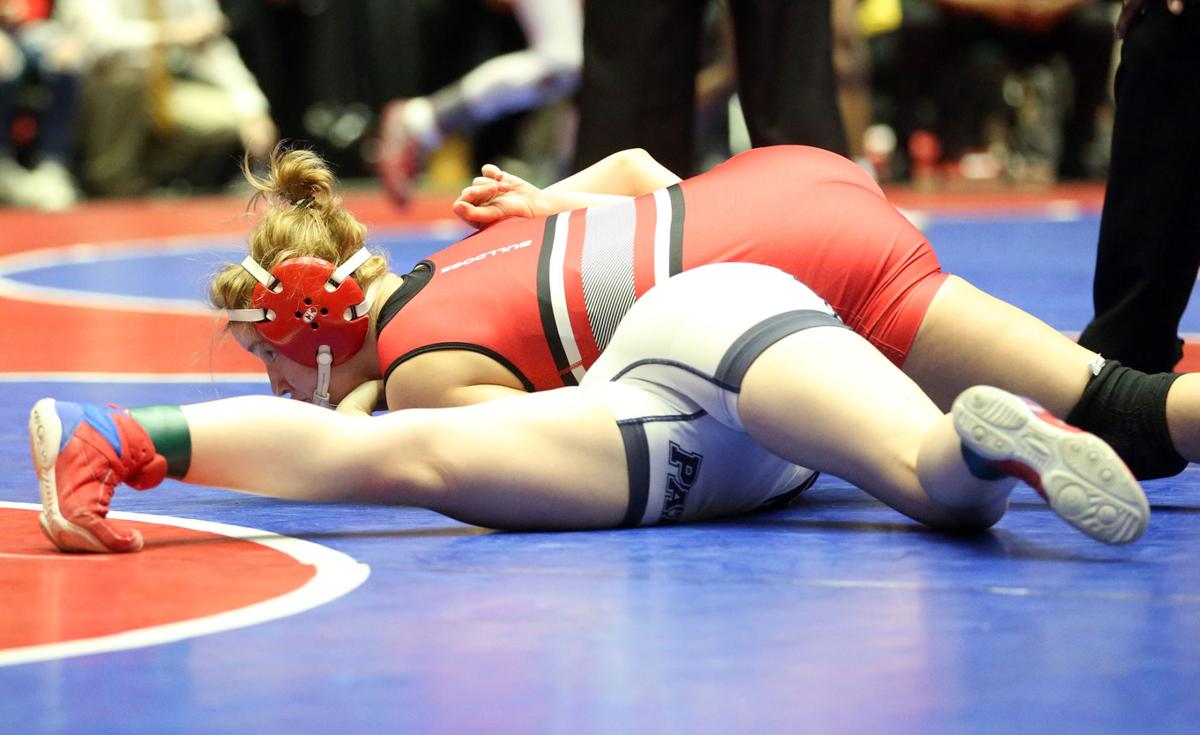 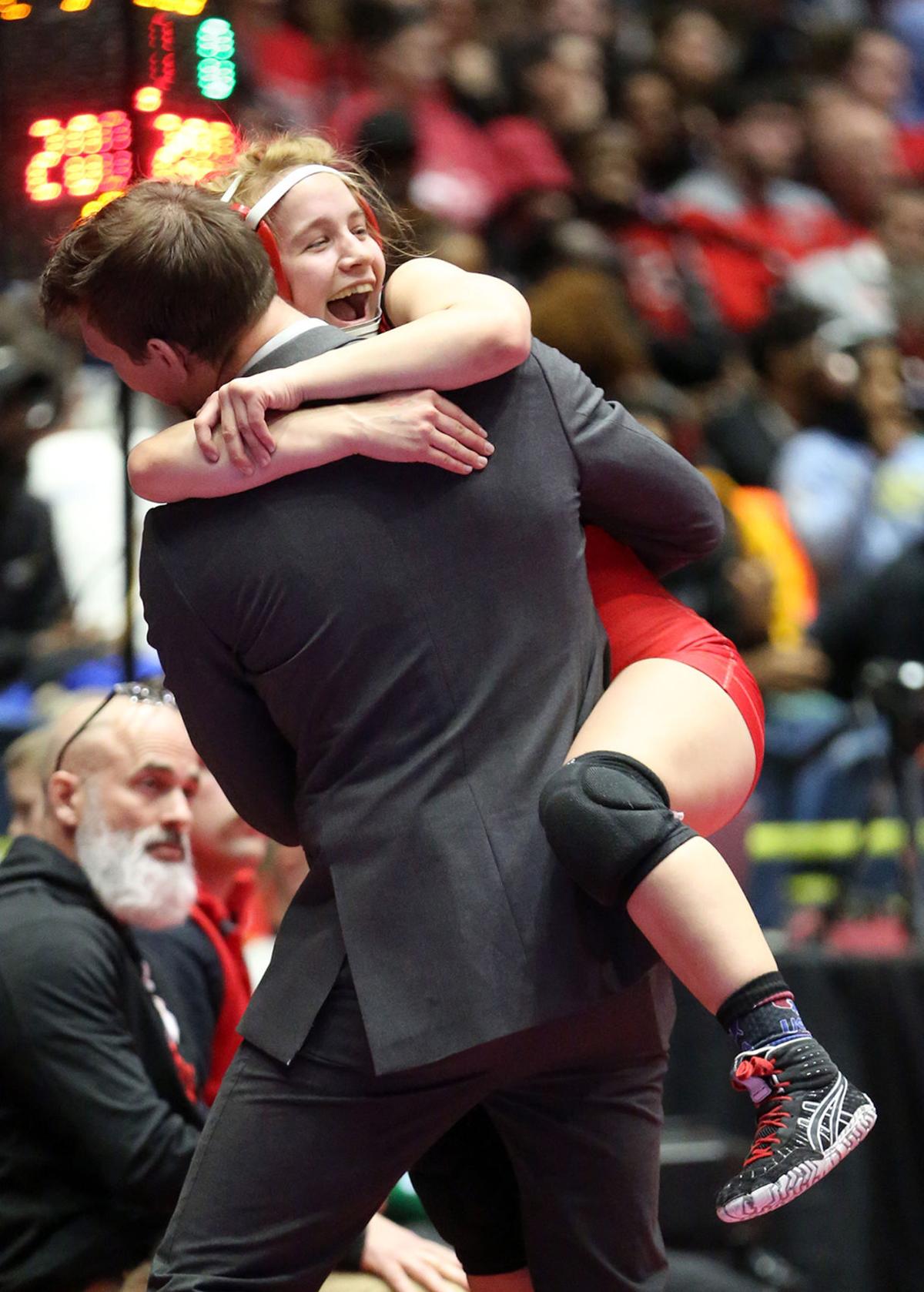 Except for her junior season, when she sat out the bulk of the regular season after knee surgery, Dianna Holmes was a fixture in the North Gwinnett wrestling team’s lineup for dual meets.

She made her mark in those matches against boys wrestlers as a sophomore and a senior, in addition to cementing her legacy in the early phases of Georgia High School Association girls wrestling. The Daily Post Girls Wrestler of the Year won the state girls title her final three seasons of high school — the first first three years the sport was sanctioned by the GHSA — making her Gwinnett’s first three-time girls state champion and one of only two, three-time girls state champs in Georgia.

“I had a conversation with her each year, ‘Do you want to enter the girls tournament or do you want to enter the guys tournament?’” North wrestling coach Kyle McKee said. “I think she made the right choice in those because I think it was big for women’s wrestling and for her to go win the titles. But I had the thought process that I think she could have been on the podium for the guys. Which one means more? Winning the girls tournament or being on the podium for the guys tournament?

“When it came to the county, it wasn’t just like she was one of the better wrestlers for the girls. I think she made her mark on all of wrestling. There’s a lot of guys in this county that have lost to Dianna. They say her name and they say, ‘I wrestled her and I probably don’t want to wrestle her again.’”

While her victories over boys wrestlers drew attention, Holmes will be remembered best for what she did for her gender as a pioneer of women’s wrestling, both in Gwinnett and in Georgia.

“It’s cool to see her pave the way, that we can be successful (in girls wrestling),” McKee said. “I don’t know if she knows how much she’s done for this community and how much she’s done for girls in the area. I go down the street and people I don’t know see I coach at North Gwinnett, they’ll say, ‘Don’t you have that good girl?’ I’m like, ‘Yeah.’ They’ll say, ‘I didn’t know girls wrestled,’ and I’ll say, ‘Yeah, and they’re good.’”

Holmes, a 2019 USA Girls Wrestling Folkstyle national champion in addition to her high school success, will be remembered as one of the best. She appreciates her coach’s kind words, but she is more focused on what her performances do for others.

“Looking back when I was a little kid and I could look up to the older girls and seeing what they did, I think it does impact the next generation and helps them,” said Holmes, currently ranked 14th nationally in the 112-pound weight class.

Holmes got into wrestling as a first-grader, following her older brother George (who also wrestled at North) into the sport. At the time, she rarely saw other girls wrestlers and regularly competed against boys, as she did for most of her youth wrestling career, which included a fourth-place finish at the state boys tournament as a middle-schooler. By the time she got to high school, the interest in girls wrestling and opportunities to compete with her same gender had grown substantially.

That said, girls wrestling wasn’t a GHSA sport her freshman year at North, so she competed only with the boys team. She was one of the history-makers the following high school season when she became an inaugural girls state champion with a first-period pin.

“At first, it really didn’t seem like it meant a whole lot just because Team Georgia had always hosted a girls state tournament,” Holmes said of that first GHSA girls tournament. “But then after I saw how many girls decided to try (wrestling) because they did have a state tournament, it did mean a lot.”

A torn ACL cost Holmes most of her junior season, but she returned late in the year to defend her state championship, which she did with a pin in 48 seconds. Her final high school match this past season was her most memorable because it was the most competitive of her three high school finals.

Her finals opponent at 112 pounds was Discovery senior Alyssa Valdivia, an accomplished wrestler (currently 16th nationally at 112) who moved in from California for her senior season. The match was tied 5-5 heading into the third period and Valdivia chose bottom, escaping for a 6-5 lead. A second injury stoppage by Valdivia allowed Holmes to take bottom for an escape that tied the match later in the third.

Holmes, who finished the season with a 16-2 record, then scored the winning takedown with 12 seconds remaining.

“The last time was probably the most standout match because it was the hardest finals match,” Holmes said. “I had never seen that girl before. She’s from California and she moved here. The talk all around the state was about her, who she was. Going into it, I just went out there and wrestled. You start losing and you have to come back and battle.”

McKee laughed when he recalled Holmes’ demeanor before the state finals.

“The funny laugh she has, that’s her all the time,” the North coach said. “We’re talking and getting ready for matches and stuff and I’m a hard head. Let’s go get them. She’s got a laugh, she’s like ‘Oh yeah, my match is coming up.’ I’m like, ‘Yeah, your state finals match. You’ve got a pretty tough girl.’ And she’s laughing and having conversations. She’s always been cool as a cucumber. I think that mentality goes on to the next level. It’s not that wrestling doesn’t mean anything to her. But she has this, this is what I do (attitude). I go out there a thousand times. There’s no difference between a state finals match and the match we wrestled on a Tuesday or something.”

That formula has served her well.

“Sometimes when I was little I used to try and get mad or aggressive,” Holmes said. “But looking back, that was not me. It didn’t really help me. It probably more hindered me.”

“It’s pretty exciting to continue to do what I love,” Holmes said.

Those in the North wrestling program expect her to flourish as a college wrestler.

“Look at the way she’s gone through high school, she likes to train, she likes to practice,” McKee said. “It’s not that wrestling’s her life, but wrestling’s always been a part of it. I can see when she goes to the next level, sometimes you see it’s hard for some people to transition to the work balance and school and life. I think she’s already got that aspect down, so when she goes there it’s continued success. Some people get in there and get shocked, like ‘Oh, I was the best and now I’m in a room that’s tough, I’ve got to work at it.’ She’s been in my room beating up the boys for the last couple of years. For her to not be the best in the room or in the country, it’s not a knock for her. It’s just normal for her like, ‘I’ve got to go in there and keep working, keep grinding.’ I’m excited to see how it goes.”