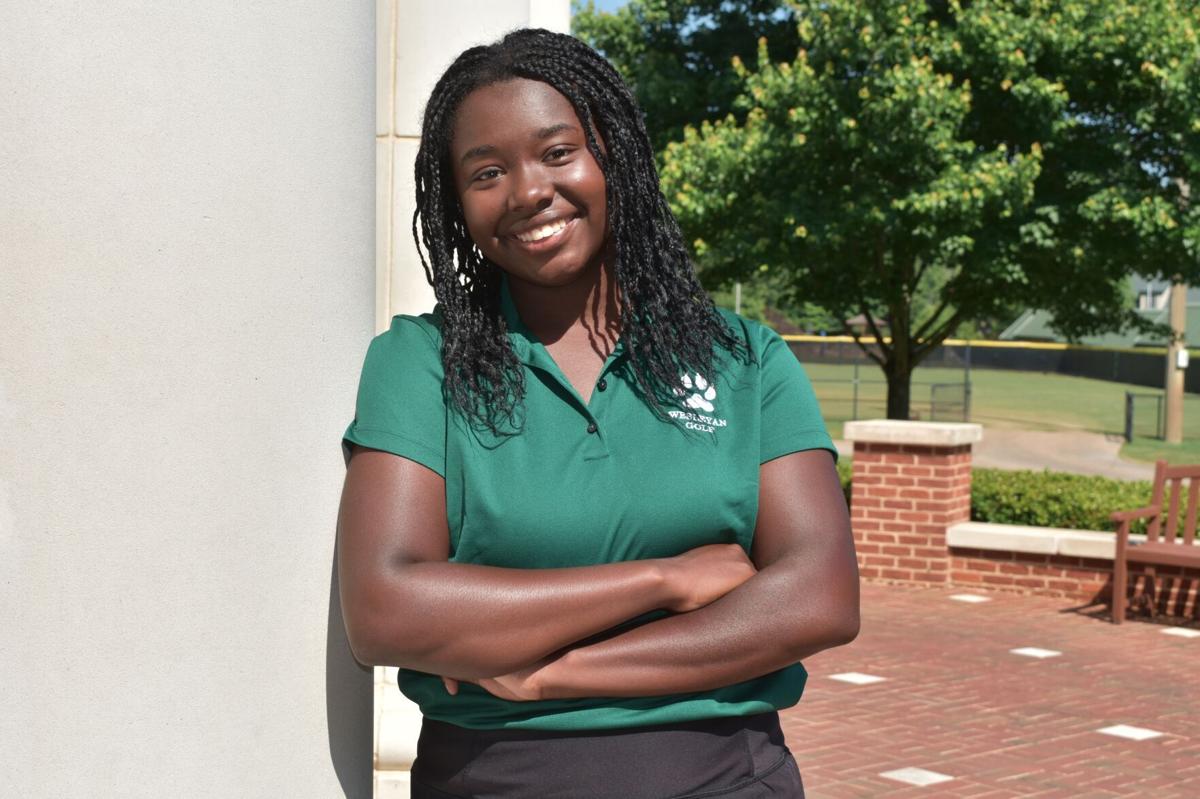 Wesleyan’s Jada Richardson is the Daily Post’s Girls Golfer of the Year after tying for sixth at the state tournament as a senior. 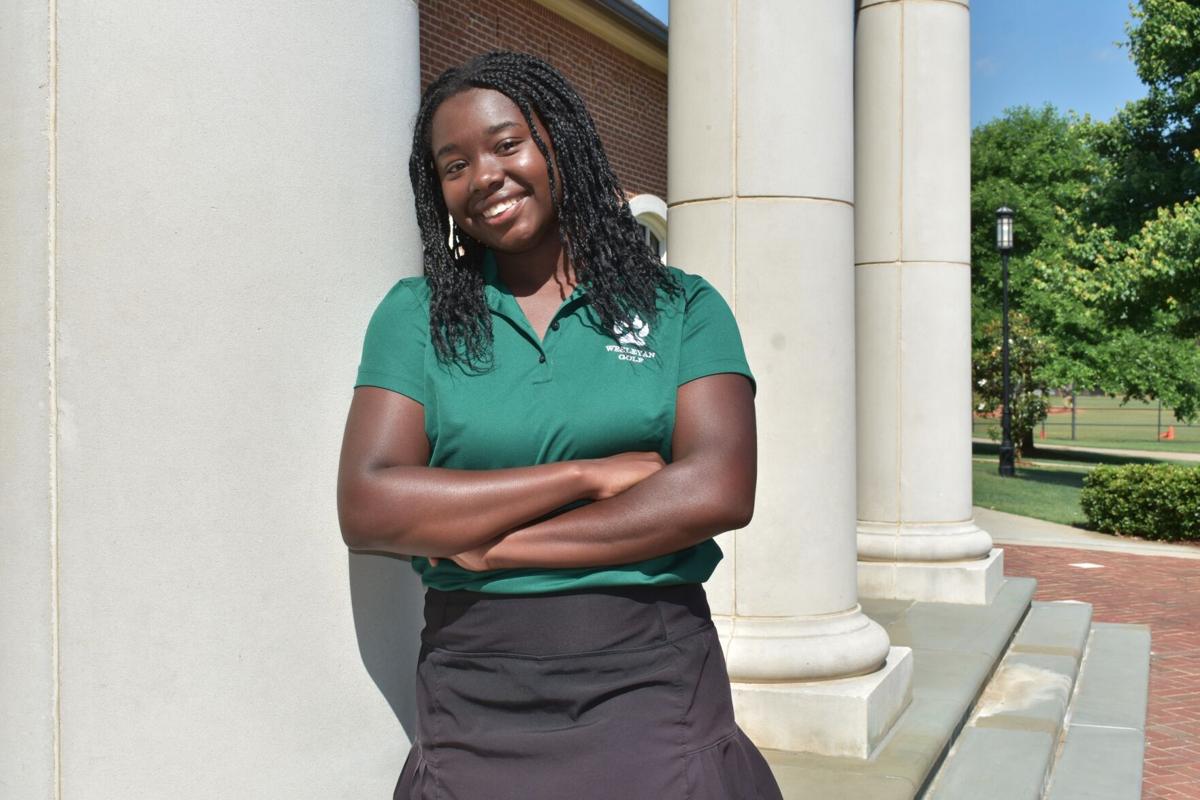 Wesleyan’s Jada Richardson is the Daily Post’s Girls Golfer of the Year after tying for sixth at the state tournament as a senior.

A fashion choice got Jada Richardson’s journey to the leader of Wesleyan’s girls golf program started as a middle-schooler.

After enrolling at the Peachtree Corners private school as a sixth-grader, she didn’t have a sport. And she needed to find one.

Richardson launched her competitive golf career as a seventh-grader — her previous experience in the sport was a camp when she was younger — and joined the Wolves’ junior varsity team as an eighth-grader. After a breakout sophomore season, she has been a constant in the Wesleyan lineup through her senior season in 2021.

Her final high school season culminated with a tie for sixth at the 2021 Class A Private State Tournament, where she shot rounds of 77 and 74 and helped her team to fifth place.

“I think it went well,” Richardson said of state. “We placed well as a team at state and reached our goal as a team. … (State) went okay for me (individually). The first day I had a lot more putts than I wanted to have and the second day I just had one bad hole. Other than that, it went the way I wanted. But there’s always room for improvement.”

Richardson also was third at the area tournament as a senior, shooting 80 and leading Wesleyan to a runner-up finish in the team standings. Her season included a low nine-hole round of 36 (at St. Ives against Hebron), a fifth-place finish at the GSGA High School Girls Invitational (shooting 76 on the first 18 holes, then 40 on the nine-hole second round) and a first-place finish in modified stableford scoring at Phillip Silverman Memorial Tournament at Indian Hills Country Club.

Her high school career featured a standout 2019 sophomore season when she was fourth at area with an 81 and eighth at state with rounds of 84 and 80. Her junior season was wiped out in 2020 by the initial stages of the COVID-19 pandemic.

“Despite her junior season getting cut short, Jada worked hard to make her senior season the best that it could be,” Wesleyan girls golf coach Cameron Alexander said. “In her free time, you could find her out on the course, at the range, or getting a lesson to tweak and hone her skills. Her putting was by far the strongest that it’s been over her four years on our high school team, and that was the most significant difference-maker in her game this year. Jada’s attitude and constant positivity helped lead our team to the best state finish that we’ve had in years, and she is well-respected by coaches, players and parents.

“She is the type of player that others look up to as a role-model. Her hard work and dedication set a fantastic example for the rest of the girls on our team, and her encouragement and guidance for the younger players contributed greatly to the overall success of the Wesleyan girls golf program this year. She has a true gift and had an incredible last season as a high school golfer, and that trend is sure to continue at Howard University next year.”

College golf wasn’t always the goal for Richardson, but her play made the path to Howard — where she will play golf and will major in business, with an eye on law school in the future — possible.

“It’s super cool to be able to say I’m going to play in college,” the 3.8 GPA student said. “I’ve worked really hard so it’s nice to be a little bit rewarded for my time.”

The time required for golf was initially daunting to Richardson when she focused on it in middle school.

“It was hard to pick back up,” said Richardson, who practices out of Laurel Springs Golf Club in Suwanee. “Originally, my coach was like, ‘You’re going to have to spend like three hours practicing.’ I was like, ‘Oh, I don’t know how I feel about that.’ Now I do it and it’s fine. But at first it was a big struggle to take that much time out of my day to practice.”

The transition from beginner to college golfer didn’t happen without work. She began to see benefits, and low scores, during her sophomore year at Wesleyan.

“It took awhile to get kind of where I wanted to be,” she said. “I think I had a lot of bad habits. It’s a little bit harder when you don’t learn golf correctly the first time. It’s harder to go back and correct it. So it took me a little bit longer.”

Now with six years of the sport behind her, she loves it.

“I think golf is super fun,” Richardson said. “I like the challenge aspect of golf. It’s not your every day, just throw a ball or something. It’s kind of opposite what you’d normally do with your body. Also I just like being on the golf course.”

She also enjoyed being at Wesleyan, her home since sixth grade.

“I think mostly I’ll remember my friends (from Wesleyan),” Richardson said. “It’s been super cool getting to grow up here and getting to meet everyone. My teachers are awesome, too. I think I’ll miss them a lot.”