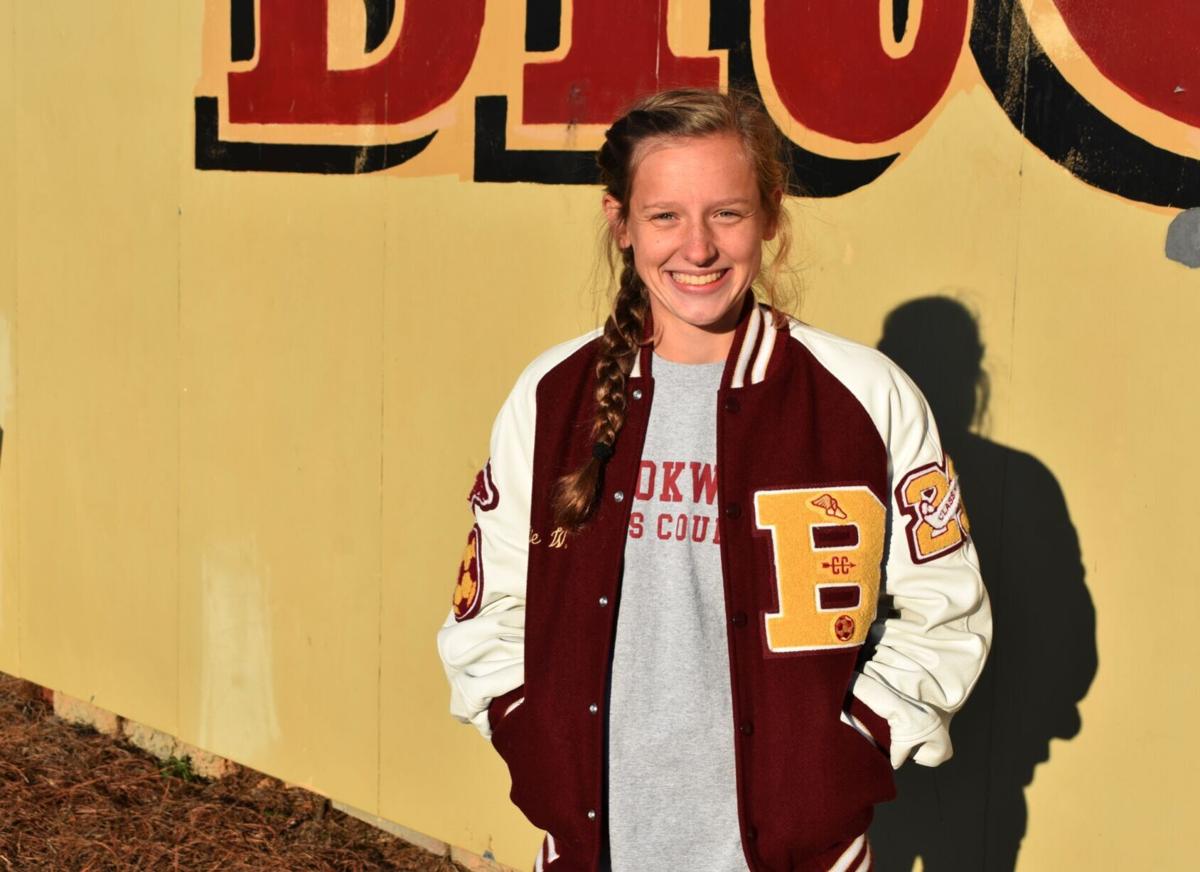 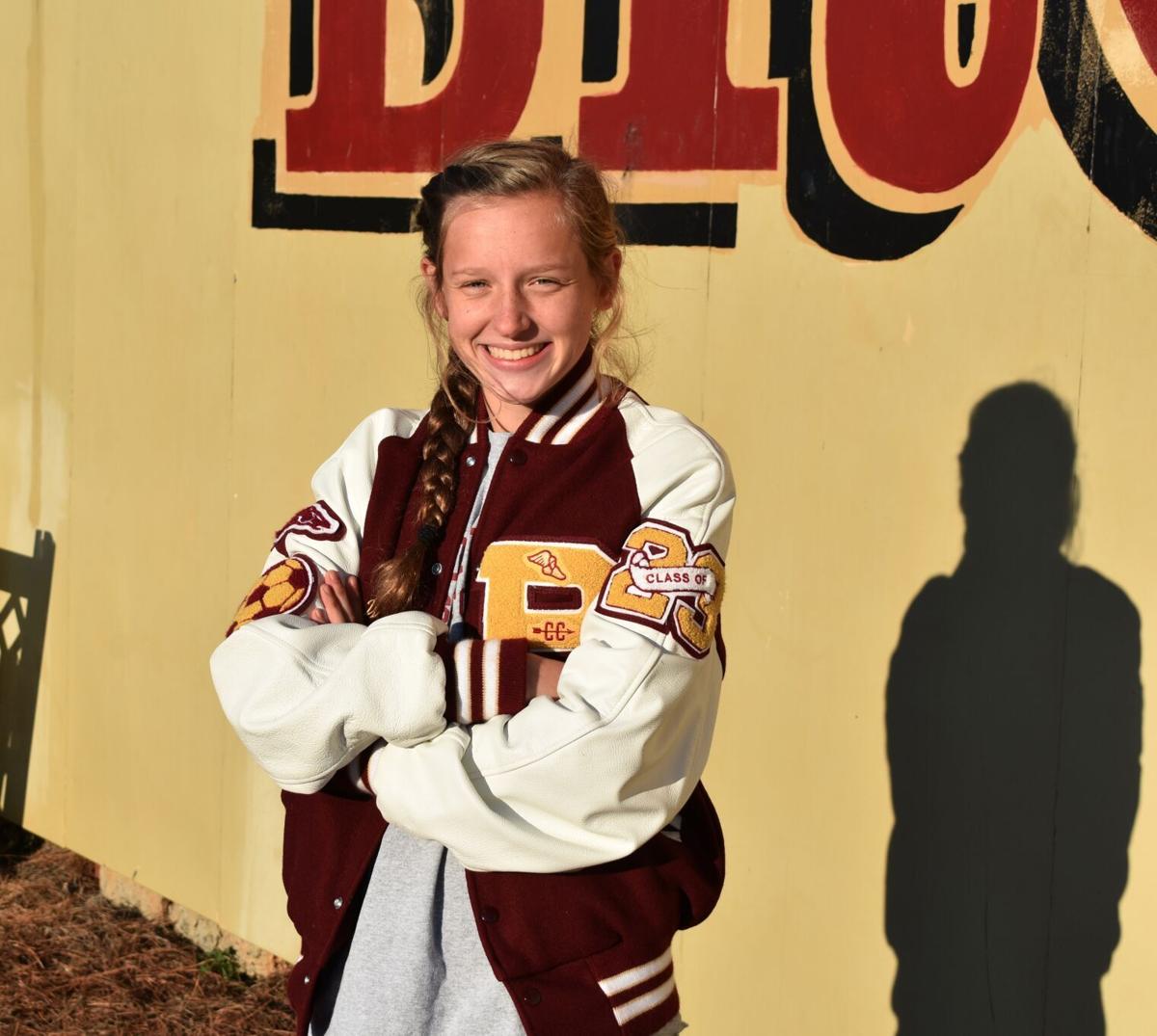 The Brookwood sophomore had a nice showing in 2019 as a freshman, placing 36th, and surged to sixth in Class AAAAAAA this past season, earning Daily Post Runner of the Year honors. She was Gwinnett’s top finisher on the Carrollton course with a time of 19 minutes, 50.22 seconds.

“It was great,” Wardle said of the state race. “I wasn’t expecting it at all. I thought I’d be 10th, 11th, in the teens. Freshman year I was in the 30s for state and I knew it was a competitive field and we had some freshmen that were really good.”

The race didn’t play out completely according to plan, but it was hard to argue with the result.

“The plan was to go out a little bit slower than I did,” Wardle said. “I think I went out a little too fast. But overall I think I did well. I knew my last 400, I think I was sitting in about 11th place, and I knew I would get in trouble if I didn’t get top 10. So I tried to push up that last hill and ended up getting sixth.”

Her coach was proud of the final race and of Wardle’s season that also included a region championship in 19:26.70 and a fourth-place finish at county in 20:19.82.

“I was really excited with how well this year went for her,” Brookwood girls coach Chris Carter said. “I am really most proud of her work ethic. Despite playing two sports, she has never asked for any concessions to be made for her. She’s really tough and has a very supportive family. She really knows what it means to commit to doing something and to commit to being a part of the cross country team. She goes all in and works her tail off.”

Carter learned about Wardle’s commitment early in her freshman year.

“My favorite Allie story, that really captures the kind of person she is, was when she came to my classroom the first week of school her freshman year (she didn’t sign up for cross country until after school had already started, at the urging of a friend),” Carter said. “She showed up in my classroom asking if she could still join the cross country team. But she said she also played club soccer and was wondering if she could miss some cross country practices and meets for soccer. I told her that we would work with her, but that we really couldn’t do that, as it wouldn’t be fair to the other girls.

“So I told her to go home and talk to her parents, see what they thought, and that if she was still interested, we could talk about it. She was back in my classroom the very next day and was like, ‘I’m in. I want to run.’ She really knows what it means to commit to a team and to work hard.”

Wardle, who moved from Texas to the Brookwood district as a sixth-grader, took her friend’s suggestion about cross country and the news from Carter to her parents, who knew the sport would help with conditioning for soccer. She joined the team, and quickly impressed her coaches.

“I’d say I was a lot better than I thought I would be (as a freshman),” Wardle said. “I never thought I’d be anything more than just somebody on the team. … I started off in our C Group here doing workouts the first week and I’d come home and I’d tell my dad, ‘This is a waste of time. It’s too easy. I can do it on my own.’ Back when I thought three miles was far. But I did a workout one week with Coach Carter’s group and it kind of clicked for me then that I realized I can hang with these girls. I think he realized, too. Then I started training with them.”

Despite her limited racing experience, she finished 24th at the Gwinnett County championship meet as a freshman and took 10th at area. She finished it up with the 36th-place finish at state.

“I was really happy with everything that happened (as a freshman),” Wardle said. “I mean, I was really new to it and I had no idea what I was doing. But it was really cool just to get a feel of what running was.”

During that freshman cross country season, Wardle learned to balance her longtime favorite sport and her new one. After cross country practices, she had a brief break before her GSA soccer practices later in the evening three days a week. The juggling continued in the spring of 2020 when she competed in track and field and soccer during the same high school season, splitting her time between varsity and junior varsity in soccer, her preferred sport since she was 3. That process didn’t last long, though, when COVID-19 shut down the spring sports season in March.

She plans to double up again this spring as a member of the Broncos’ track and field and soccer teams.

“This year I’m planning to do both again,” said Wardle, who has an older sister involved with Brookwood’s dance department and sixth-grade twin sisters who play soccer and run. “We’ve got a different high school coach now and we’ve already set a little plan in action of how I’ll be able to get both done. … It’s definitely a lot of work and I have to be careful not to get injured. But at this point, I don’t think there’s one I would rather do over the other. I enjoy both a lot.”

The results from the fall cross country season, capped by her sixth-place finish at state in November, definitely made running more fun.

“I think the season went well,” Wardle said. “I’m especially grateful we actually got a season in. I’m thankful that all the meet directors could make our meets happen.”