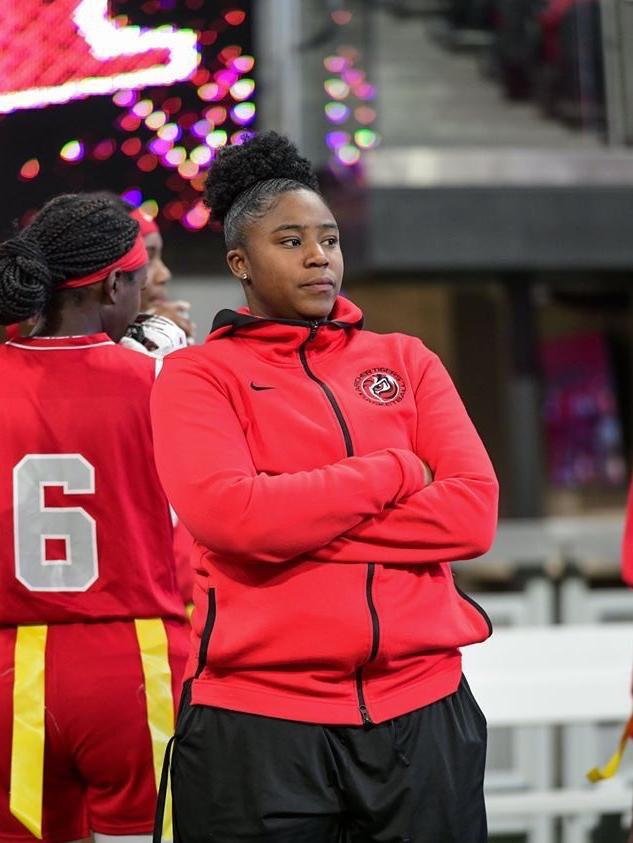 Former Norcross three-sport athlete Sheena Hartley has always been somewhat of a Gwinnett homebody. So it comes as no surprise that she’s spent most of her life in the county as a student-athlete and now as a teacher and coach. And she feels very much at home in her current job as an assistant girls basketball coach and teacher at Archer High School. 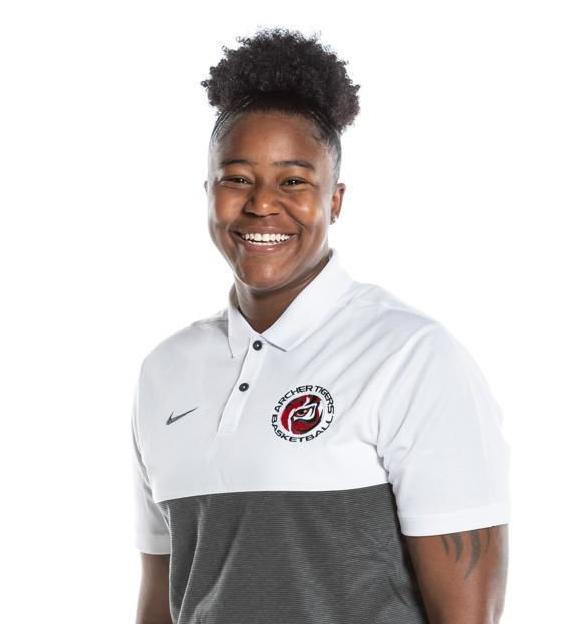 Former Norcross three-sport athlete Sheena Hartley has always been somewhat of a Gwinnett homebody. So it comes as no surprise that she’s spent most of her life in the county as a student-athlete and now as a teacher and coach. And she feels very much at home in her current job as an assistant girls basketball coach and teacher at Archer High School.

Family means a lot to Sheena Hartley, and there’s a lot of overlap between her respective families both on and off the basketball court. While the 26-year-old Gwinnett County native’s adopted family is that of former Norcross High teammate Javonne Stanfield, she has also formed a strong familial bond with her other former Blue Devils teammates and coaches, as well as teams she’s coached as a former middle school boys coach at North Gwinnett and current girls assistant at Archer High School. She recently spoke with Daily Post staff reporter David Friedlander about those relationships and how they’ve impacted her life and career, as well as other subjects.

DF: So you’re working now for Dani Wright, a former assistant, and later head coach, at Norcross. Was she on staff when you played there?

SH: No. I actually graduated in 2012. I’m not sure where she was exactly (at the time), but she came in about three years after I graduated.

SH: Oh yes. Of course. Dani also played for Coach Hembree, and I used to go back and visit the girls. I’d talk to them, and that’s how I met Dani — through Angie.

DF: So I imagine her presence had to be a pretty big selling point when you came to Archer this year. Does that make it feel like home to you?

SH: Right when Dani had called me and she asked me to come be part of her team, it was just like talking to family. Just having that history with her and me to (having been) over at Norcross, we just kind of clicked very well, just like family.

DF: So going back to your days as a student-athlete at Norcross, I know you also played softball and ran track, but was basketball your first love?

SH: Yeah, basketball was definitely my first love. However, Angie didn’t like her athletes to just hang around during the fall. So you were either in the gym training or you picked up another sport. I started playing softball when I was in ninth grade, and I was just good at it. It wasn’t like it was my love, but I was an athlete, … and I was like, ‘I’ll just keep playing it.’

DF: Given that travel softball was just as big then as it is now, and the fact you were probably playing basketball in the summers, you probably didn’t have quite the experience as some other softball players. While your athleticism probably helped you keep up, what was it like playing against players of that caliber?

SH: Honestly, I think it was just athleticism in me, and the fact that anything that (then-Norcross softball) Coach Hope Black taught me, I kind of just kept learning. Anything she would say, I would soak it in and take it and run with it. And I would just start applying myself. During the summertime, travel softball is actually very expensive. And unfortunately, my family wasn’t able to (afford) those things. Plus, during the summertime was conditioning for basketball. So which one did I want to go (to)? So I went to basketball training. But I think it was just anytime Coach Black came around, whatever she told me, what ever she taught me, I’d just soak it in, and I kept going with it.

DF: Going back to your basketball career, you came around during a one of the best eras of Norcross basketball with some high-profile teammates like Diamond DeShields, Dearica Hamby, Briana Jordan and Shayla Cooper.

SH: That was a beautiful group of girls. Every single girl that took that floor, I just loved being a part of that team. Even with the big-time players, it wasn’t like, ‘Oh, these are some big-time players on my team.’ It was more like, ‘Those are my teammates.’

DF: Is it only now after the fact when you look back and realize how special that group was?

SH: Oh my gosh! The talent of that group, even with the talent now, you can just tell there’s been a shift in the game. The talent when we were playing, everybody was quick, they were athletic, they were strong. They did eventing. They executed every play. They executed every defensive play. The game back then was just fun to be a part of. Not that the game’s not (fun) now. I love the game. I’m coaching, … but playing the game back then with those all-around talented girls, it was a different ball game. It was just a different ball game.

DF: So since your degree (from Georgia Gwinnett College) was in exercise science. Is that a pretty good hint that you knew coaching was in your future early on?

SH: I kind of wanted to get back in the gym and get back in the weight room with those female high school athletes. Nowadays, you think about our girls, they get into school and they blow out their knees through bad form and I think part of it comes from high school and being in a weight-training class with a bunch of football boys. Our bodies are totally different from boys. So my thought process was, I want to get by degree in exercise science, I’m going to go back to high school and train female athletes — tennis, soccer, basketball — and have a female weight-training class. So that’s what I was trying to get my degree (to do).

DF: Speaking of your degree, it’s from Georgia Gwinnett College, which was in its early days after being founded by the time you came along as a freshman. So it seems like you don’t mind heading into a new environment and cover some little-charted territory.

SH: Hey, Gwinnett (County) is — I went to elementary school in Gwinnett. I want to Summerour Middle and Norcross. I went to college in Gwinnett. I was born in Gwinnett Medical (Center). … I’m a Gwinnett baby. I love Gwinnett. Me leaving home was probably going to be the most terrifying things for me. I actually did not want to move away from home. I love my home. I have a big family. I’m one of eight, and leaving all of that, I couldn’t.

DF: So being part of a family of eight, what’s the age range?

DF: That’s a little different dynamic, too. Do you think all of that helps you relate to the kids better every time a newer, younger class comes in?

SH: Yeah. Some of the kids I teach now are right around the age of my two brothers. One’s a freshman and one who’s a sophomore (or) junior now. Just the way I talk with my brothers and the way I talk with some of the boys in the school and my classes, it’s like I want to completely educate them, to give them knowledge of whatever it is that’s going on around them exactly the same way I’d do with my brothers. … The relationships I build with these boys in high school, I couldn’t ask for a better relationship.

DF: That reminds me, you coached middle school boys basketball last year at North. What was that experience like? I imagine few, if any, of them had ever been coached by a woman before.

SH: Right. That was probably one the biggest shift. Well, one of those things that’s like, ‘Wow! I experienced this.’ Coaching boys sports, I noticed boys do not like (organized) plays. … They just want to run down the court and try to score. A lot of it was just trying to teach these boys who were eighth graders how to execute on the basketball court. Sometimes you need plays. Sometimes you need strategy. You have to execute. … The game, of course, is a lot faster. So you have to be able to be on your toes.