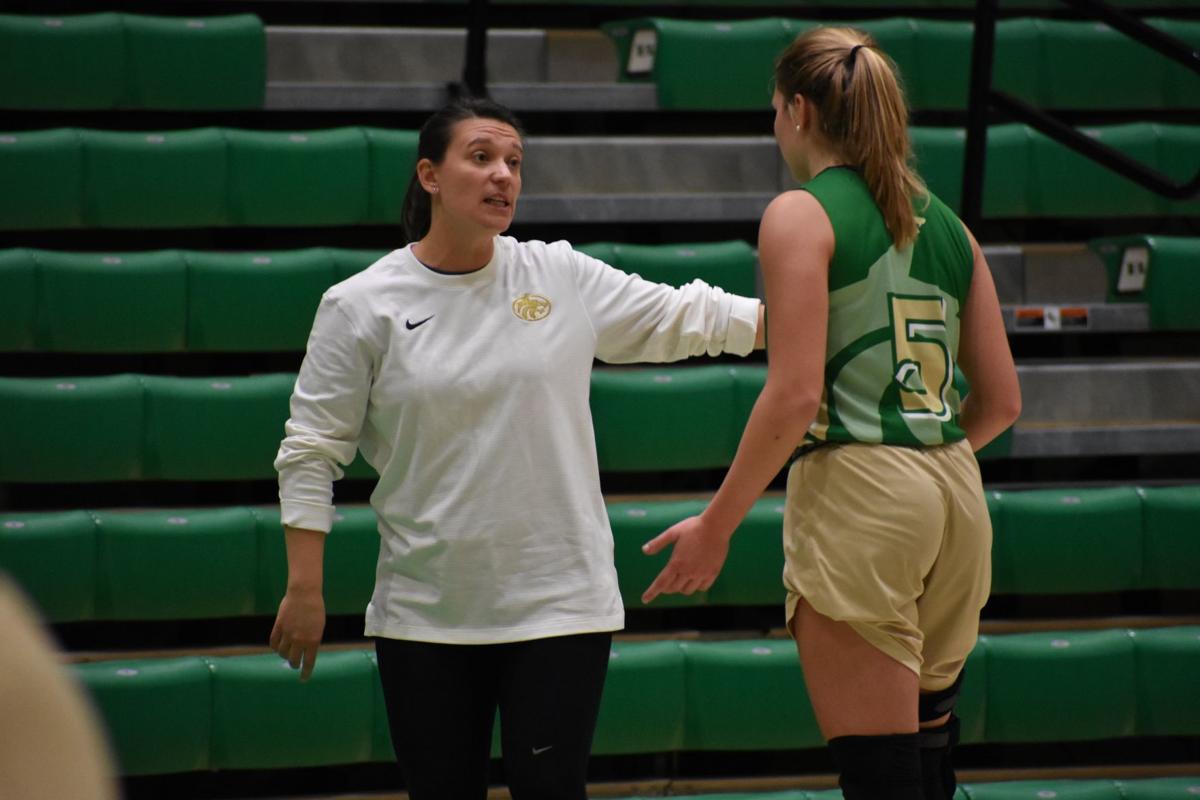 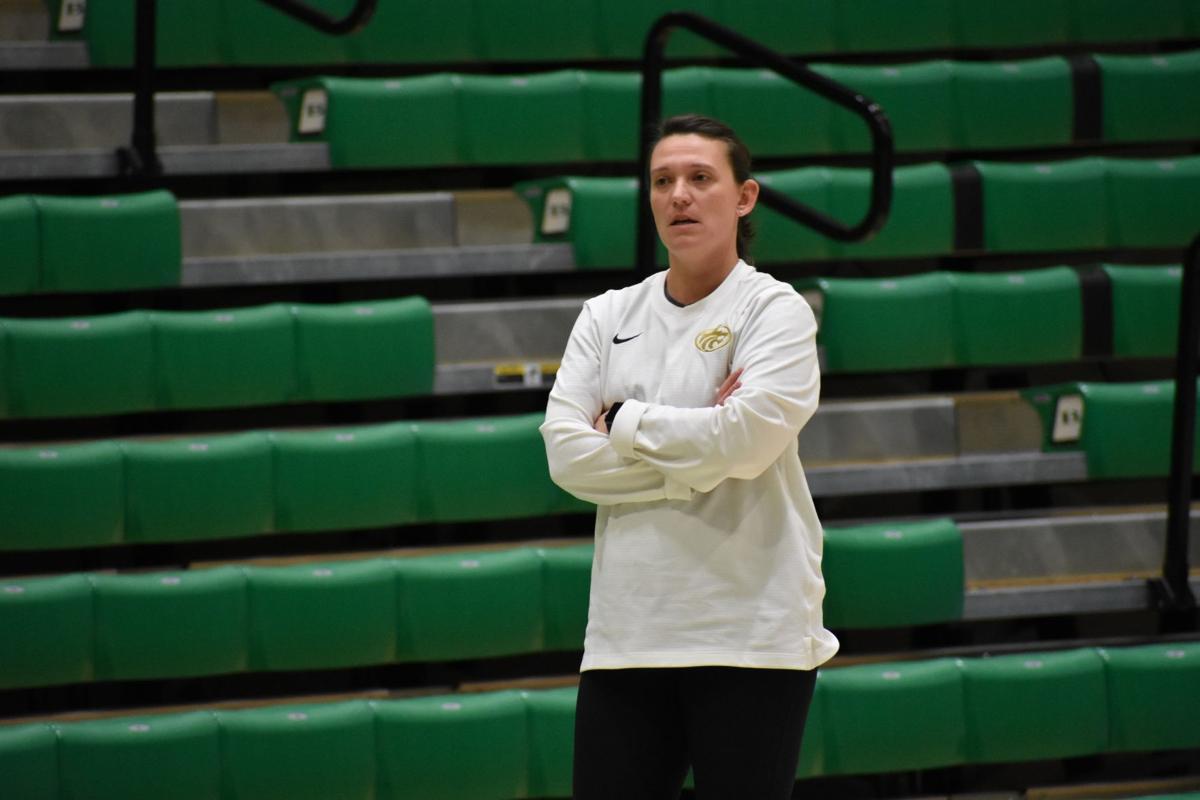 Melissa Green is in her 14th year as an assistant girls basketball coach at Buford, where she also is a science teacher, and is in her 19th year overall in coaching. The Shorter University graduate began her coaching career at Model and spent a year at Woodland-Cartersville before moving to Buford.

The Wolves’ head junior varsity coach and varsity assistant talks with sports editor Will Hammock about Buford basketball, being a foodie, her travel goals and more in this edition of “Getting to Know…”.

WH: How did you meet (Buford head girls coach) Gene Durden and how did you get involved with this team?

MG: I knew Gene from my days at Model. I grew up in Rome and played at Armuchee High School, so I knew about Gene when I was in high school. Then when I started working at Model, we were in the same region. So I did play against some of his teams when I was coaching. I had an opportunity to interview for a job here. Gene was a little skeptical at the beginning because he didn’t know who I was, but he took a chance on me back in the summer of 2006 and I’ve been here ever since.

WH: Y’all are from the same part of the world. Did that help to have a connection?

MG: I did not know him personally before then, just had some friends that knew him. I actually worked with (Buford assistant) Jeff (Ozment) at Model for a year while he was there. Jeff’s from Rome, too.

WH: What did you know about Gene’s reputation as a coach before you interviewed?

MG: I knew he was very intense. I knew he had a high basketball IQ as a coach and his kids loved him. He was a great guy to start working for.

WH: Was it a goal to get to Atlanta?

MG: It was actually just an opportunity. No plan or purpose. It just was an opportunity that opened up and it was a great move for me.

WH: What is it about Buford that made you want to stay?

MG: For me as an individual there was a lot more opportunity just for activities, getting into Atlanta, plays, restaurants. And the school system is great. I have really enjoyed teaching here at Buford as well as coaching.

WH: What’s the bond like with the coaching staff? It seems like all of you are really close.

MG: We are. We’re like a family. Gene, I would say is like a brother to me. In 14 years, we’ve kind of been through a lot. He’s helped me move even though he doesn’t want to. It’s just a close-knit family. We are friends. And when we need help we’ll call on each other outside of basketball.

WH: What do you enjoy the most out of coaching these Buford girls?

MG: I love the fact that they buy into our culture and they really do give us a chance to kind of influence them for their lives after basketball. We do a lot of basketball. But we do a lot of work on trying to get them ready to be successful outside of basketball. When they go to college, get a job, get married.

WH: How different is this from where you grew up? I guess not Atlanta, but Buford.

MG: The area, there’s just so much more diversity and opportunity. Shopping, I like to shop. I grew up in a small town outside of Rome. I graduated with 97 kids in my class and knew them all. Here, I’m still meeting new people and new kids every day.

WH: What was it like growing up where you grew up? Was it an outdoorsy-type place?

MG: Yeah, it was more of a rural area, so I learned to work by myself. I did a lot of basketball outside on my goal. And I got real quick because I lived on a hill.

WH: You had to catch the ball in a hurry.

MG: Yes, before the basketball rolled down the hill.

MG: I participated in all kinds of sports in high school because we didn’t have everything that these kids have. I played softball, ran cross country, basketball and track.

WH: Did you play on pretty good teams?

WH: What were the opportunities for you as a player back then compared to what players around here have as far as travel ball, rec ball? Was it a lot different where you are from?

MG: AAU or travel basketball was for the elite. A couple of colleges would look at us, at our players. But nothing like what these kids have access to. That part has changed. They have all kinds of opportunities.

WH: What do you like to do down here in this area when you’re not busy with basketball?

MG: I like to go to plays at The Fox. I’m a foodie. That’s one thing I provide for the staff. They’ll ask me where we need to go eat. I like to do a lot of traveling so having the airport close is really a benefit.

WH: What are your favorite places to eat?

MG: I like Tupelo Honey, which is in Sandy Springs. I really enjoy Pappacito’s and Pappadeaux.

WH: That’s where all the Buford coaches eat, right?

MG: Yes, I turned them on to that.

MG: I’ve tried everything, but I always come back to the fried shrimp.

WH: What kind of music are you into?

WH: Do the kids like ’80s rock, too? Do they have any idea who you’re listening to?

MG: No, no. I’ll put stuff on my board for class to figure out what they know and they know nothing. I had one group say, ‘I think that’s Destiny’s Child. Is that Beyonce?’ I’m like, ‘No, that’s TLC, kids.”

WH: What’s on your bucket list for trips, some places you haven’t been?

MG: Greece. I want to travel to some islands in Greece. I would like to go to Australia. I’ve been fortunate to go to a few places already.

MG: Paris, I really enjoyed Paris. I’ve been back twice. I love doing all the walking and seeing everything. If I go somewhere, it’s going to be a city where I can get out and walk.

WH: Is Buford home now? Is this where you will be longterm? You don’t want to head up your own program?

MG: I do not. I like being an assistant and just helping take care of the girls, look after them, coach them up from the JV level and get them prepared for the varsity level.

MG: I am the head JV coach, then we all help with the varsity team. And I also keep an eye on the kids academically. I’ll keep up with them and make sure their grades are alright, and if they’re not, we’ll figure out how we can get them up.

WH: Do you teach at the high school?

MG: I do. I teach chemistry and AP biology.

WH: You’re not a PE teacher then. Kids don’t have fun in your class.

MG: Oh, we have lots of fun. Just not running around on the court.