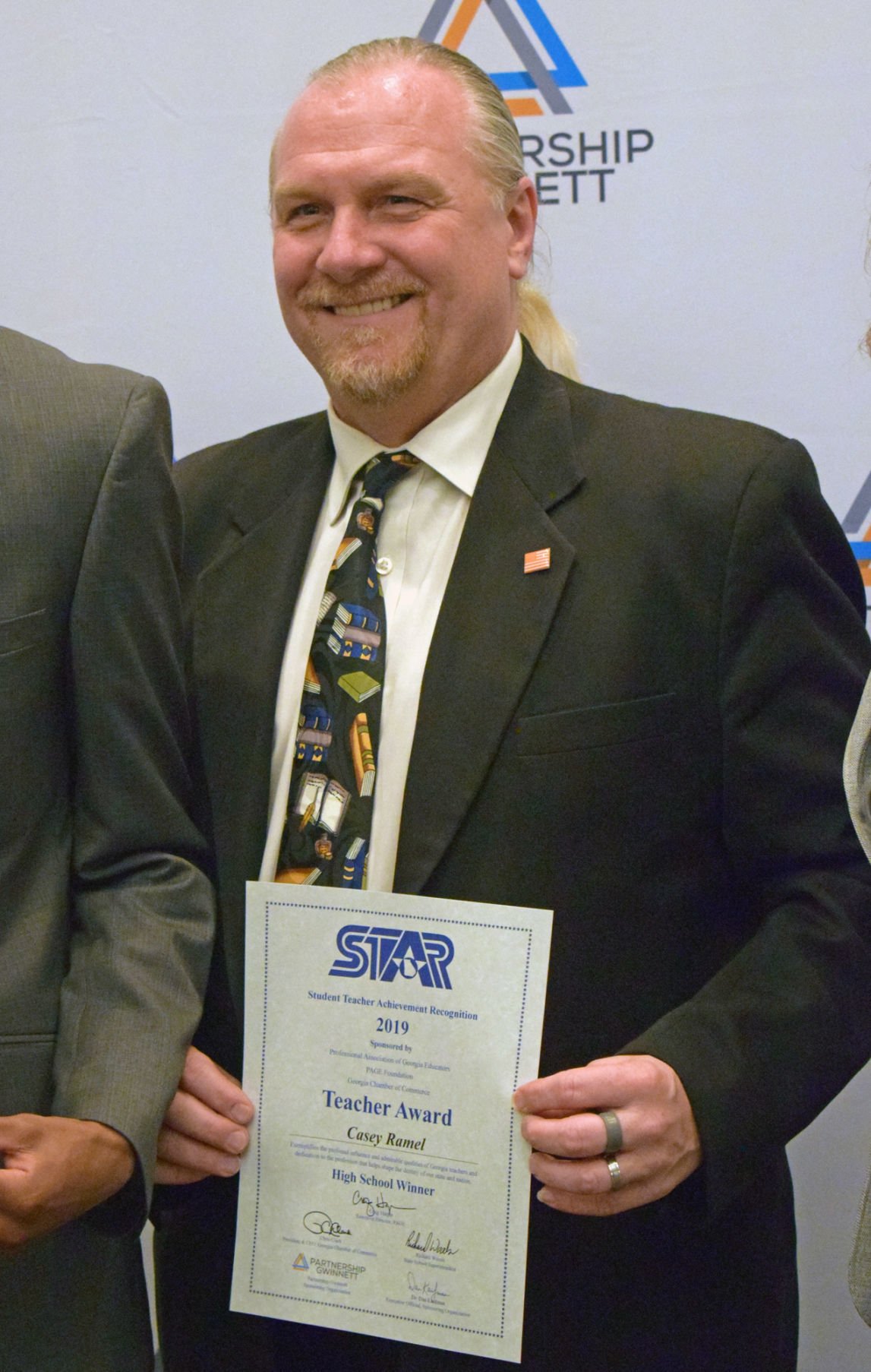 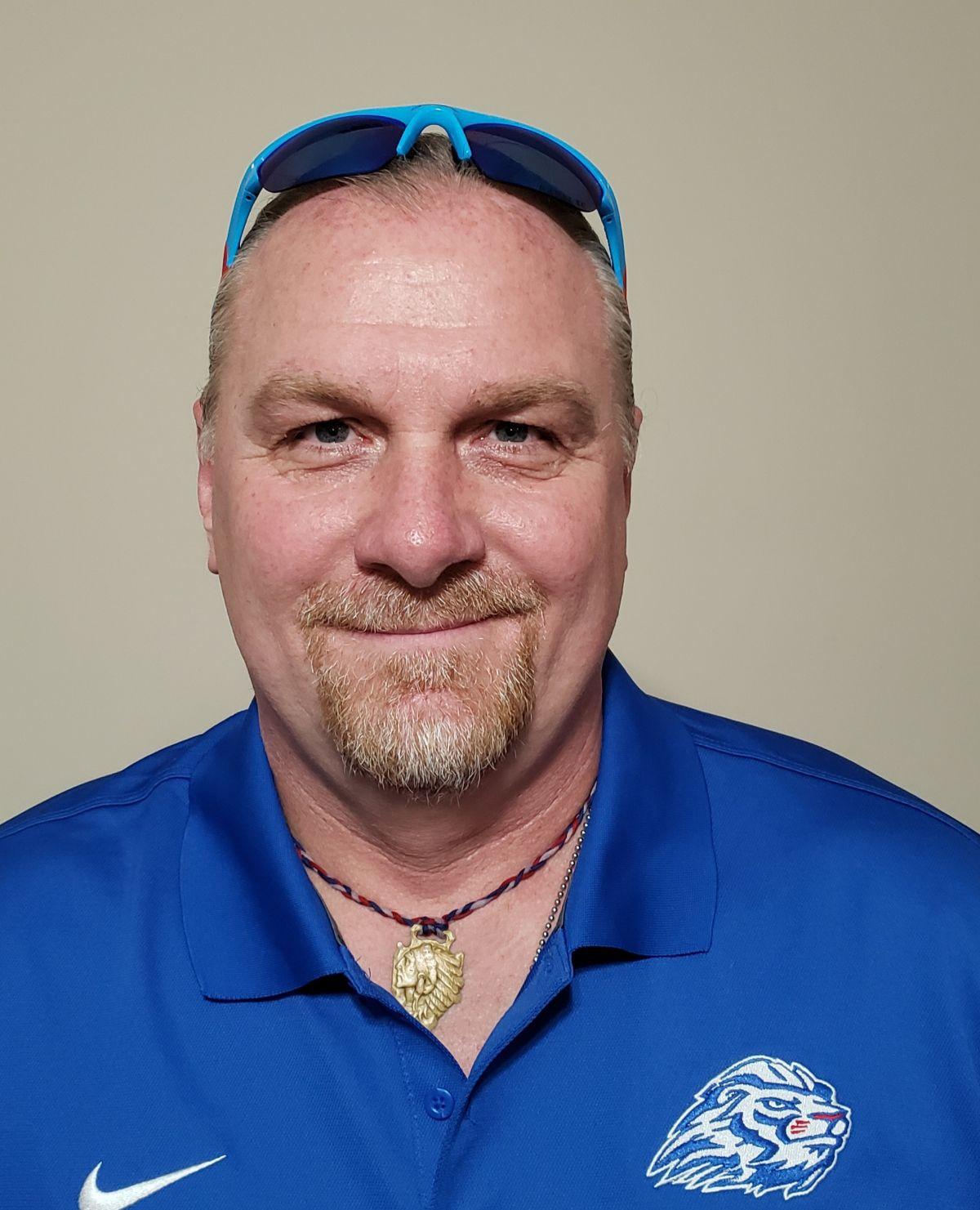 Casey Ramel is in his first season as Peachtree Ridge’s cross country coach after four years at Shiloh. The job with the Generals drew him to the area from his hometown of Chicago.

In this installment of “Getting to Know …,” Ramel talks to staff writer Christine Troyke about a variety of topics, including the honesty of running, using Harry Potter and a training tool and learning to play the drums from Tommy Ramone.

CT: Where did you grow up?

CR: I’m from Chicago. The northwest side. Go Cubbies.

CT: What sports did you play growing up?

CR: I dabbled in basketball when I was like sixth grade and realized, oh, I’m not getting any taller. I ran all the way through high school and beyond.

CT: When you headed off to college, was teaching and coaching the plan?

CR: No, no. I thought I was going to be the next singer of like Iron Maiden or something — and it was taken.

When I got out of high school and went to college, I wanted to be a journalist. I wanted to write. And my words were going to change the word. Then I went, wait. But no, I fell into coaching because of a cousin of mine. I had him under my wing and took him to an open house. He was talking to the coaches and everything. I had offered my services. Turns out I got a call in December and the AD said, “Our coach left. Would you want to possibly …?” It was an all-boys Catholic school in Chicago. So I fell into it. And loved it. It’s a perfect metaphor for life.

I teach English and Shakespeare said, “Bid me run and I will strive with things impossible.” I tell them I want them to be people of good character, I want them to be strong academics and I want them to be healthy. If those three things are there, everything else falls into place. Have faith in me and the process and the program and each other, but enjoy it. If nothing else, I’m a cheerleader.

That was 1991 and I’ve been doing it in variations ever since.

CT: Did you need to go back and do more school?

CR: I went to the University of Chicago, and I studied at Oxford in England and Jagiellonian University in Poland, where Copernicus went. Hopefully I can take a little bit of that so you have a balance. I can be a goof and still be a smart goof. But the big picture is about them being better people. This is about running their best at the last race. The freshmen — we have 32 freshmen girls — have exceptional potential. I’ve told them all, and their parents, I want in May of their senior year, that’s when they’re going to be their best. That should mean, along the way, they fall a little bit. How do you learn if you don’t fail? That perspective needs to be there.

CT: You were in Chicago until you took the job at Shiloh?

CR: A friend of mine from a million years ago lured me to come down. There were challenges for getting people to believe in long-distance running and balancing academics. The thing I’m most proud of is three of the four years I was there, the valedictorian was from the cross country program — and several of the salutatorians. They went to outstanding schools like Stanford, Notre Dame, Georgetown, Northwestern.

That, seeking a balance, was something I wanted to demand, not just advise. I’m most proud of that. And along the way, back-to-back-to back the boys and the girls qualified for the state meet. That’s what this should all be about — the broader picture, not just right now. If you have that perspective, the right now happens and you don’t even realize it along the way.

I tell them the more they enjoy their team, get along with me, laugh at my bad jokes, it’s a distraction from the hard work that they are doing. The next thing you know, they’re a day better, and three days better, and a week better, and they’re still laughing and enjoying and still being able to be teenagers along the way. That gets lost sometimes nowadays, in a lot of things. Even in our sport, it’s one thing to maintain your fitness year-round. It’s another to keep the foot on the pedal. In the broader sense, nationally, we see the people who have the prodigy application on their name and it doesn’t always pan out.

CT: When you started at Shiloh there were maybe less than 20 kids in the cross country program and when you left it was over 80?

CT: Are you standing in the hallways recruiting kids?

CR: I’m like a used car salesman. But it’s hard to run. They want to play around and then they go, “Oh my, this is hard.” Yeah, it is. But let’s still play around and talk — and I’ve tricked kids into running a few miles. I got one girl to come out because I said we’ll talk about a Harry Potter chapter every mile. Sometimes it is just that. But it has to be continual excitement for it. Nothing should be so serious and heavy. Everything should be a learning experience. Even if we falter a little bit, let’s take a look at it.

CT: How’s it going so far here at Peachtree Ridge?

CR: We have 112 people on cross country and I’m trying to have everything looking forward, not in the rear-view mirror. It’s more between the ears when they’re running. It’s getting them to believe in their potential. I want them to be at their best on Oct. 19 when we attempt to qualify for state. Last year, they did not, for the first time in school history. It’s getting them to believe in themselves once more and I think they’re starting to see it. We have T-shirts that say “Team” and then “Me.” It’s team over me. We’re stronger together. It’s better with that support. And then they’re accountable to each other.

We train in groups and the numbers bear it out. There’s no such thing in cross country as coach’s favoritism. This (time) is what you did and maybe that means you proved something to yourself. I’ll take someone who can bite and scratch and claw over someone who would sit back and let it happen. Talent only goes so far.

CT: What is the first place you go eat when you’re back in Chicago?

CR: (laughing) My daughter will love this. It’s Portillo’s.

CR: There are no hots dogs around here like that. There’s one right near my wife’s parents’ house. I just get a shake. Or two.

CR: My wife and my daughter want to go to Harry Potter at Universal Studios. I have never crossed the border into Florida. Even when I was little.

CT: Is there any genre of movie you won’t watch?

CR: I’ve seen some horrible movies. Is there any I won’t watch? Nah. I’m a dork. I’ll watch everything. If nothing else, I can say I saw it.

CT: If the music is up loud, what is it most likely to be?

CR: It’s either going to be the Ramones or Van Halen. I just like having that double bass. And my mom used to date Joey Ramone. So Tommy taught me to play drums, and Blondie and the B-52s were my babysitters. Literally, this was my upbringing.

One of my (cross country) girls had a Ramones shirt on the other day. I was so excited. I took a picture and sent it to my mother.

CT: Did your student know it was a band.

CR: They get this stuff at Old Navy. They have no idea what they’re wearing.

CT: Did you learn to play anything other than drums?

CR: My mom used to buy me guitars and I’d break them — because I liked Kiss also. I thought that’s what you did.

CT: What three or four historical figures would you like to have dinner with?