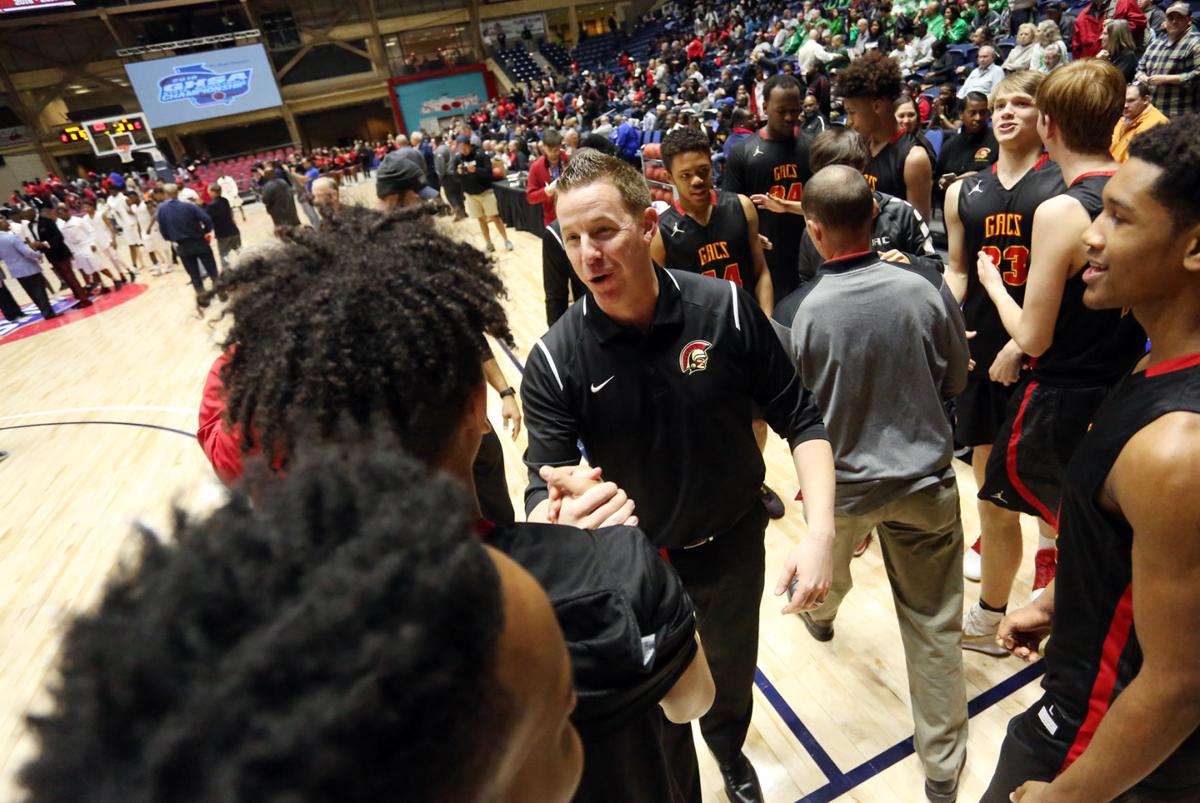 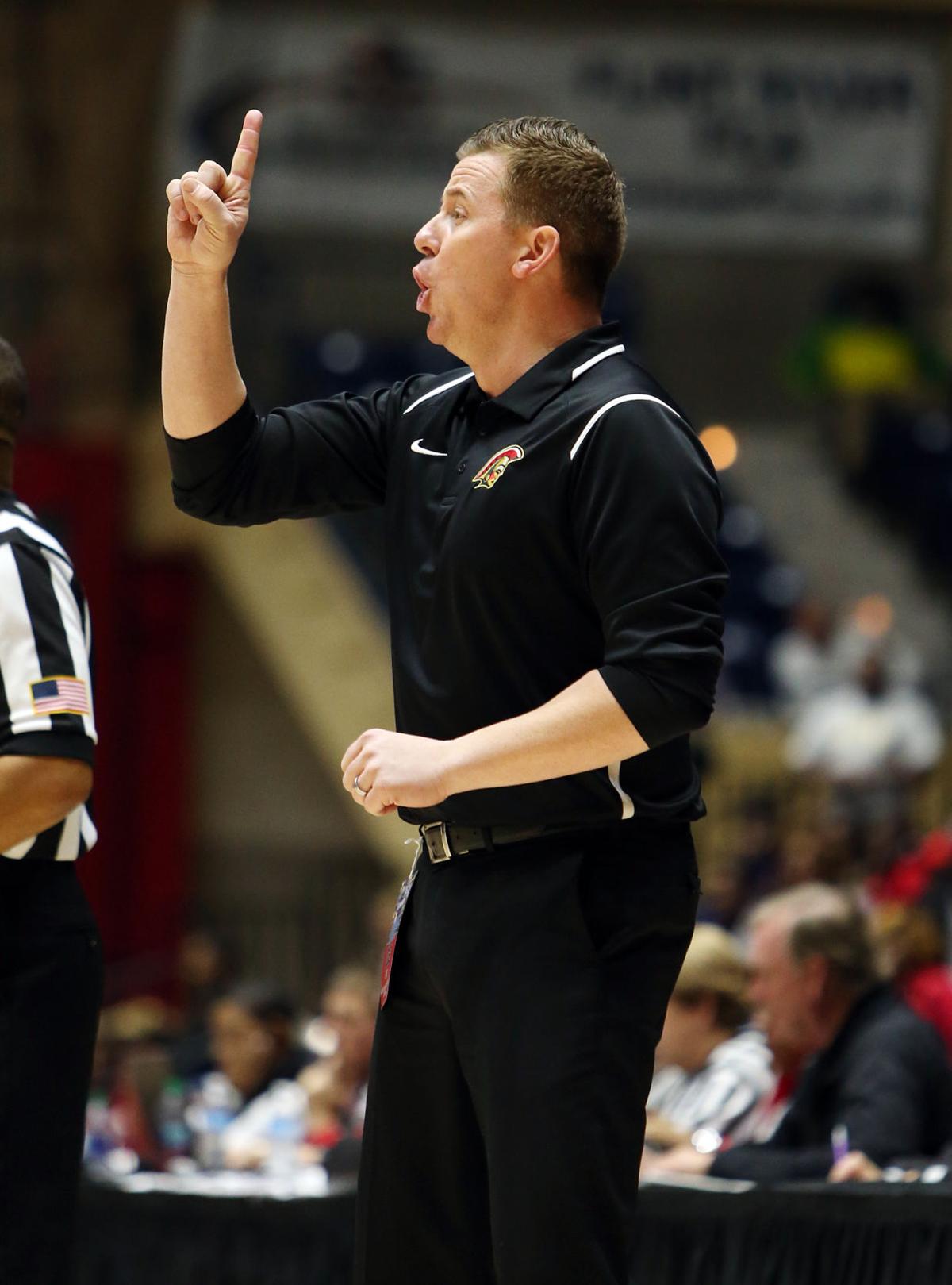 GAC's David Eaton calls a play during the second half of the Spartans victory in the AAA State Championship game on Thursday in Macon. (Photo: David McGregor)

GAC's David Eaton calls a play during the second half of the Spartans victory in the AAA State Championship game on Thursday in Macon. (Photo: David McGregor)

It’s not that Greater Atlanta Christian boys basketball coach David Eaton had low expectations for his team in the 2017-18 campaign.

After all, the Spartans returned most of the squad that placed second in Region 7-AAA and qualified for the Class AAA state tournament the year before.

Still, it can be forgiven if it seems GAC reached the pinnacle a little sooner than most observers expected after beating Jenkins 67-53 in the state championship game last Thursday in Macon.

But don’t count Eaton among those surprised.

“I knew we could compete with anybody,” Eaton said of his Spartans (28-3). “So I’m not surprised. But I am proud of our guys for doing it. After a couple of days now, I’m amazed at how far the guys have come. Last year,we lost in the first round, but we had a lot of players back. Everyone was bigger and stronger, but it’s how mentally tough and mature we’ve become that’s the big thing. It’s a lot of how well the guys have matured and how hard they’ve worked.”

Still, when one considers a few different factors, GAC’s run can seem a little quicker than expected.

For one thing, the Spartans won the title with only two seniors, relying on the team’s 10 juniors to help with the leadership roles on the team.

For another, GAC relied on a roster that doesn’t necessarily have the household names of Georgia’s strongest boys basketball recruits.

However, it is the ability of several other players to pitch in — like fellow juniors Chris Hinton (16 points, four rebounds, four assists in the title game), Ben Shepperd (15 points, three steals) and Roy Dixon (13 points, three steals) — that was perhaps the biggest keys to the Spartans’ success this season.

“We had a really good blend,” Eaton said. “We don’t rely on one superstar. Hunter is as reliable as anyone, and he does have that take-over mentality. But we have a lot of guys who can lead us. Ben Shepperd had one of his best games (of the season last Thursday). He hit a lot of big (3-pointers) and had a lot of assists, and he was all over the place. Roy Dixon is a solid point guard. Chris Hinton was really strong for us. So we’ve got four or five guys who can hurt you.”

If there’s anything that is really surprising about GAC’s run, it is probably the gauntlet the Spartans had to go through to earn the trophy.

By beating Pace Academy in the second round of the tournament, Johnson of Savannah in the quarterfinals, Morgan County in the semifinal and Jenkins in the finals, GAC went through the previous five years’ Class AAA state champions.

“Actually, we joked about that a little,” Eaton said. “I said I hoped people would keep picking against us, and it worked. That does matter when people don’t think you can win. It’s nice the respect you get. You kind of have to respect what we did.”

With only seniors Branden Harris and Jared Hamilton graduating from this group, expectations figure to be quite a bit different for the returning GAC team next season.

“That’ll be the challenge next season,” said Eaton, who won his first state title since becoming the Spartans’ head coach in 2015 and second in his career, including a South Carolina Class AAAA state title at Wando High School in 2014. “We had our season-ending meetings (Tuesday), and I told them to take a little break right now because there’s no such thing as continuing a season. It’s over. Next season is going to be a different animal.”