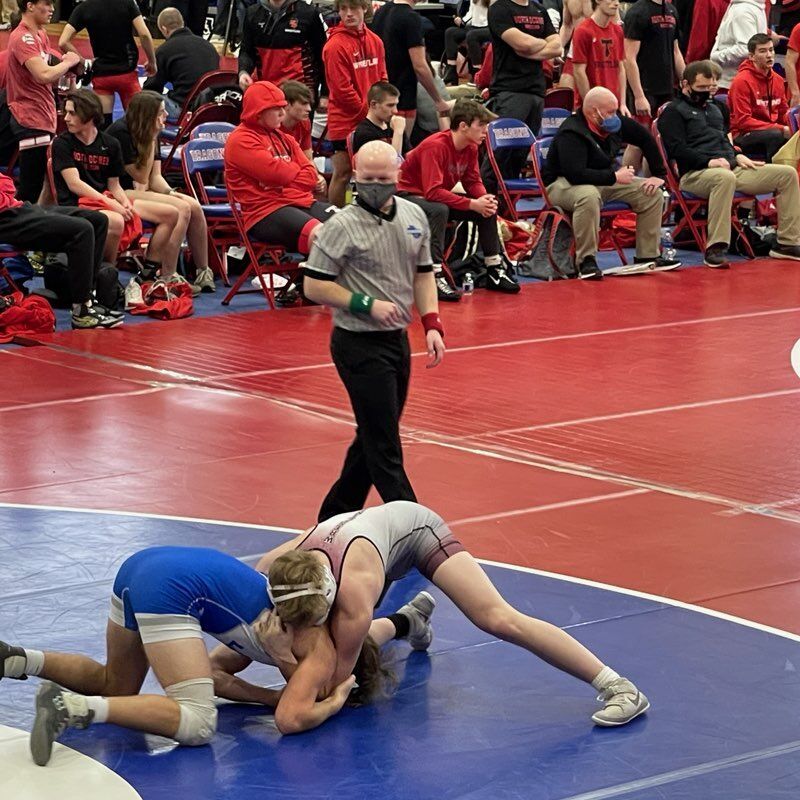 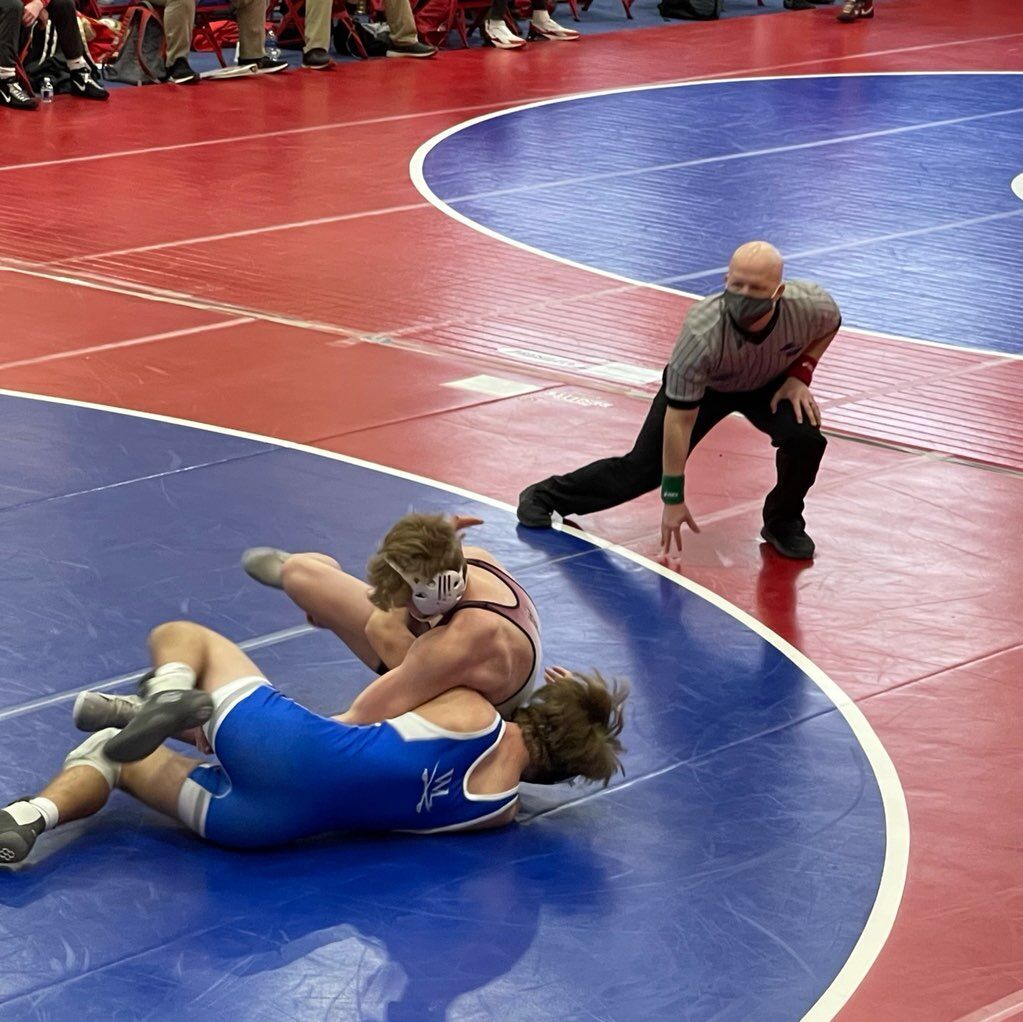 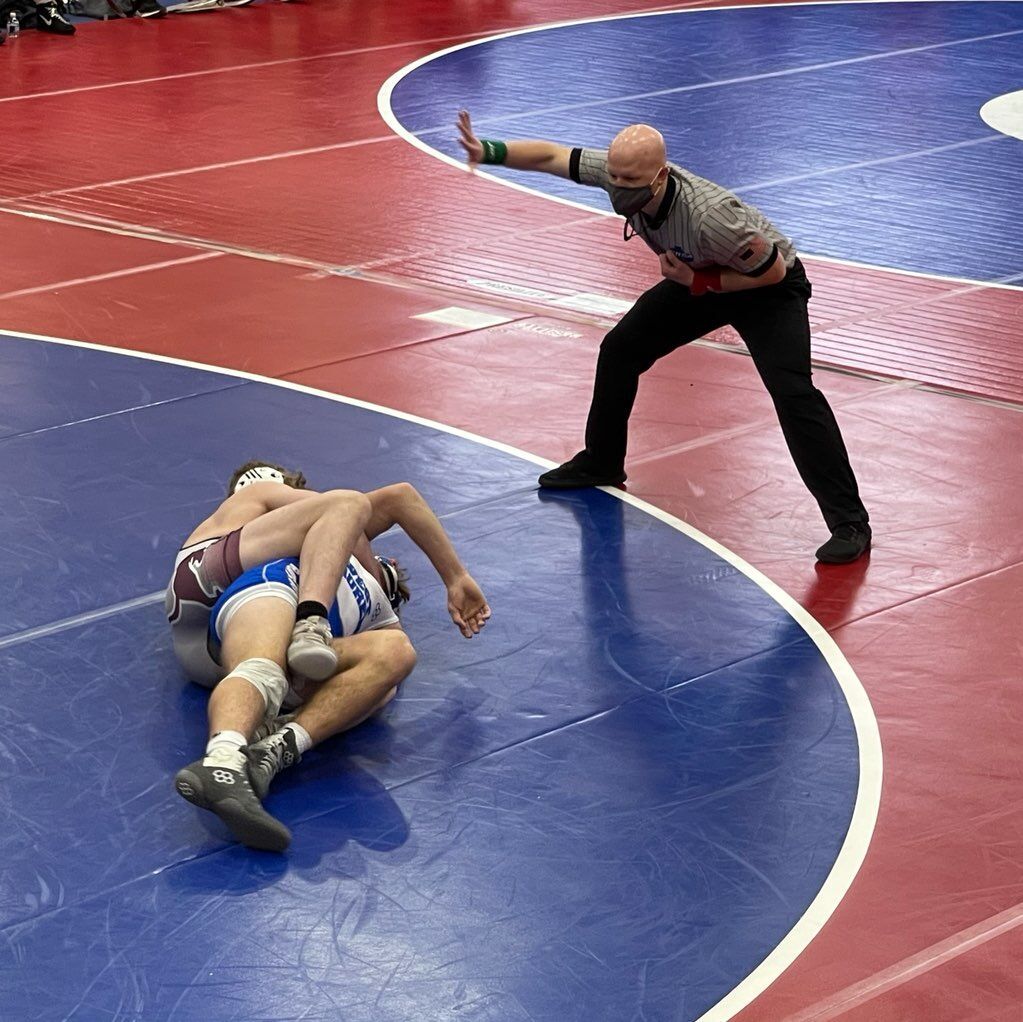 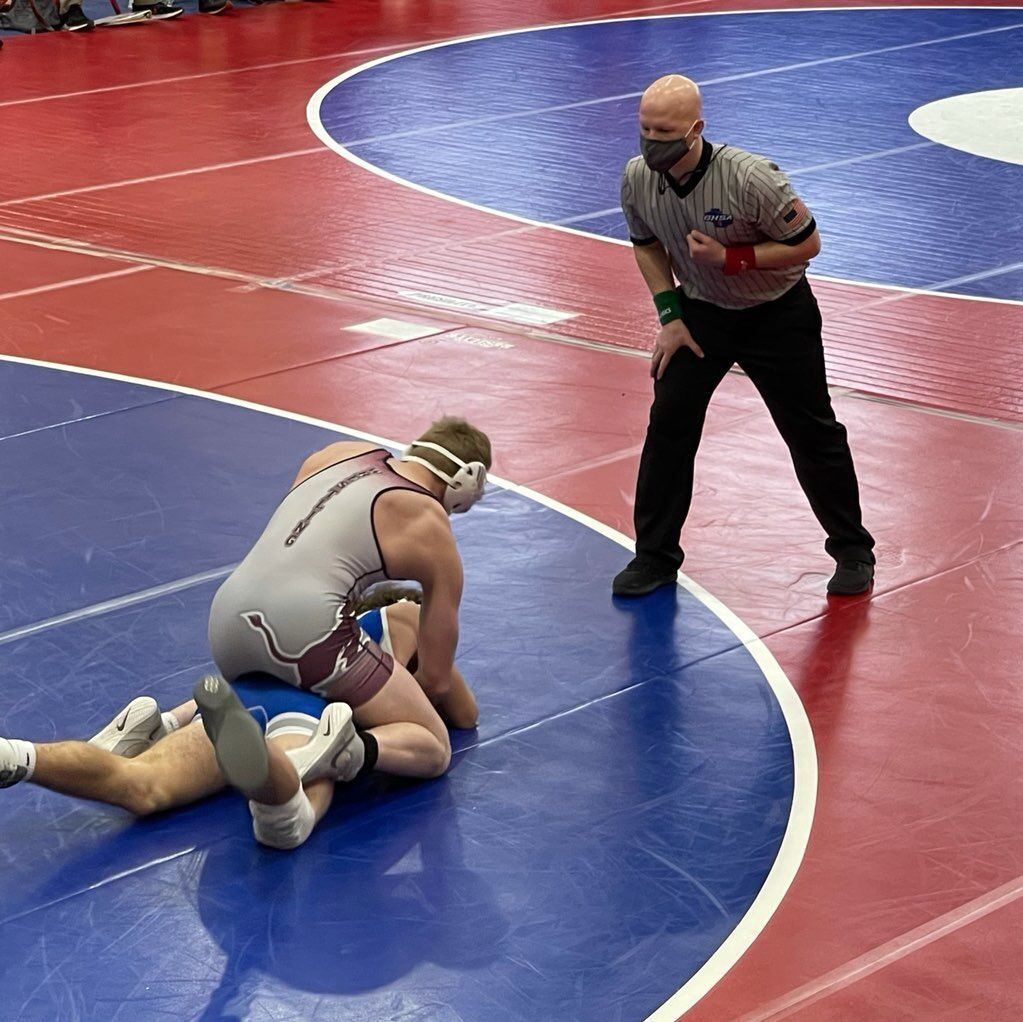 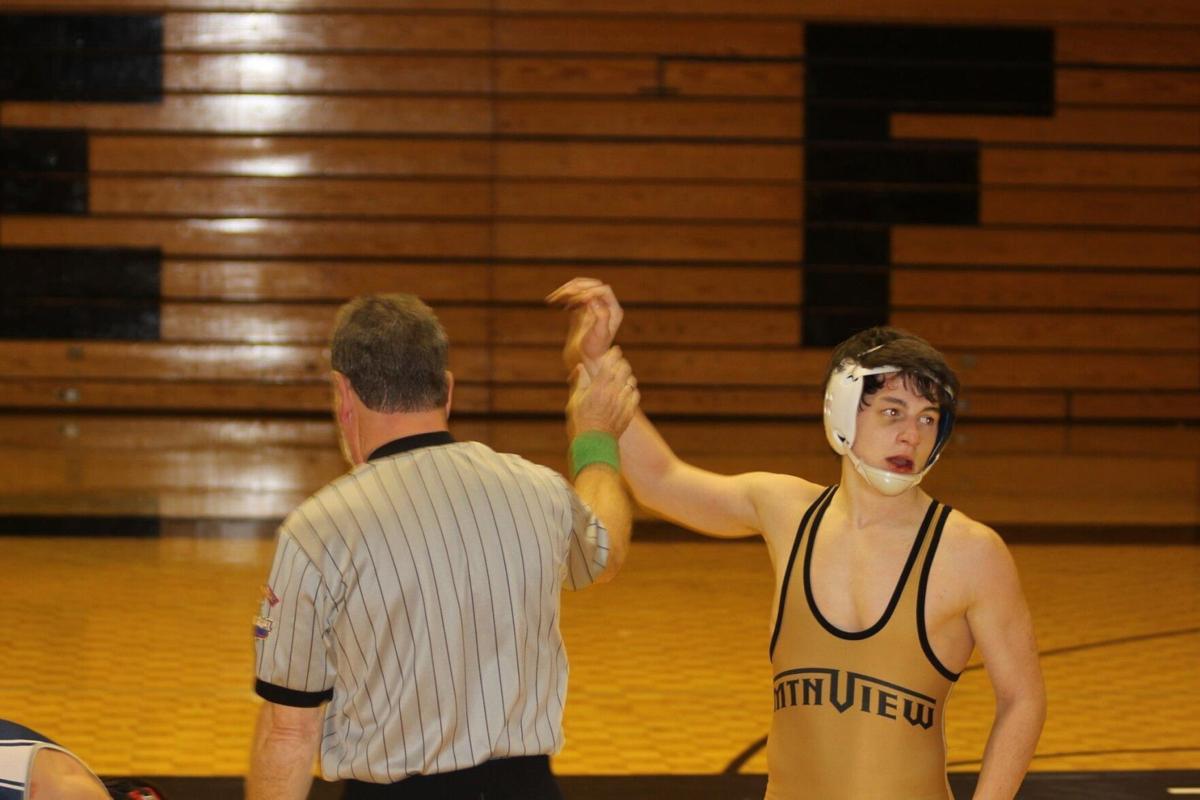 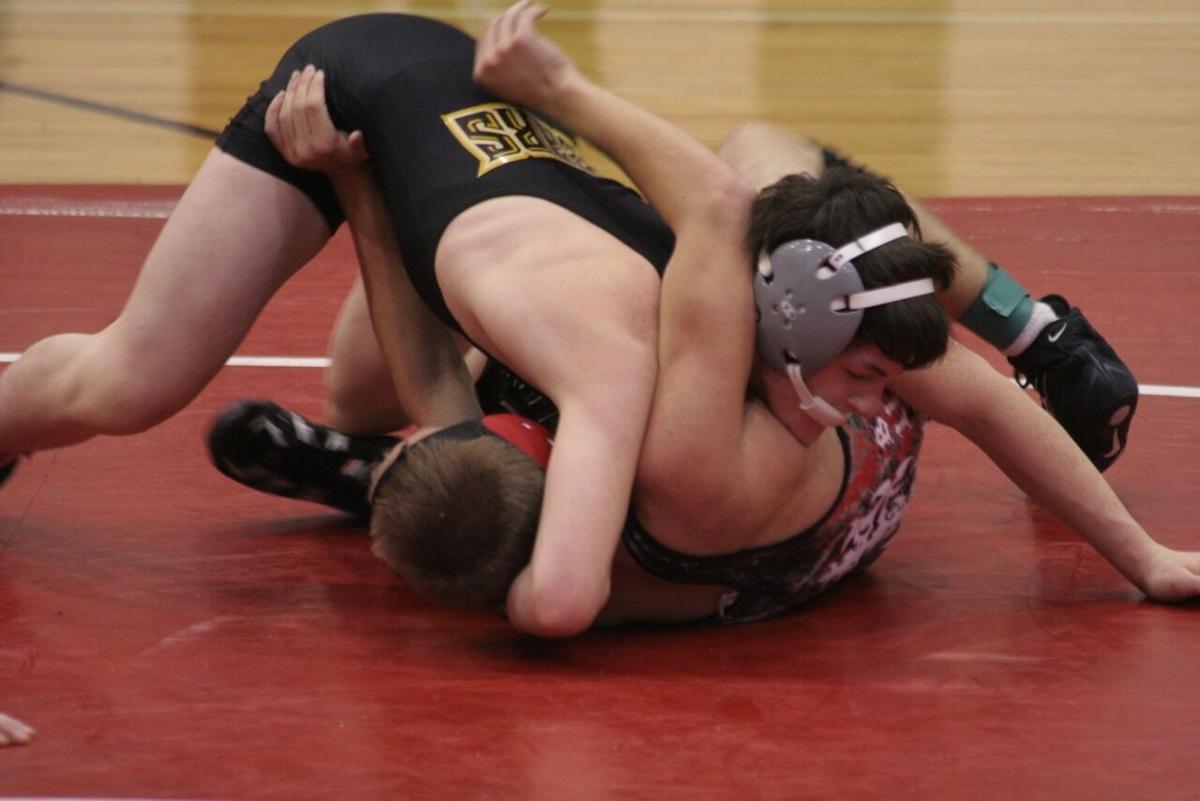 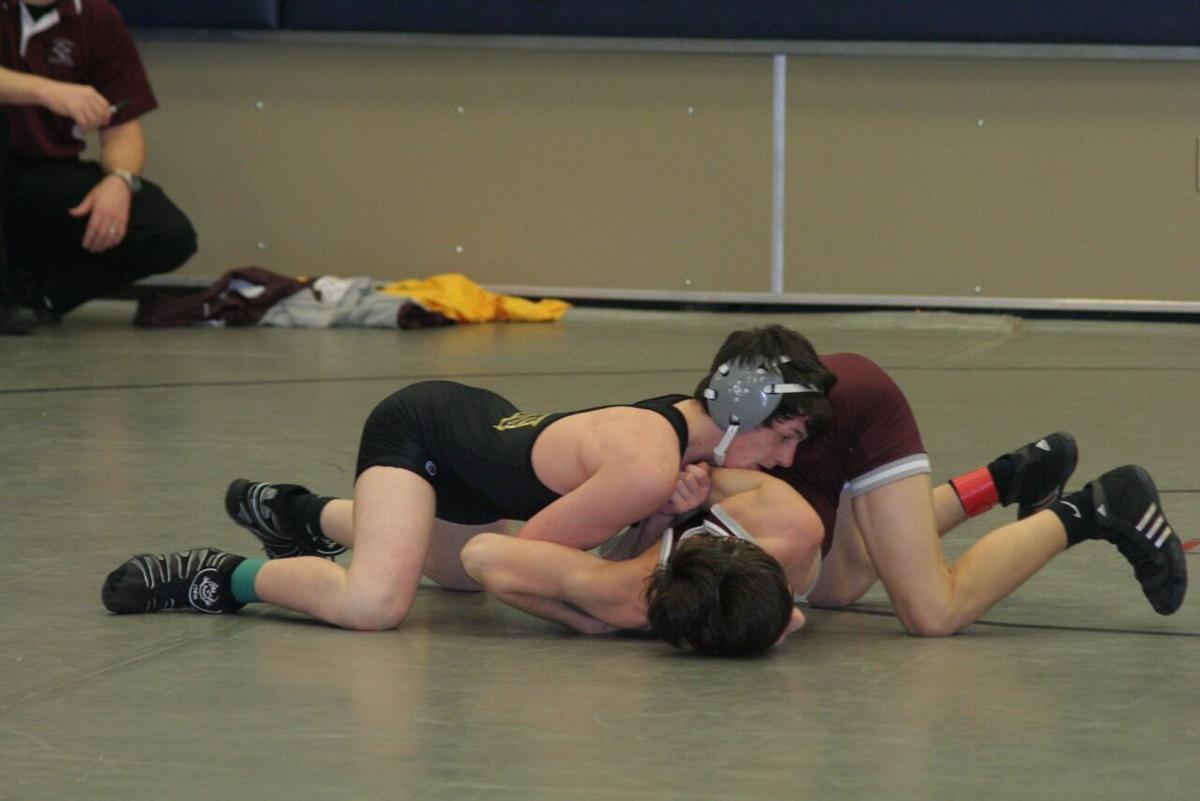 Kenny Cook was a two-time state wrestling tournament qualifier for Mountain View when an injury on the mat left him temporarily paralyzed and ruined his intentions to wrestle in college for Life University.

A doctor told Cook his wrestling days were over and he found himself grappling with new decisions about what to do next.

“Honestly, it was tough because you get a little more serious at the end of high school trying to figure out where you go next and figure out life,” Cook, now working in IT for Northeast Georgia Health System, said. “When plans go wrong it kind of disrupts the flow of everything. Not being able to compete anymore, it was tough at first but eventually, everything turned out fine.”

Wrestling had played a role in Cook’s life since he was a teenager. His stepfather, Craig Cothern, said Cook took away lessons about ethics and goal-setting from the sport. The more he listened to Mountain View head coach Jim Gassman discuss values, the more Cooked seemed to buy-in.

“He had a list of goals on his bedroom wall of all of the things he wanted to accomplish, and when he accomplished it, he crossed it off,” Cothern said. “Those are the things I see, not only in Kenny but in other wrestlers.”

Cook’s injury wasn’t the end of the road. Looking for a way to stay involved in wrestling, Cook decided he would try out refereeing. Officiating began as a way for Cook to make some extra cash in college, but it turned into something more.

“I kind of did it for that reason at first and then it kind of grew into more of I can actually stay in the sport, be around friends and be in the sport that I love and still have something to do,” Cook said. “It’s taken off from there and you fall in love with a different side of the sport.”

Cook started officiating for GHSA and oversaw matches during the 2021 state duels meet. He steadily moved up the officiating ranks and seized opportunities to work some world-class events. He officiated events involving some of the members of Team Georgia, a top wrestling organization in the state. He officiated a trial in Russia that included some of the world’s top wrestlers. Cook was invited to officiate last year’s Olympic trials before the COVID-19 pandemic postponed them.

Officiating has exposed Cook to the sport at an echelon that many never witness. But for Cook, his experiences are not about the privileges of traveling around the globe and meeting incredible athletes. It’s about giving back to a sport that shaped his character.

Cook said the more experience he gains on the mat, the more confident he’s felt being an official. Cook, whom some close to him describe as an introvert, is not shaken by criticism.

“At first it kind of rattled me a little bit as the years go on it doesn’t bother me too much,” he said. “It’s more of a respect thing. Once a coach respects you a bit more, you see it start to go away.”

His former coach, Mountain View’s Jim Gassman, said that Cook’s confidence has played into the success of his officiating career.

“I don’t know if it’s so much thick skin as much as it is, ‘I’m comfortable with what I’m doing,’” Gassman said of his former athlete. “He doesn’t take things really personally and smiles a lot, so he’s very approachable as a referee. That’s very helpful too.”

Cothern said Cook is studious about his refereeing responsibilities. Cothern said Cook made valuable relationships in the officiating industry, and believes his diligence in reviewing his matches and improving as an official have impressed people who, in turn, offer him unique opportunities.

“It’s something he thoroughly enjoys and it really is nothing about being in the limelight,” Cothern said.

“They really, since 2009, have dove in and become a great wrestling family,” Gassman said. “They didn’t have a wrestling background and joined here at Mountain View. Now it’s a huge part of their life.”

Cothern said the values his children learned through wrestling match up with their family’s values. It’s led him and Cook to give back the sport they feel has given them something to cherish: time to spend together and a common passion.

“It really has become a family affair because of what it gives back and the positive impact it gives to the community,” Cothern said.