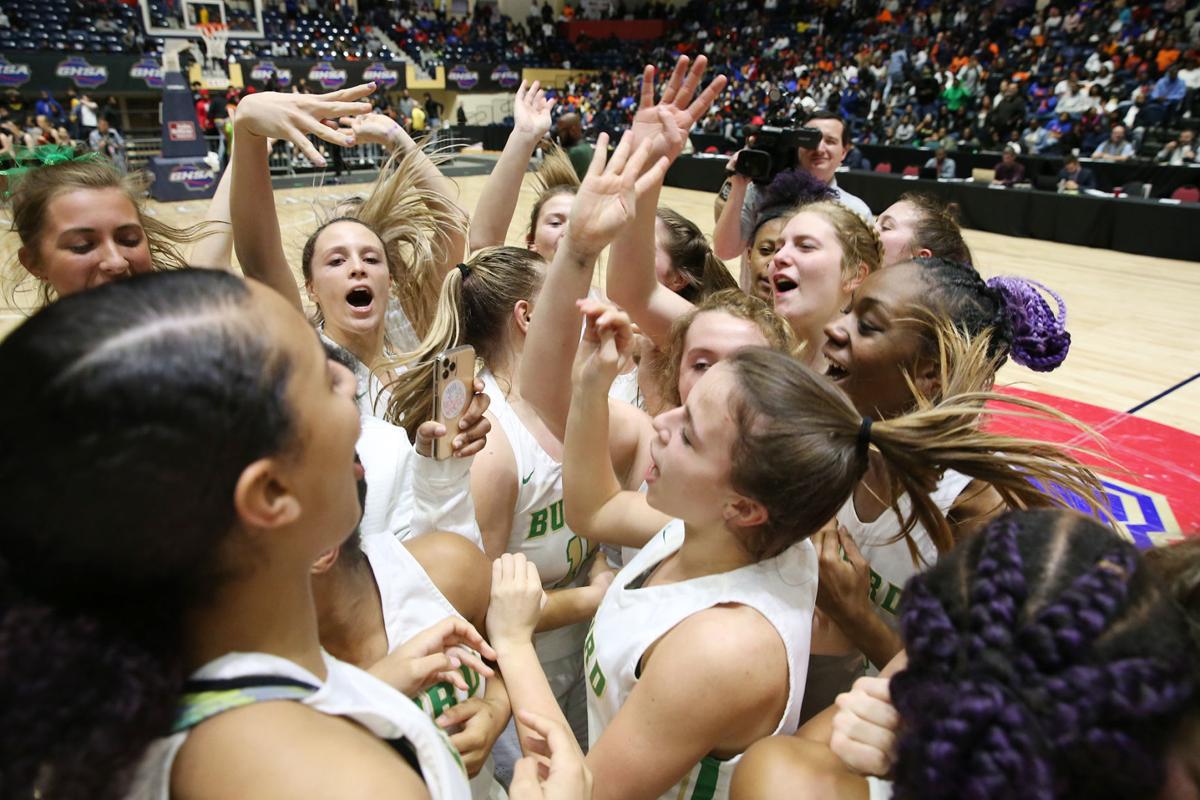 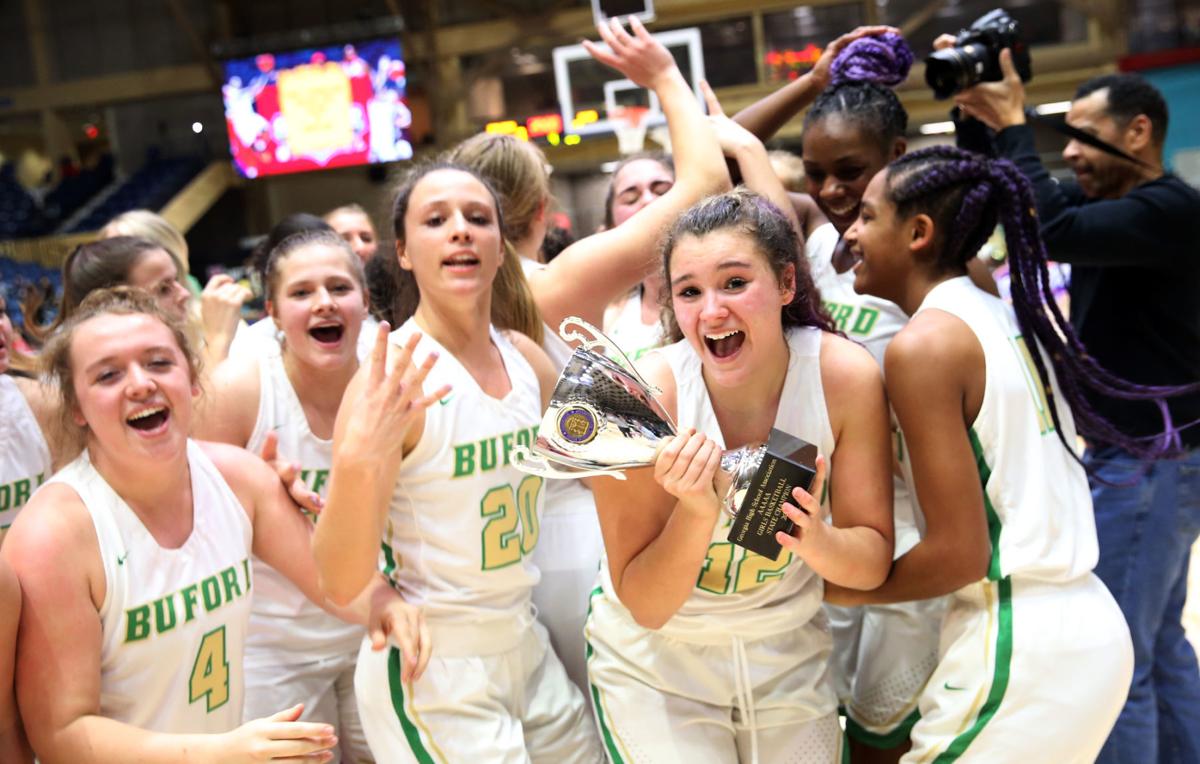 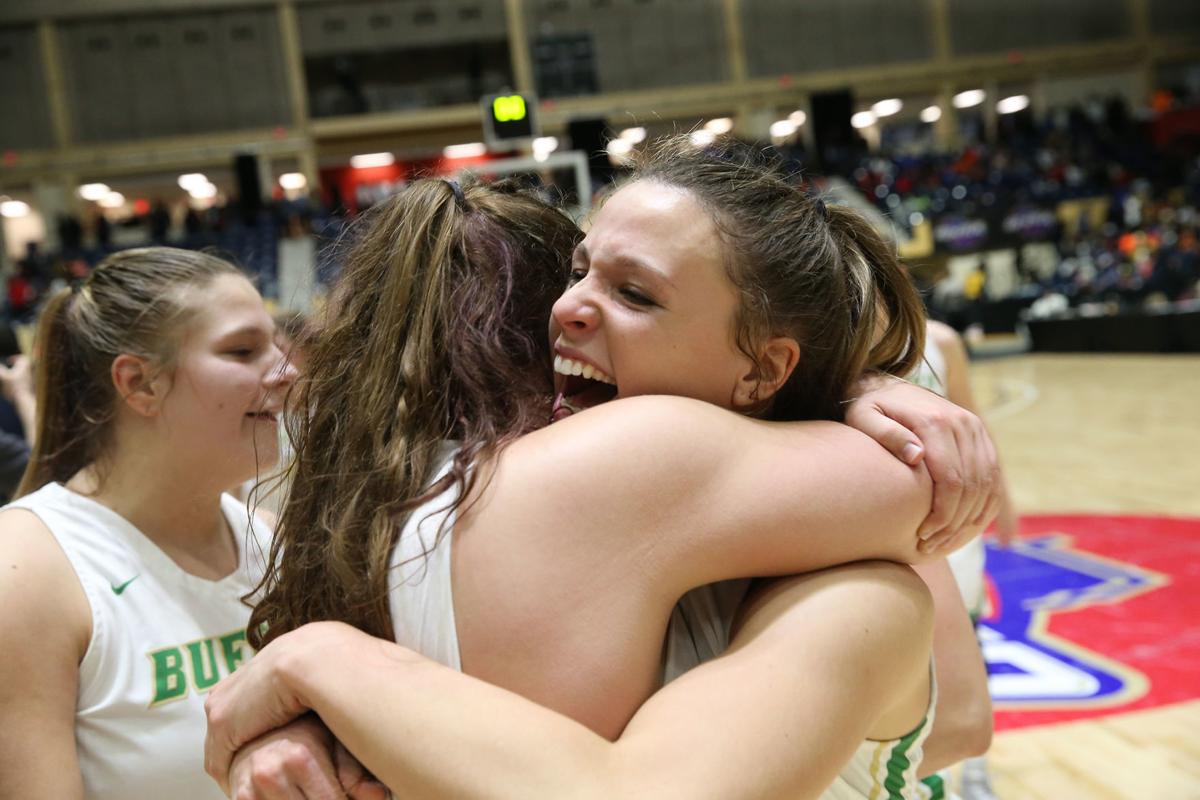 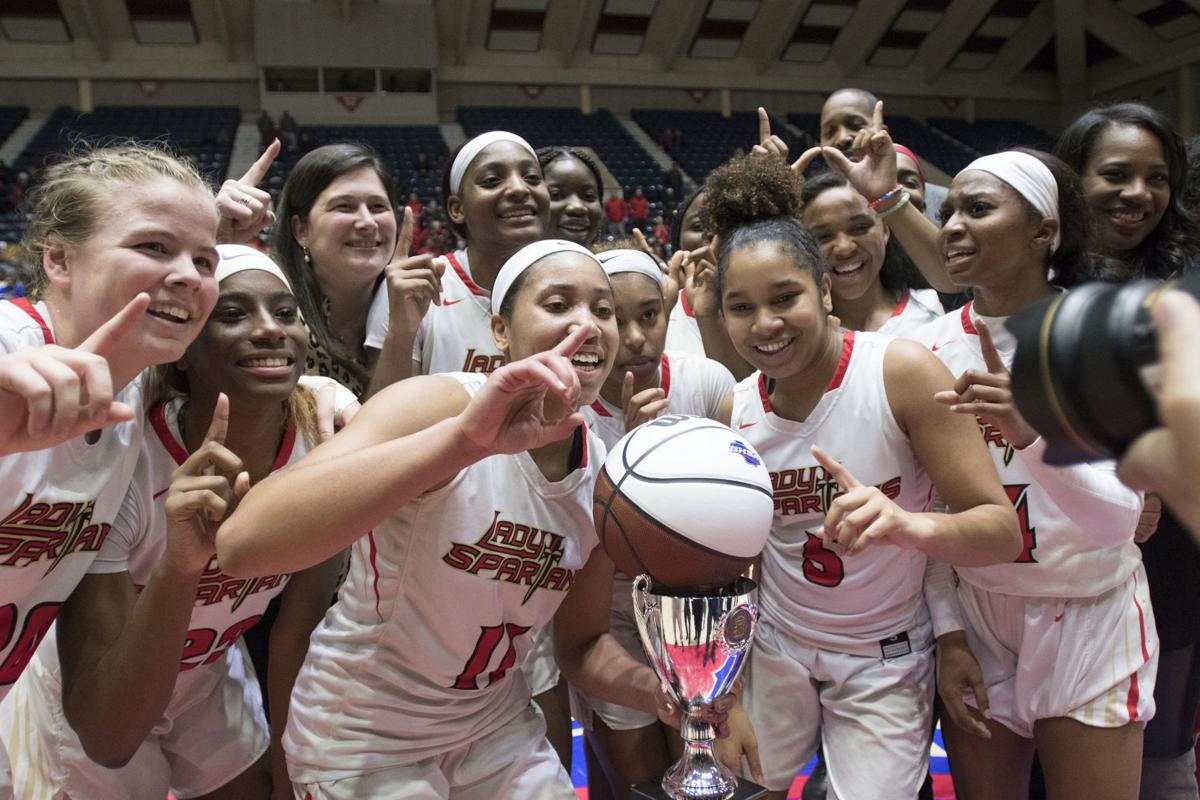 Greater Atlanta Christian girls basketball players and coaches pose for a photo after winning the AAA state championship in Macon.

Greater Atlanta Christian girls basketball players and coaches pose for a photo after winning the AAA state championship in Macon.

There was a little bit of everything for Gwinnett County’s five boys and girls high school basketball teams playing for state championships at the Macon Centreplex this past weekend, including plenty of high drama, surprise and a roller coaster of emotion.

In the end, the girls teams at Buford and Greater Atlanta Christian were the only two to come home with championship trophies, and their paths to their titles in Class AAAAA and AAA respectively were paved with some interesting comparisons and contrasts.

The main similarity has to do with overcoming dry spells that could have sunk their chances in their title games.

In GAC’s case, the Spartans (22-10) endured a nightmarish third quarter in their 54-44 win over Beach in the Class AAA title game Thursday in which they were held to only six points.

That drought turned a 24-22 halftime lead into a 32-30 deficit and confronted they with a moment of truth, one they stared down to recover and grab hold of GAC’s first state title since 2007 behind a team effort led by Kaleigh Addie’s 28 points and Ava Irvin’s 13 points on the offensive end and a determined defensive effort led by Laurren Randolph.

“So in the fourth, you saw what I see every single day — them say, ‘It’s go time.’ Realizing the game was on the line, realizing what had to be done in order to win, when it’s time to turn it on, man, we saw tonight what we’re capable of.”

Buford’s (31-1) moment of truth came a little earlier, and was more prolonged, in Friday’s Class AAAAA championship game against Kell.

Specifically, the Wolves looked very much in as much command as they’ve been throughout the state tournament and the season after taking an eight-point lead early in the second quarter.

But a nearly three-minute scoreless stretch allowed the Longhorns to pull back into the game and then some with a 16-0 run that vaulted them into an eight point lead lead in the first half.

It was one of several times Kell battled back after Buford seemed ready to take control, but the Wolves managed to withstand all those charges, including a late 3-point barrage by Kell’s Crystal Henderson to hold on for a 66-63 win to hand the Longhorns (32-1) their first loss of the season.

But as head coach Gene Durden pointed out, it was hardly the first test the Wolves faced during the 2019-20 campaign.

“I just think that playing the schedule that we play prepares us for this,” Durden said, who has guided the Wolves to eight state championships in his 15 seasons as head coach. “That was the key, I feel like. Being in those wars, our kids didn’t panic. They kept their cool and composure. Our athletic director (Tony Wolfe) talks about poise and class, and (Friday) night, they showed a lot of poise. They really did.”

“It’s such an amazing moment,” said Klein, who did a little bit of everything for the Wolves Friday night. “It’s such a blessing to be able to go out and have those memories. It’s all the hard work we’ve put in. Every practice, we do every little thing to be prepared for all these moments. When these moments come, we get it done.”

The moment was not so happy for Gwinnett’s three other teams in the finals, with each suffering varying degrees of disappointment.

For Collins Hill’s girls, the issue stemmed for coming up short against what has turned out to be the thorn in their collective side again in Saturday’s 72-53 loss to Westlake in the Class AAAAAAA title game.

The loss, which came despite double-doubles from Sacha Washington (16 points, 11 rebounds) and Asjah Inniss (13 points, 10 rebounds) and 14 points from Eden Sample, not only kept the Eagles (31-1) from their first state title and undefeated season since 2007, but also marked the third straight season they have been eliminated from the tournament by Westlake (30-2).

Head coach Brian Harmon was more philosophical about the loss and how it demonstrates how far his team still have to go to knock off the Lions and get back to the top.

“You’ve got to own what you do,” Harmon said. “The truth about life is you work hard, you try to make something happen and you have to take what you get from it.

“They’re the best team we’ve played the last two years. It’s just one of those things where you have a team that you’ve got to overcome. In football, New England was the team you had to beat in order to win the Super Bowl. Right now, Westlake is that team.”

Mayweather admits it will take a few days for him to fully digest the Longhorns’ (26-6) 69-66 overtime loss to Chattahoochee in Class AAAAAA, as well as their journey to their first championship game appearance in program history.

“They guys worked their tails off all year long,” Mayweather said. “I probably can’t do it justice right now, but the coach in me is thinking about all the things that could’ve been different. But to take a group of guys that nobody (else) really, truly believed in and be in this moment — not only be there, but embrace it and be in an overtime game — is a testament to these kids. They deserve all the credit in the world.”

By contrast, a lot of people believed in Grayson’s boys (30-2) as they came into the AAAAAAA title game against Wheeler.

So it was a shock for the No. 1 state-ranked and consensus top-five nationally-ranked Rams when they fell 60-59 on a Sam Hines Jr. free throw with 1.1 seconds left, especially after they had rallied from an 11-point deficit to build as much as an eight-point lead with just over five and a half minutes left.

As bitter a pill as the loss was to swallow, Pierce was able to see everything that went right for team in what was a historic season that saw a school record for wins and the program’s first berth in the state finals.

“I’m proud of the way they went through the whole season with a target on their back,” Pierce said. “But I’m at a loss for words. We’ve got to close the game out. … Life can be that way sometimes, I guess.”