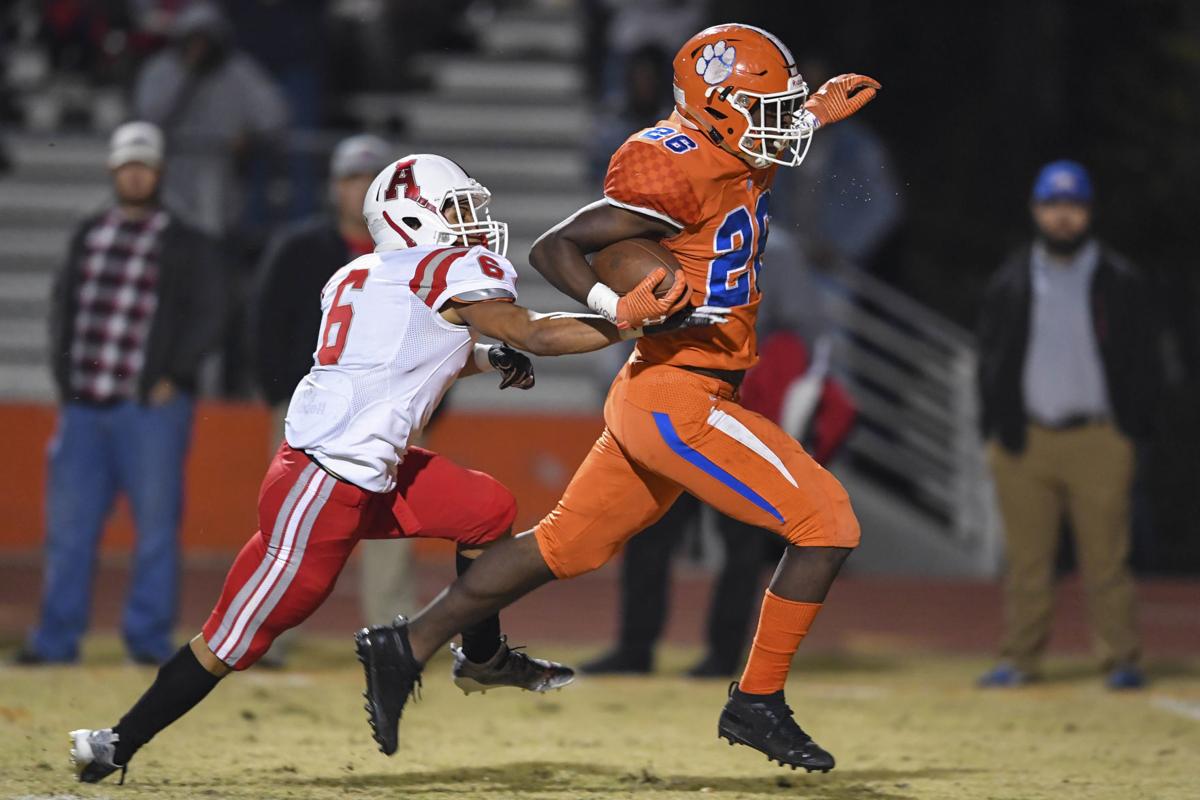 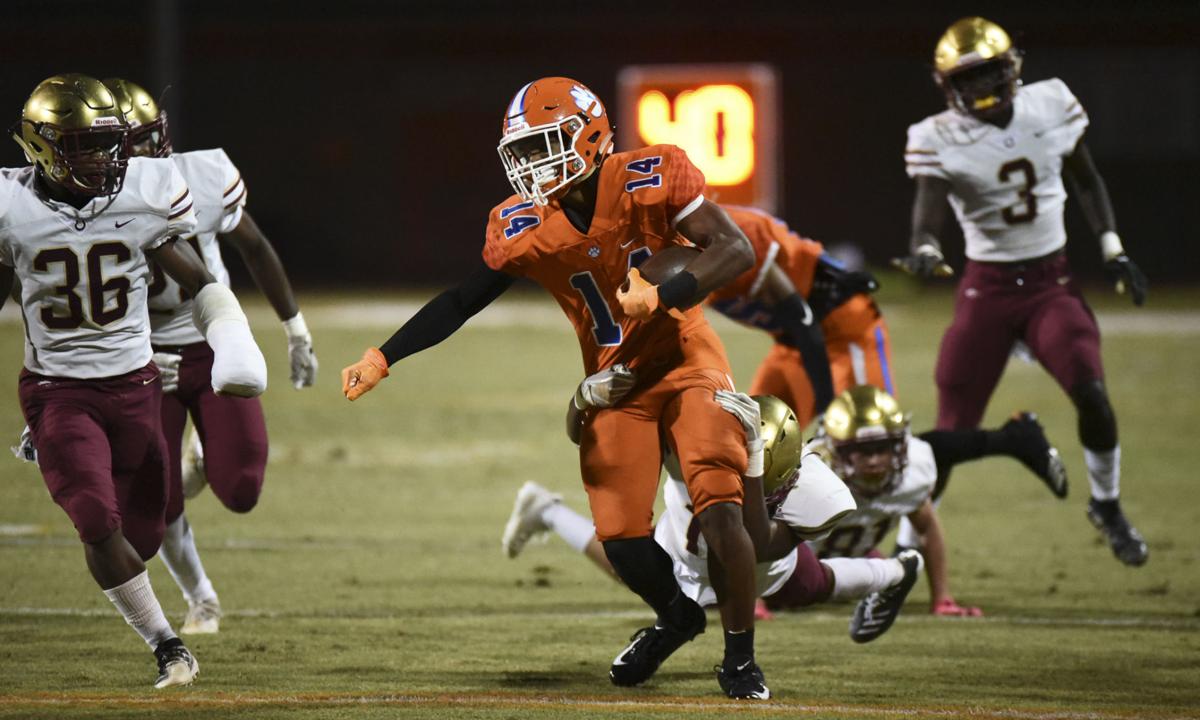 Parkview’s Jared Brown runs after a catch during a game against Brookwood earlier this season.

Parkview’s Jared Brown runs after a catch during a game against Brookwood earlier this season.

Considering the weapons it had coming back for the 2019 high school football season, a lot was expected from the Parkview offense this fall.

And the No. 7 state-ranked Panthers (12-1) have definitely lived up to the preseason billing, as they’ve rolled up 5,413 yards of total offense and averaged 37.6 points per game heading into Friday’s Class AAAAAAA state semifinal game against sixth-ranked Marietta (11-2) at the Big Orange Jungle.

But as productive as the triumvirate of Brown, one of top rushers in Gwinnett and all of Georgia at 1,479 yards and 18 touchdowns, Williams (2,164 yards, 20 TDs) and Daniels (52-809, 8 TDs) have been, there’s a good chance Parkview wouldn’t be heading into its first trip to the semifinals since 2004 without the contributions of some lesser-known names.

The numbers put up by the likes of running back Tyler Curtis and receiver Jared Brown, are good enough on their face.

And while that production technically makes both the second options at their respective positions for the Panther offense, both have hardly been mere second bananas.

“We had high expectations for all of our receivers (coming into the season),” Parkview coach Eric Godfree said. “And (Williams) does a good job of spreading the ball around to all of them and taking what the defense gives him.

“We (also) knew early on we’d get Tyler some carries, but the way he has come on, we can split carries (with Cody Brown) now. And it does help Cody have fresh legs and continue to pound on defenses. It has been a pleasant surprise.”

Curtis has been a particular spark for the Panthers in recent weeks.

Filling in for an injured Cody Brown, he piled up 156 yards and three scores to help lead Parkview to a 38-14 win over Central Gwinnett in the regular-season finale on Nov. 8.

Since that coming out party, Curtis has run for nearly half his season yardage and seven touchdowns over the past four games, including 154 yards and two TDs on 11 carries in last week’s quarterfinal win over Archer, and giving the Panthers yet another ground weapon upon Brown’s return the following week.

“It’s the same mentality that I always had — to run hard and just do what I do. Because I had that opportunity to shine, I just did what I had to do.”

Godfree couldn’t be any prouder of Curtis and the way he’s responded to be ready for his opportunity.

“You always tell kids to be prepared for the moment,” Godfree said. “Obviously, Tyler Curtis prepared himself well for that moment. You don’t prepare for one day. He prepared all offseason and all during the season (to get) ready for his opportunity, and he absolutely made the most of it. Every since that time, it’s been a two-headed monster.”

Meanwhile, Parkview’s receiving corps has been a multi-headed monster throughout the season, with five different individuals having pulled in at least 14 catches on the season.

But it is the season-long emergence of Jared Brown, who had just 10 receptions for 164 yards and two TDs a year ago, as a co-No. 1 option with along with Daniels that has really diversified the Panthers’ passing game.

Likewise, while Curtis and Cody Brown are of similar size, they do run with somewhat different styles, which the former says also gives opposition defenses something more to think about.

“If one team prepares for how Cody runs, that opens up opportunities for me,” Curtis said. “And if they prepare for how I run, (they won’t be as) prepared for Cody. With Cody, most people when they try to tackle him, they go for his legs. Most people think … they can just hit me up high not knowing the training I go through … at school. I run as hard as Cody, and it just helps.”

But while the emergence of both Curtis and Jared Brown has proved to help add to the offense’s depth and help keep Cody Brown and Daniels fresher, the most important thing to Godfree is who it hasn’t taken anything away from the chemistry and unity among the individual offensive players.

In fact, he thinks it has made the bond between the players even stronger.

“It’s been great … because Cody’s such an incredible team player, and he’s just as happy for Tyler Curtis when he scores a touchdown and does anything,” Godfree said. “You’re talking about something that promotes team unity and that kind of stuff. … It makes everybody around them better. They really start feeding off each other.

“And it’s the same way (as with Jared Brown and Daniels). They both want to win and are super teammates when (the other does) well.”