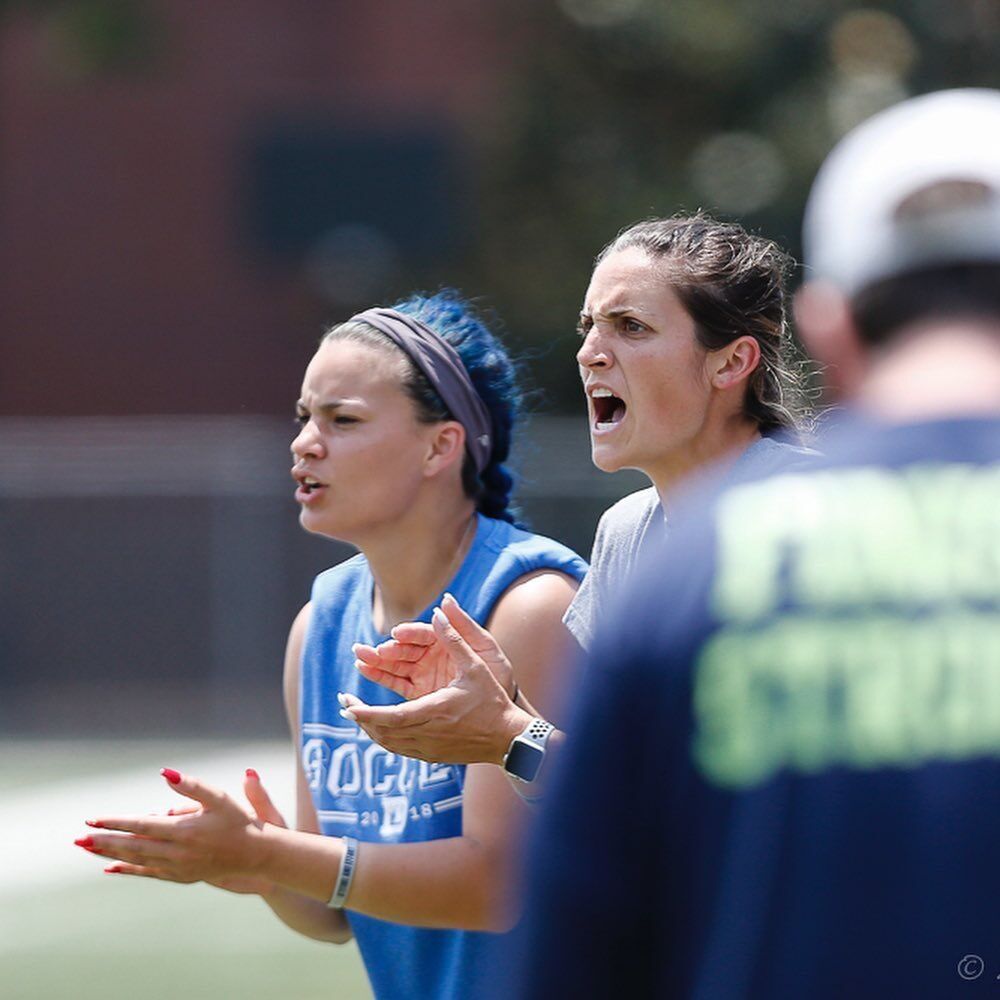 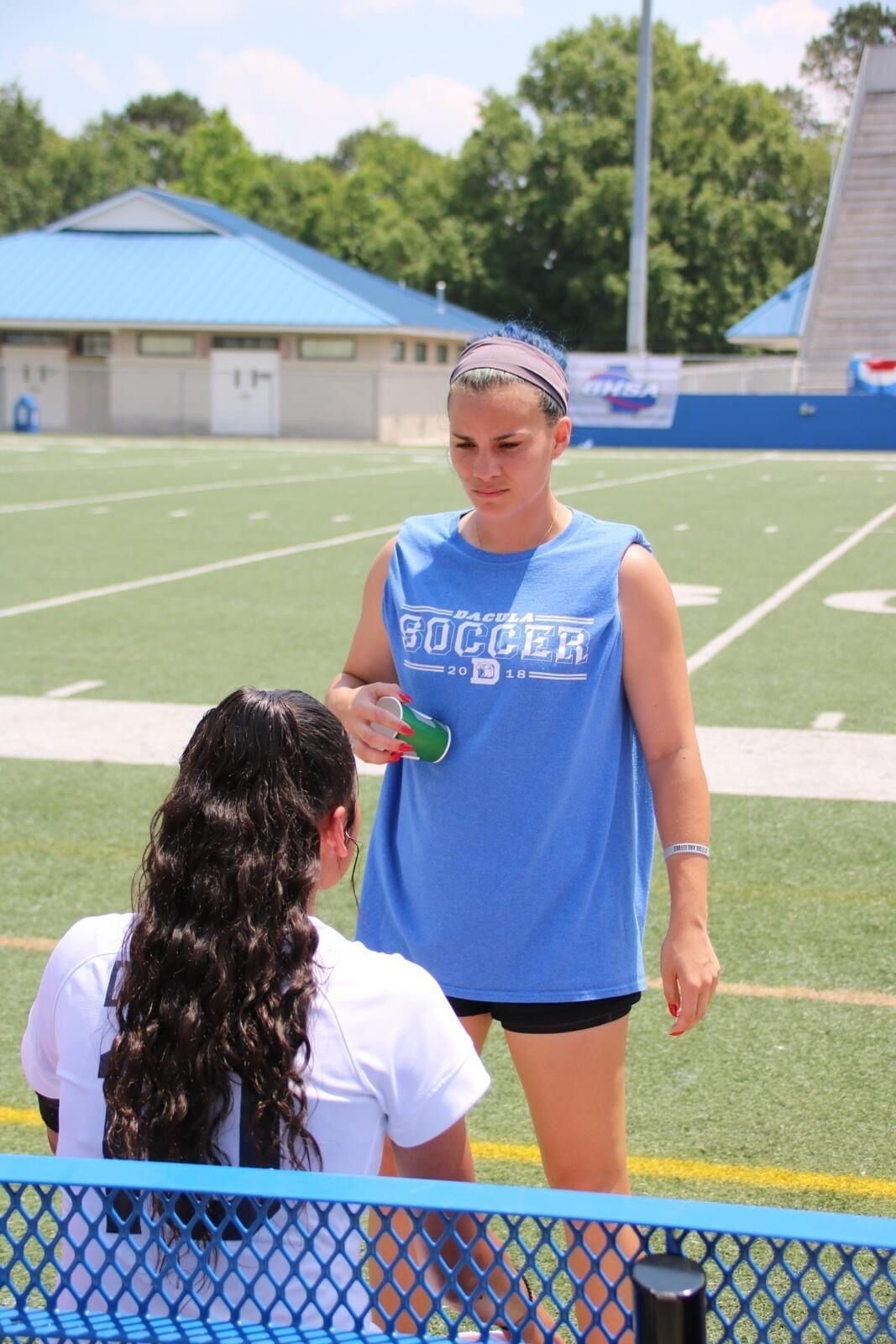 Brooke Bortles on the sideline during a Dacula girls soccer match.

Brooke Bortles on the sideline during a Dacula girls soccer match.

While the Dacula girls soccer program is changing leaders, it will maintain continuity with the new hire.

The Falcons promoted assistant Brooke Bortles to head girls soccer coach as a replacement for Colleen Foy, who has accepted a teaching job and assistant coach role at Buford. Bortles, a North Gwinnett grad, and Foy, a Mill Creek grad, teamed up to lead Dacula to the 2019 state championship, the first state title for a girls team in school history. The team went 18-2 in the state title run.

Foy, who has worked at Dacula since 2015, was promoted to the Falcons’ head coach for the 2018-19 school year when Mark Karen left to become an assistant principal in Forsyth County. Bortles joined the Dacula coaching staff in 2017 as an assistant to Karen, her former high school coach at North.

“Coach Foy did an outstanding job in her years as head coach,” Dacula athletic and activities director Zach Smith. “Under her direction, the program achieved unprecedented success. Colleen was a bright star in our coaching and teaching community. She will be missed. We are grateful for her overall contributions to student success at Dacula High School.

“We are thrilled about the direction of our program under Coach Bortles. She has valuable experience in the program, serving as Coach Foy’s right hand the past three years and previously coaching under Mark Karen. She has a tremendous passion for the game and will continue to lead the program in a positive direction.”

Bortles also won a state championship as a player at North Gwinnett before playing four years on successful Clayton State University teams. The 2012 North grad got into high school coaching at Dacula when Karen hired her to his staff not long after graduation. The school also gave her a chance to work in special education, her goal after college.

“I helped my dad when I was growing up when he was in a motorcycle accident — he was paralyzed from the neck down — and I’ve always wanted to help people with disabilities,” said Bortles, who was 8 when her father Randy, a fixture in the Gwinnett and Georgia wrestling community, as well as a member of the National Wrestling Hall of Fame, was paralyzed. “I definitely wanted a career that gave me an opportunity to feel like I’m doing something important.”

She didn’t know at first her career would include high school coaching.

“I think it just kind of happened naturally,” Bortles said of her start in coaching. “I knew I wanted to work with special ed and when I saw Coach Karen one time, he said, ‘If you ever want a job, let me know.’ I thought coaching would be pretty cool. I did it at TYSA in club and with summer camps. I thought it could be pretty fun and I enjoyed high school soccer a lot myself.”

Now Bortles is in charge of her own high school soccer program.

“I’m really grateful for the opportunity,” she said. “I’ve really grown from working around Colleen and Mark. Mark pretty much gave me the opportunity to come here. I wouldn’t be here and I wouldn’t have met Colleen without him having that reference. I’m really excited about it. I’ve grown relationships with this team for four years now and I’ve seen these girls come from freshmen to seniors and I’ve grown to love them like little sisters. … I’m really excited for the opportunity. I’m nervous about it, but I’m an excited nervous. I’m pretty confident about what we can do to keep growing the program.”