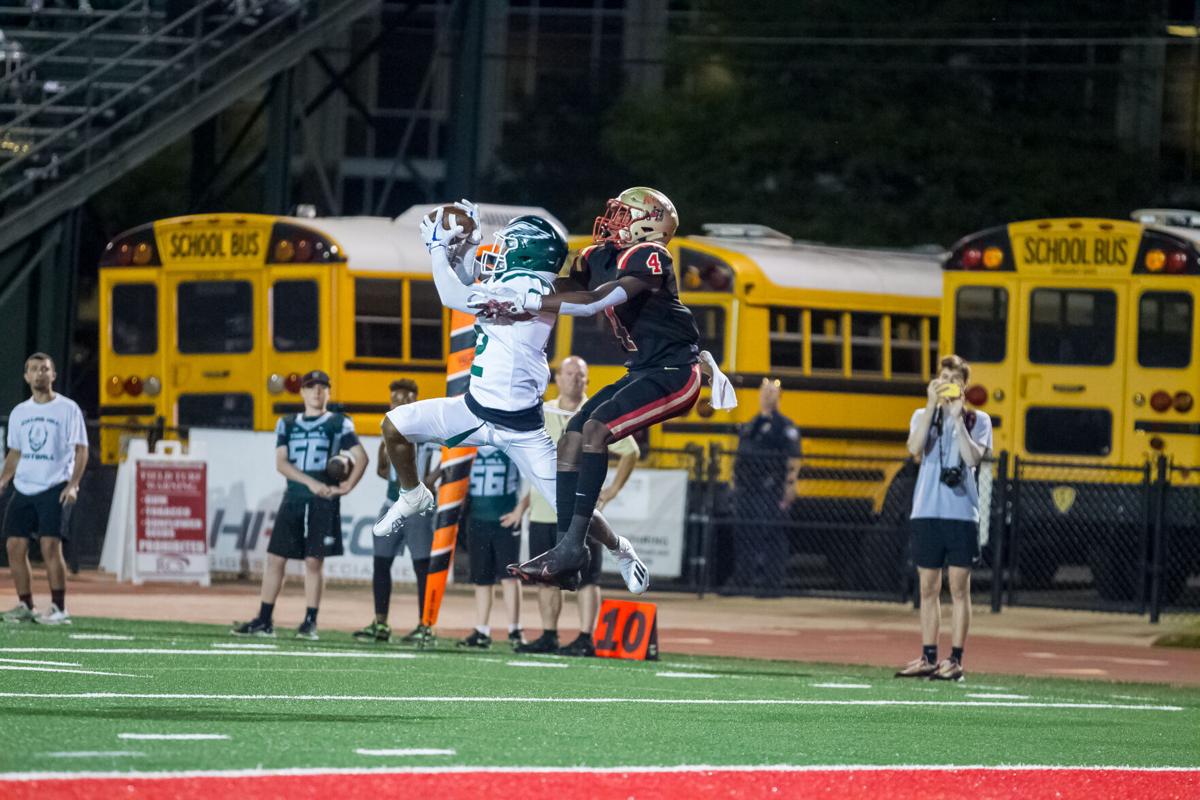 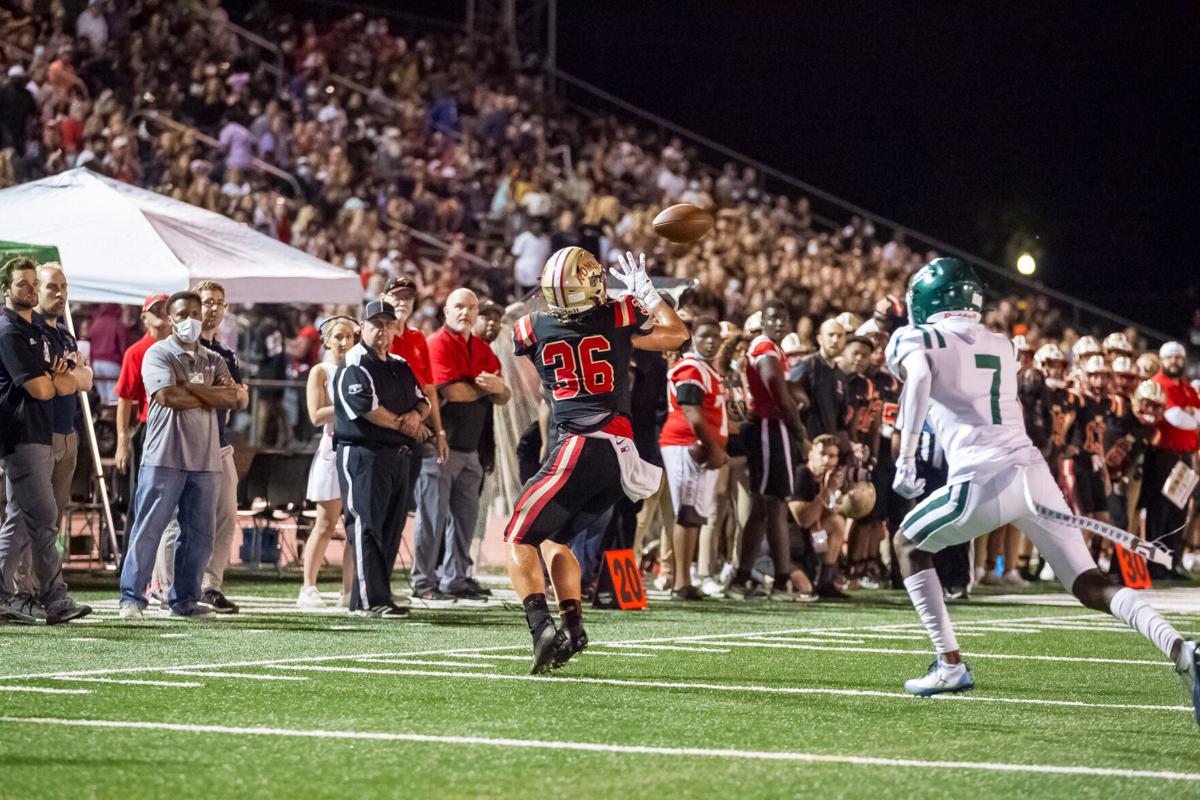 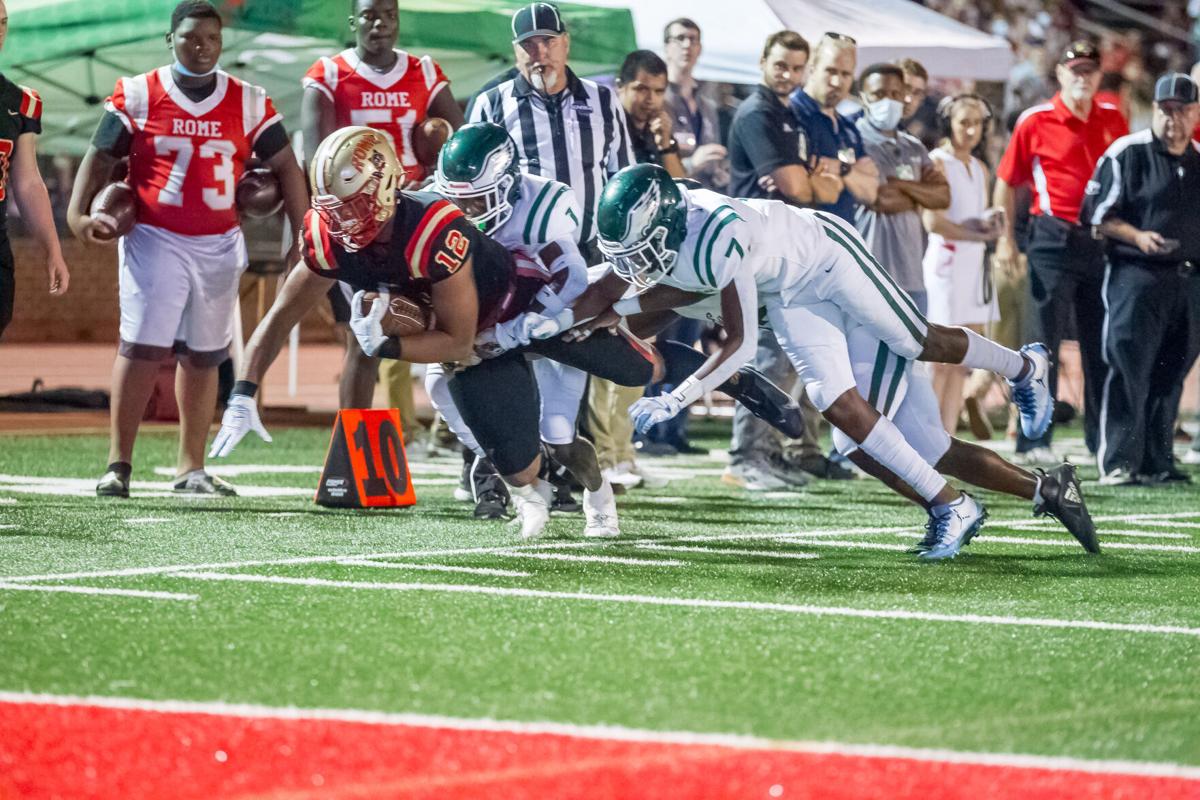 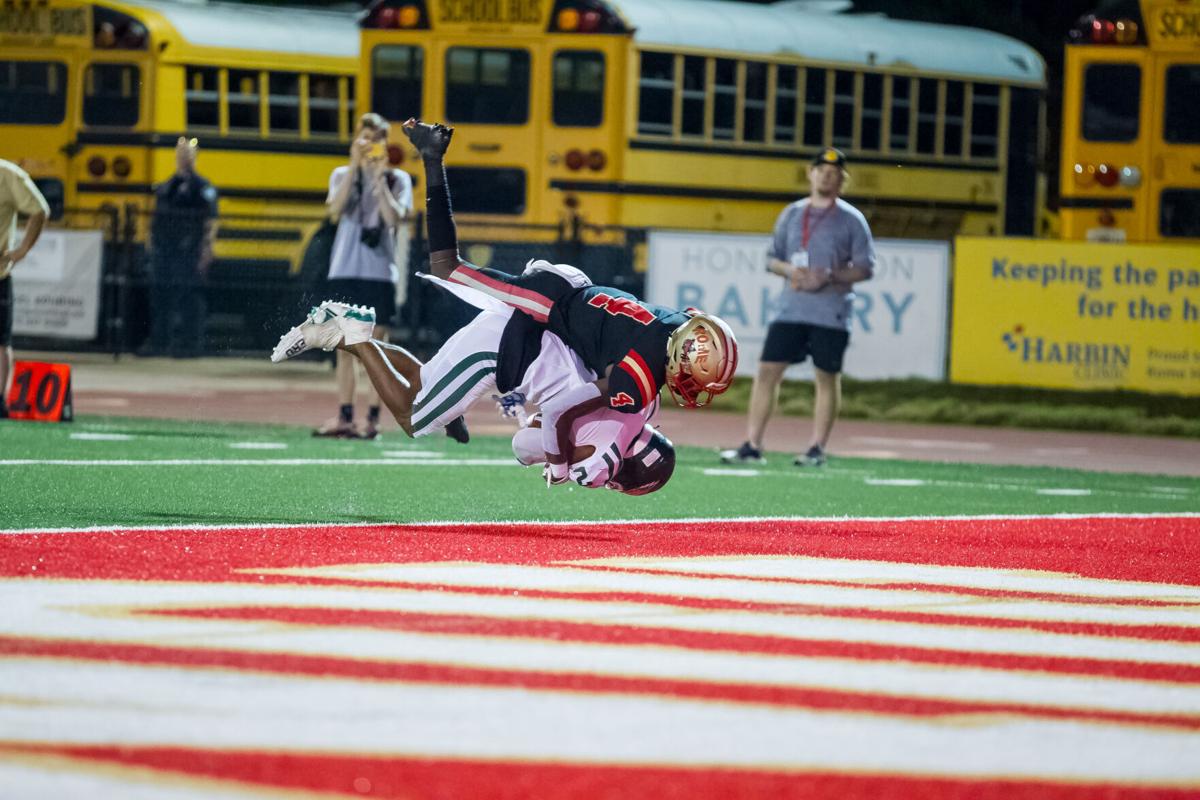 ROME — Barron Stadium featured a much-anticipated matchup between state-ranked football teams Friday night, but it was Class AAAAAAA Collins Hill that left the proceedings with their undefeated record still intact and the Rome Wolves suffered their first loss.

The Eagles scored on the first drive of the game and continued to display their impressive assortment of offensive talent throughout the night while Rome could never really make the play that got them back in the game as Collins Hill earned an impressive 34-0 win.

“We didn’t play very well against a very good team,” said Rome head coach John Reid. “We didn’t initiate our game plan, and we didn’t execute. A lot of things didn’t go our way early, but we thought we could scratch our way back in it. Sometimes when you are playing on your heels you can’t get going the direction you want to go. I didn’t think we took it to them very much tonight, but hopefully we are a little wiser now and can learn from this going into next week.”

Collins Hill (3-0) got a big night from heralded prospects Sam Horn and Travis Hunter, among several other big plays, as the quarterback and receiver hooked up early and often. Horn, a Missouri commit, passed for 344 yards on 25 of 29 throws with three touchdowns while the Florida State pledge Hunter hauled in nine catches for 182 yards and a score.

The Eagles led 20-0 at the break, and recovered the opening kickoff of the third quarter after the Rome return team let the ball bounce and then it took an angle back toward the Collins Hill players. They made the most of the break as well as the essentially put the game away with a 1-yard touchdown run by Ryan Stephens which was followed by a successful two-point pass from Horn to Dion Crawford to make it 28-0.

Collins Hill added its final score a few minutes later in the third quarter when Horn connected with Spenser Anderson for his third TD pass of the night, this one a 3-yard throw.

Rome (2-1) put together a nice drive deep into Collins Hill territory as it threatened to score midway through the third, but the Eagles’ Christian Harris picked off a Rome pass at the 2. Crawford also had a pick for the Eagles' defense.

The Wolves' offense was held in check for most of the night by the solid Collins Hill defensive unit. Rome rushed for just 32 yards, and quarterback Reece Fountain completed 12 of 20 passes for 92 yards with two interceptions. Martavious Collins was one bright spot for Rome as he finished with five catches for 53 yards.

Collins Hill wasted no time getting their offensive momentum going in the game and displaying their multiple weapons at the skill positions as it took the opening drive of the game and scored within three minutes. The drive was capped off by a 9-yard touchdown pass from Horn to Ethan Davis.

Later in the quarter after Rome had driven deep into Collins Hill territory and a short field goal attempt missed wide right, the Eagles once again showed their big play ability as Horn connected with Hunter for a 67-yard touchdown pass. Hunter caught the pass near midfield and then outran the Rome defenders to the end zone as the score moved to 14-0.

The Eagles scored their third touchdown of the first half early in the second quarter on a 1-yard touchdown run by Anderson. The extra point was blocked by Rome as the score remained at 20-0, which was the same score as the teams entered the locker room at the half.