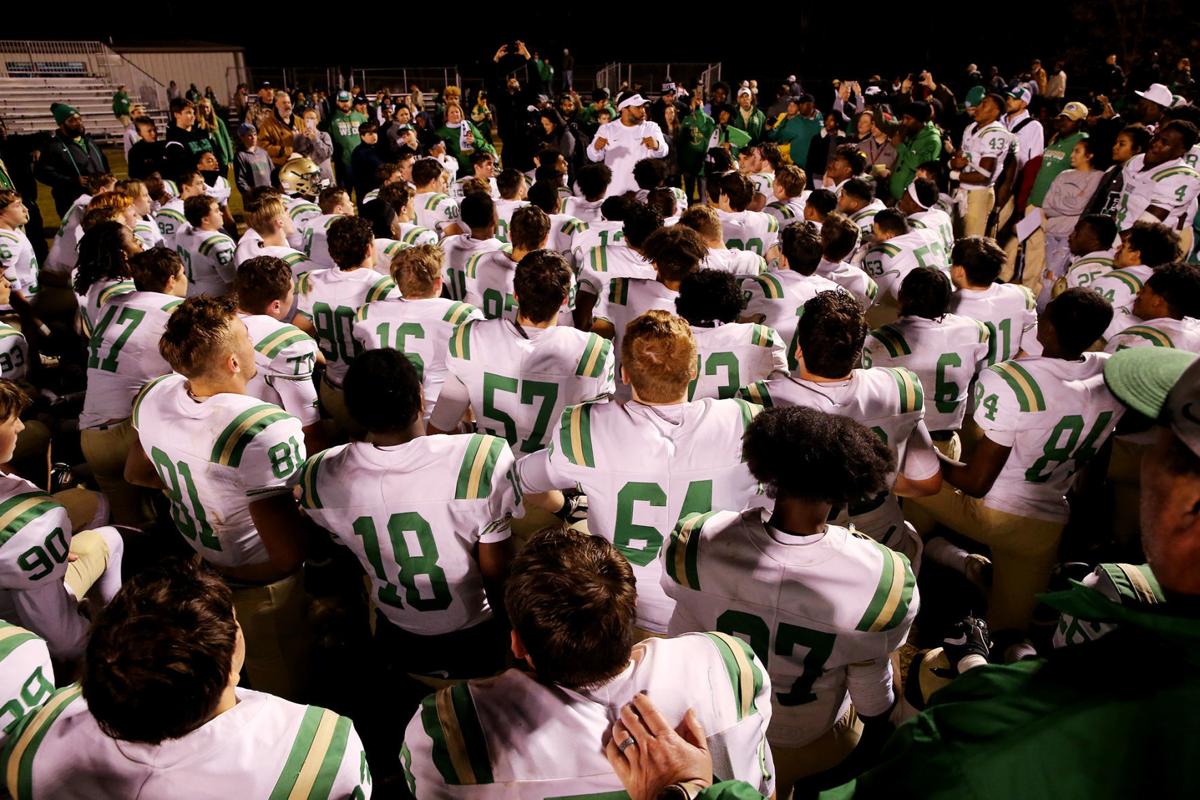 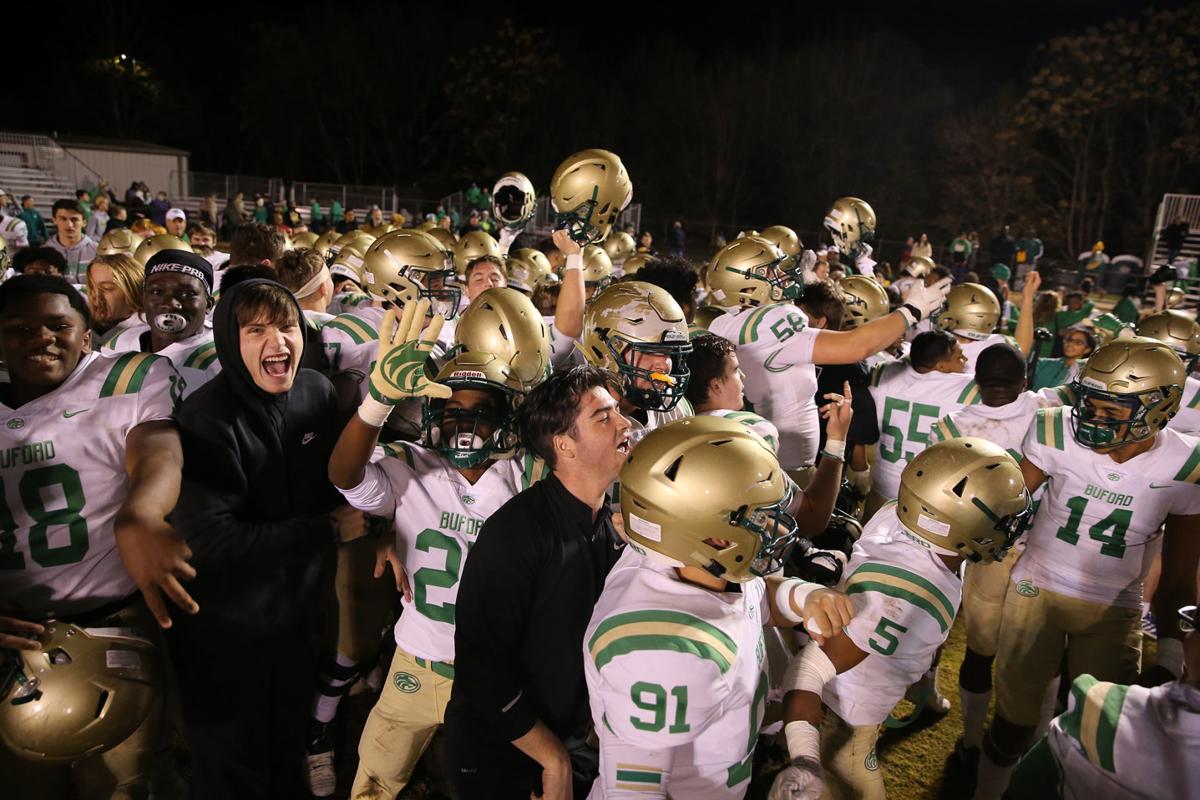 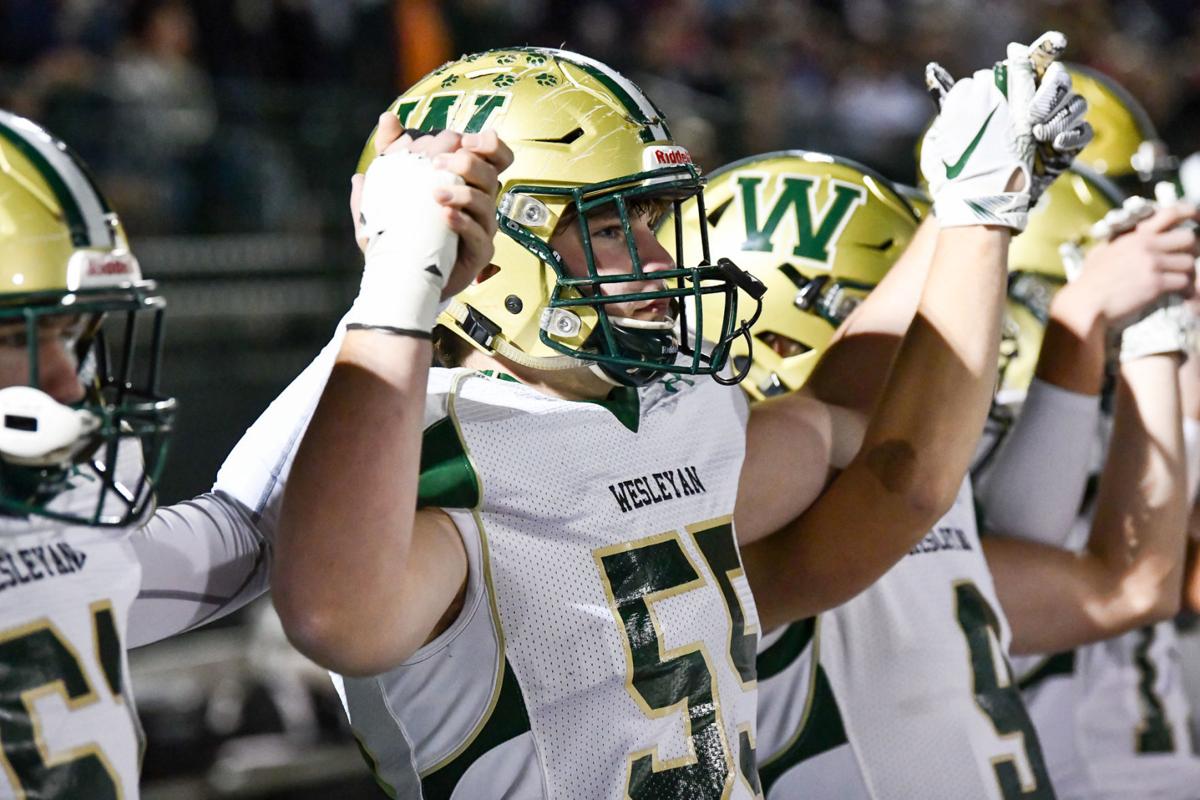 They both are called the Wolves, and they both feature an identical green and gold color scheme.

Outside of that, Buford and Wesleyan carry very different experiences into their respective classifications’ championship games of the Georgia High School Association’s football playoffs Friday at Georgia State Stadium in Atlanta.

Buford (13-1) will make its 18th overall state finals appearance, including its 11th in the last 13 years, and will by playing for their 12th state title when it takes on Warner Robins in the Class AAAAA championship game at 4:30 p.m.

And while two years isn’t a long time to wait between opportunities to play for a championship, it has seemed like a century to a program like the Buford, which has been used to being in the title chase year in and year out.

So getting back on to the state’s biggest high school football stage might be a matter of getting back where the Wolves feel like they belong.

“It’s been an incredible experience,” senior offensive lineman Seth McLaughlin said of the season thus far following the Wolves’ 29-0 win at Jones County in the semifinals last Friday. “The team is so together this year. We’ve all got each others’ backs. It’s been a special accomplishment get back. It’s been two years. It’s just back to (being) Buford.”

As used to people around the Buford program have gotten used to playing for a title, Bryant Appling, who is in his first year as head coach after spending 15 years as an assistant in the program, is emphasizing a message to his players from a different perspective this week leading into the game.

“We say that, but it’s a hard thing to do,” Appling said about Buford’s high expectations. “Everybody in the state knows (how hard it is), but a lot of people don’t. They think we’re supposed to be here every year. It’s a tribute to these players and coaches and this community to go back and play (for a title), and we’re not going to take it for granted.

“I just want make sure (everybody) understands we’re happy to be here. We’re happy to have an opportunity to play (Warner Robins), and we just hope we play good football one more time.”

As long as both Buford and Warner Robins (13-1) have been playing football, and as much success as both programs have had, the two teams will be playing each other for the first time Friday.

On the other end of the spectrum, Wesleyan (12-2) and Eagle’s Landing Christian (13-1) will be playing for the seventh time in the last nine years, including the second time this season, when they square off for the Class A (Private) state title Friday at 10 a.m.

In another major contrast with Buford’s program, the Wolves will be making just their second title game appearance, and their first since taking the 2008 Class A championship.

As head coach Franklin Pridgen pointed out after Friday’s 56-20 win over Fellowship Christian in last Friday’s semifinals, none of the players participated in that game, and since the oldest seniors on the current team were in elementary school at the time, it’s doubtful any of them even remember much about it.

Even among the coaching staff, Pridgen and assistants Marc Khedouri and Candler Baxley were the only ones on that 2008 staff, while quarterbacks coach Andrew Frerking dressed out for the title game as Wesleyan’s backup signal caller.

So most of the teams will lean on those veterans in learning how to prepare for they excitement that surrounds the game, which Pridgen says will be every bit as challenging for the Wolves as preparing to take on the Chargers.

“Dealing with the logistics and the (early kickoff) time, the emotions, all that is … absolutely a huge and vital part of (preparation),” Pridgen said. “How we handle that and the maturity that we show (this week) is a really big deal. Our philosophy is that we know that there’s going to be distractions that we can’t avoid. There’s going to be (increased) media (attention), there’s going to be college coaches on campus because this is an open contact period.

“We’re doing everything we can do Monday through Thursday to keep our routine. We’re not doing any special events. We’re not having any special treats. We’re not doing anything like that. We’re focused on game planning and getting ready for a very, very good opponent. We’re going to have a special team dinner Thursday night, and then we’re going to get up (Friday morning) and just go play. We’ve practiced plenty of times that early, but we’ve never played that early. So being on the field that time of day is not that unusual, but playing for a state championship at that time of day is unusual.”