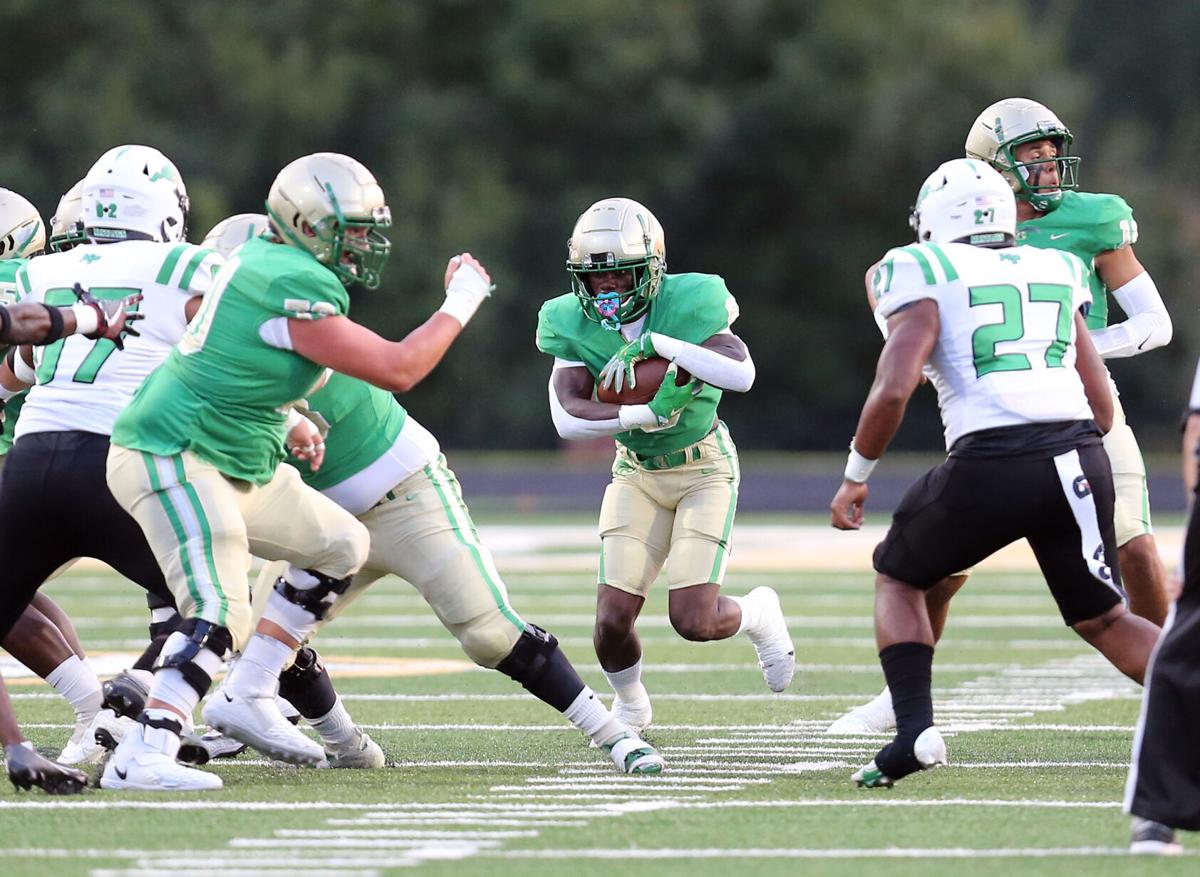 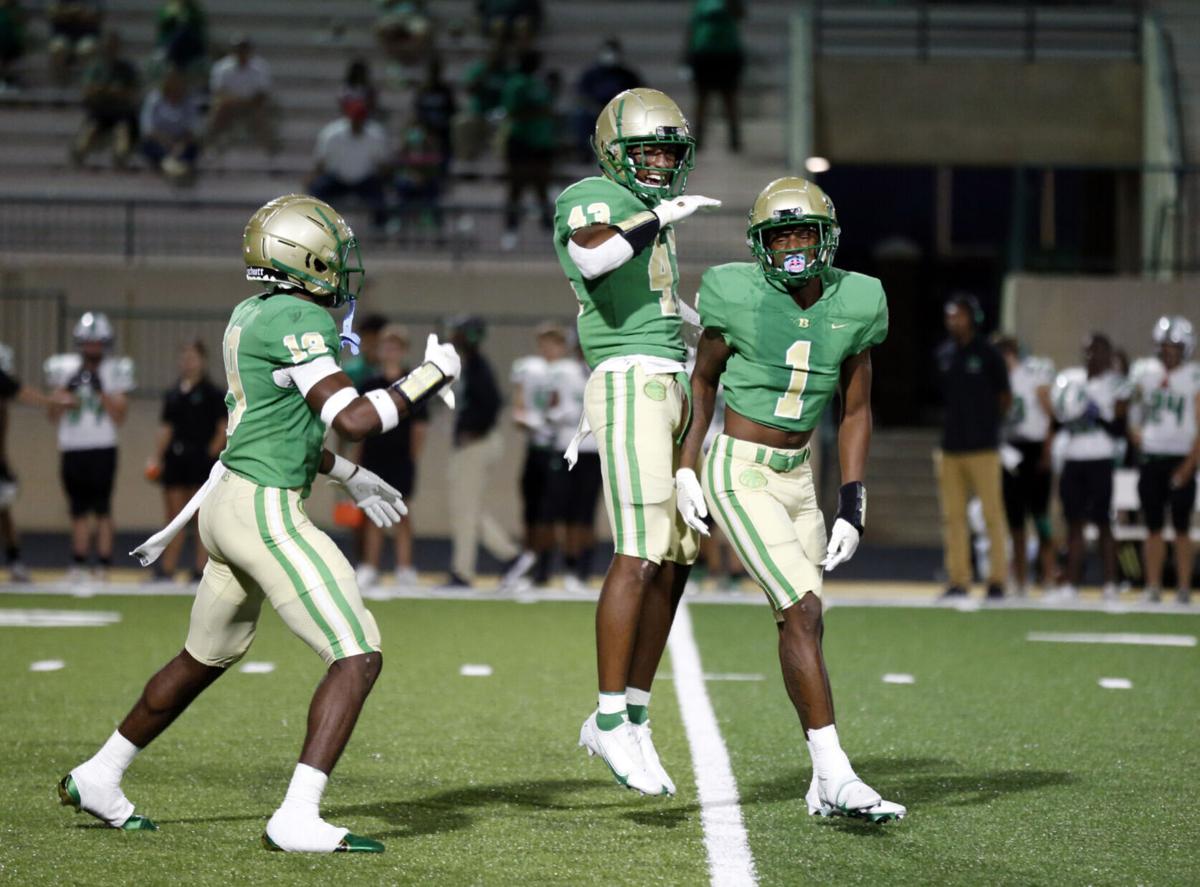 Buford’s K.J. Bolden (19), Malik Spencer (43) and Isaiah Bond (1) celebrate a stop on defense during the Wolves’ victory over Myers Park on Friday.

Buford’s K.J. Bolden (19), Malik Spencer (43) and Isaiah Bond (1) celebrate a stop on defense during the Wolves’ victory over Myers Park on Friday.

BUFORD — Four plays and barely more than a minute into Friday night’s football game, Myers Park (N.C.) zipped down the field for a quick touchdown.

However, the visitors’ excitement was brief.

Buford responded with a long, time-consuming drive that tied the score and set the tone in an eventual 44-17 victory at Tom Riden Stadium. The Wolves (3-0) had 12 different players run the ball and racked up 289 rushing yards, controlling the clock and the game.

“I’m proud of the offensive line, that young group is growing up,” Buford head coach Bryant Appling said. “They took a big step in the right direction. Our depth is getting better in a lot of places. We played a lot of kids, which is good.”

Buford finished with a 64-40 edge in offensive plays behind a ground game that divided up the carries. Victor Venn rushed 11 times for 97 yards and a TD, C.J. Clinkscales had 10 carries for 59 yards and both Eli Parks and Kobi Blackwell added TD runs.

Ashton Daniels was 7 of 11 passing for 79 yards and a TD pass to Tobi Olawole on a fake field goal, in addition to rushing for a score. It was a much better offensive performance than the Wolves got in their last outing, but the defensive performance didn’t match the stout performance it had in a win at Clarke Central.

Despite that, Buford limited a Myers Park passing attack that averaged more than 300 yards in its first three games to 200 yards — Lucas Lenhoff completed 17 of 30 passes for the visitors, who finished with 17 rushing yards.

Lenhoff’s 28-yard TD pass to Ayden Burkey gave Myers Park a quick 7-0 lead, but Buford ran 26 of the next 29 offensive snaps. Daniels led a 16-play, 80-yard scoring drive that ended with his own game-tying, 3-yard TD run with 3:09 left in the first quarter. Daniels completed two passes for 35 yards and rushed three times for 20 yards on the long march, which drained 7:50 off the clock.

After a quick three-and-out by Myers Park, Buford went on a 10-play scoring drive that ended with Venn’s 5-yard TD run for a 14-7 lead. A field goal by the visitors trimmed the lead to 14-10, but Alejandro Mata’s 38-yard field goal with 1:38 left in the second quarter put the hosts up by a touchdown.

Buford’s K.J. Bolden intercepted a pass on the first play of the ensuing possession, returning it 27 yards to the Myers Park 18-yard line. The Mustangs responded with a stop, but the Wolves ran a fake field goal and Daniels, the holder, threw an 11-yard TD pass to Olawole for a 23-10 halftime edge.

Buford went ahead 30-10 on its first possession of the second half, going 72 yards in eight plays, all runs. Clinkscales finished the drive with a 1-yard TD run. Parks’ 3-yard TD run pushed the lead to 37-10 on the first play of the fourth quarter and Blackwell tacked on his scoring run, a 14-yarder, later in the quarter.