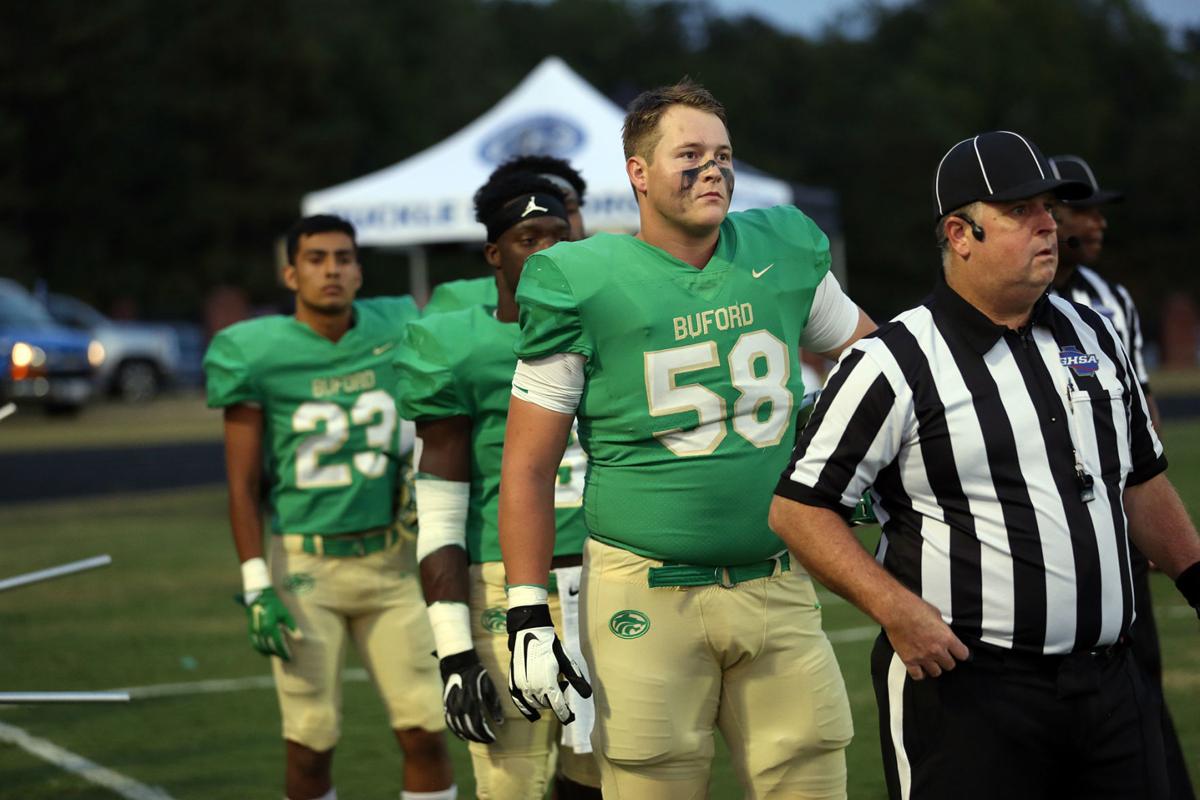 Senior Seth McLaughlin (58) and the Buford offensive line have returned to their physical roots in 2019, a big reason they will be playing in the Class AAAAA state championship game against Warner Robins on Friday at Georgia State Stadium. 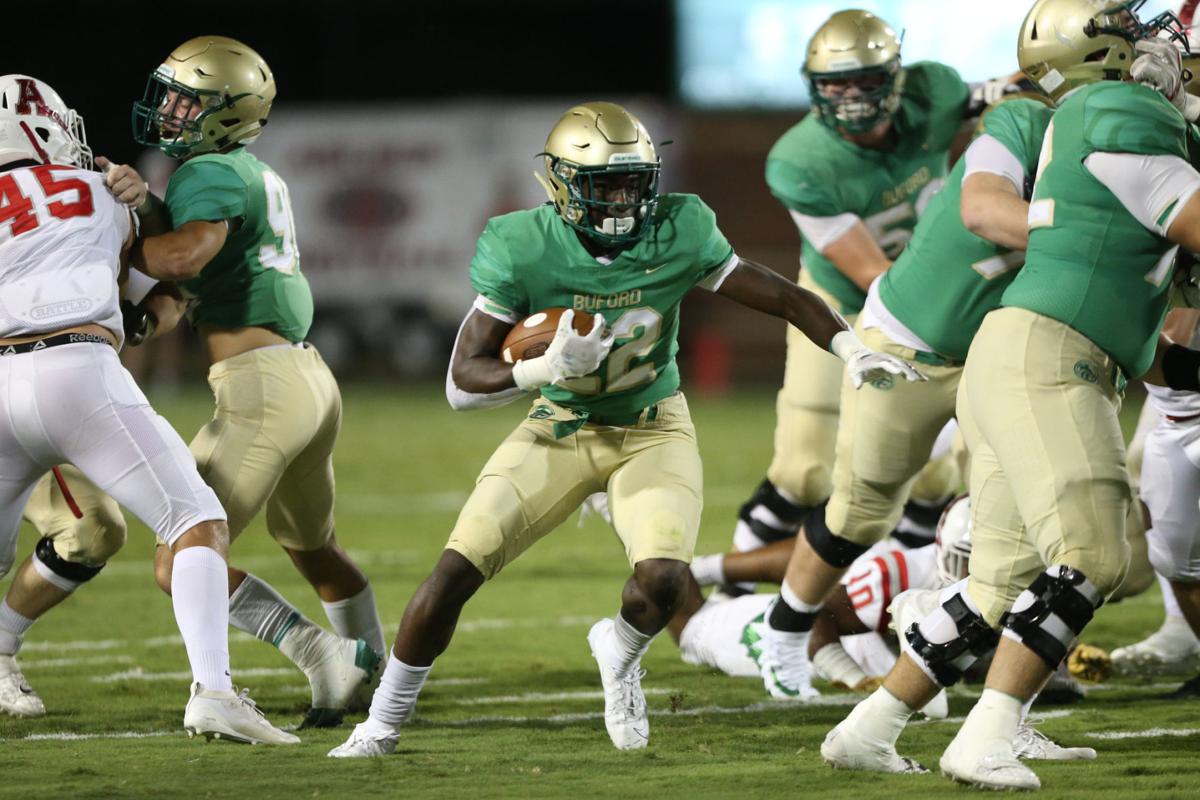 Buford's offensive line provides a gaping hole for Gabe Ervin Jr. (22) to run through during a game against Archer earlier this season. The line has paved the way for a ground game that has amassed more than 3,300 yards this season, as is a big reason the Wolves are playing Warner Robins for the Class AAAAA state title Friday at Georgia State Stadium. 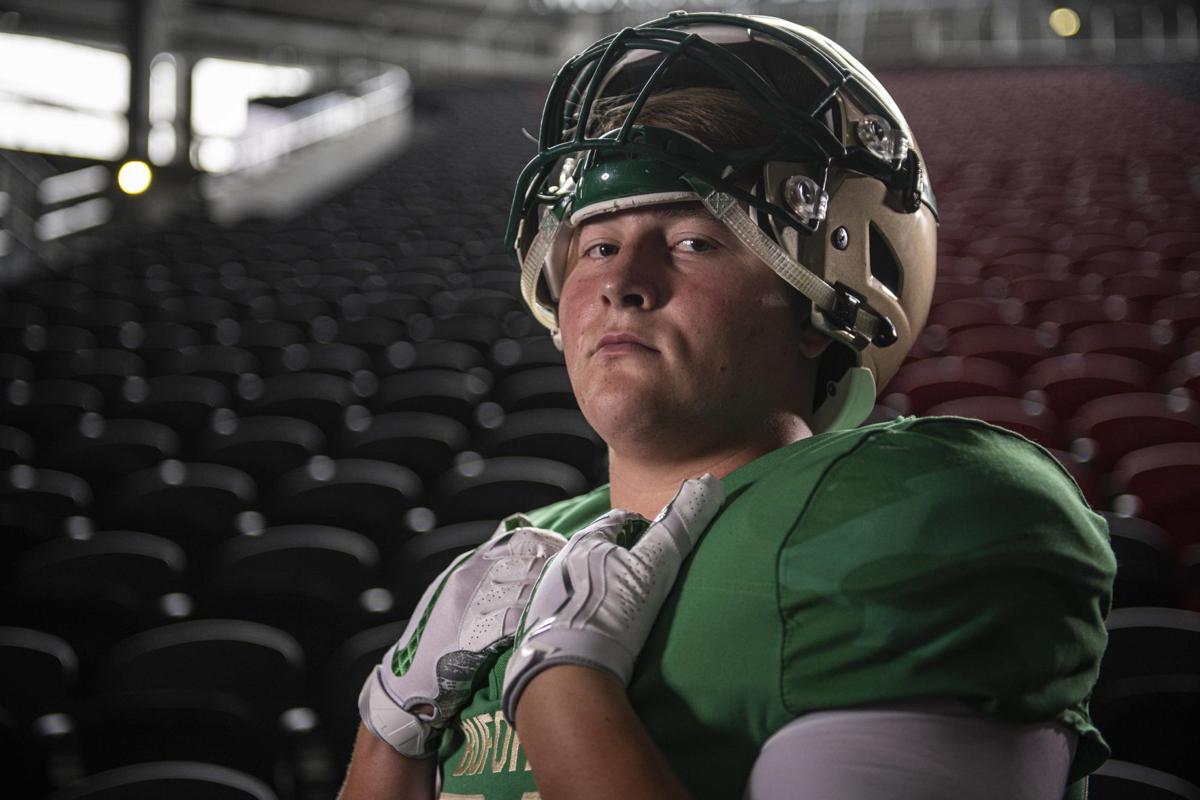 Buford senior Seth McLaughlin, who leads the Wolves' offense this season, poses for a photo at Mercedes-Benz Stadium this past summer. 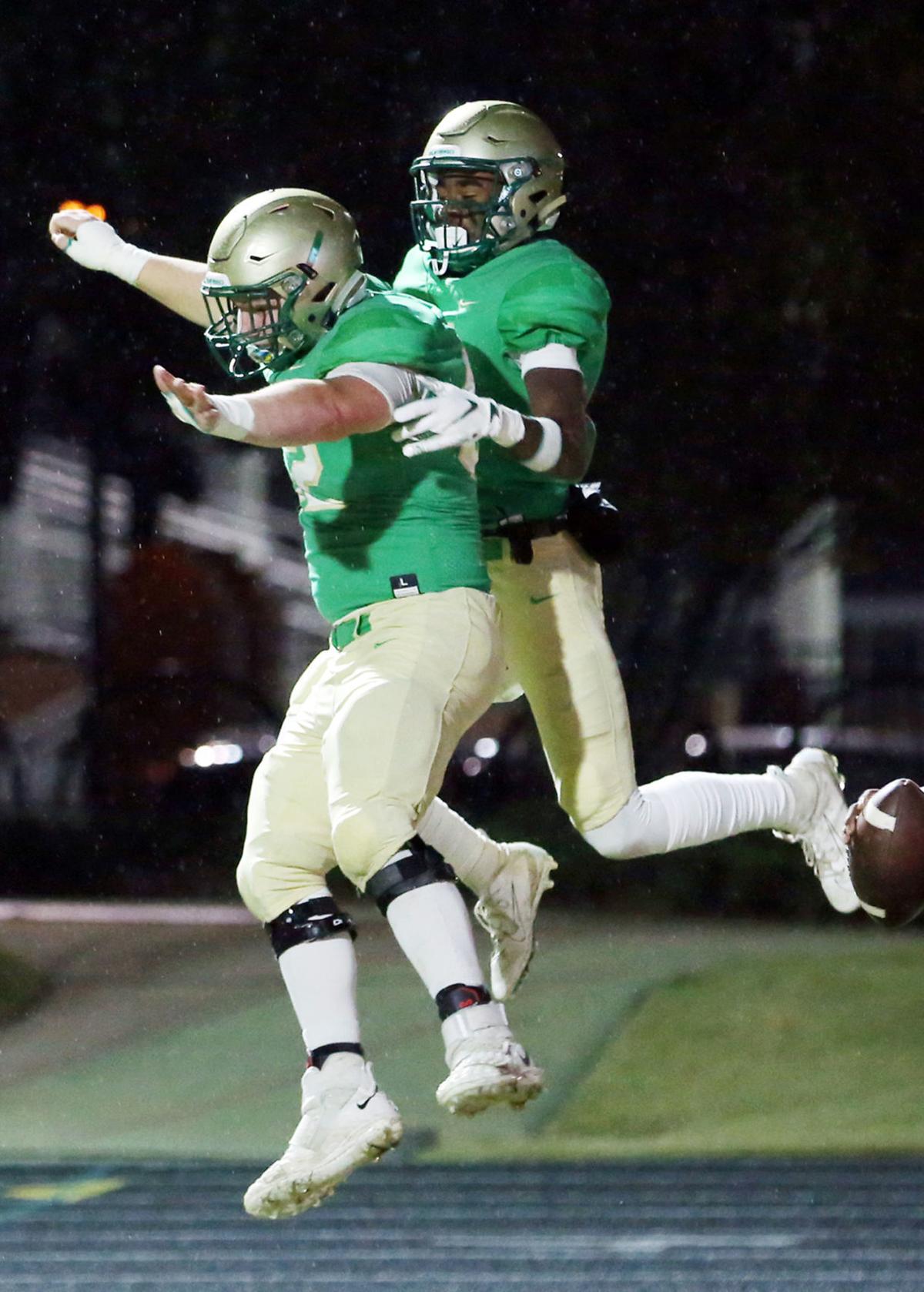 Senior Seth McLaughlin (58) and the Buford offensive line have returned to their physical roots in 2019, a big reason they will be playing in the Class AAAAA state championship game against Warner Robins on Friday at Georgia State Stadium.

Buford's offensive line provides a gaping hole for Gabe Ervin Jr. (22) to run through during a game against Archer earlier this season. The line has paved the way for a ground game that has amassed more than 3,300 yards this season, as is a big reason the Wolves are playing Warner Robins for the Class AAAAA state title Friday at Georgia State Stadium.

Buford senior Seth McLaughlin, who leads the Wolves' offense this season, poses for a photo at Mercedes-Benz Stadium this past summer.

It isn’t that Buford totally abandoned its running game over the past two seasons. After all, the Wolves amassed nearly 6,000 yards on the ground combined through the 2017 and 2018 campaigns.

But after two seasons of a more wide-open approach that relied as much on passing as it did on running, Bryant Appling felt the need to get back to Buford’s roots by building around the ground game first, with the aerial game in more of a complementary role when he took over as head coach last winter.

Based on the results, that approach has worked well, with the Wolves (13-1) having piled up 3,308 rushing yards en route to a return trip to the Class AAAAA state championship game, where they will take on Warner Robins at 4:30 p.m. Friday at Georgia State Stadium, after a two-year absence.

“I don’t care if you’re Buford or whoever you are, winning the line of scrimmage on either side of the ball sets you up for success,” said Appling, who served as an assistant on the Wolves’ staff before being promoted to first half. “So we’ve always talked about it. We’ve always tried to preach it everywhere, especially on the offensive side of the ball.

“We want to control the line of scrimmage and control the clock by running the football, but it all depends. Some games, we thrown it a lot more, but … we just felt like the matchups we’ve had (were favorable) going into these last few (playoff) games were up front. So we tried to exploit those and use (the running game) to set up our passing game.”

But as big a part as the running back trio of Gabe Ervin Jr., Elijah Turner and Victor Venn has been by combining for 2,646 of those rushing yards, the Buford ground game could not have enjoyed the success it has had without an experienced, powerful and cohesive offensive line.

That unit, led by multi-year starters Seth McLaughlin, Malone VanGorder and Jacob Smith and relative newcomers Caleb Archer and Griffin Scroggs, has been particularly dominant during the postseason, especially the past few weeks, when the Wolves chewed up nearly 550 yards combined in wins over Carrollton in the quarterfinals and Jones County in the semifinals.

And as McLaughlin has pointed out, those performances are an extension of a message of being physical on both sides of the line of scrimmage that has been drilled into the Wolves since long before the 2019 season began.

“It’s been a huge message all offseason and all season, just getting back to (being the) old Buford,” said McLaughlin, an Alabama-committed senior, following last Friday’s win at Jones County. “The game plan (last Friday) was to control the football, control the clock and give our defense a break. Our defense stepped up. They played hard-nosed football. They were hitting people. We were moving people off the ball and controlling the clock.”

In fact, it can be said that the message of a powerful, physical offensive line is one most of Buford’s lineman have heard even further back than being made a point of emphasis by Appling and the rest of the coaching staff this past offseason.

In VanGorder’s case, he goes back to the days when he was watching his older brother, former Wolves quarterback Montgomery VanGorder, play at Buford.

“Growing up, my brother played here, and I used to watch him a bit,” the 6-foot-2, 255-pound senior said. “This year reminds me of how they used to play — just smashmouth football, running it down people’s throat and winning in the trenches. I think that’s the best way to win a game. I think this year, we have gotten back to that style of football, and I think it’s been working out for us.”

Of course, it helps to have a large (the Wolves average 6-3, 273 pounds across) and hard-working group to build around.

But as Appling points out, it takes a team effort among the players and coaches to build a line that is as much a force as the playmaking skill players.

“I can’t say enough. I’m probably getting way too much credit,” Appling said. “Gus Condon, or offensive coordinator, has done a heck of a job this year. And Matt Winsleltte coaching our offensive line and helping or guys play really, really well. And Drew Dasher coaching the tight ends. Those guys are working together to put the product out there. And of course, I can’t not say anything about (Fyrone) Davis coaching our running backs.They’ve done a heck of a job controlling that box and coaching these guys up to do what they’ve done this year.

“The way (the coaches) have brought these guys together. And Seth and Malone VanGorder, their leadership with this group has been unreal. Those two guys are definitely (important), and you have Jacob Smith right there who started some games last year. He’s a junior, but he’s playing some of the best ball of his life. He’s playing like a senior. And you’ve got Griffin Scroggs and Caleb Archer out there — guys that are younger. We didn’t know (before the season) if they were going to start. We didn’t know where they were going to be, but they’re stepping up and playing really, really good varsity football this year. Their camaraderie and their togetherness and just the way they communicate with each other, I think, is the difference. Some people can’t stand each other, but these guys they really, really love each other all the time.”

Among themselves, the camaraderie that Appling spoke of has been a particular enjoyable factor for the linemen so far this year, and will likely be a factor if the Wolves are to claim the program’s first state championship since 2014.

The way VanGorder sees it, they shouldn’t have much trouble reaching for that cohesiveness to build a foundation for their effort Friday.

“It’s a fun group to be around,” VanGorder said. “We all love each other. We all joke around and have fun. I think to have a really good group you have to all become friends and hang out. I think this year, we’ve all become a lot closer, and I think that’s helping us on the field.”