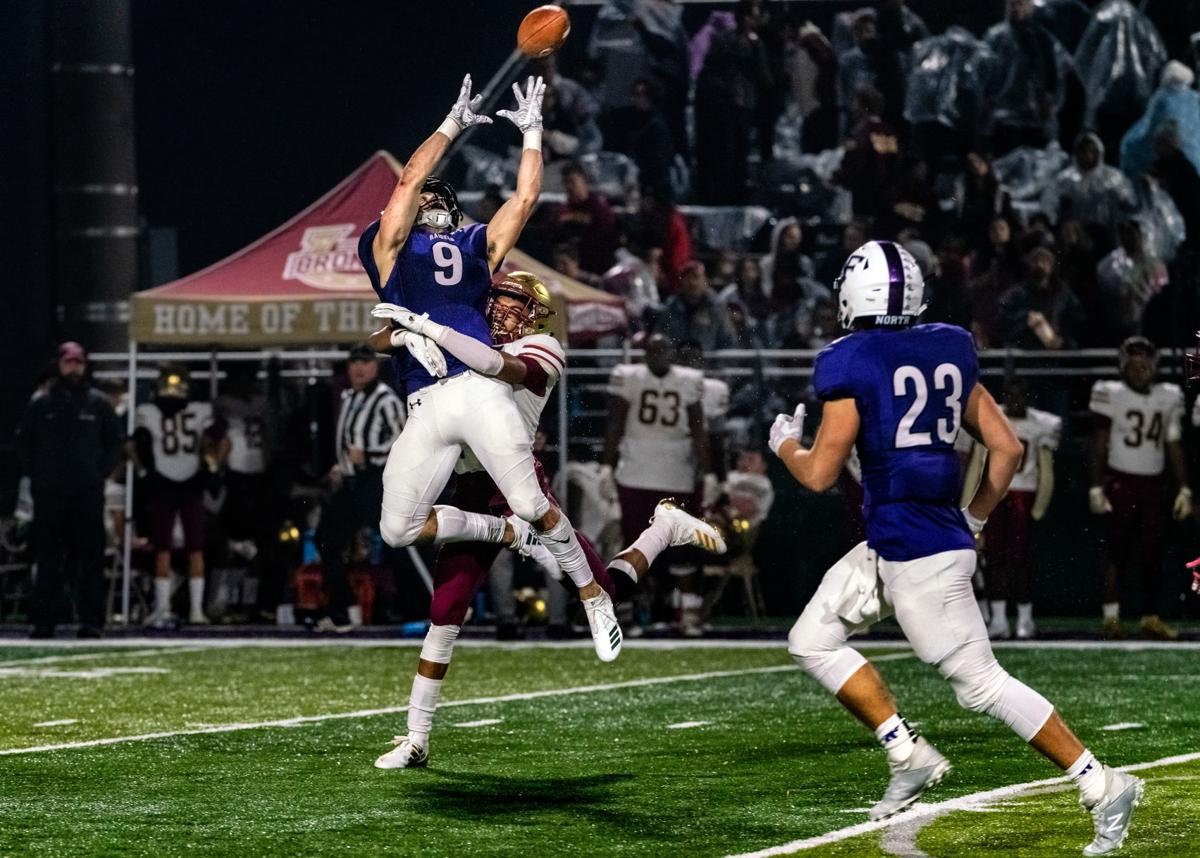 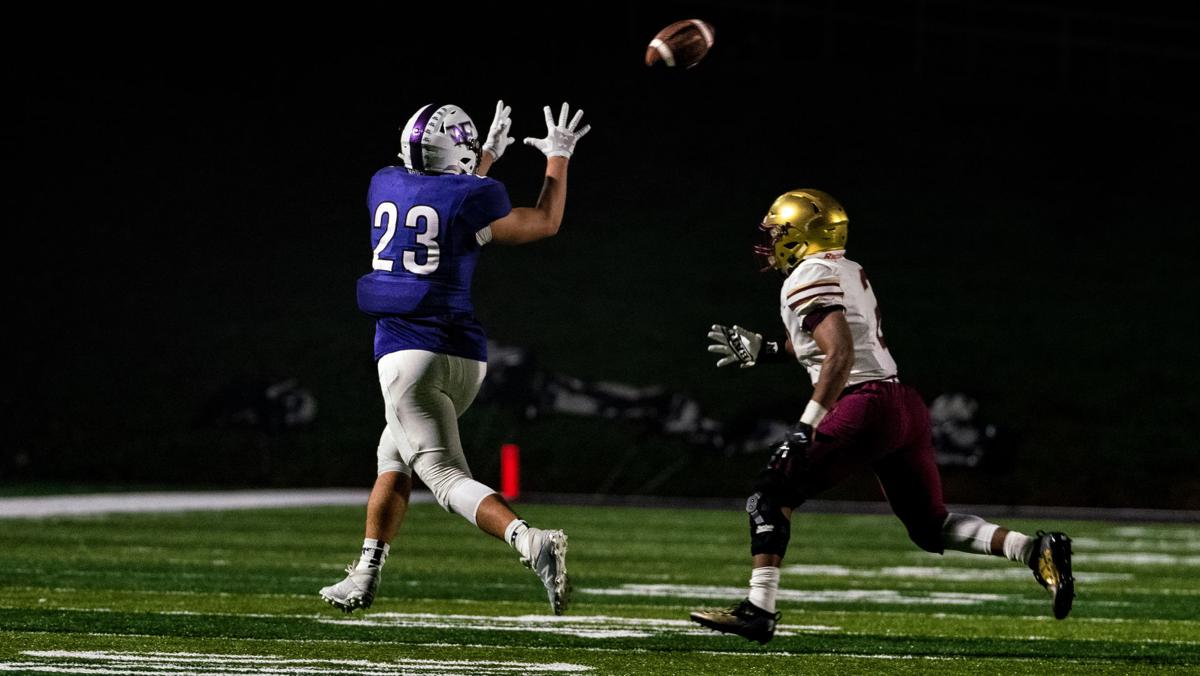 Down 34-9 and looking very much on their way to continuing an 18-year, winless playoff streak, the Raiders ran their final play of the half — a 22-yard run that would have been thrilling under different circumstances, but seemed closer now to a consolation prize.

North showed flashes of success throughout the first half, finding the scoreboard on an opening-drive field-goal and the end zone later on a Brady Meitz to Nicky Dalmolin touchdown reception, but ultimately the Raider defense had utterly failed to provide an answer to the dominant, Brookwood rushing attack.

Two quarters, five touchdowns, a pair of two-point-conversions and one successful onside-kick later, those same Raiders sat with a three-point-lead and only two seconds separating them from an absolutely-astounding 44-41 comeback win, and the program’s first playoff victory since 2001.

Brookwood quarterback Dylan Lonergan hurled the game’s final pass into a mass of mixed jerseys, finding a pair of hands and deflecting into the air for an agonizing pair of seconds, before finally striking the damp grass in the end zone and solidifying North Forsyth’s first postseason win of the decade.

“The fight in our kids — they just never gave up,” North head coach Robert Craft said after the win. “We knew we had a good plan, but they just had a lot of heart more than anything. The first half didn’t go the way we wanted it to, but I’m just so proud of the guys and of how they determined when they came back out of how they were going to play.”

On the opening second-half drive, North quarterback Brady Meitz went back to his favorite receiver three times, hitting Dalmolin on completions of eight, seven, and 14 yards — the final reception resulting in a second North touchdown and cutting Brookwood’s lead to 34-17 following a successful two-point-conversion.

Before any reasonable hopes for a comeback could even begin to take shape, Brookwood responded with a clock-eating, 15-play drive of their own, retaking the momentum and padding their lead back to a comfortable 41-17.

Unfortunately for the Broncos — despite the hefty defecit — Meitz and Dalmolin weren’t quite finished.

Four plays later, the pair connected for their second score of the game — this time on a 32-yard touchdown pass with under a minute remaining in the third.

An additional few minutes and a desperately-needed turnover later, the duo connected for a third time — this one a 45-yard bomb that ended with Dalmolin strutting into the end zone with a sole defender sprawled out in the grass behind him.

Whether it was watching a substantial halftime lead cut in half in a matter of minutes, bad luck, or just another one of football’s many quirky-happenings, Brookwood began to unravel. Punting the ball back into the hands of the surging Raiders after managing only a single first down, the Brookwood defense utterly imploded on the resulting drive, gifting away five North first downs, with three of them occurring on personal fouls.

The Raiders pulled within a single score on a Meitz keeper with 3:35 remaining in the game.

“We just kept fighting,” Meitz said. “We never thought we were out of this game. We just stayed with it, and then we won.”

North followed Meitz’s rushing score with easily the biggest play of the game — an onside kick that bounced and rolled its way in and out of the hands of the Brookwood return team and firmly into the grasp of North senior Josh Grindle.

With the ball, several minutes, and all of the momentum that any one team could possibly hope for, North Forsyth ended its playoff drought on a third-and-one.

Meitz rolled left, found Patrick Corrigan wide-open, and floated him a game-winning pass 18-years in the making. With one elusive win down, Meitz and his squad aren’t finished.