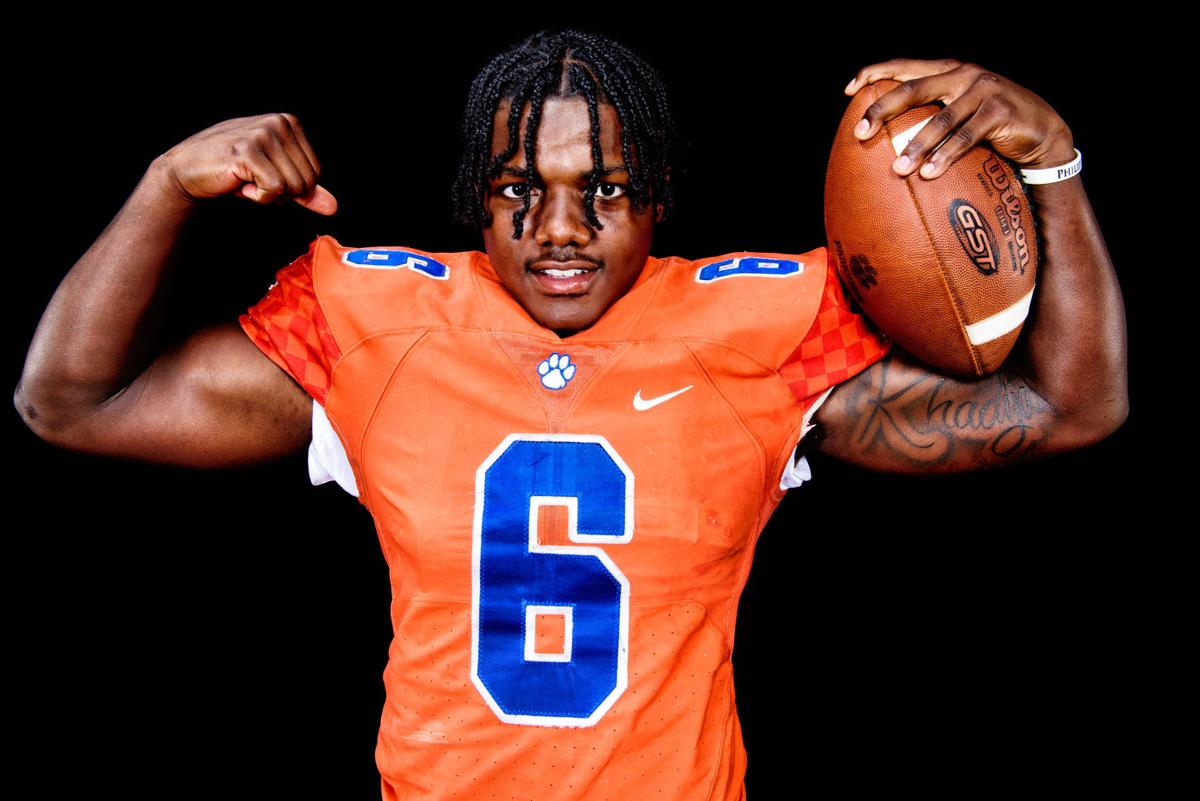 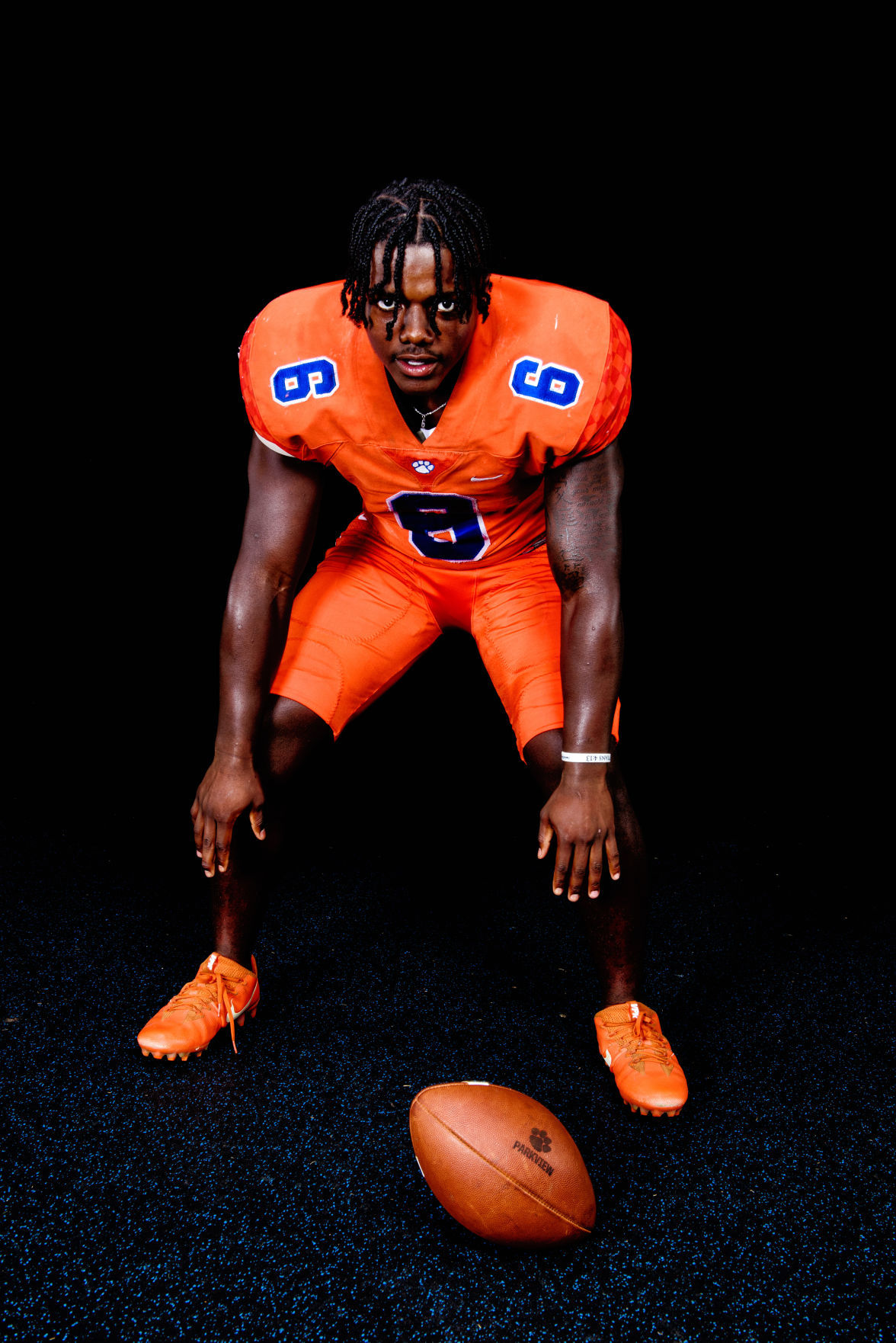 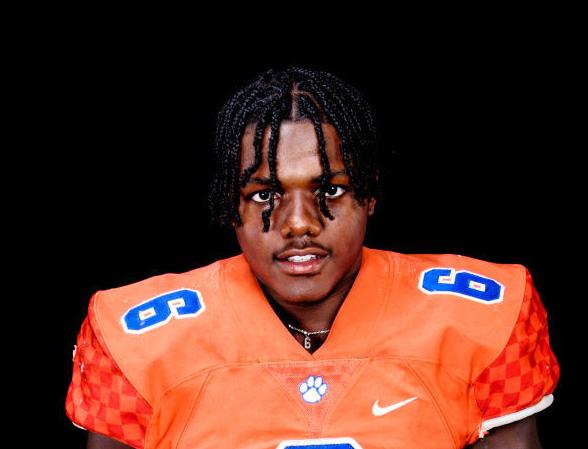 LILBURN — By all accounts, Kobe Wilson knows a lot of things, particularly when it comes to football, a trait that Parkview head coach Eric Godfree likes about his star linebacker.

But there’s one thing that the 5-foot-11, 205-pound senior doesn’t know how to do, and that is how to play at anything less than 100 percent, even during practice.

And Godfree is ecstatic about it.

“His work ethic from last year, all the way from the end of the season (and) all the way through the season, and watching him in practice when he’s running scout teams to help the offense, it was incredible,” Godfree said of Wilson. “It was almost as if (we had to tell him), ‘OK, we have to back off a little bit,’ which is great when you have those guys. It’s almost because of his work ethic, it really spurred him.

“It’s neat. I was talking to a guy who played with Ray Lewis, and he said Ray Lewis was that way. He was a guy that the veterans started not liking him because he was always full speed. He was always full contact, and always full everything. … (Wilson is) that high motor guy the whole time, too, which is what you want.”

While some of Lewis’ teammates may have held some annoyance toward him because of going full out in practice, it’s doubtful you’ll find any sort of animosity toward Wilson from his Parkview teammates.

They understand that Wilson’s high intensity, whether it’s in practice or in a game, isn’t designed to show anybody up. It’s simply because he doesn’t know any other way to play.

“(Sometimes a team) wants to take a day off. But in order to be great, you can’t really have a day off. You’ve always got to keep working no matter what.”

That attitude, along with his football instincts and natural strength and speed, has paid off not only for himself, but fo the Panthers.

He ranked fourth in Gwinnett County with 126 combined tackles and assists, and came into the 2019 season as the county’s leading returning tackler from a year ago.

Combined with seven tackles for loss, seven sacks, 13 quarterback hurries, a caused fumble and a fumble recovery, it make Wilson a first-team All-County selection by the Daily Post last season, and made him a big part of Parkview’s first undefeated regular season in 16 years.

“The early games he had last year, the game against Tift (County, a 31-28 Panthers win), he was like a Player of the Year candidate,” Godfree said. “He’s on his way with that this year, as well. He started off the year with 18 total tackles in Game 1. It’s the same Kobe. He’s got the same resilient work ethic with the scout (team) on the practice field. He’s giving our offense a heck of a look in the pass rush and coverage, whatever it is. He’s just trying to make everyone around him better, and in the process, he’s making himself really good.”

Indeed, the same work ethic and drive has carried over into the early portion of this season, as was demonstrated by his team-best 18 tackles in Parkview’s season opening 28-18 win at Mountain View.

But that performance only spurs him on to work harder, especially as the No. 3 state-ranked Panthers face a big challenge by traveling down to Valdosta to take down seventh-ranked Lowndes on Friday night.

“Every rep, we run to the ball,” Wilson said. “There’s no such thing as a half rep. So we just strive to make sure that we give everything in practice so when it comes to the game time, we’re not really sluggish or tired.”

That kind of effort and the results that follow are bound to spark reminders of successful players from Parkview’s past to many people who have been around the program for a long time.

Count Godfree, who played at Parkview and served as an assistant coach for five seasons before coming back to become head coach in 2014, who has a few specific former Panthers in mind that he can favorably compare Wilson to.

“He’s got the (physicality) of a Sean Dawkins, and he’s got the headiness as far as just being in the right place at the right time and understanding football of a Joey Sturdivant. Just phenomenal players,” Godfree said. “And then really, he’s got the explosion of a Brad Lester. Brad was super physical when he ran that ball, and Kobe (is like that) when he’s tackling and making plays. He’s kind of (like) all three of those guys kind of wrapped up into (one). It’s kind of neat.”

Those qualities have also garnered a plenty of attention from college programs, including an increasing number of power five conference programs.

But he says he remains solidly committed to the University of Memphis, which he gave his verbal pledge to July 4, and for the same reason he goes all out whenever he puts on his pads.