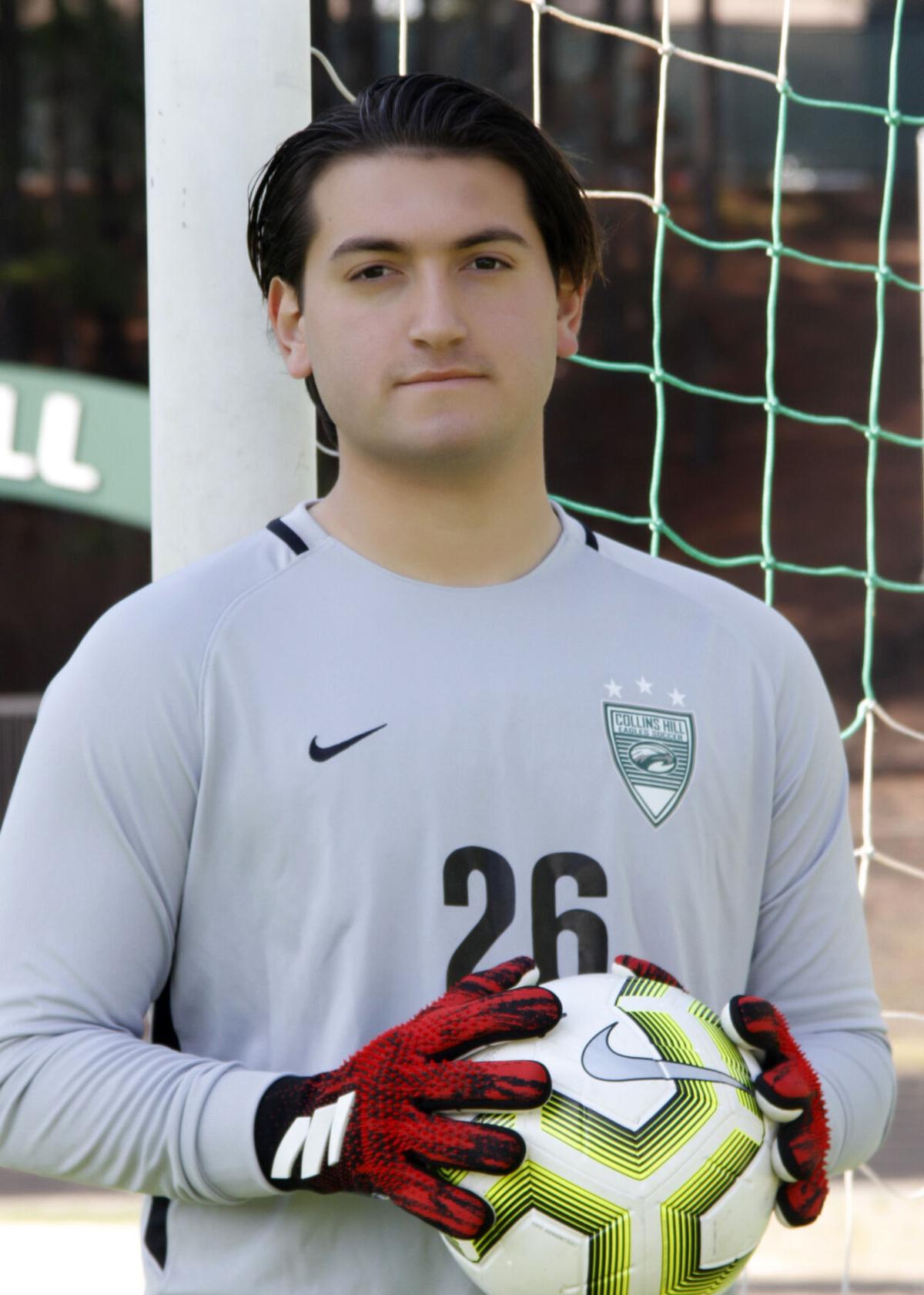 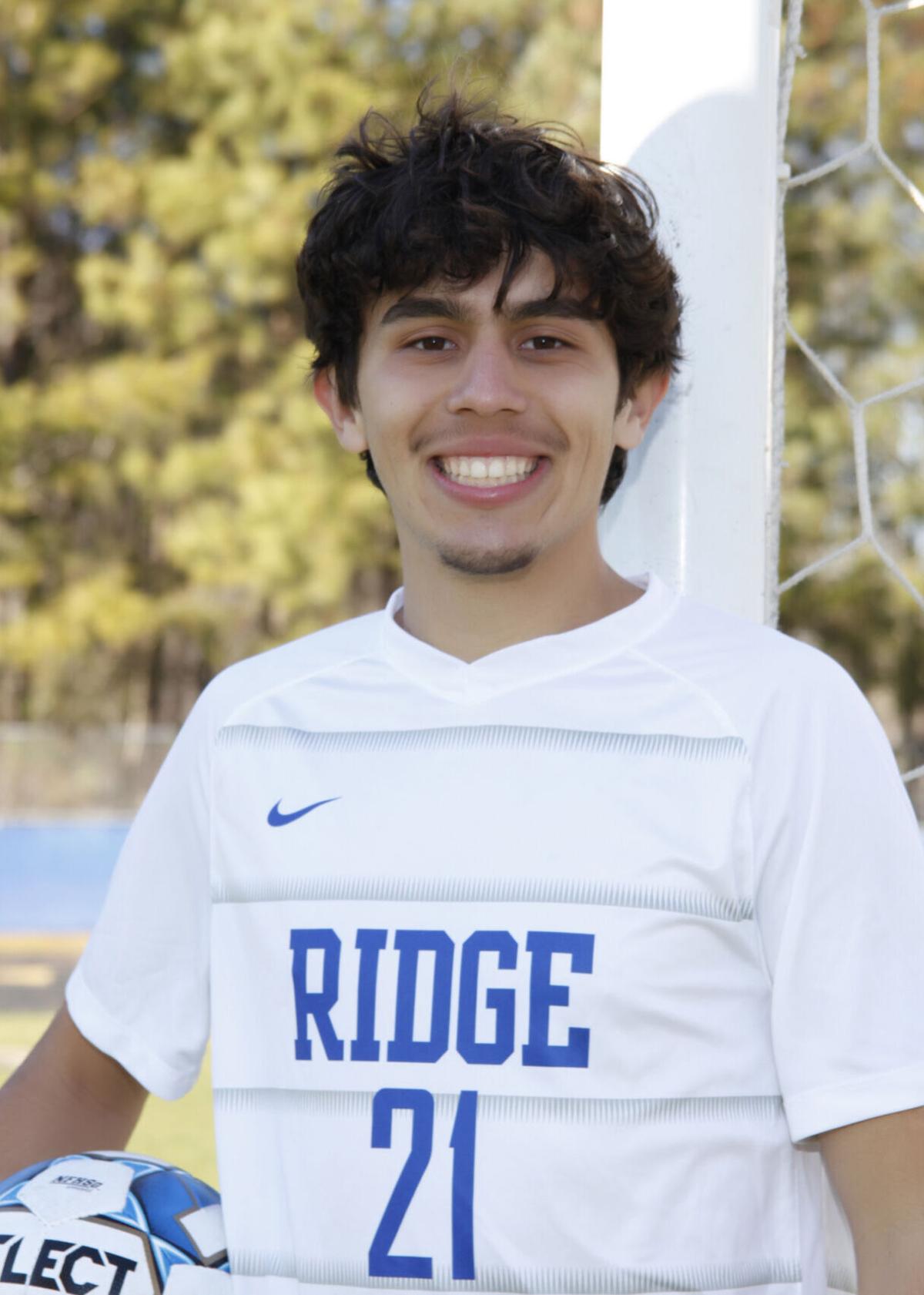 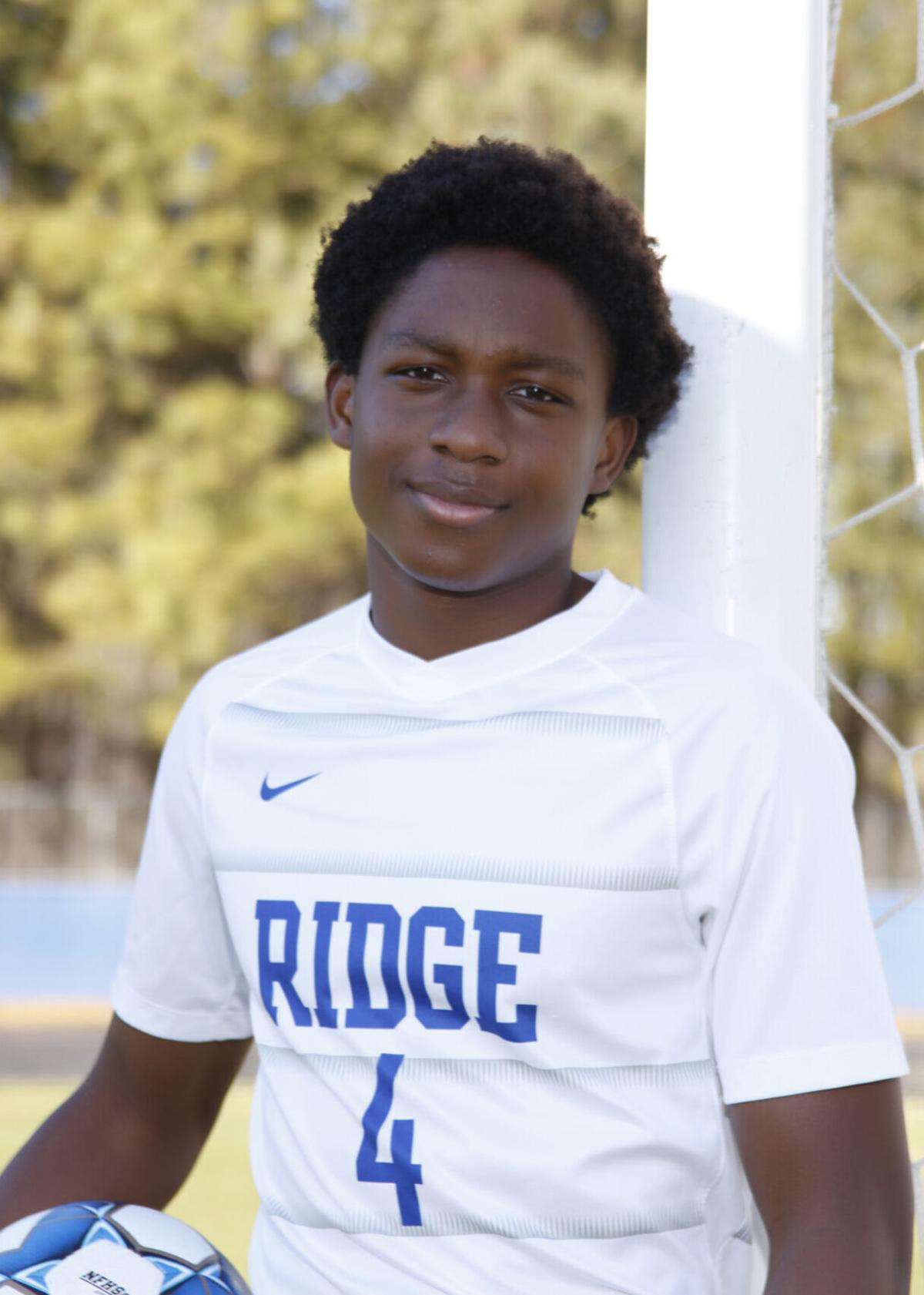 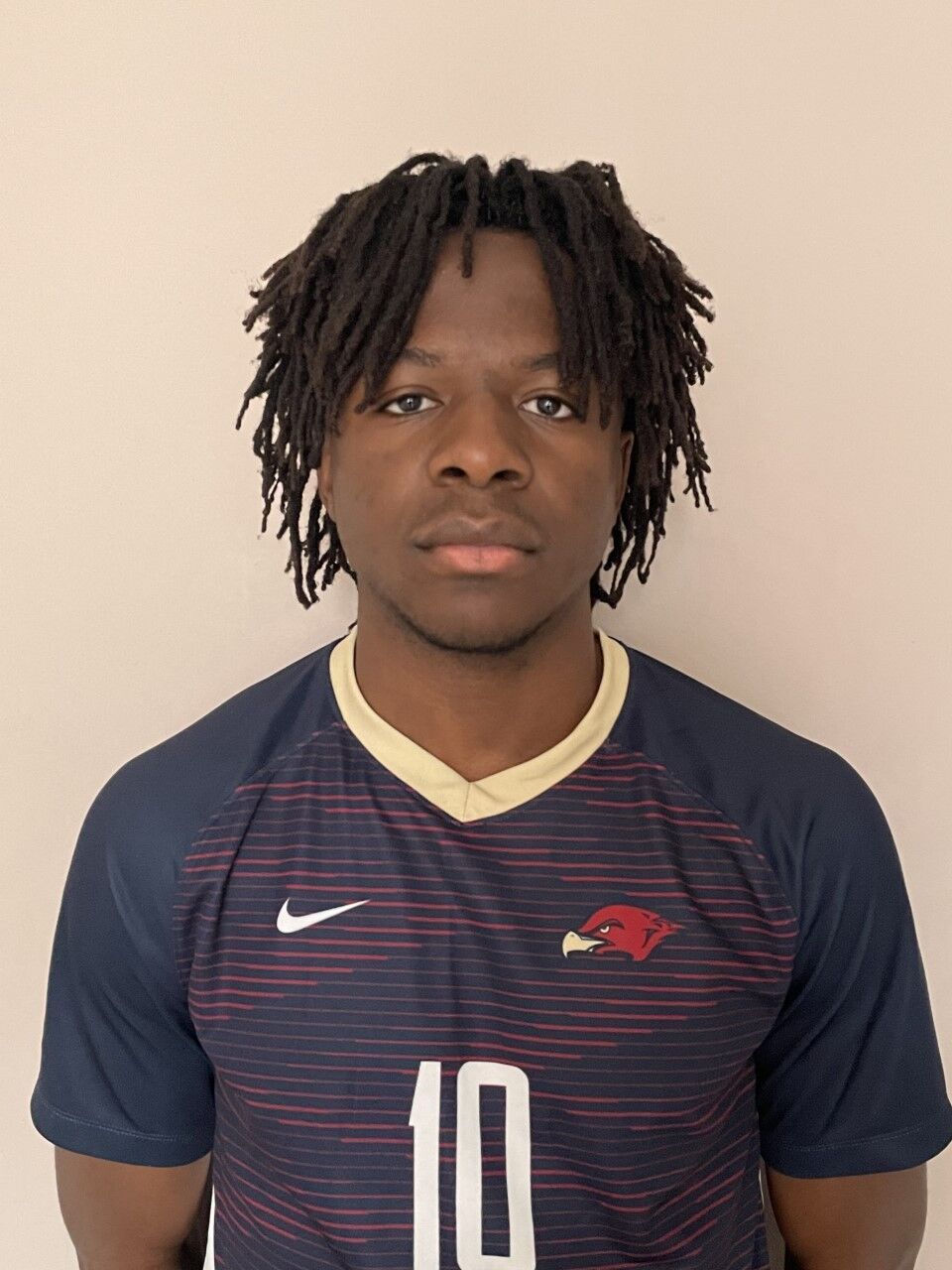 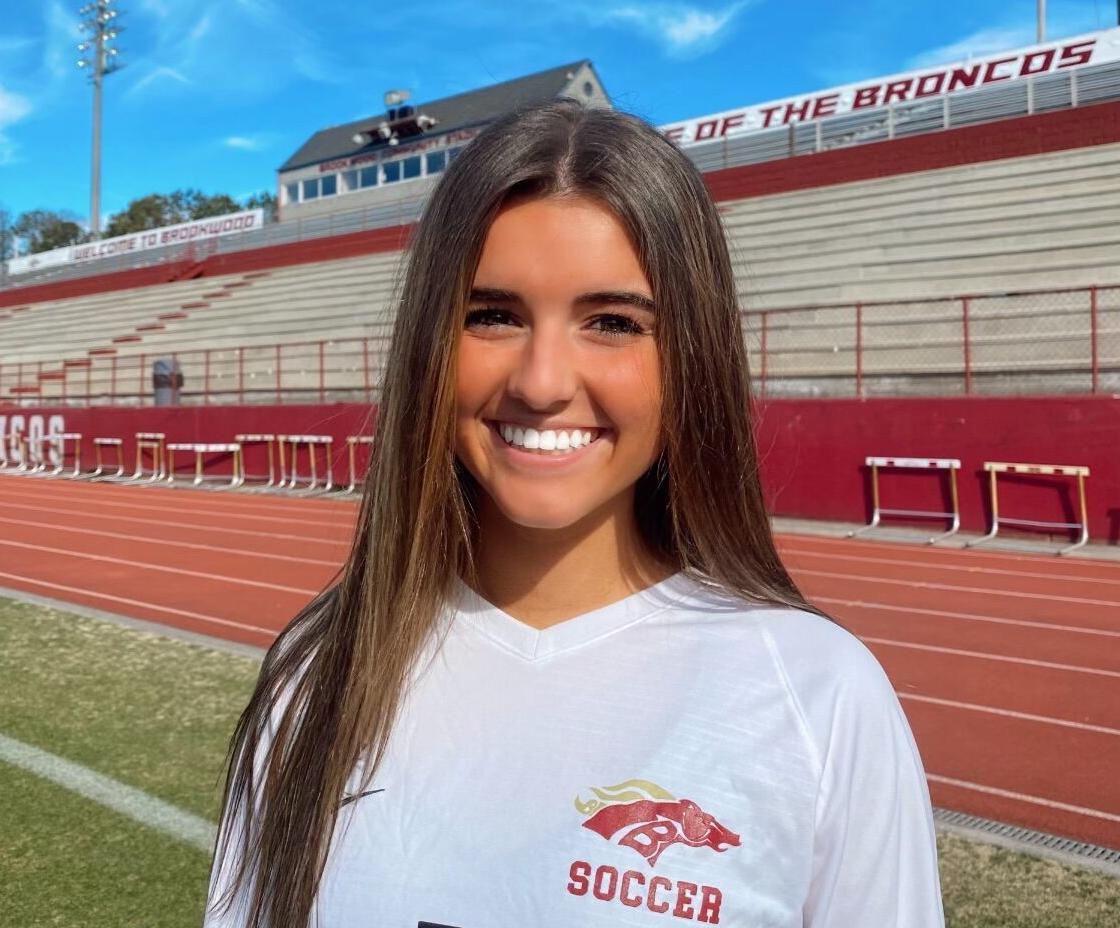 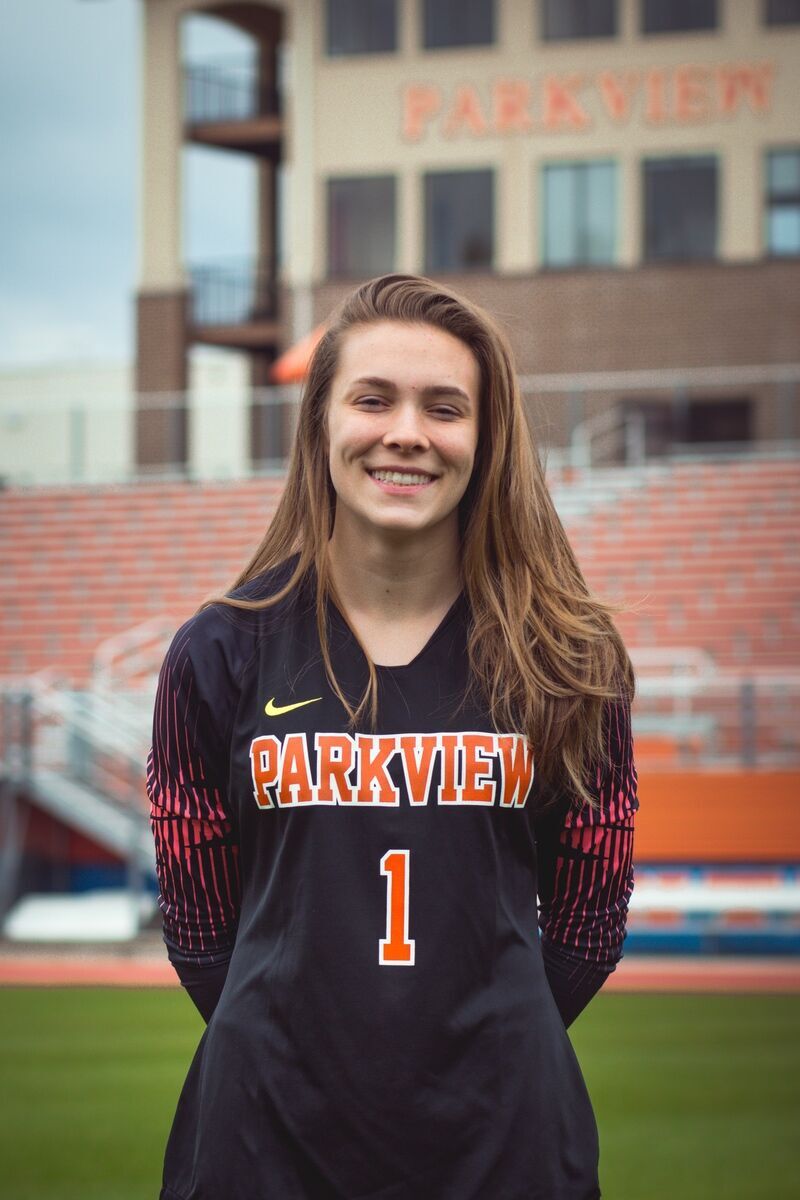 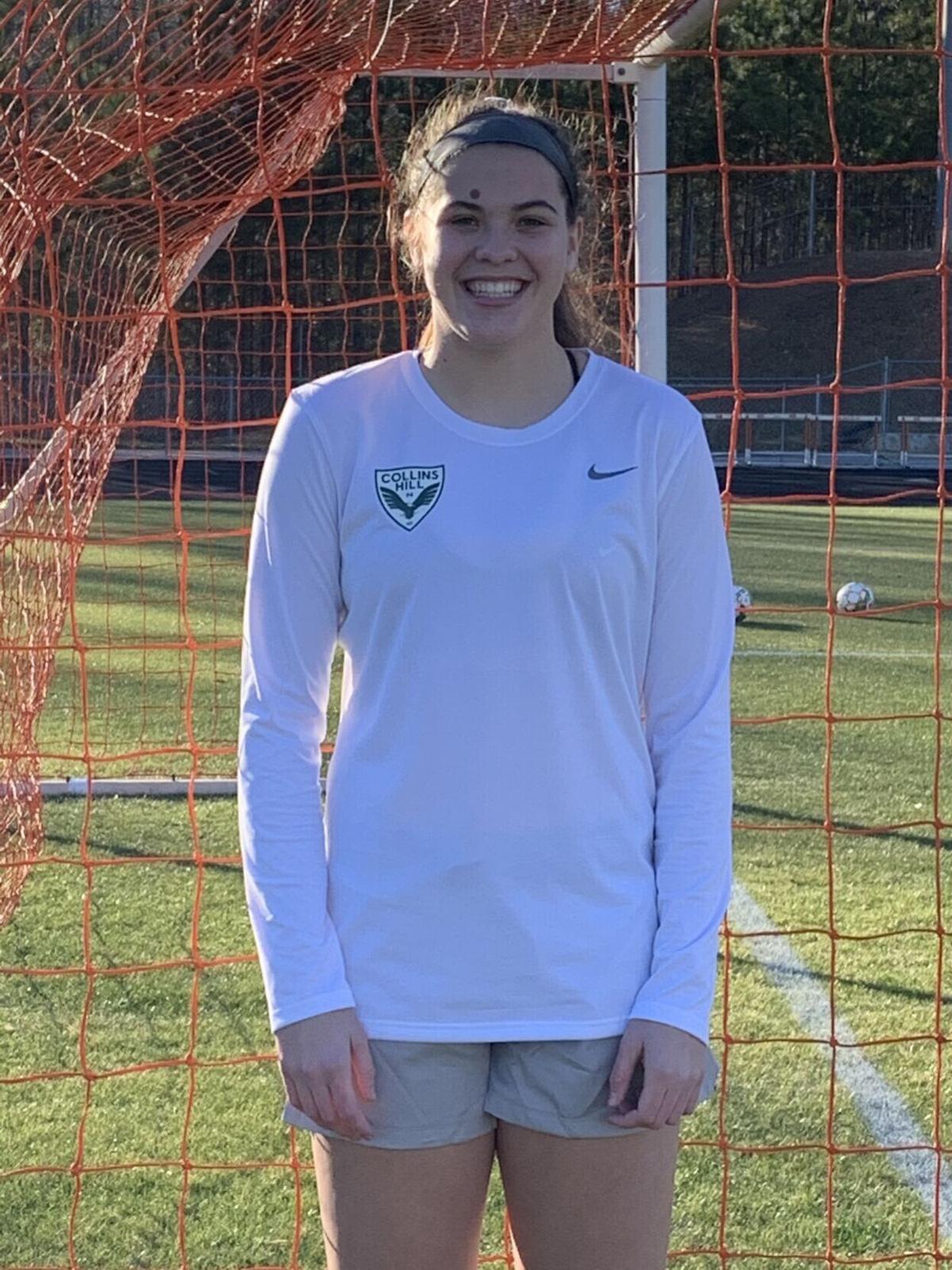 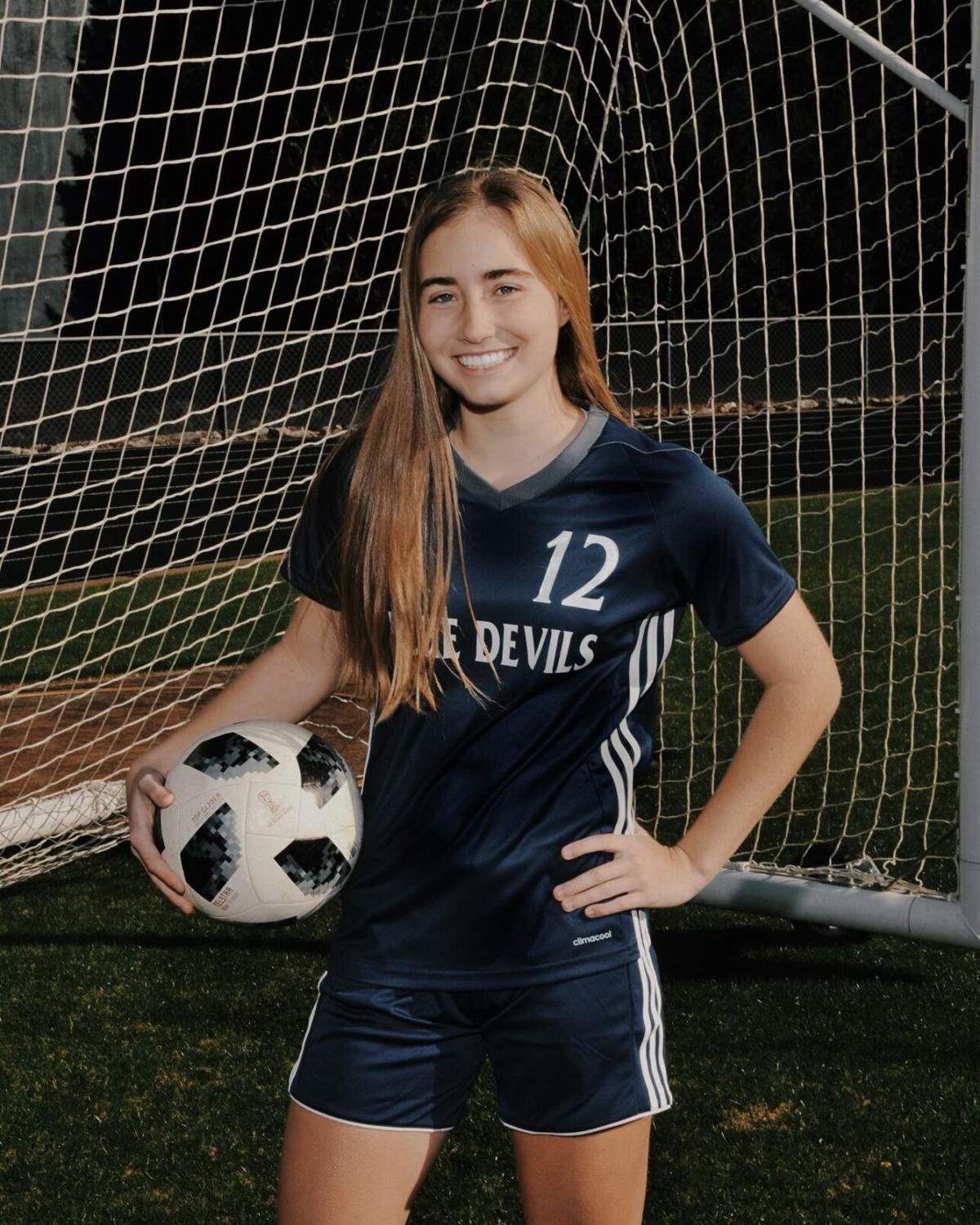 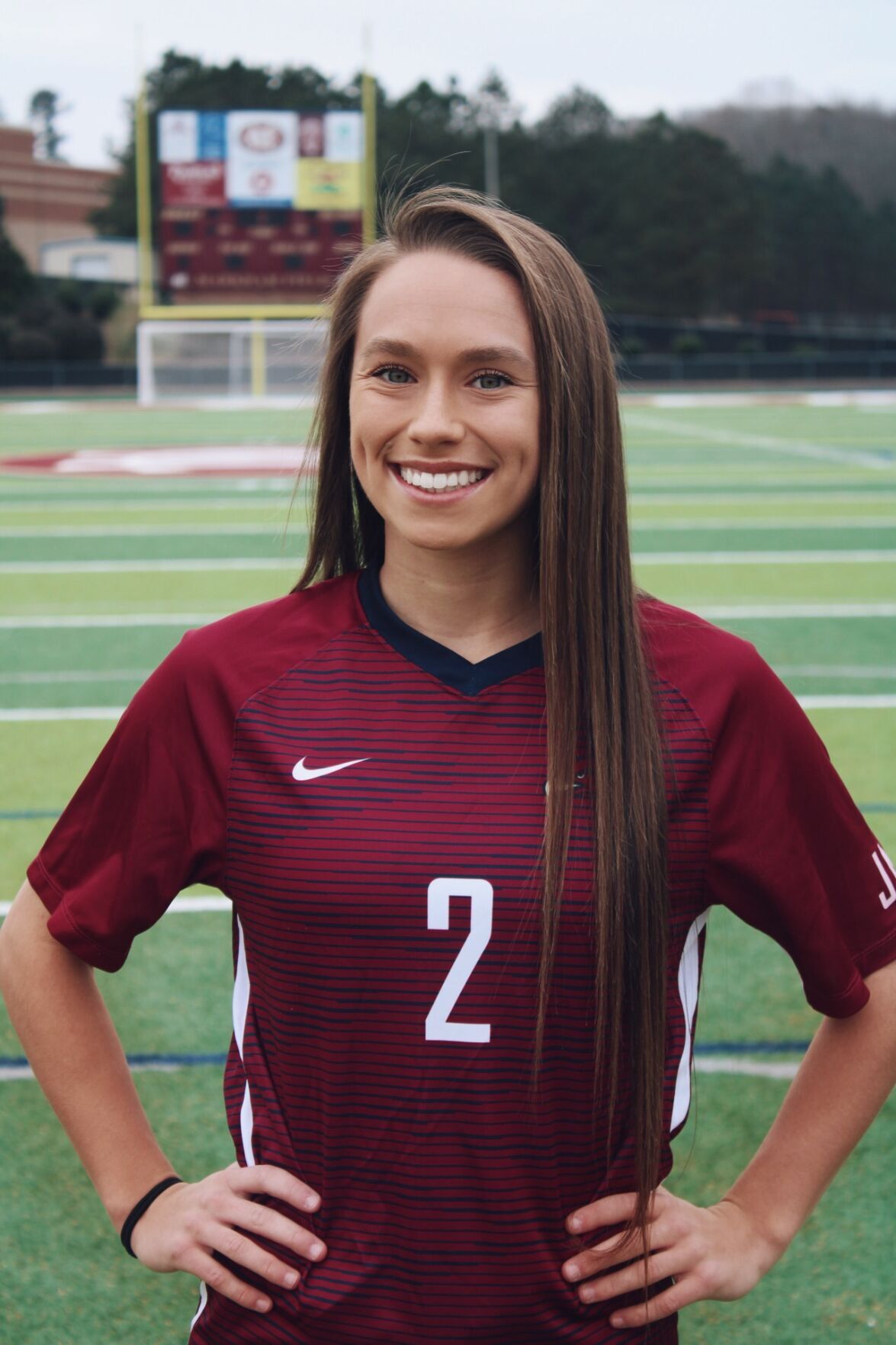 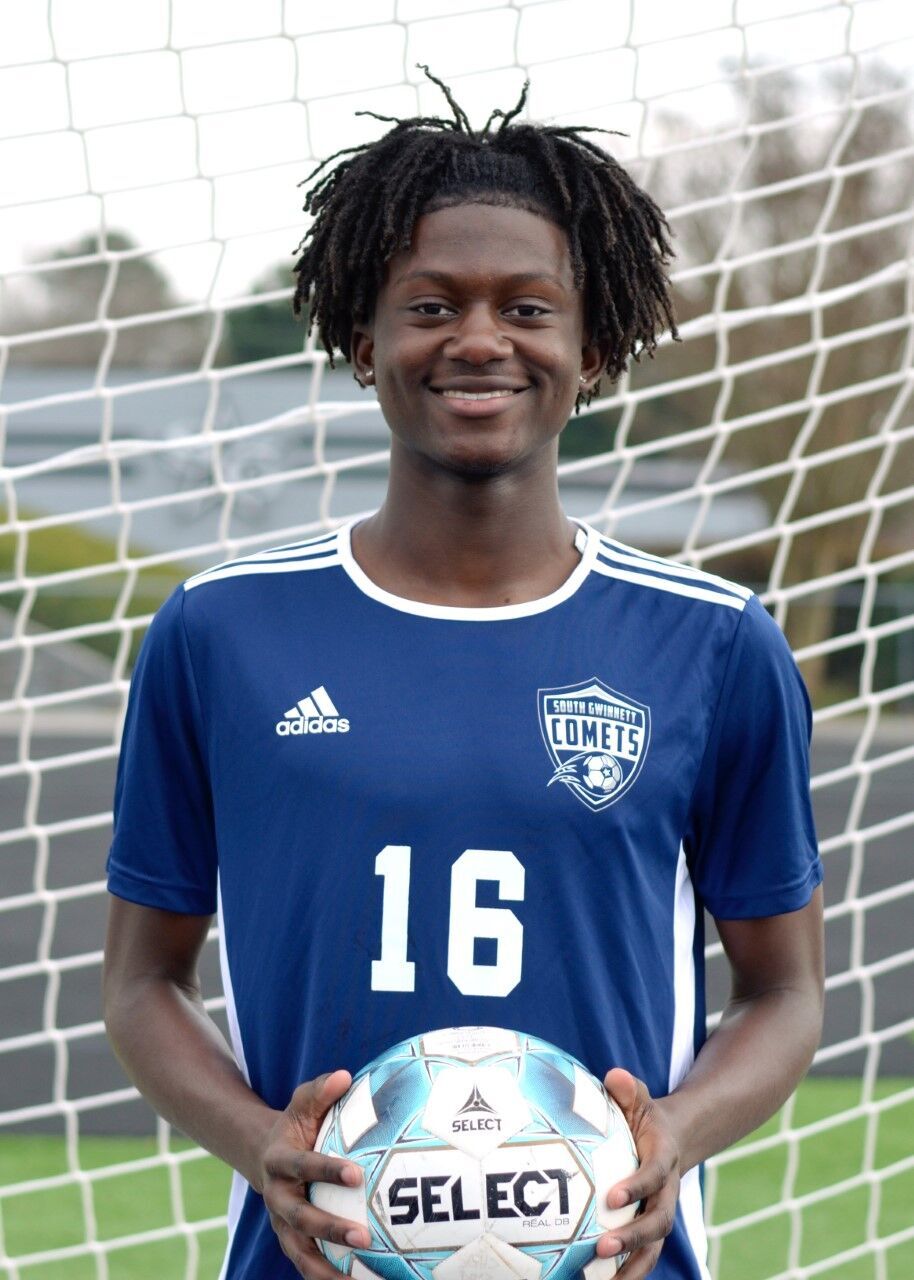 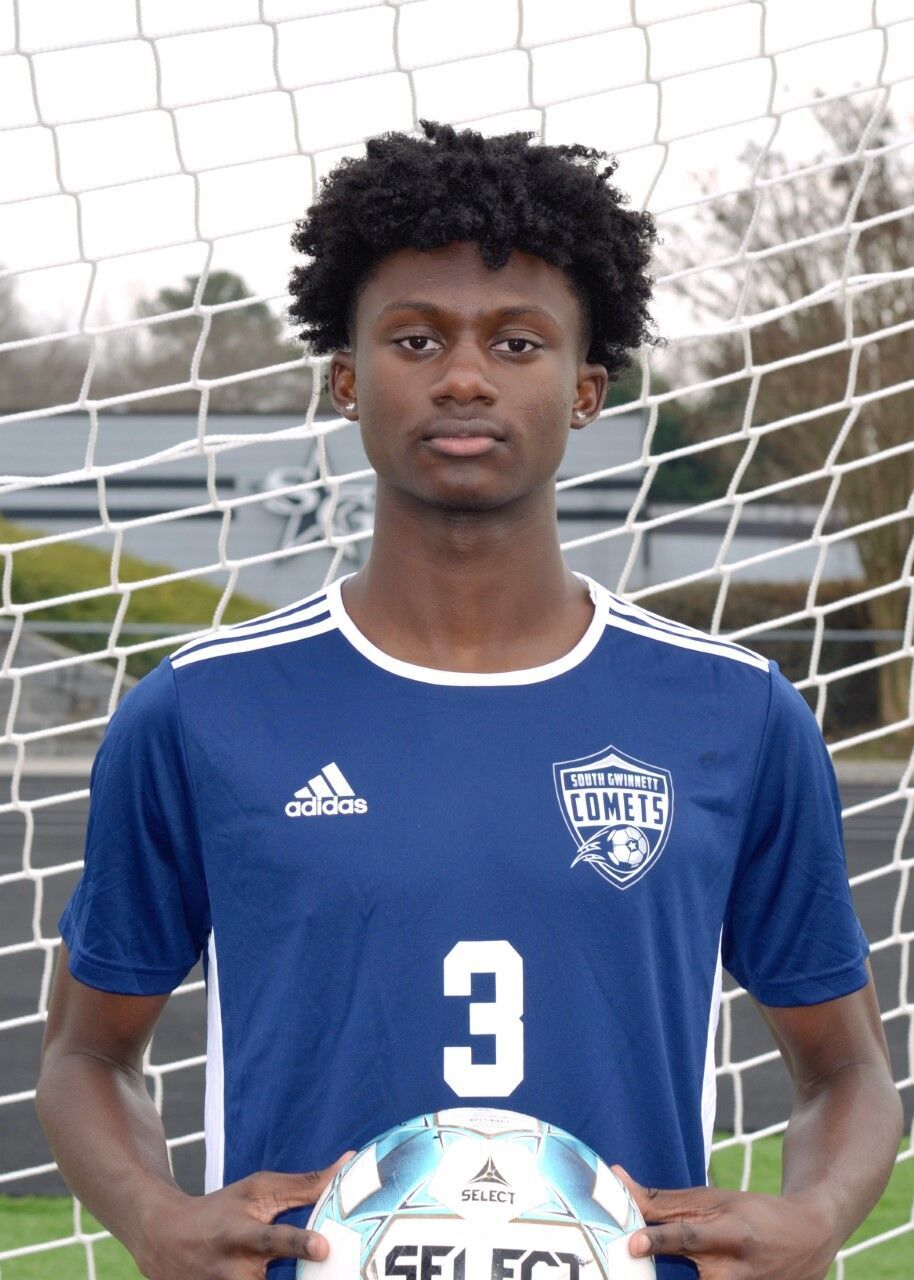 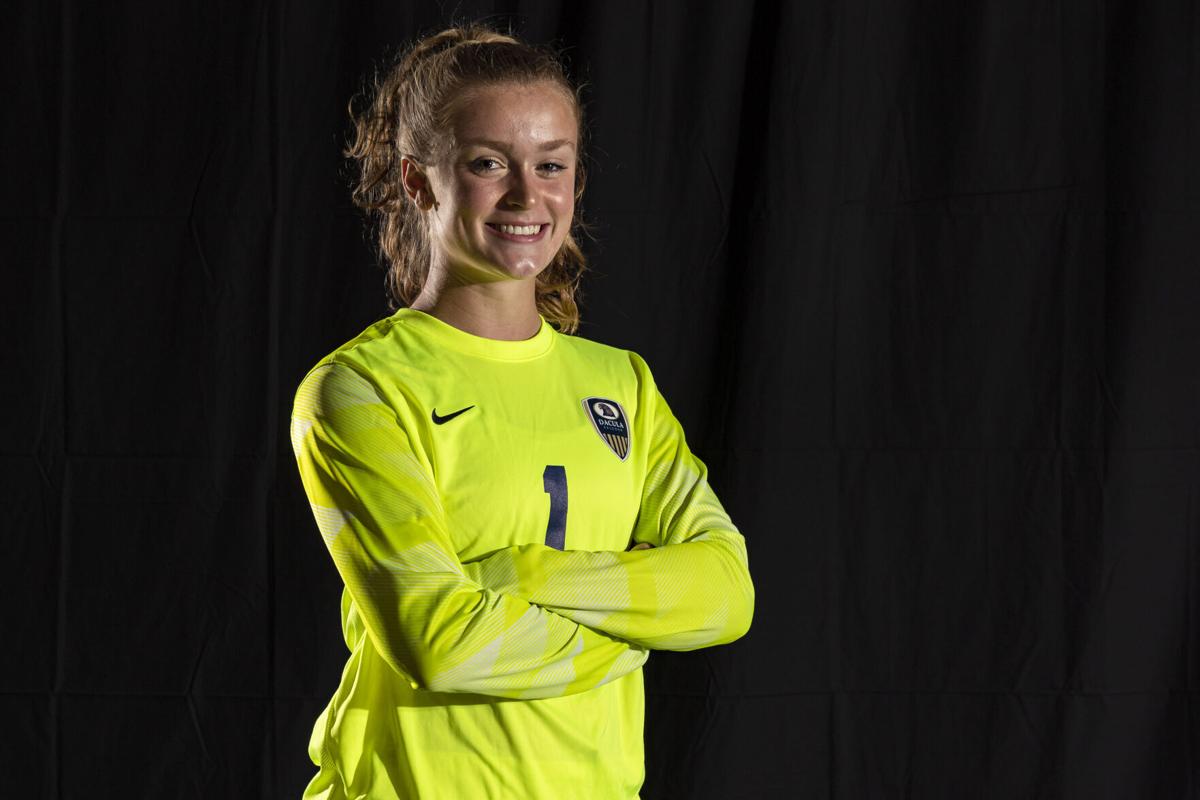 Best Gwinnett soccer player not on my team is: Eddy Sipah

Song that gets me ready for a match: “Gifted” by Cordae featuring Roddy Ricch

Coach Christian Vasquez’s take: “Kadeem is the ideal striker. His size, speed and skills make him an extremely dangerous player and can impact the game at any moment. Kadeem always plays the game with a smile on his face and makes players around him better. I am excited to see him succeed this season.”

Best Gwinnett soccer player not on my team is: Eddy Sipah

Song that gets me ready for a match: “Proud of U” EarthGang featuring Young Thug

♦ Anchored defense that allowed two goals in 11 matches in 2020

Coach Christian Vasquez’s take: “Sekou is the ultimate team player. He can and will play anywhere the team needs him. Sekou is one of the hardest-working players on the field and will not stop running until the game is over. Sekou’s size, speed and skill make him a threat anywhere on the field. What also makes Sekou a top player is how coachable he is willing to be. I am excited to see him succeed this season.”

Best Gwinnett soccer player not on my team is: Kadeem Agard

Song that gets me ready for a match: “Don’t Stop Me Now” by Queen

Coach Ryan Sutton’s take: “Nick Kosut is a talented and relentless leader for our team. Nick is a two-year captain voted on by his teammates and is one of the top central midfielders in the state. A former United States Developmental Academy player, Nick has garnered attention from multiple D-I schools. Nick is a four-year starter for us and helped lead us to the state semifinals in 2018 as a freshman. In 2020, Kosut led our team with eight assists in nine games. Nick has the ability to play any position on the field. He can create goal scoring opportunities out of nothing and also excels on free kicks. His technical ability and work rate separate himself from the rest.”

Best Gwinnett soccer player not on my team is: Eddy Sipah from Discovery

Song that gets me ready for a match: “Faneto” by Chief Keef

♦ Earned all-county and all-region honors in 2019

Coach Stephen George’s take: “We are excited to have Rosemond back for his senior season. He was our leading goal scorer in 2019 and we expect him to lead the Mill Creek offense again this season. Rosemond is a dynamic attacker who can create goals for himself and combine well with the players around him. His pace and 1v1 attacking ability make him a goal-scoring threat every time he receives the ball.”

Best Gwinnett soccer player not on my team is: Jose Cabrera

Song that gets me ready for a match: “Can’t Stop” by Red Hot Chili Peppers

Coach Jamie Gleeson’s take: “Kevin is so much more than a brilliant goalkeeper. He has so many qualities that make him an outstanding athlete and an even better leader. His passion for life as a whole translates to everything he commits his energy to and that of course bleeds over to everyone who meets him. I’ve been extremely lucky to coach Kevin and watch him progress into a top-level goalkeeper, passionate captain and outstanding young man. He’s made me a better coach and has the strength to push our young team to do big things this season and for years to come.”

Best Gwinnett soccer player not on my team is: Mill Creek’s Rosemond Lekeaka

Song that gets me ready for a match: “Rule of Two” by Youngs Teflon

♦ First-team all-region defender as freshman in 2019

Coach Ryan Sutton’s take: “Rio Onwumere is a natural defender and one of the very best I’ve ever coached. Rio is a member of the United States Youth Soccer Southeast Region Pool and is a two-year captain for Ridge. Rio is one of the most athletic kids in our school and his combination of speed, physicality and work rate are second to none. Rio is a physical central defender and has started every game in his high school career. Rio was voted to the all-region team in 2019 as a freshman. Rio has multiple top colleges and universities interested in his services at the next level.”

Best Gwinnett soccer player not on my team is: Parkview’s Molly Hickman

Song that gets me ready for a match: “All of the Lights” by Kanye West

Coach Adel Mohsen’s take: “Stella is a tremendous player that shows up every day ready to work. I am so excited to be her high school coach this season. Stella is a versatile player that can help us anywhere on the field. She raises the level of play of those around her by being none of the most driven and competitive players in practices and games. She has been part of the varsity program at Brookwood since her freshman year and was an essential part of the team making it to the Final Four that year. She is not done yet, with another year at Brookwood, and ready to encourage and assist her high school teammates to achieve their dreams of success.”

Best Gwinnett soccer player not on my team is: Brooklynn Fugel

Song that gets me ready for a match: Red Hot Chili Peppers

Coach Colleen Foy’s take: “Michaela is a very special student-athlete that I have had the honor to coach the last few years. Her presence on the field is unmatched and she is the best 1v1 keeper I have ever seen at this level. She is just so solid in the net and this has allowed the team to play and learn many different formations. She is a natural leader and a great role model for her team and all of her peers. She truly is a one of a kind athlete and person that has impacted our program and school in so many positive ways. Her future is extremely bright, and we are looking forward to her senior year and following her future at Georgia Southern.”

Best Gwinnett soccer player not on my team is: Daniela Henriquez

Song that gets me ready for a match: “Coco” by 24kGoldn featuring DaBaby

Worst soccer injury: When I was playing against a boys team, I got flipped by the goalie and broke my back

Coach Ryan Burkhart’s take: “Hayley has put so much work in since she walked onto this campus as a freshman. The player she is today is due to the hard work and her continued drive to add to her game and always improve. She is a player who I truly believe is still on the rise and her best soccer in still in front of her. The university she chooses will be very lucky.”

Best Gwinnett soccer player not on my team is: Ayo Oke

Song that gets me ready for a match: “Ghost Town” by Kanye West

Coach Jeff Tinklepaugh’s take: “Alli is a dream for a coach. With her in goal, we will have a chance in every match we play. She is the best keeper to come through Collins Hill in the last 20 years. She works as hard in the classroom as she does on the soccer field and her current GPA is 3.93. Alli is a great young lady that is a role model for her peers. This past football season following one of our games, she and a friend on their own initiative picked up all the trash from the students’ section. She isn’t a typical teenager in any respect. She has demonstrated her character through actions throughout her high school career. To say that we are looking forward to this season with her in net would be an understatement.”

Best Gwinnett soccer player not on my team is: Buford’s Carley Borgelt

Song that gets me ready for a match: “Whatever It Takes” by Imagine Dragons

♦ Four-year starter in the Hawks’ midfield

Coach Vince Hayes’ take: “Ellie is an absolute dynamo on the field, she outworks her opponents, is a great teammate in the locker room and is willing to do whatever it takes to help her team win. She has made her mark on our program from her very first game and has been a superb player in training and on the pitch. Though not the player who may be first on the scoresheet, her fathomless energy to run, press, commit and make plays is that spark that complements our style of play at Mill Creek. I speak for our staff to say we are beyond blessed to have coached her.”

Best Gwinnett soccer player not on my team is: Marie Listenbee

Song that gets me ready for a match: “Unstoppable” by Sia

Worst soccer injury: Tearing ligaments in my ankle, out 6 months

Coach Judson Hamby’s take: “Timmie has been tremendous for our program the last three years. She is 100 percent fearless and will run through a wall for her team if needed. She leads on and off the field and is such a great commander. She was set to have an outstanding junior year before the season was cut short and that motivates her and the team to finish well in 2021.”

Michaela English’s musical taste is eclectic, built from a mix of experiences like her classical “Baby Einstein” CDs as a toddler and the Red …

Not true. Coaches submit nominations and there is a voting committee of some sort.

Congratulations to the players selected for the GDP Super Six Soccer for 2021. I am curious to understand the selection process for this recognition, and how no players from the girl’s North Gwinnett state champions team have been included for the last 2 years. Just curious.

The coaches and the school is responsible for that.

Check with your coach to make sure the player/players were nominated.

I know for a fact that two players were nominated by the coach last year and overlooked. He may have chosen not to nominate any this year out of disgust in the process. Thanks.

2020 Super Six was a tough one to make on the girls side. Good luck this season.