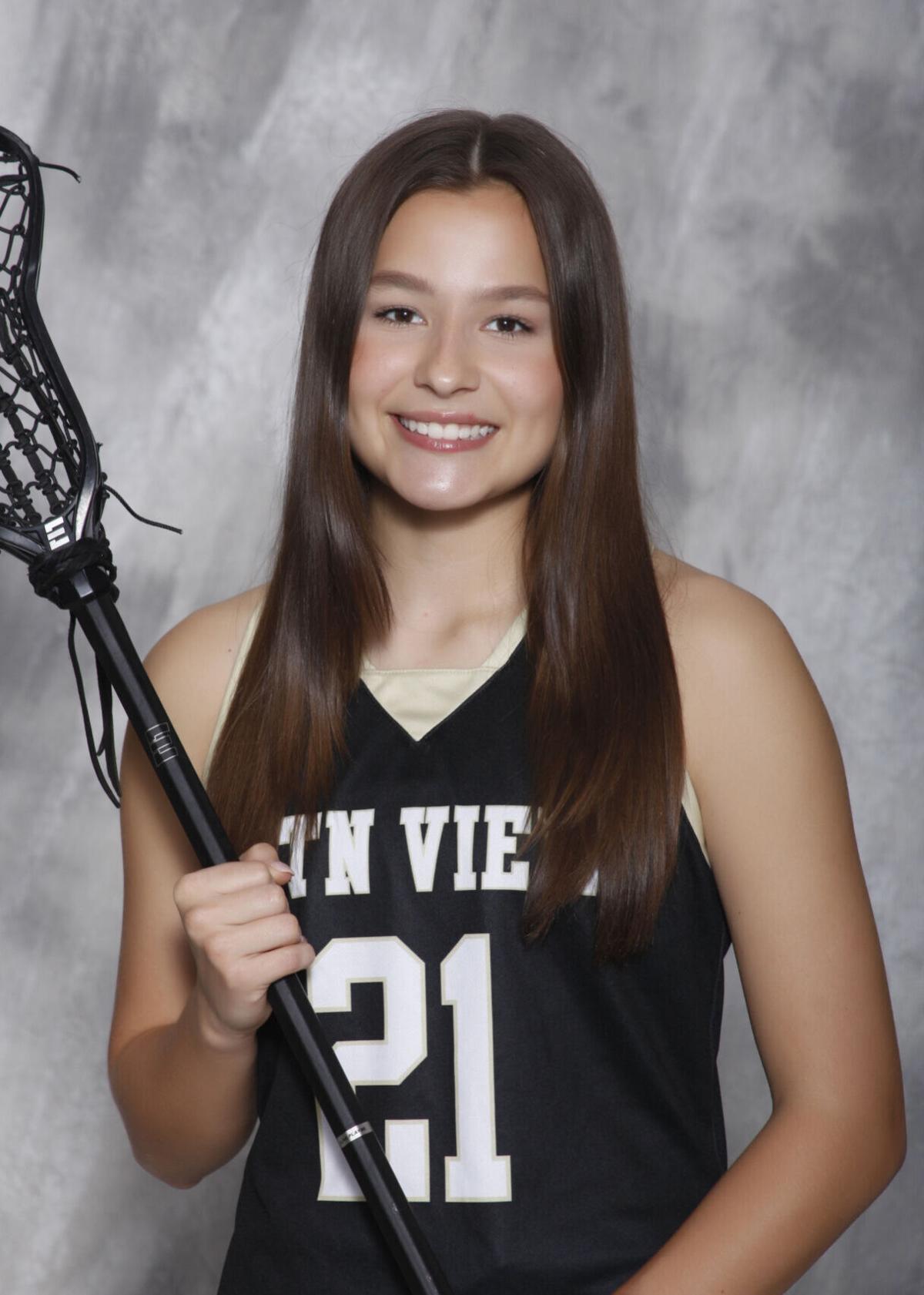 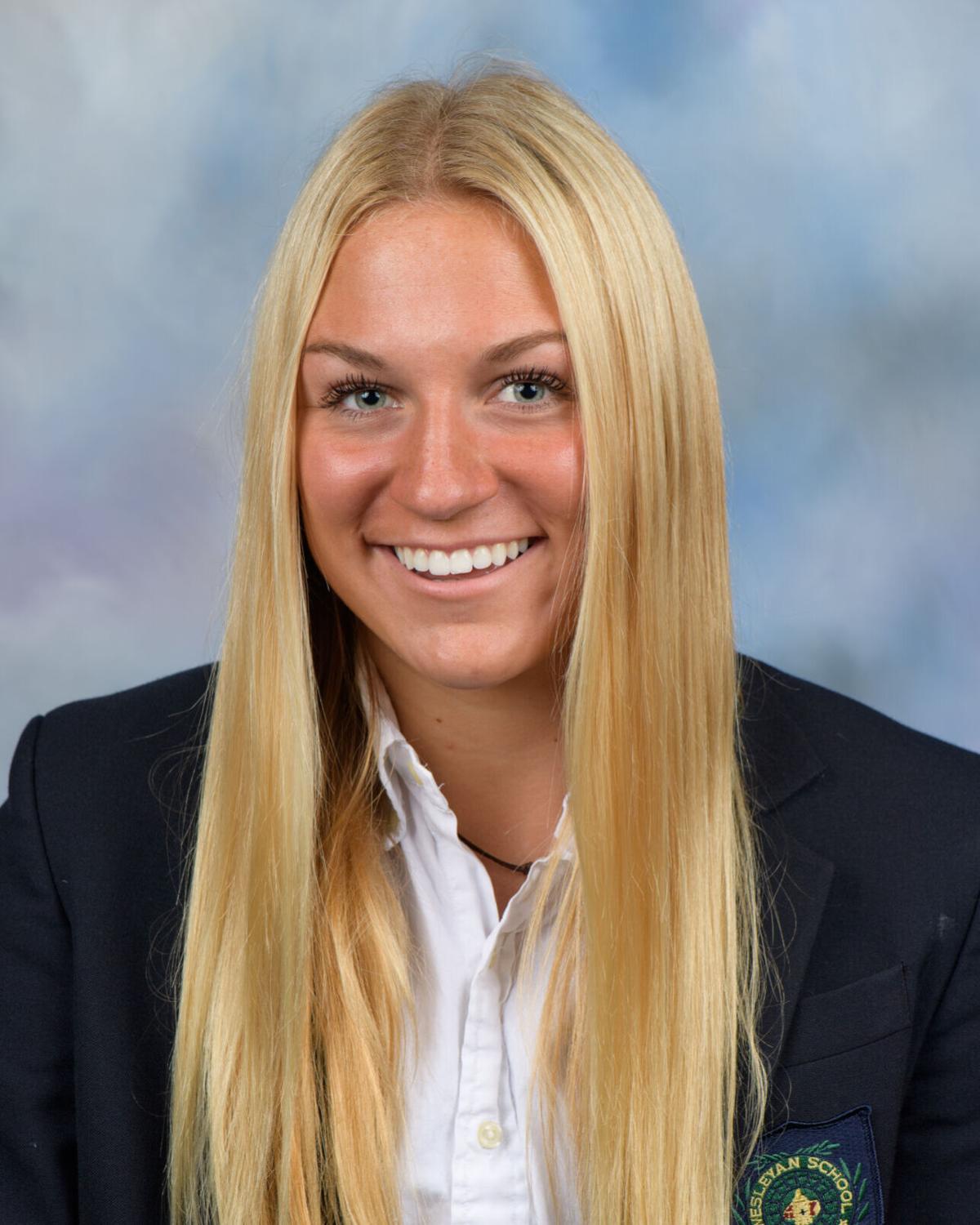 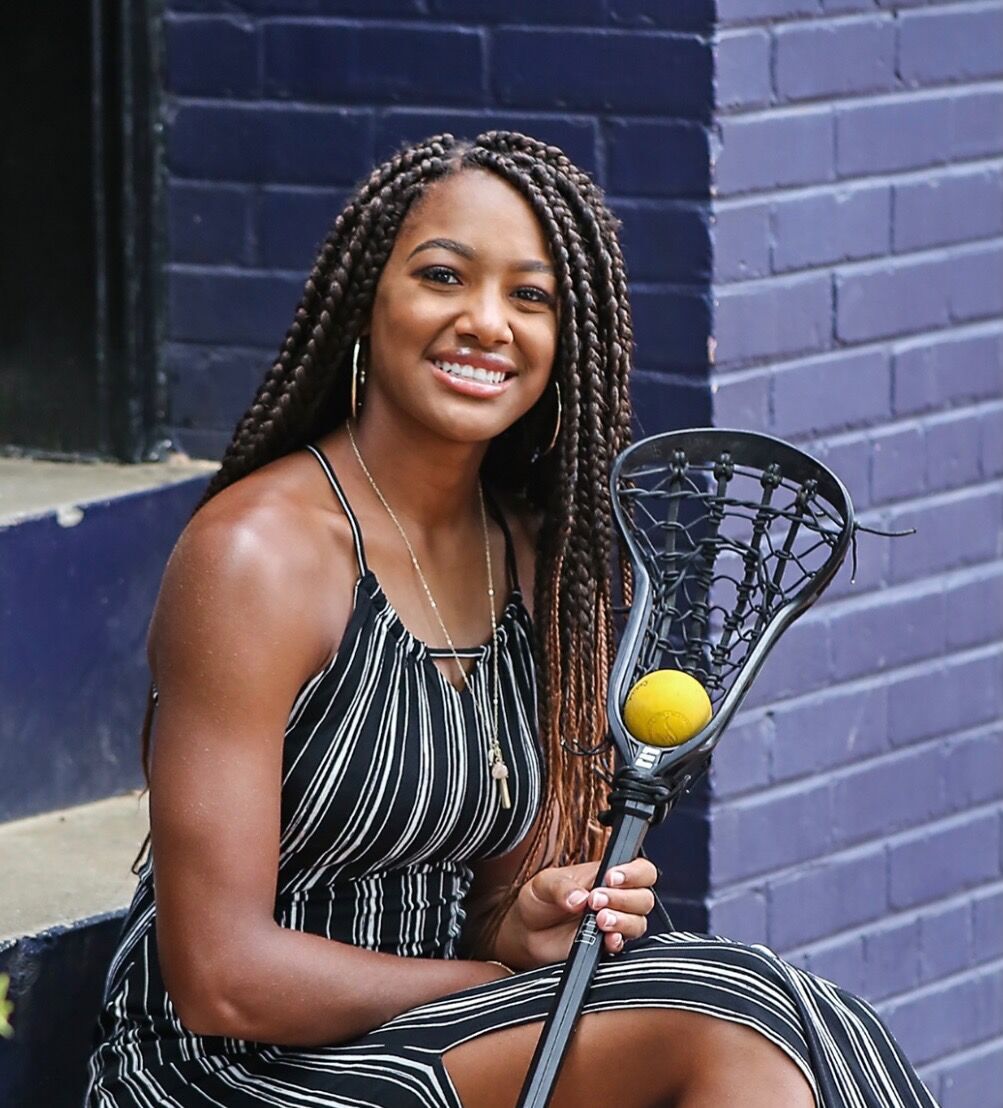 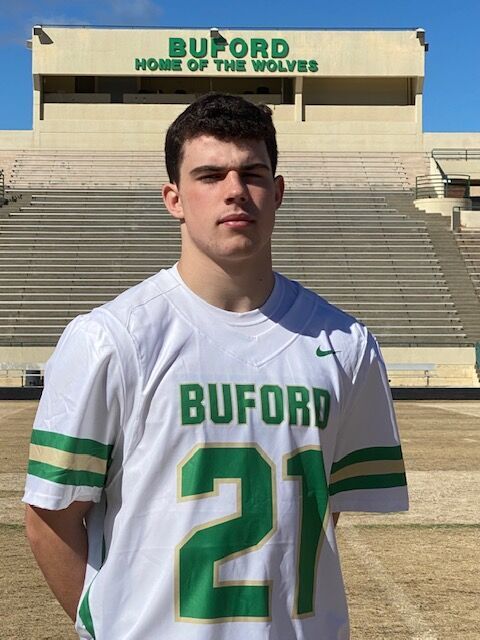 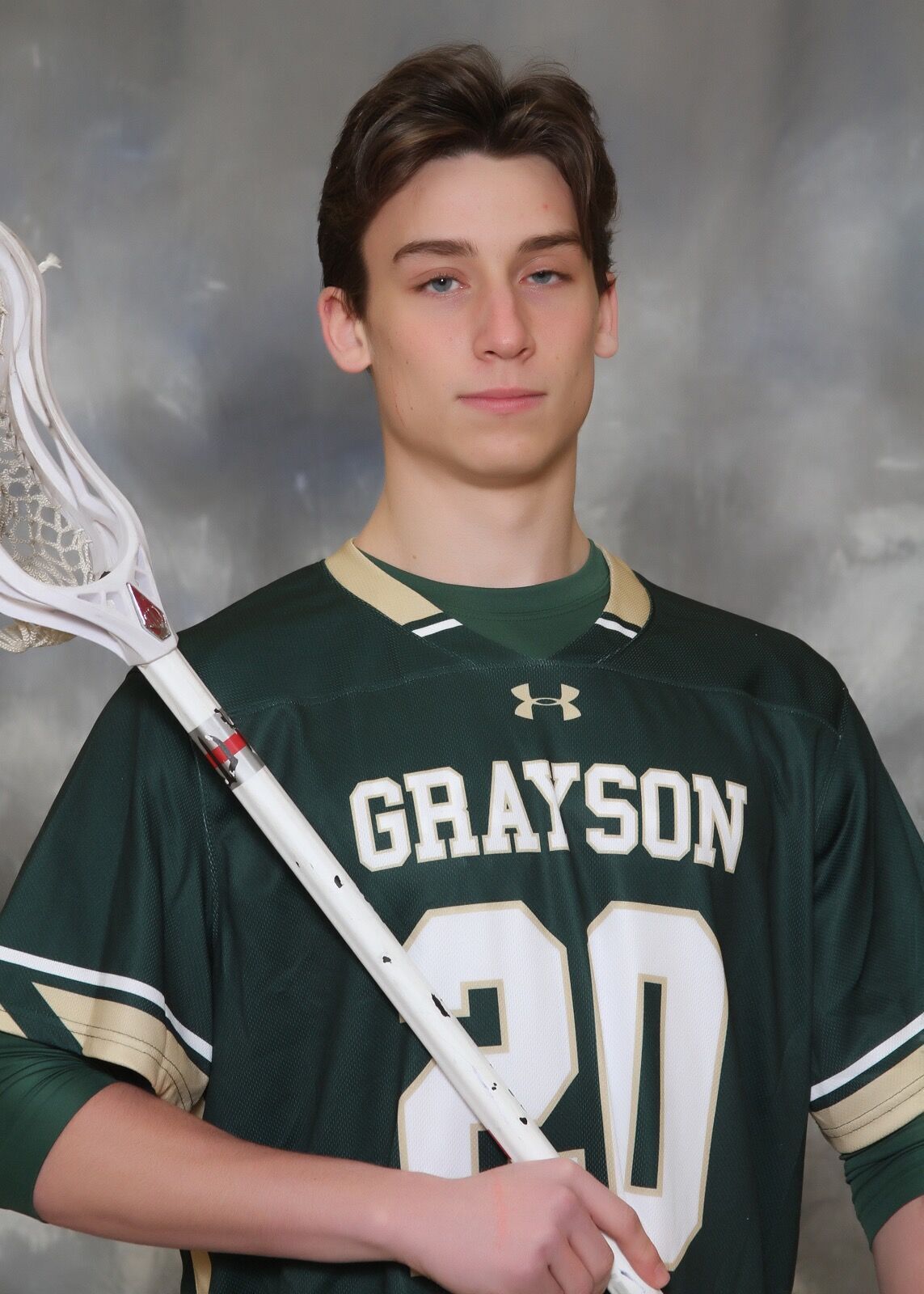 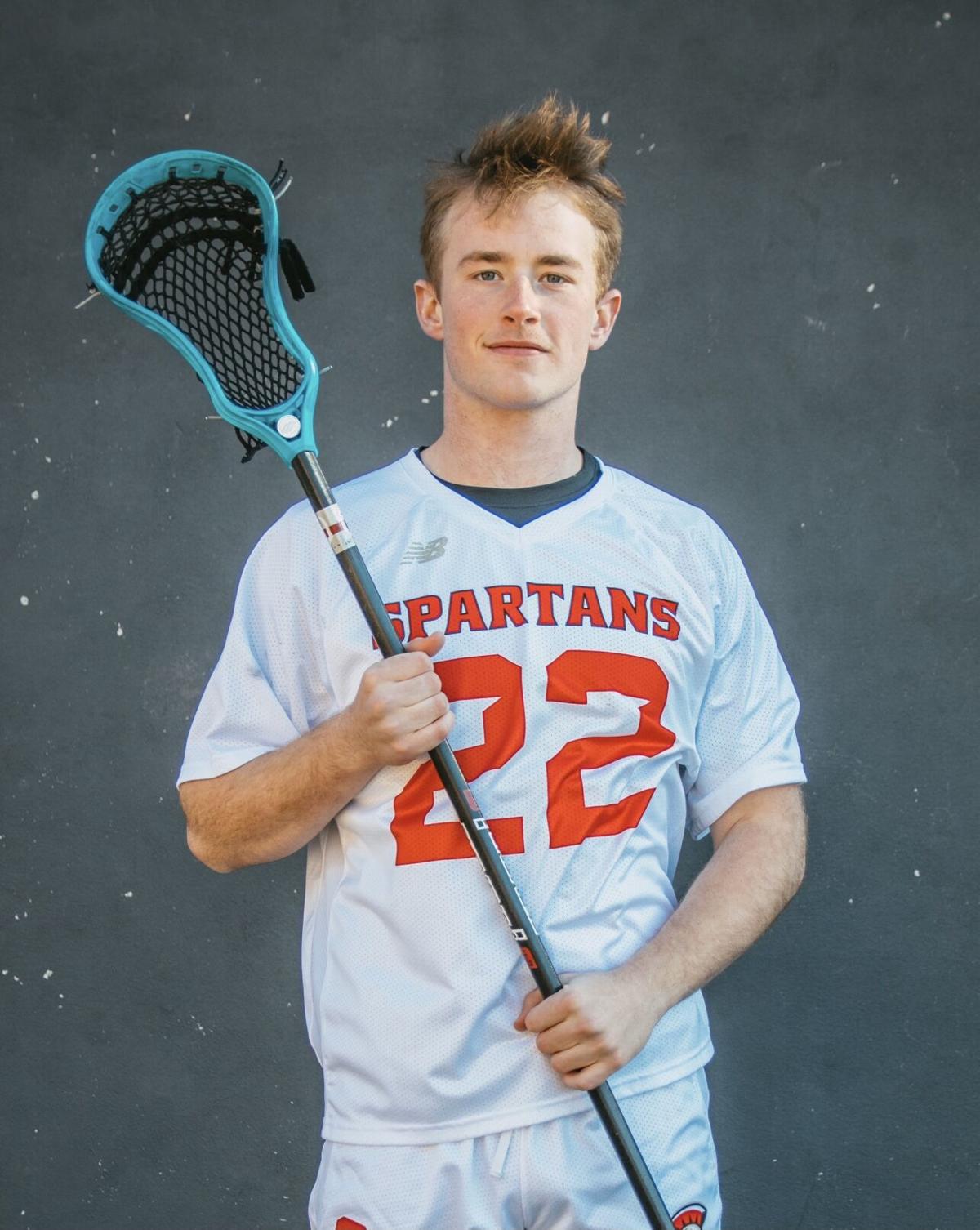 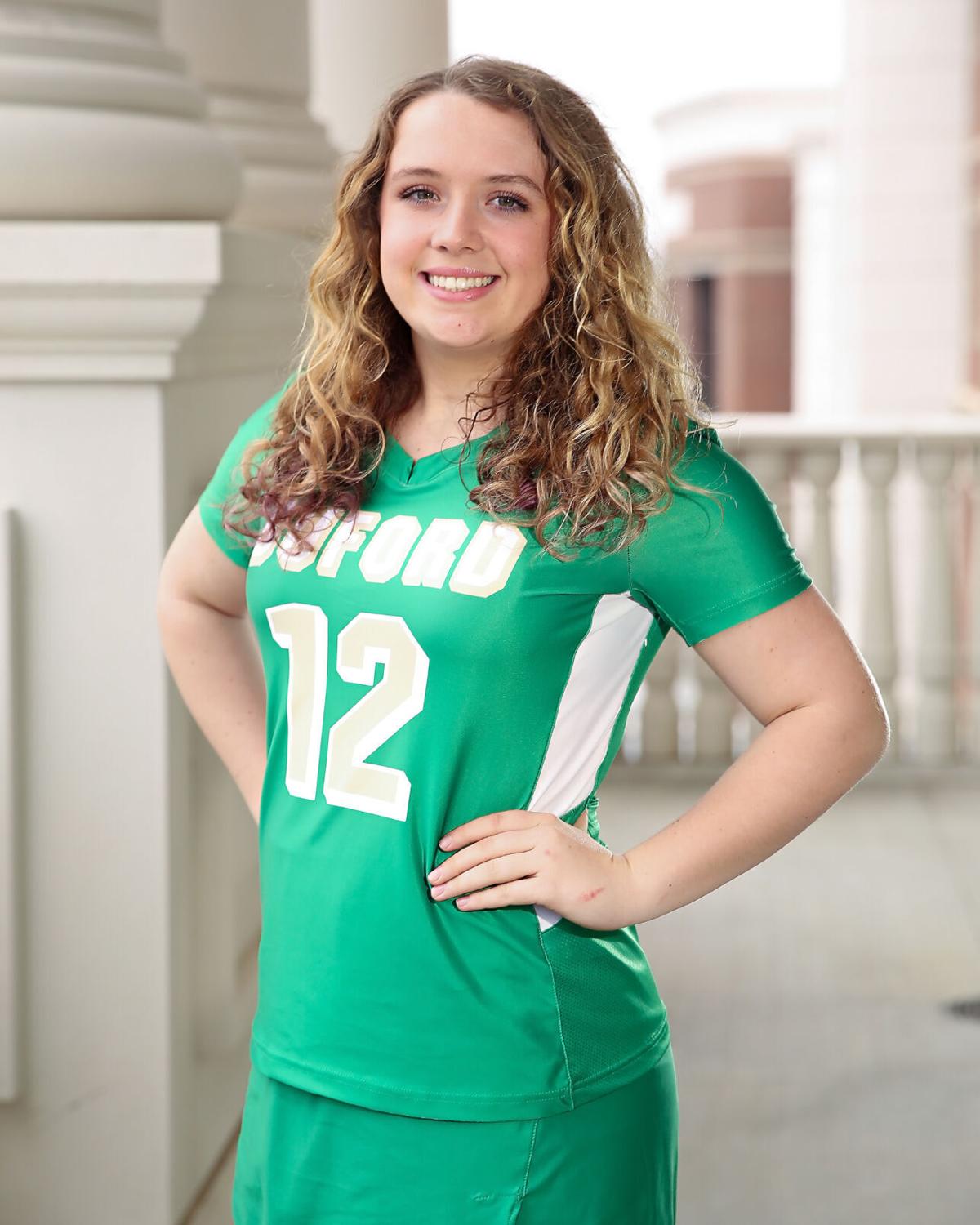 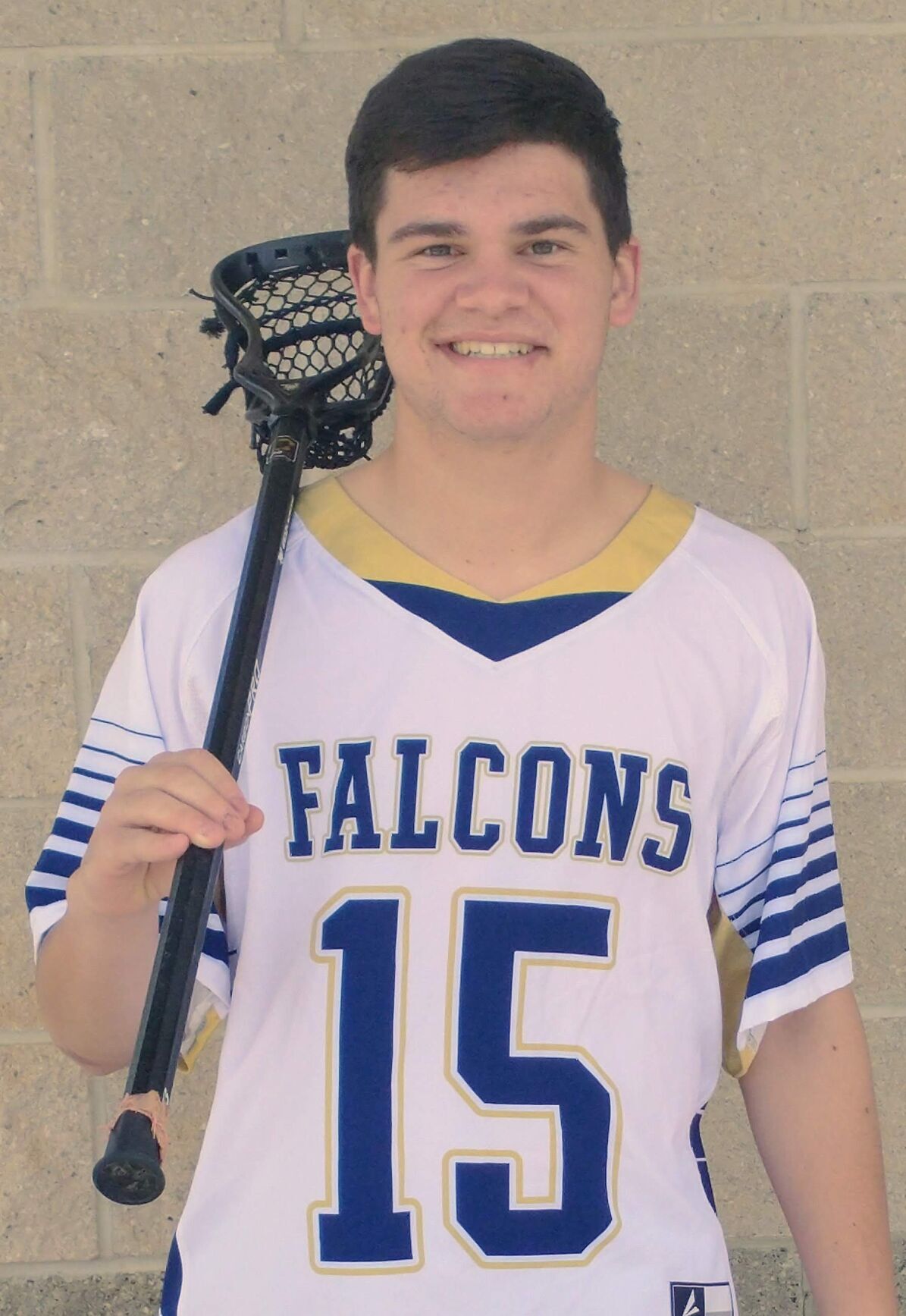 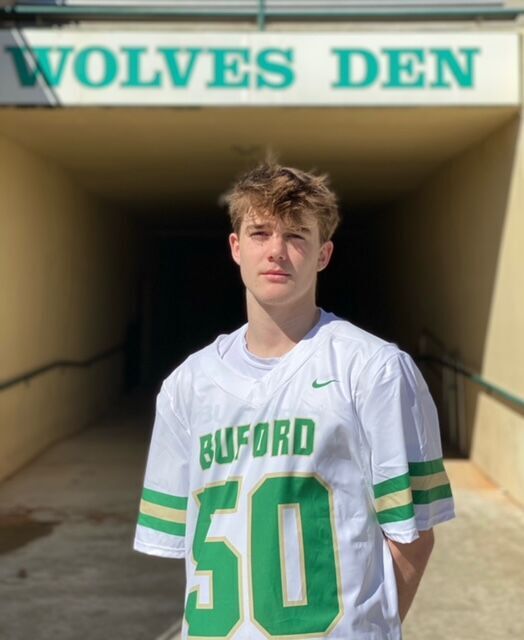 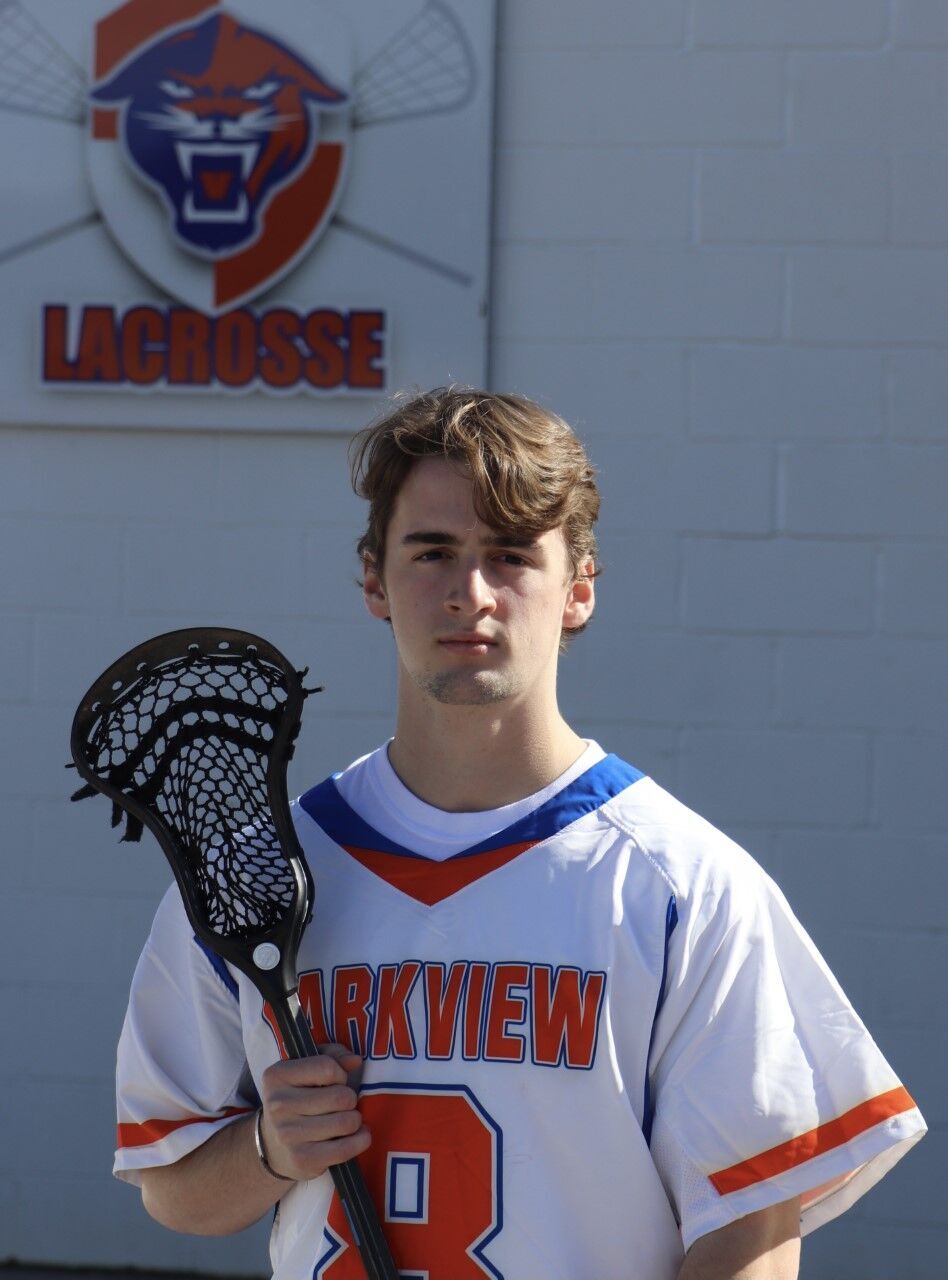 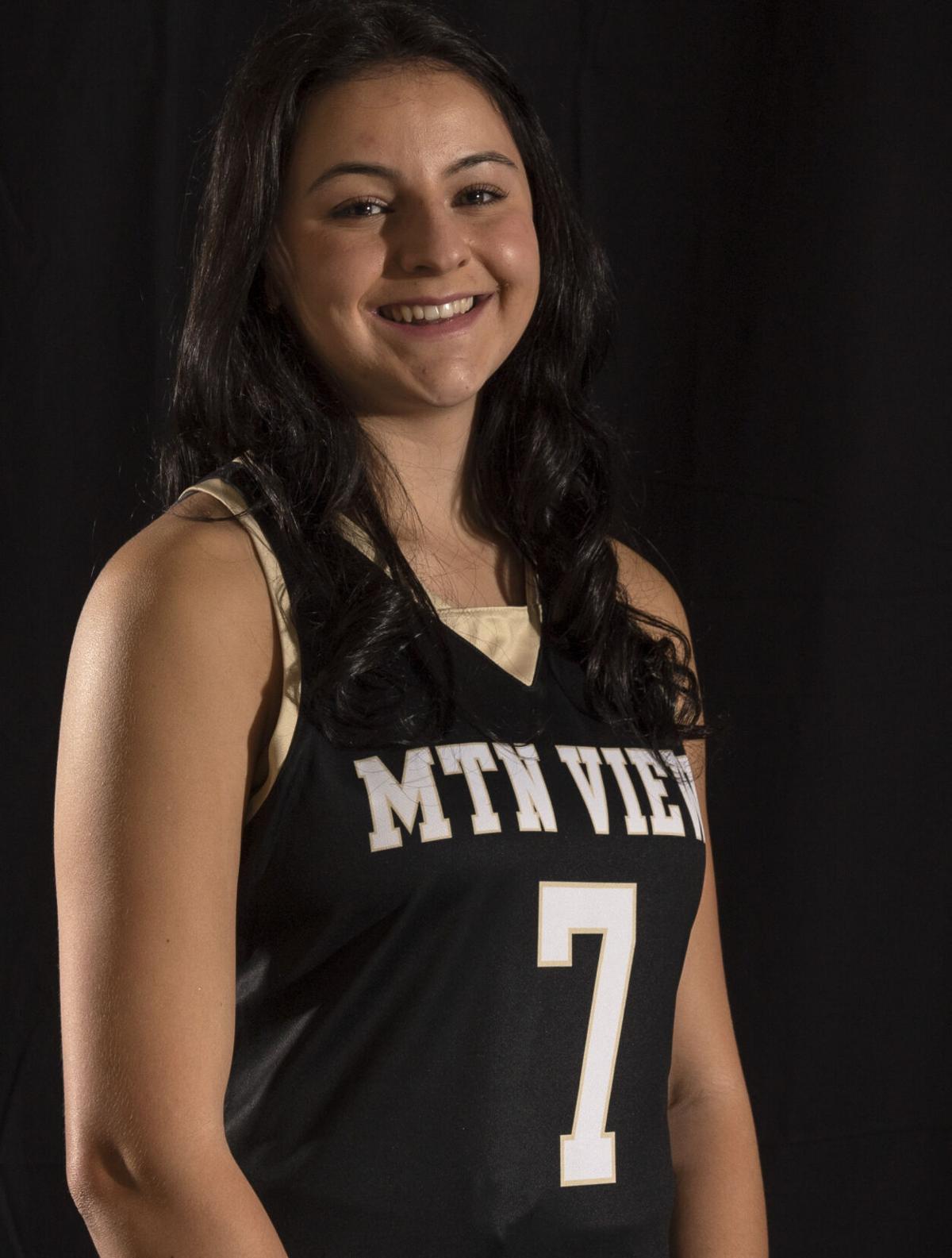 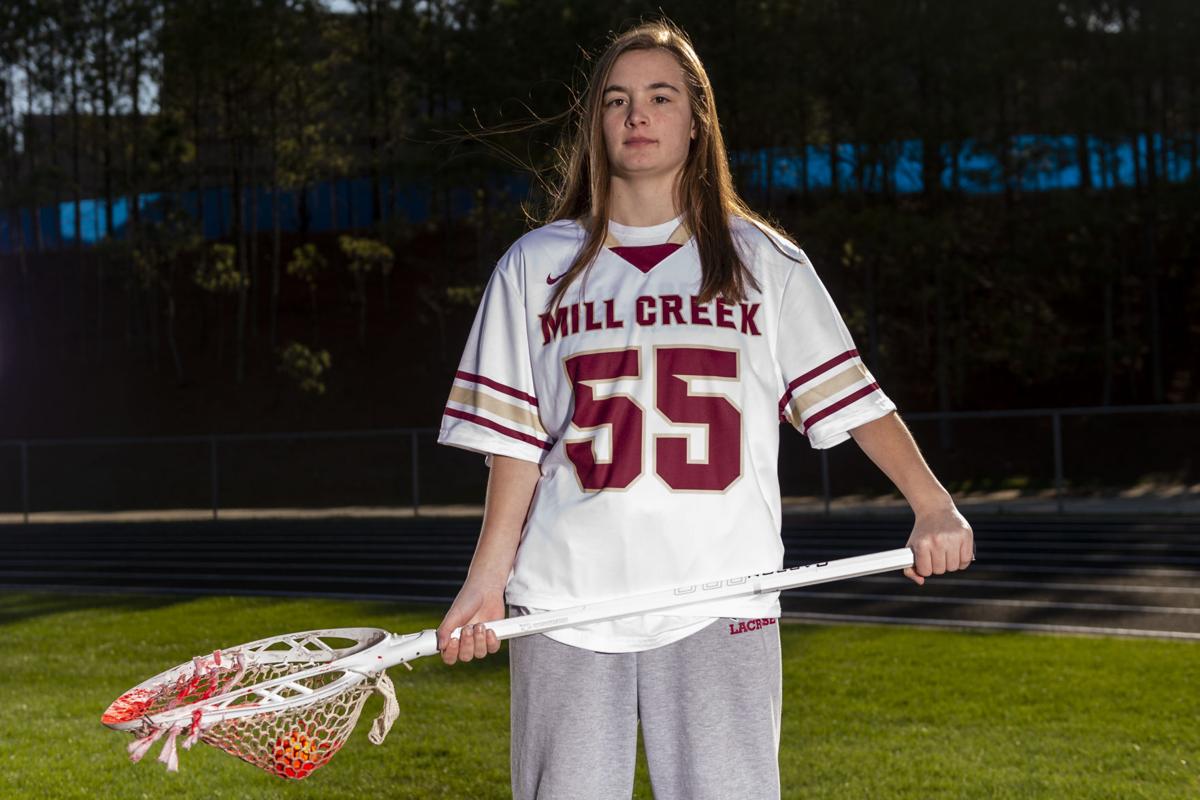 Best Gwinnett player not on my team: Matt Morgenroth, Dacula

Coach Dave Erwin’s take: “I have had the pleasure of knowing Jack since he was in first grade and watched him play since he was in second grade. His tenacity to move toward the goal, when many would have little chance of scoring, and find a path to a goal is amazing. He is the team leader and it shows on and off the field. Parkview is lucky to have such a strong player and leader. This is all a result from a family of lacrosse players. His father Scott Bunson has coached on and off for Parkview since our founding year and built the youth league that has fed us such talented players both on the girls and boys side.”

Best Gwinnett player not on my team: Riley Shaw

Coach Kevin Peek’s take: “Mikey has been an integral part of our offense for the last three seasons. Not only will he be the offensive leader this year, but will also be relied on for team leadership. Our offense will need his big game experience to help develop younger players this season and to remain cool under pressure. Mikey scored one of the biggest goals in Buford lacrosse history with a last-minute game-winner for our first area championship in 2019.”

Best Gwinnett player not on my team: Riley Shaw

Coach Tim Ball’s take: “Thomas came into high school lacrosse running. He has started from Day 1 and he has never looked back. He, along with Joseph Rose, were the first juniors ever voted to be captains and Thomas leads not only with his words and his heart, but also through example. He wins every sprint, every conditioning rep and turns up the heat on the rest of the guys to make them better. He is also very encouraging to the younger players and making sure that no one gets too tight during games. He is so lighthearted and funny off the field, but during games he has laser focus and is constantly attuned to Coach Scott Ratliff’s instruction. Michigan doesn’t realize what a gem they’ve received and there is no reason to believe that he won’t carry the same progress into Division I lacrosse. He is going to be a nightmare for opponents.”

Best Gwinnett player not on my team: Lennon Connolly

Coach Gio De La Pena’s take: “Colin is a disciplined, athletic, intelligent lacrosse player with exceptional skills. His natural leadership has been apparent and impactful on our team since his freshman year as a ninth-grader on varsity. He rarely has to say much to make a difference in his teammates’ play and lives; his intentions, positivity and confidence are apparent in his actions. I hope he helps lead our young team in his senior season and adds to the legacy of Grayson Rams lacrosse. It has been an honor to coach him and I look forward to seeing him succeed out in the real world.”

Best Gwinnett player not on my team: Jack Goldstein

Coach David Bethea’s take: “Matt is a phenomenal scorer with a deep and genuine love of the game. He is fiercely competitive, works extremely hard at his craft and has developed into a complete offensive player that can score from anywhere on the field. It’s also been encouraging to see Matt’s growth as a teammate. He’s matured into someone that builds up younger teammates, helping them learn the game and refine their skills with a healthy balance of tough love and encouragement. I have learned more about the game from him than from any player I have ever coached and am so proud of the growth I’ve seen in the last six years as his teacher and coach.”

Best Gwinnett player not on my team: Thomas Lowman

Coach Kevin Peek’s take: “Davis has played all three defensive positions at different times in varsity games since he was a freshman. He plays with physicality and can be a shut down one-on-one defender on attackman or middies, and he can also be disruptive off ball if not getting dodged on. His experience on back-to-back state championship Buford football teams is helpful in big situations. He has also been groomed by past Buford defenders to be the leader on that side of the field now.”

Best Gwinnett player not on my team: Lauren Dobbs

♦ Had 44 goals and earned all-county honors as a sophomore

Coach Paul Hennelly’s take: “Lily has grown up in Mountain View lacrosse since the first girls team started at Rabbit Hill. While some kids lose interest over time, her lacrosse passion keeps growing. She works really hard in practice, plays high level travel ball for Eagle Stix and Southern Zone and trains year round to develop her strength and speed. She led our team in goals both freshman and sophomore year and was on pace again as a junior before the season was cancelled. She heads to Rabbit Hill after high school practice and coaches our youth teams and her Junior team won the GLL championship two years ago. Outside of lacrosse, she finds time to be the editor of our school’s literary magazine and can be found working hard to make that Hamilton Mill Chick-fil-A drive thru run smooth.”

Best Gwinnett player not on my team: Jordyn Olivo

Coach Anna Myrick’s take: “Anna Rae is physically gifted in her strength and has thoroughly honed her stick skills. She has tremendous intellect within game situations and always positions herself on the field in a way that allows her to make big plays. However, what stands out most is her excitement for the game and her teammates. Her loving personality is contagious, and her teammates love playing with her. She is a joy to know and coach, and I am excited to see how she continues to add value to our program this season.”

Best Gwinnett player not on my team: Naquia Hall of Peachtree Ridge

Coach Emily Jacquette’s take: “Jordan has been a playmaker for our program since her arrival four years ago. She is tenacious and has a tireless work ethic that inspires those around her. She plays with confidence, leads by example in her drive for success and contributes all over the field. Jordan’s fearless playing style elevates the flow of our game and her goal-focused work ethic has her in position to set multiple program records in the 2021 season.”

Best Gwinnett player not on my team: Amayah Jackson of Mill Creek

Coach Emily Jacquette’s take: “Courtney’s talents impacted our program immediately upon her arrival four years ago. She is one of the most fundamentally sound players we have ever had and her game is designed to play with and for the people around her. Her selfless work ethic and tremendous field awareness allow her to set the tone all over the field. She is explosive, competitive, composed and team-focused in all that she does. Her passion and game sense have her in position to break several program records in the 2021 season.”

Coach Paul Hennelly’s take: “It’s been a joy to watch Maria’s growth from freshman to senior year. She quickly gained the confidence of her teammates at practice in the first few weeks of ninth grade, and over the years has elevated the play of everyone around her. She is humble and quiet but leads by example and is very competitive. She has played her best in our biggest games in the playoffs, one-score area games, etc. Her teammates draw confidence in themselves from the example she shows on the field. Maria is serious about doing well in everything but also able to keep things in perspective and make a quick joke, usually at her own expense, to lighten the mood. She was the same way in my math class — always prepared, helped others, takes setbacks in stride to work harder and is an excellent A student. Maria may not be one to seek the center of attention, but she’s confident to be the one to seek out the ball in big moments on the field.”

Best Gwinnett player not on my team: Maria Palomba

Coach Brian Williamson’s take: “Juliana has been an outstanding player for us for four years now. She has an amazing presence inside the goal circle, and she directs and leads our defense to be one of the best in the state. In addition to being a great lacrosse player and a great teammate, she does a great job of lightening the mood and making everyone laugh frequently during our practices. I have never seen anyone that loves being a goalie as much as J.“