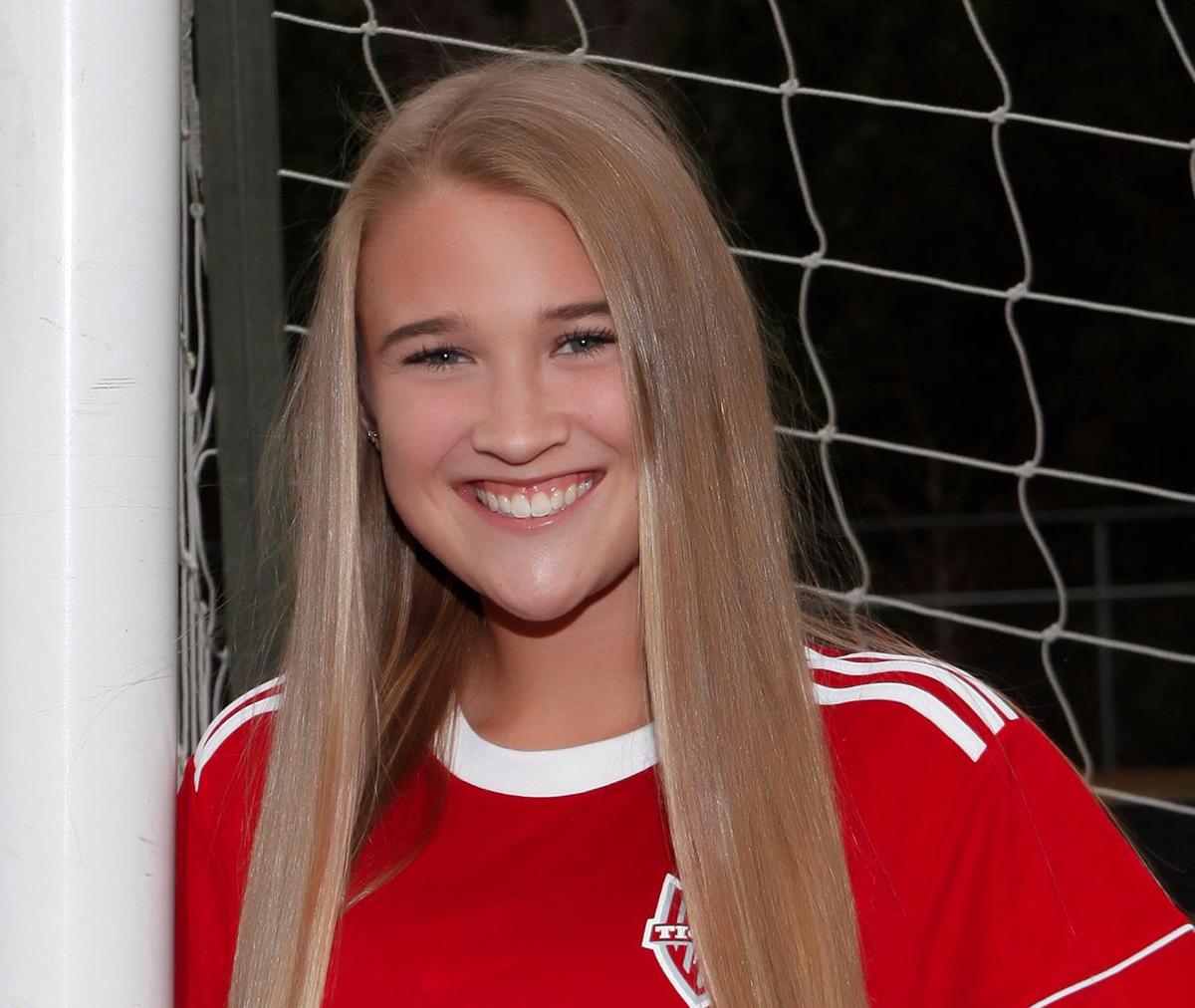 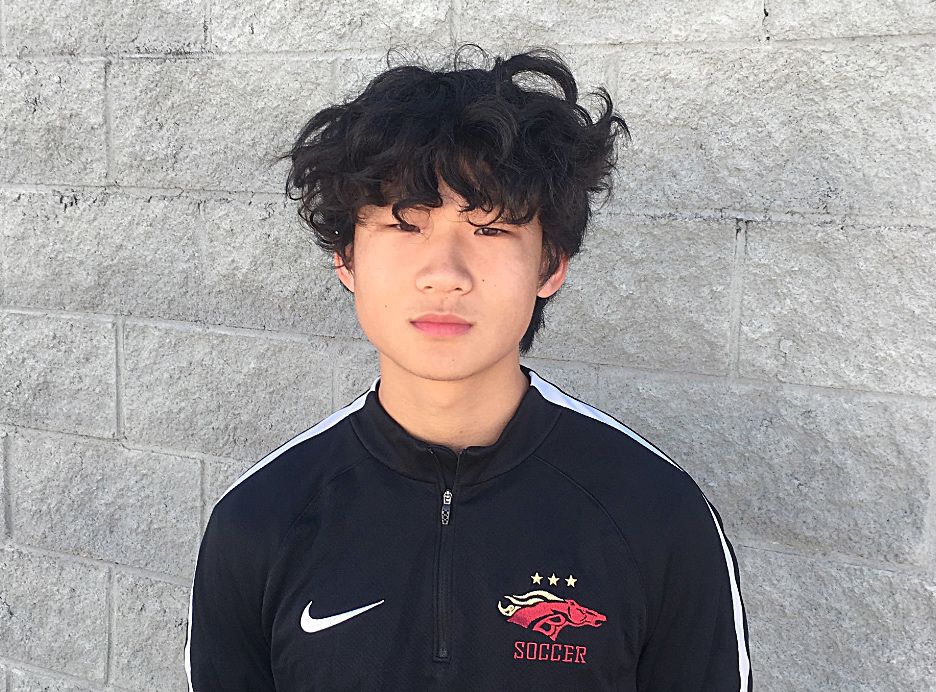 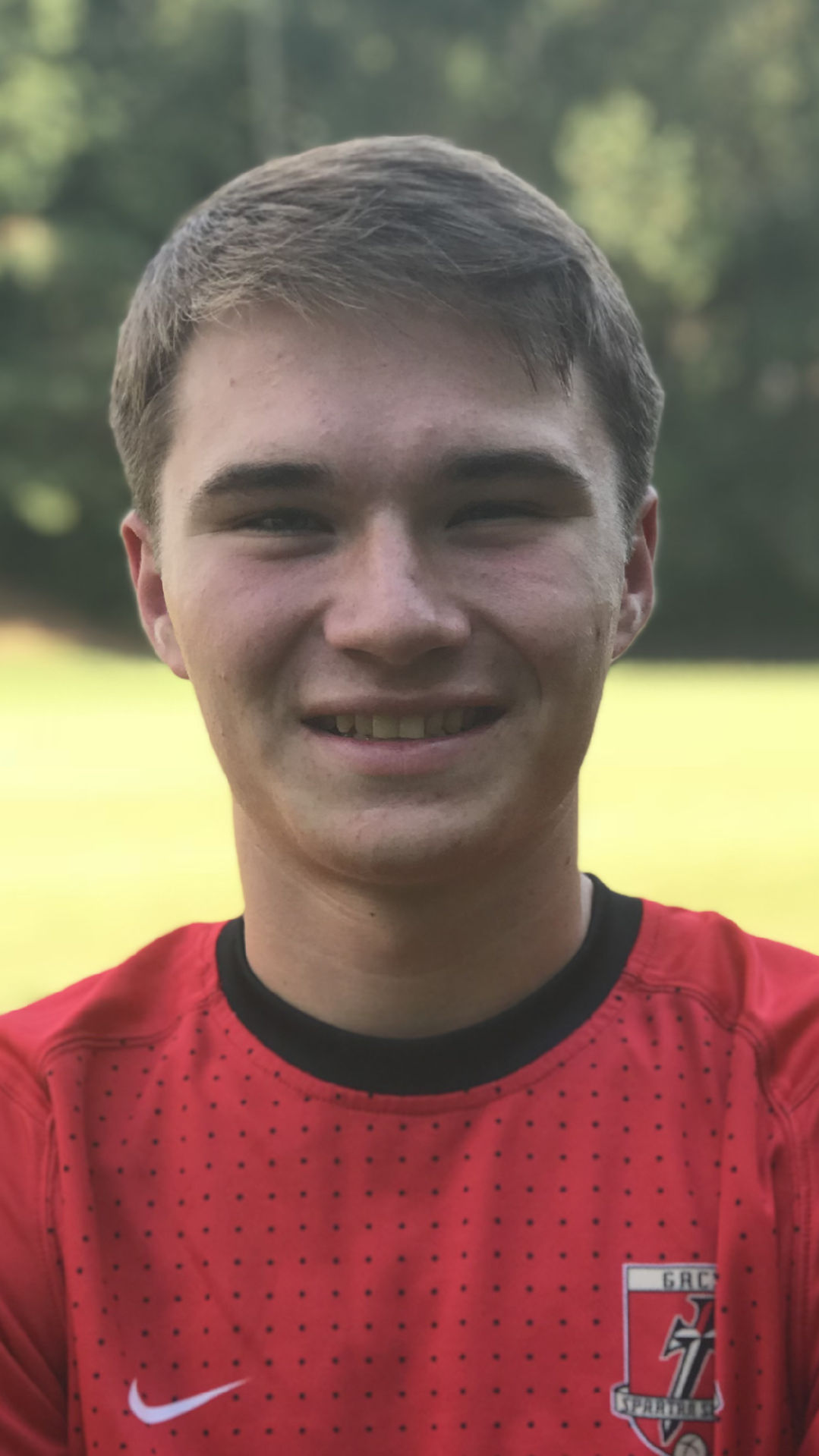 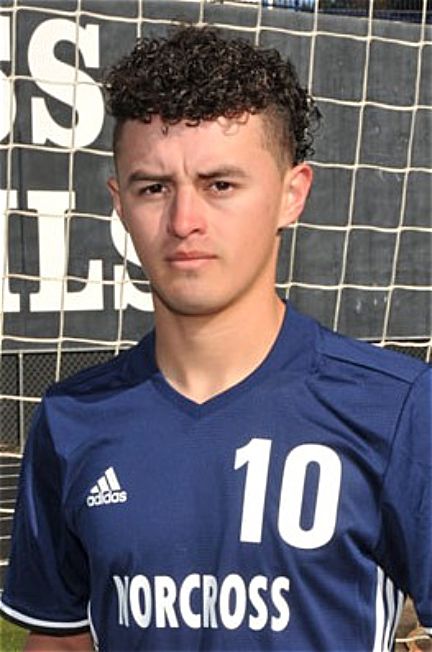 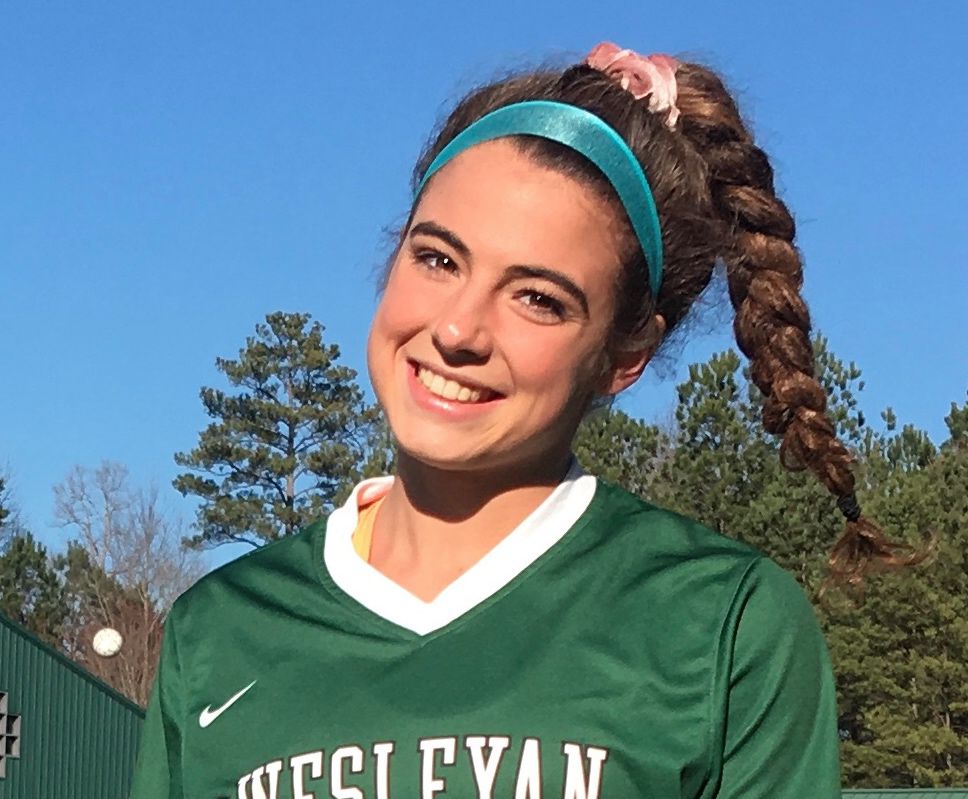 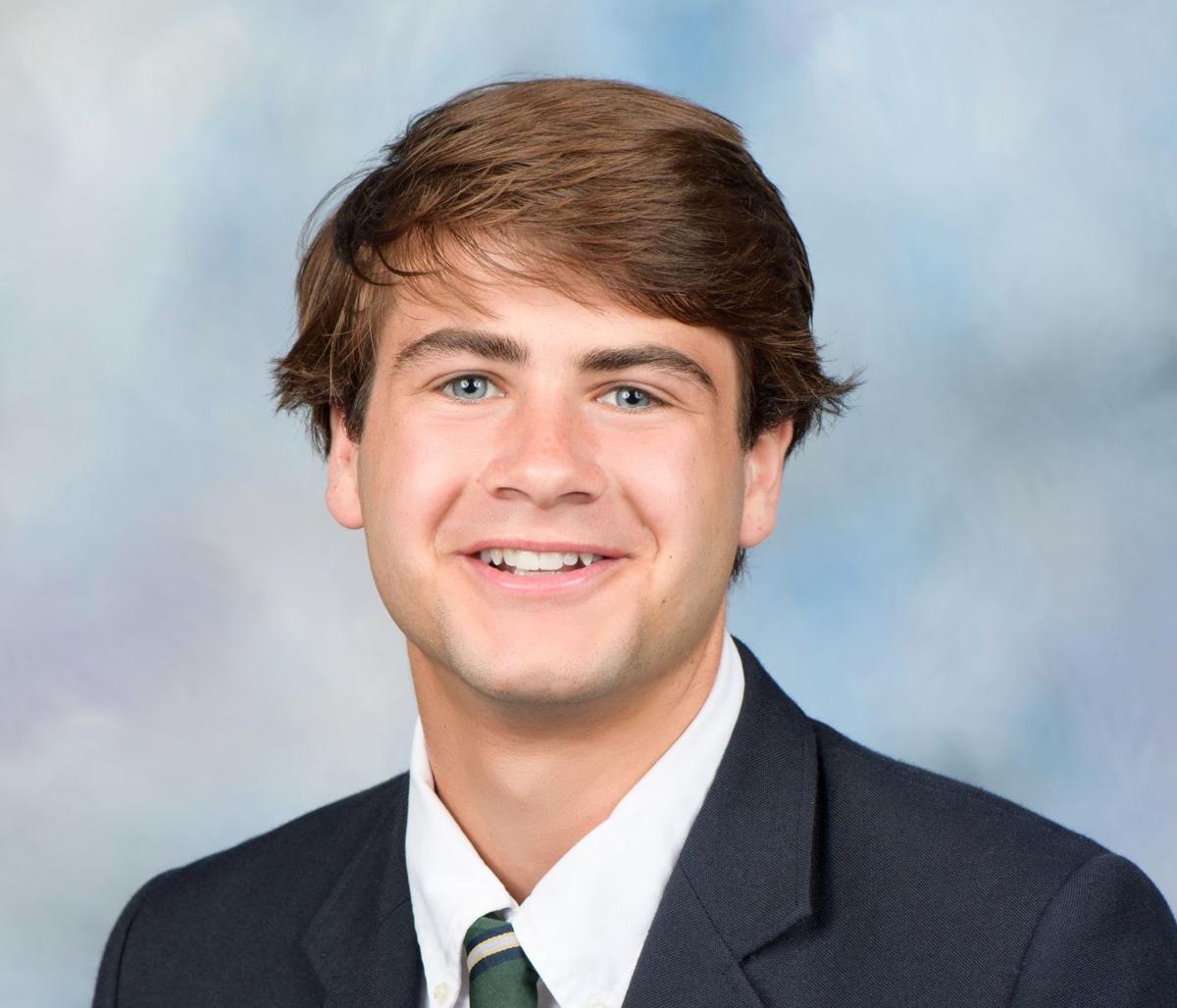 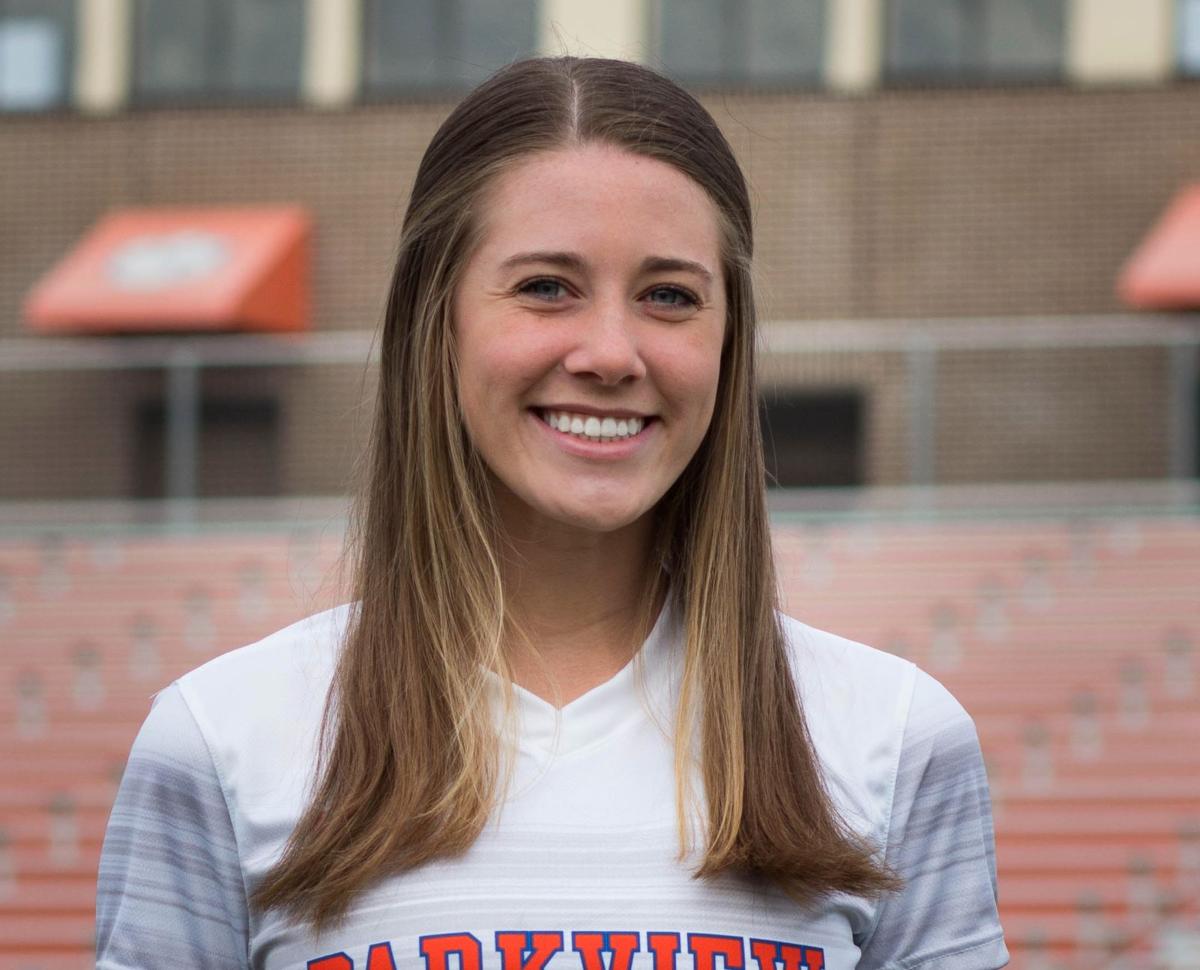 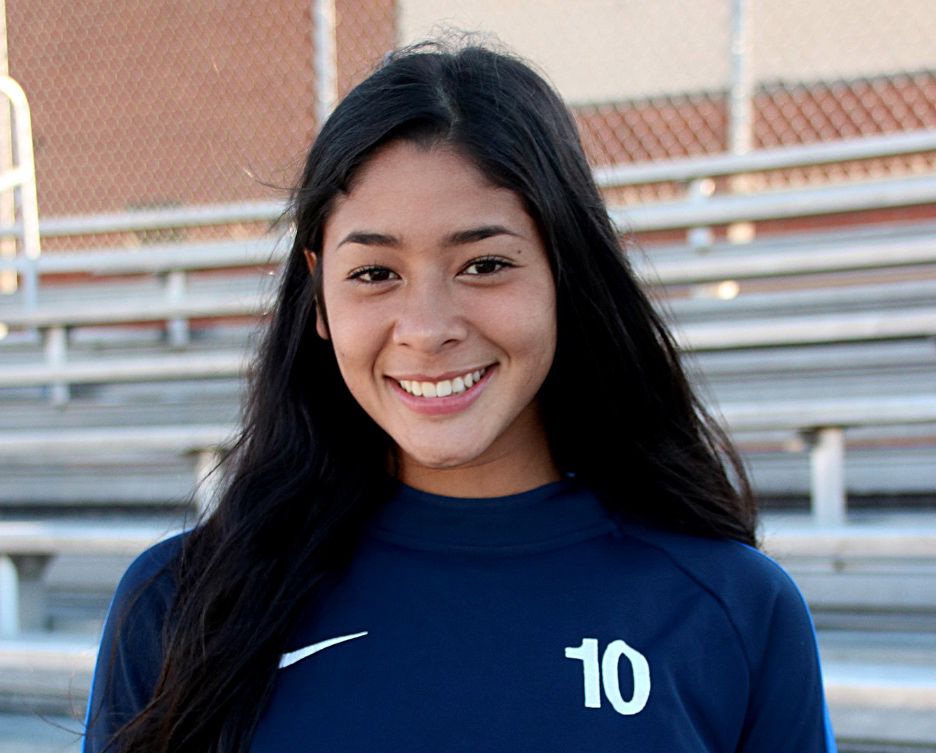 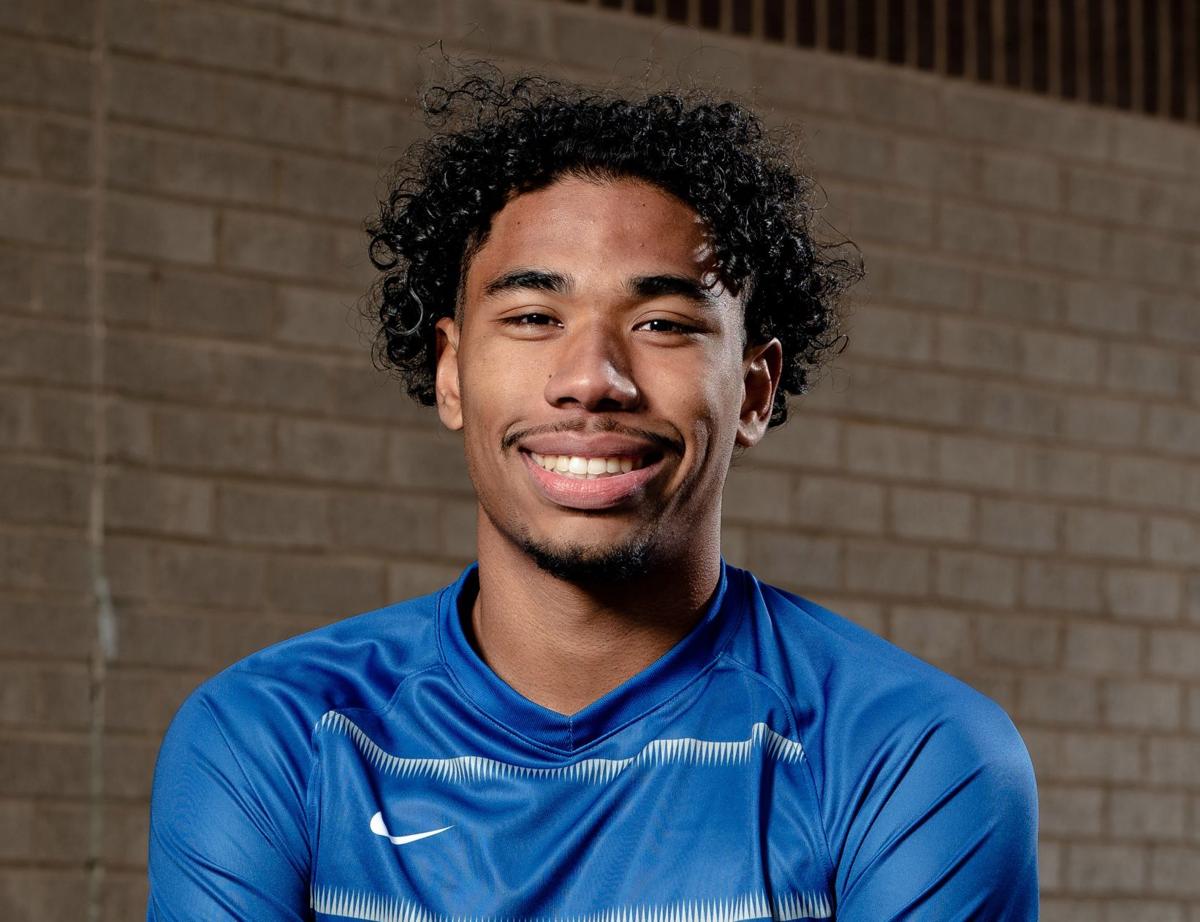 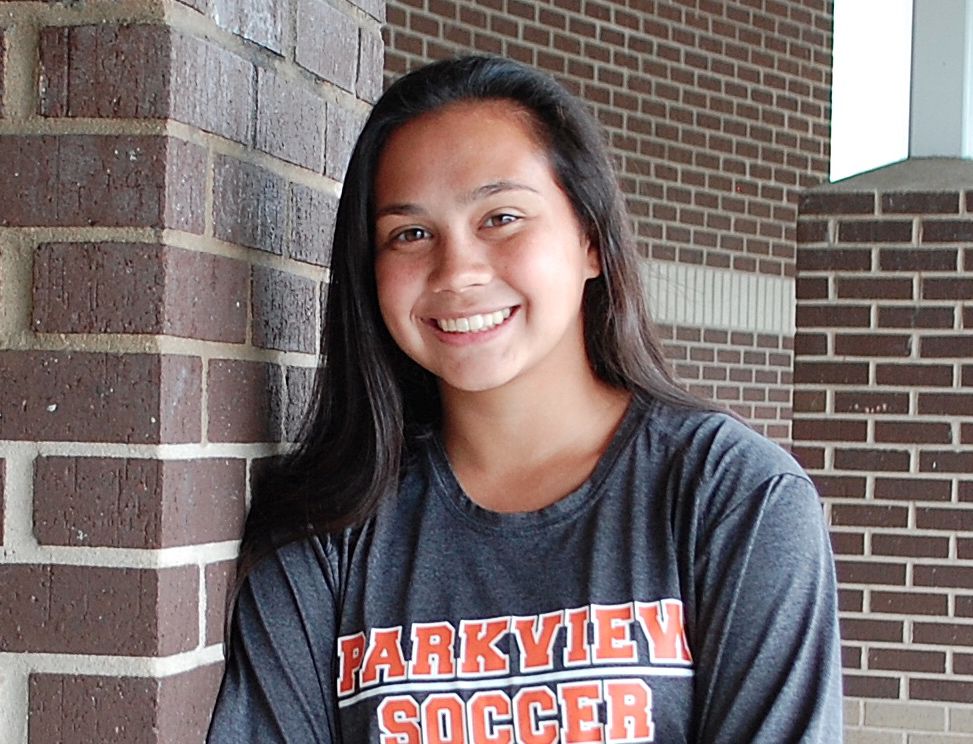 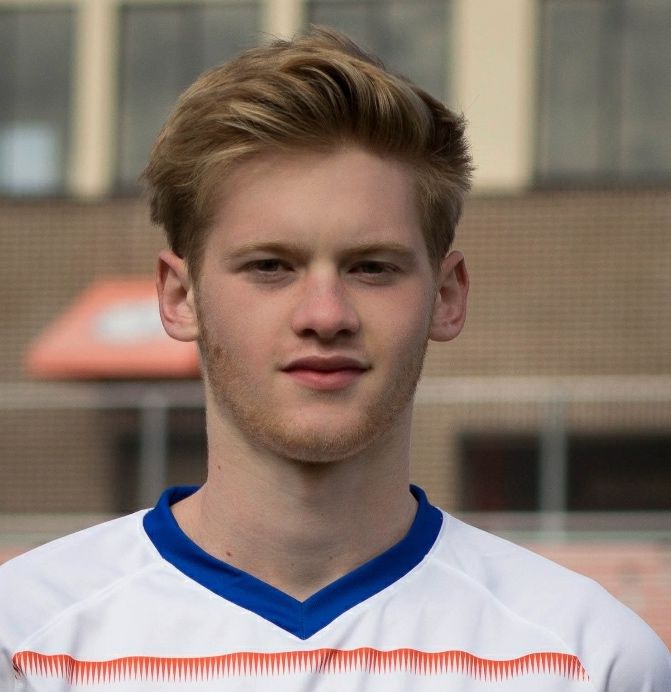 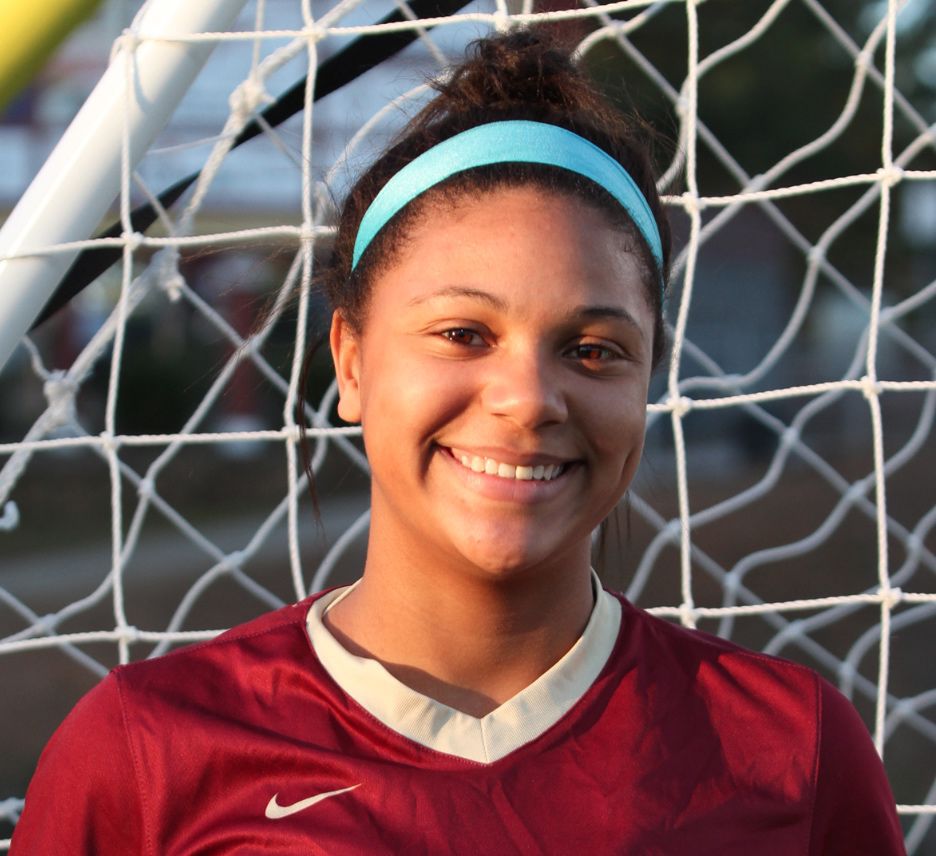 Best Gwinnett soccer player not on my team is: Parkview’s Breanna Harvey

Coach Chad Carithers’ take: “Lily is a tremendous player and I am excited she is playing high school this year after playing DA last year. Lily is a versatile player who can play defense or midfield. She is going to be a huge help to us this year and will be one of our leaders. Lily shows up every day with a smile on her face and ready to work hard. When one of your leaders always shows like that, it trickles down to everyone else on the team and drives everyone to do their best that day.”

• Two-time region player of the year

Coach Colleen Foy’s take: “Becky is extremely talented. Her skill, speed and vision of the field makes her an immediate threat to opponents. But what sets Becky apart from other athletes is her work rate and tenacity to win the ball. She is fearless out of the air and is one of the hardest working players on the team both in practices and in games. Becky has led the team in goals and assists since her sophomore year here at Dacula and was named the Gwinnett County 6A player of the year last year. Becky has been a tremendous asset to our program the last three years and I am very optimistic for her contribution this year. I feel lucky to be able to coach her and I am very proud of her success and humility. Becky has a very bright future ahead of her at KSU.”

Coach Judson Hamby’s take: “We are excited to have Nieva back with the team. She raised the standard for high school soccer last year and the scary thing is she has been improving her game this year. She models for our program every day that hard work and excellence on and off the field can get you anywhere in this life.”

Coach Judson Hamby’s take: “Michelle has had an unbelievable four years for our program. She continues to raise the standards of our program with how she carries herself and how she is always asking more from our players. Her leadership and character on and off the field is going to carry her far in this life. She is not finished yet and we are excited to see how she helps the team finish her high school career.”

• Helped Wesleyan to the state championship as a freshman

Coach Lacy Gilbert’s take: “Lucy is a dream to coach and a true leader by example. She played a huge role in Wesleyan’s 2017 state championship season as a freshman, leading the team in scoring with 35 goals and was second in assists with 27. She raises the level of play of those around her by being one of the most driven and competitive players in practices and games. She has an eye for the goal and composure in front of the net that allows her to put away her chances. Her ability to beat players 1 vs. 1 down the sidelines to slip a ball in the box, her speed with and without the ball, her seemingly unending stamina and her willingness to sprint back to win a ball in our defensive third is a huge asset for us.”

• Has been anchor of Archer defense at center back

• All-county the past two seasons

Coach Jennifer Crawford’s take: “Lauren is the type of player every coach dreams of having on their team, and is absolutely deserving of this honor. She is a leader, an extremely hard worker and the player her teammates look to when they need a lift or motivation. She truly loves soccer, her teammates, and winning. Besides her undeniable soccer skill, she is second in her class academically, involved in many clubs, extracurricular and community activities, a two-year team captain and an all-around outstanding young woman. She is one of the most well-rounded players I have had the honor of coaching, and I know she will achieve whatever dreams she sets for herself in college and life. She has had a tremendous impact on Archer High School both athletically and academically, and I look forward to see what she will accomplish her senior season.”

Coach Billy Coxhead’s take: “It has been my privilege and a great blessing to be able to coach my youngest son for his high school soccer career. From my perspective, I have never had a conflict with coaching Liam because he is always one of the hardest workers and most dedicated servant leaders on the team. In addition, he always tries to be a good teammate by being humble, by encouraging his teammates with his words and by quickly forgiving his teammates when they make mistakes. During games, he is a tireless worker with great vision for finding the open man. This is reflected in the statistic that he already holds the school record for most assists in a career with a senior season to go. Needless to say, I would take a team full of Liam Coxheads any day.”

Best Gwinnett soccer player not on my team is: Wesleyan’s Liam Coxhead

Coach Thom Jacquet’s take: “Jack is very strong technically and sees the game really well. His ability to make the right pass and his ability to play with either foot has always been what I thought elevated Jack as a player. His tireless dedication to training and his willingness since he was very young to work on parts of his game that most people don’t work on has paid off for him. He has a coach’s understanding of the game, and that translates on the field. We have spent thousands of hours over the years together in the game and it has been a joy since the very first day. His commitment to our program has been first class, and I am looking forward to working together for his last season in high school.”

• Had 10 goals, including seven game-winners, and five assists last season

Coach Adel Mohsen’s take: “Harbin Ji is one of the most versatile, dynamic, talented players that I have had the pleasure of coaching. He is a quick and skilled midfielder that will cause a lot of problems for defenses. To me, he is a true hidden gem that colleges in the area need to take notice of. He is a leader on and off the field and was voted team captain as a junior. Harbin is an outstanding student that takes AP classes and truly embodies what it means to be a student-athlete.”

Best Gwinnett soccer player not on my team is: Meadowcreek’s Fabian Rivas

Coach Danny Klinect’s take: “Alec is a special player that I’ve been very lucky to have coached for four years now. He will be a four-year letterman after this year and this is his third year as captain. Those two achievements alone speak volumes of the type of person Alec epitomizes. He’s a consummate leader that leads by example. He’s a very technically gifted player that is extremely versatile. He may be a 10-goal, 10-assist player this year.”

Dream job: Pilot or be my own boss

• Had nine goals, including three game-winners

Coach Frank Pitt’s take: “Cristhian is a fantastic kid. All he wants to do is make himself better, whether it’s on the field, in the classroom or in life. This is his third year at Norcross and when he arrived, he could barely speak English. He has improved his English and now is a vocal leader on our team. He is a natural goal scorer and we look forward to him adding to his account again this spring.”

Best Gwinnett soccer player not on my team is: North Gwinnett’s Jonathan Laurent

Coach Ryan Sutton’s take: “The best way I can describe James Williams is pure class. James is a four-year varsity starter and two-year captain which says an awful lot when your teammates select an underclassman to lead them. James was an instrumental leader in 2018 helping guide our team to the state semifinals and he is looking to add one final accomplishment, state champion, to his decorated high school career. James is the reigning 6-AAAAAAA Forward of the Year and is an explosive attacking player with great speed and physicality. Through amazing parental support at home, you will always find James smiling and putting others first. James carries a 3.3 GPA and a charismatic positive outlook on life. James has increased his goal production each year recording 2, 6 and 10 goals per season over the past three years. The best is yet to come for James Williams.”

No matter the formula, production expands for Peachtree Ridge’s Williams

No matter which mathematical equation is used, Peachtree Ridge forward James Williams has seen his production jump throughout his career on the soccer pitch.