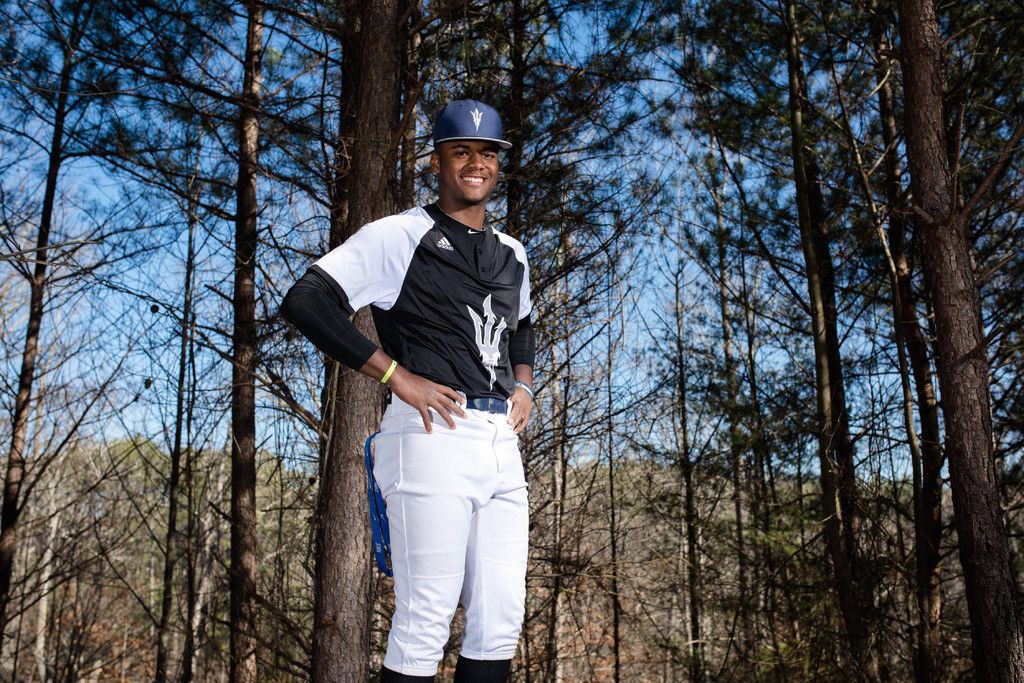 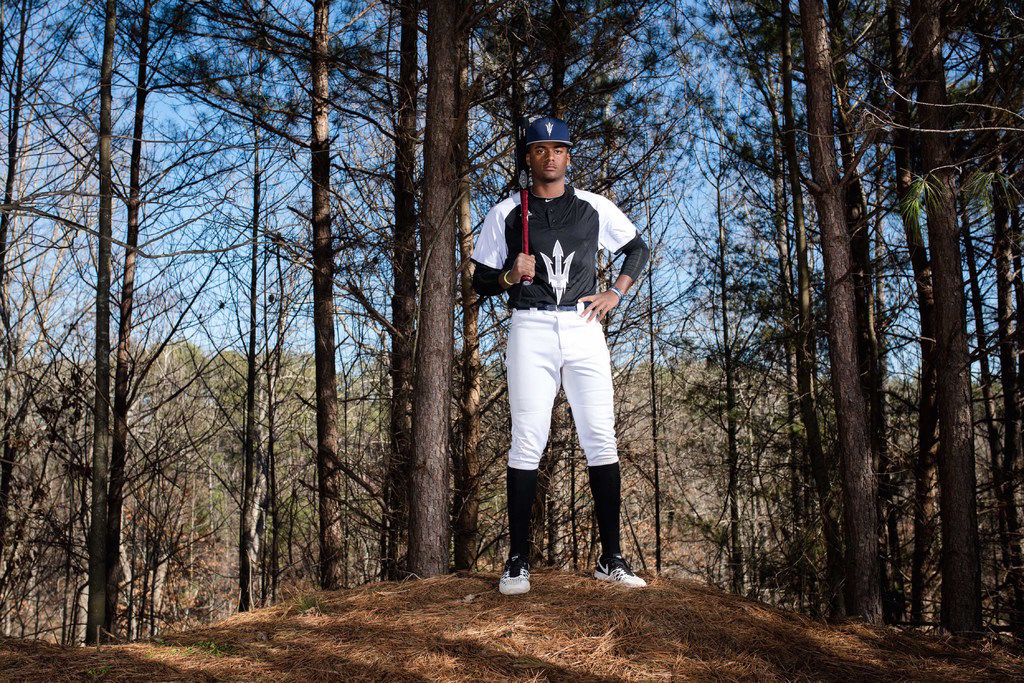 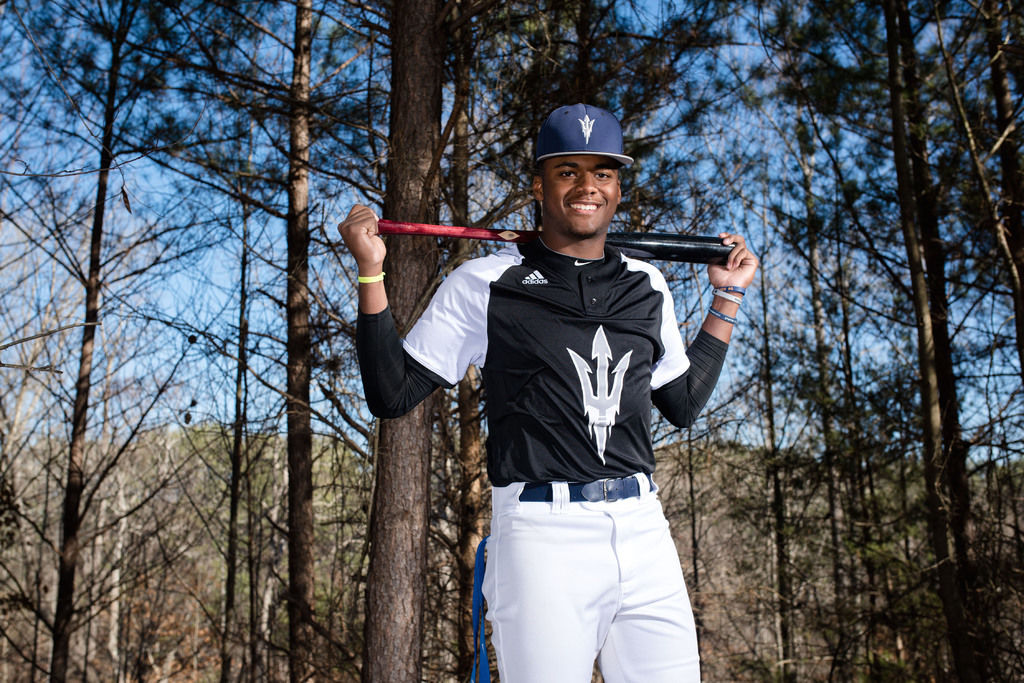 For a long time, Baron Radcliff thought football would be the primary sport of his athletic life.

In fact, finding better competition to play against on the gridiron, and thus giving him a chance to develop and perhaps play at the next level, was among the reasons his family moved from South Carolina to Norcross prior to his freshman year in high school.

Yet, baseball has always had a special place in his heart — and in the consciousness of college and pro scouts.

“I wanted to go to college to play football and hopefully get to a school that would let me play both,” the 6-foot-4, 212-pound Norcross senior said. “Then I got to the point where I was outcompeting kids at camps for football, but not getting the bigger (scholarship) offers I was looking for. Then I found that some colleges were scared to lose me to baseball.

“On the baseball side, they were scared to lose me to football. So once I declared that I was baseball only (college recruitment and pro scouting) really took off. I committed to Georgia Tech. The MLB Draft stuff came in.”

Indeed, even as he’s become one of Gwinnett County’s top high school quarterbacks in football, Radcliff’s baseball career has really taken off.

As his senior season approaches, the Blue Devils’ Super Six outfielder knows his future lies on the diamond.

Sure, Radcliff saw his production skyrocket on the football field this past fall as he threw for 2,524 yards and 25 touchdowns in leading Norcross to a Region 7-AAAAAAA championship and a berth in the second round of the Class AAAAAAAA state playoffs.

But as much faith as he earned with his teammates on the football field with his rapid improvement, he made an equally big impression on his baseball teammates with how far he’s taken his game over the past three seasons in the Norcross program.

“He brings confidence to the team,” Norcross baseball coach Nick Drescher said of Radcliff. “He steps in the (batter’s) box and everybody feels like he’s going to get a big hit. Or if there needs to be a big throw from the outfield, he’ll make it.

“We feel good about him (coming through) in any situation.”

Radcliff’s ability to adapt to any situation has been at the heart of the upturn of his baseball skills, especially following a sophomore season that saw him slug five home runs and drive in 25 runs — big-time numbers considering the cavernous dimensions of Norcross’ home field — despite hitting just .239.

“Our field is probably one of the biggest fields in Georgia for high schools,” Radcliff said. “So I just try to play gap-to-gap. I don’t really worry about trying to hit it over the fence. I still can because I still have the power to, but as far as doing it in a game, I just shorten up (his swing) and try to go gap-to-gap.

“I don’t think too much about that because I’ve played on (big) fields and hit home runs. … We (also) play a lot of teams that play on smaller fields. So it does kind of change my approach (when playing at home).”

While he saw his home run total go down to just one during his junior season last spring, Radcliff did see his RBI total climb to 28.

More importantly, his batting average climbed almost 60 points to .298, which also allowed him to utilize his speed on the basepaths, where his stolen base numbers skyrocketed from three as a sophomore to 10 last year, all of which helped him earn second-team All-County honors from the Daily Post.

To be able to make such adjustment at the plate takes a lot of discipline, a quality it shouldn’t be too surprising that he possesses on and off the diamond.

After all, he’s had a good example to learn from.

While he never made it any higher than Class A ball, Radcliff’s father, Vic, did play five seasons of affiliated minor-league ball and two more seasons in the independent Texas-Louisiana League.

And Radcliff has not been shy about tapping his father’s experience about far more than just baseball fundamentals.

“It’s helped me a great amount,” Radcliff said. “He played pro ball, so he knows the way everything should be done. So, he’s been teaching me since I was little (about) what you’re supposed to do, what you’re not supposed to do, how to work. Working hard is essential as far as success goes.

“Really, him just teaching me how to take a professional approach to baseball since I was little. I’ve been at it so long, it’s kind of like second nature right now.”

While Radcliff can learn a lot from his father or his coaches, there are certain things about his game which have made him successful that can’t necessarily be taught, such as toughness.

That quality was on display during last season’s Class AAAAAA state playoffs, when he pulled a hamstring while legging out a double to lead off the bottom of the seventh and spark what turned into a game-winning rally of Game 1 of Norcross’ opening-round series against Northview.

Though the injury clearly limited him the rest of the postseason, Radcliff was still able to contribute at the plate during the team’s historic run to the state semifinals, the deepest playoff run the Blue Devils had made since the state championship season of 1963.

“It just showed the team his toughness,” Drescher said. “Even at 75 percent, it was better than him not playing at all. To sacrifice his own comfort like that and stick it out, it just shows his teammates what you need to do to win sometimes.”

As memorable as last year’s run was, the injury and the limitations it put on his game have only served to motivate him for his senior season this spring.

It also demonstrated the importance of conditioning and knowing his own body as he tries to close out his high school career successfully and take his game to the next level.

“It was frustrating because I would hit a double in the gap that really should be a triple for me,” Radcliff said of playing injured last year. “But I had to be satisfied with standing on second. Just trying to move forward with that injury, it was kind of like once it started to feel good again, it would pop again.

“After the baseball season for (high) school ended, I stopped playing and took a break for about a month. But it was kind of crazy because towards the end of summer, I pulled my hamstring again. So it was like, OK, we have to do everything we can to make sure this doesn’t happen again.”

Fully healthy, Radcliff definitely has a big future in baseball ahead of him.

Whether the immediate future is on the college level to join five other Gwinnett County seniors — including fellow Super Six selections Colin Hall of Wesleyan, Oscar Serratos of Grayson and Cameron Turley of Mill Creek — as part of Georgia Tech’s stellar recruiting class or being selected high enough in this summer’s Major League Baseball First-Year Player Draft remains to be seen.

Either way, Drescher sees Radcliff’s combination of raw talent, athletic versatility and baseball savvy as being a recipe for ultimate success.

“I think his versatility will really help him,” Drescher said. “He can play any outfield position. Before I joined the (Norcross) staff, I’m told he played some infield. And with the athletic ability you see from him on the baseball and football fields, he can be put in any situation and be successful.”