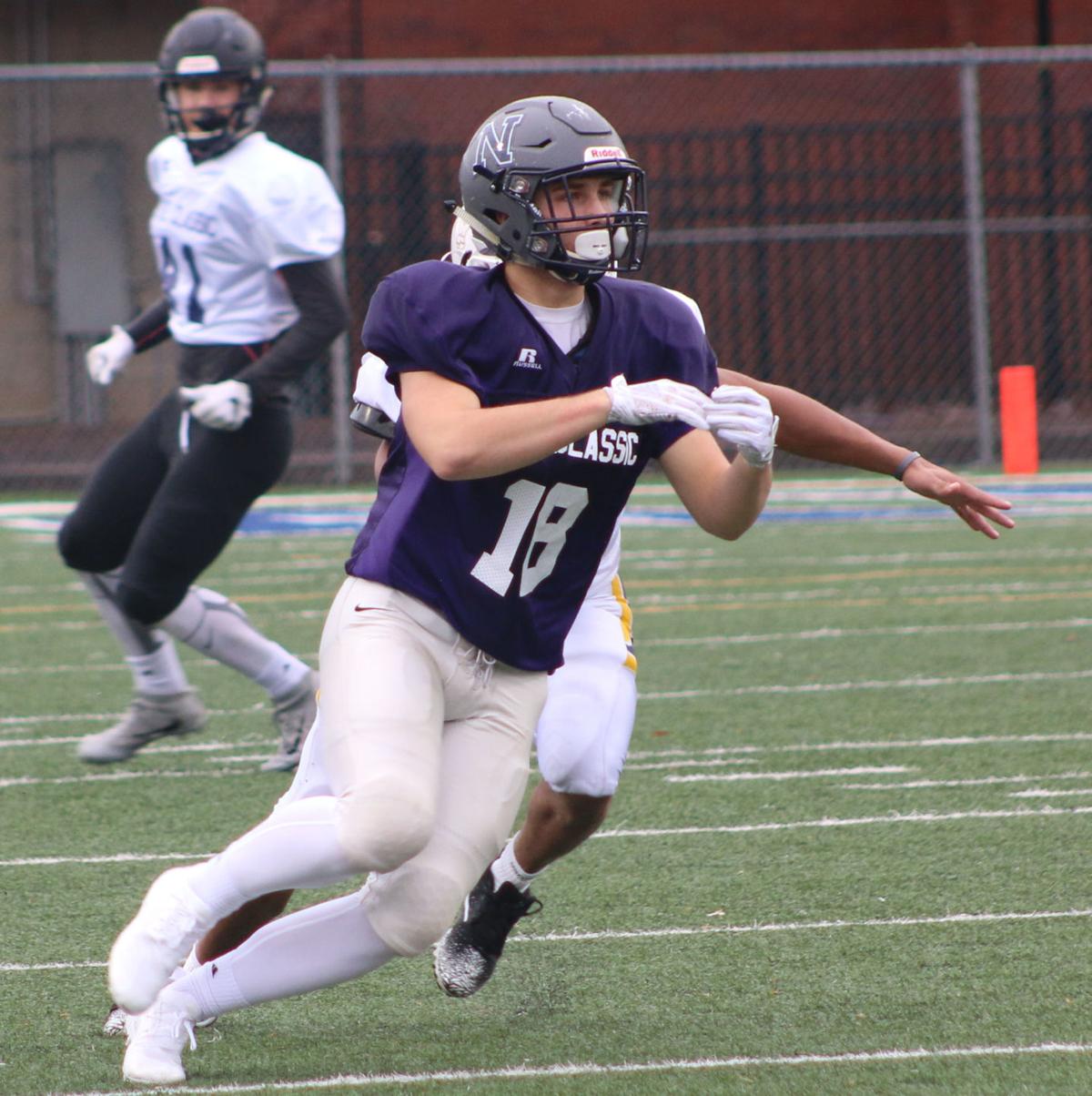 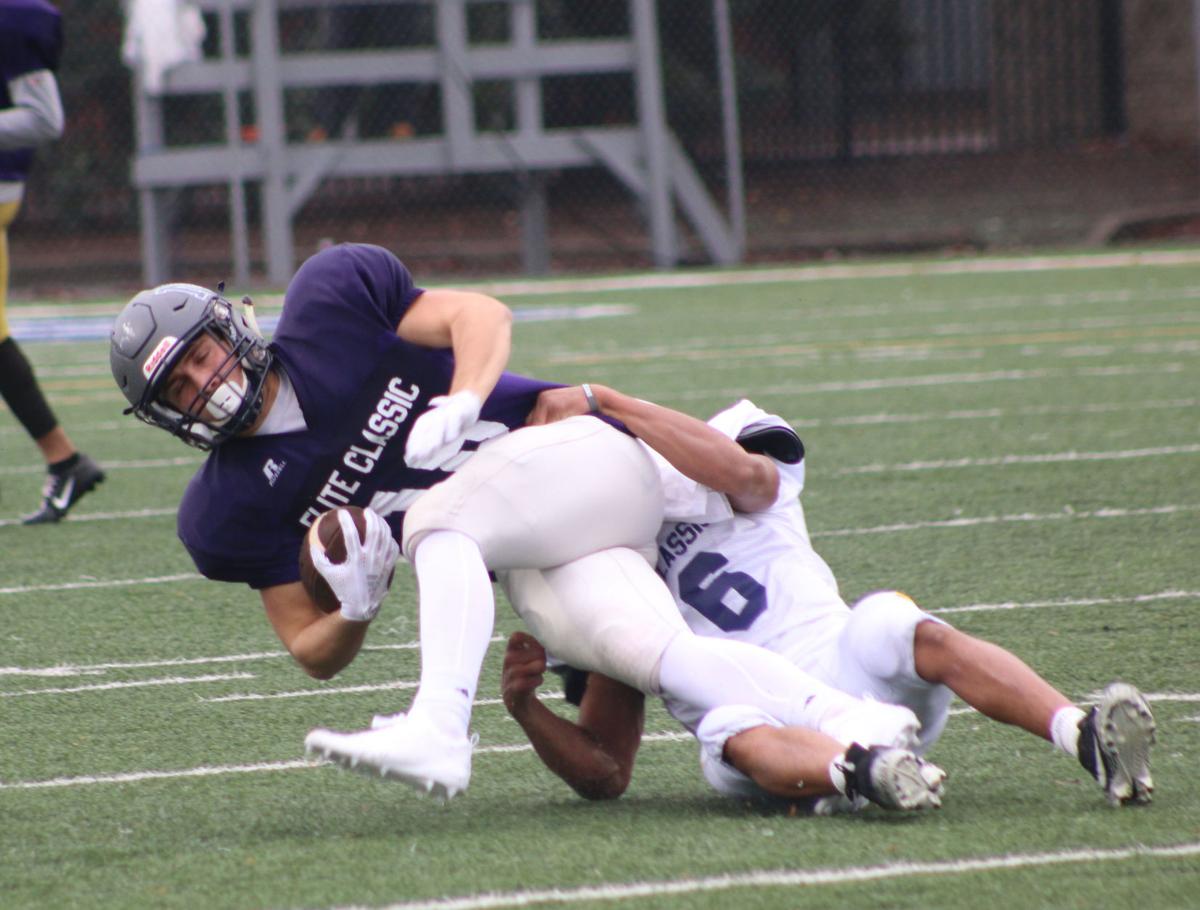 POWDER SPRINGS — Norcross senior wide receiver Hayes Sutton made the most of his two targets in the 2018 Georgia Elite Classic Senior Game at McEachern High School on Friday.

A few offensive plays after his first target fell harmlessly to the turf, he caught the second target as he was taken down over the middle of the field but prevented his knees from hitting the ground. He tacked on approximately 10 yards after the catch for a 25-yard reception.

That may have been the Norcross wide receiver’s only mark on the stat sheet, but he said he could make his mark and showcase himself in other ways without receiving targets in high volume.

“The coaches on the team obviously got to see me all week,” Sutton said. “I talked to a few and they said they would reach out because they like the way I move. That’s one advantage to it.”

The showcase was a good opportunity to Sutton to shine even after his high school football career is over. He is listed as 6 feet tall and 200 pounds. He caught 32 passes for Norcross during the regular season, but he was the Blue Devils’ third-leading receiver in terms of yards (500) behind Isaiah Wilson and Christian Sims. But his 36 receptions were second-most on the team.

Perhaps he was buried behind two all-county wideouts, but he still made acrobatic catches in the slot for Norcross. This week he tried to adapt to passes from two different quarterbacks, plus a steady drizzle throughout the senior game made passing a luxury.

“It’s taken a lot of getting used to adapt to different quarterbacks and how they throw,” he said.

Sutton plans to sign during the regular period, which begins in February. He is planning some official visits and currently holds offers from Gardner-Webb, Saint Anselm and Centre College.

“I was trying to come out here and show myself to more coaches, because I’m still looking,” Sutton said.